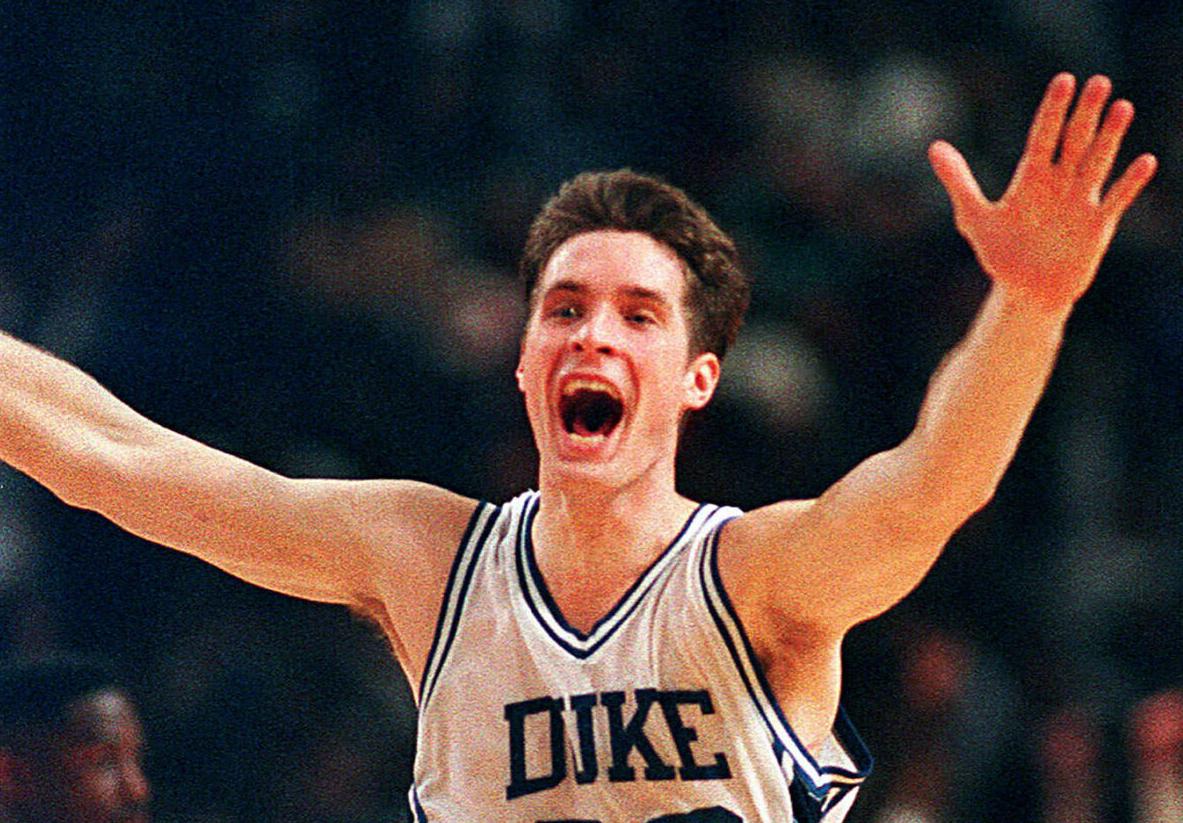 1992 — Christian Laettner hits a 15-foot turnaround jumper at the buzzer to give defending champion Duke a 104-103 overtime victory over Kentucky and a fifth consecutive Final Four trip. 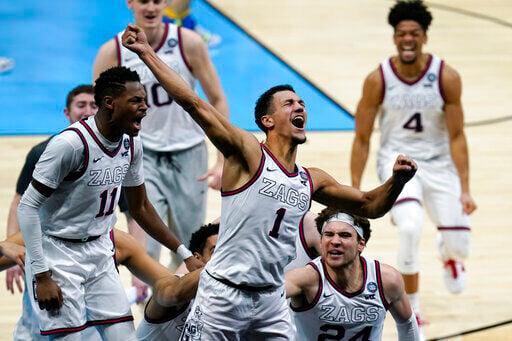 All hail Christian Laettner, whose turnaround jumper stands alone across time, and Tara VanDerveer, who stands alone as the winningest coach in the history of women’s basketball. He is a Nichols School graduate. She is a Buffalo Seminary grad. And Western New York lays claim to both.

We hope you were watching the men’s tournament Saturday night, when Jalen Suggs banked in a buzzer-beater for the ages from nearly half court to give Gonzaga a 93-90 overtime win against UCLA. Laettner wasn't watching; but was awoken by texts. And we hope you were watching Sunday night when Stanford beat Arizona, 54-53, as the Cardinal won VanDerveer’s third national championship. (Anyone who tells you they don’t like women’s basketball actually means they don’t like basketball.) Stanford came away with a pair of one-point wins in the Final Four — with a ball in the air that could have beaten them at the buzzer both times.

The Suggs shot for Gonzaga will live forever in TV montages, and more so if the Zags complete their undefeated season Monday night against Baylor in the men’s national championship game. Pundits instantly called his shot even better than the one Laettner made to give Duke a win against Kentucky in the Elite Eight of the 1992 tournament. Such pundits are wrong. Here’s why:

• Laettner’s shot meant more. If it missed, Duke would have lost. If Suggs missed, it would have meant a second overtime. He was playing with house money.

• Laettner’s shot was shorter but tougher. Grant Hill, who was on the call for CBS for the Suggs shot Saturday, took the ball out under his own basket and threw a perfect three-quarter-court pass to Laettner, who caught it near the foul line – his back to the basket – with 2.1 seconds to play. He spun around, dribbled once, and let fly a fadeaway. Bang! Duke 103, Kentucky 102.

• Laettner’s shot was dead-solid perfect. Suggs’s shot hit glass and banked in – a little lucky. But don’t take my word for it: Gonzaga coach Mark Few himself called it that. Give Few full credit for not calling timeout when UCLA scored with 3.2 seconds left, allowing Suggs to take a pass heading downcourt at full speed. He dribbled twice with his left hand, then crossed over into another dribble with his right, and pulled up for his forever shot just a couple of steps past midcourt.

None of which is to say that the Suggs shot wasn’t a great one – of course it was! – just that Laettner’s was a little better. Not that he necessarily agrees.

Laettner told First Coast News, a TV station in Jacksonville, where he lives, that the Suggs shot and his shot “might be a little bit equal” Þ and that maybe better than both was the Kris Jenkins' game-ender for Villanova that beat North Carolina for the 2016 national title because “that was for all the beans, all the marbles, right there.”

But that one was a tie game, too. Hey, we’ve got your back, Christian: Your shot turned certain defeat into sudden victory – and led to a national championship. That’s why Gonzaga needs to win Monday night to validate Suggs’s shot in the pantheon.

Speaking of national championships, VanDerveer’s Cardinal are the first to win the women’s or men’s tournament with one-point margins in both of their Final Four games. That’s coaching, folks.

So is this: Stanford spent 63 days on the road this season because Covid-19 restrictions in Santa Clara County kept the team away from home. Holding a team together under those circumstances was less about Xs and Os and more about leadership.

“She’s a great leader and a great coach but an even greater person,” Cardinal point guard Kiana Williams said on ESPN as confetti flew. “We know that she cares about us as people and not just basketball players.”

VanDerveer looked almost subdued when she took the microphone. “This is a dream come true for our team,” she said. “I think it will probably hit me in the morning.”

This summer it will be 25 years since VanDerveer coached the U.S. women’s Olympic basketball team to a gold medal at the Atlanta Summer Games. And 25 years before that, she was a senior at Buffalo Seminary. If the school is able to hold a 50th reunion this year for its Class of 1971, VanDerveer won’t need a name tag.

She’ll be the one with the most wins in the history of women’s college basketball – and her first national title since the same year that Laettner hit a shot that echoes.

Buffalo Bisons legend Jeff Manto is to be introduced Monday as manager of the Trenton Thunder, but now the Thunder will have to find somewhere else to call home.

1992 — Christian Laettner hits a 15-foot turnaround jumper at the buzzer to give defending champion Duke a 104-103 overtime victory over Kentucky and a fifth consecutive Final Four trip.