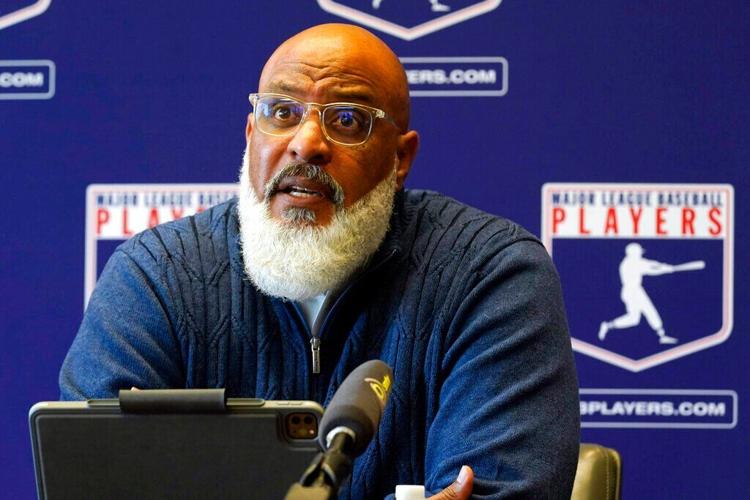 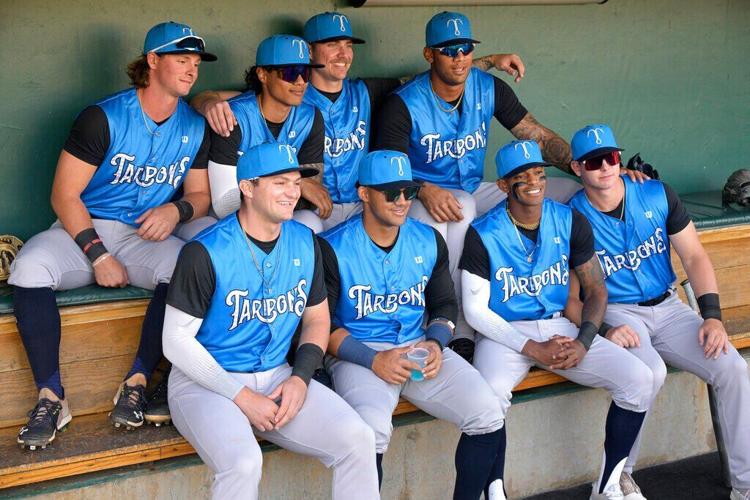 The players' association said Monday it is circulating union authorization cards among players with minor league contracts to form a separate bargaining unit from the big leaguers.

While the average major league salary is above $4 million, players with minor league contracts earn as little as $400 a week during the six-month season.

“The working conditions facing these players have been nothing short of offensive,” union head Tony Clark wrote in a letter Sunday to player agents. “Poverty wages, oppressive reserve rules, discipline without due process, ever-expanding offseason obligations, appropriation of intellectual property, substandard attention to player health and safety, and a chronic lack of respect for minor leaguers as a whole (to name just a few) — these cancers on our game exist because minor league players have never had a seat at the bargaining table. It’s time for that to change.”

The union's executive board unanimously approved the minor league initiative on Friday.

Clark was not available to respond to questions, spokesman Chris Dahl said.

Signed cards from 30% of minor leaguers in the bargaining unit would allow the union to file a petition to the National Labor Relations Board asking for an union authorization election. There are 5,000 to 6,500 U.S.-based minor leaguers at any given time, MLB estimates, the number increasing when new players sign each summer.

An authorization election would be decided by majority vote. MLB also could voluntarily recognize the union representing the bargaining unit, a process that typically can occur if a majority of the unit signs cards.

The staff of Advocates for Minor Leaguers, which formed two years ago, quit and will work for the MLBPA. The union gave the minor league group $50,000 last November.

“This generation of minor league players has demonstrated an unprecedented ability to address workplace issues with a collective voice,” Harry Marino, the executive director of Advocates for Minor Leaguers, said in a statement. “Joining with the most powerful union in professional sports assures that this voice is heard where it matters most — at the bargaining table.”

Players with major league contracts, of which there are approximately 1,200, are represented by the union, which since the 1981 strike settlement also has negotiated terms for those on option to the minor leagues.

In addition, MLB this year began requiring teams to provide housing for most minor leaguers.

Prodded by the minor league advocacy group, leaders of the Senate Judiciary Committee said last month they planned a hearing on the sport’s antitrust exemption.

Unionizing could limit the minor leaguers’ ability in future lawsuits. The Supreme Court ruled in the 1996 case Brown v. Pro Football Inc. that unionized industries are exempt from antitrust challenges.

The big league union had long declined to represent minor leaguers, though its labor contract specifies terms for the amateur draft and signing bonuses for amateur players. There were 128 draft picks this year who agreed to signing bonuses of $500,000 and up, including 82 for at least $1 million.

The players' association negotiated its first collective bargaining agreement in 1968 and has gone through nine work stoppages, the latest a 99-day lockout that delayed the start of this season.

Major League Baseball and lawyers for minor leaguers agreed this year to a $185 million settlement of an 8-year-old federal lawsuit alleging violations of minimum wage laws. An early estimate is that perhaps 23,000 players could share roughly $120 million with an average payment of $5,000 to $5,500, and their lawyers will split $55.5 million.

Every first round pick in the 2022 MLB Draft

Competitive Balance Round A

Addison Barger's single in 10th drives in winner for Bisons

The Bisons have four games left in their season, all at Scranton/Wilkes-Barre.

Jack Dunn's two-run double to left snapped an eighth-inning tie and the Rochester Red Wings went on to beat the Buffalo Bisons, 7-4, Saturday …

Aaron Judge fell a few feet short of a record-tying 61st homer, hitting a 404-foot drive caught just in front of the center field wall, and the New York Yankees beat the Boston Red Sox 5-4 on Josh Donaldson’s 10th-inning single to clinch their sixth straight playoff berth. Judge had walked three times and struck out once before he came to the plate with the score tied 4-4 in the ninth. He drove a fastball from Matt Barnes just to the right of straightaway center. The ball left the bat at 113 mph, and fans waited in anticipation as Judge jogged toward first base. But they groaned in unison as Kiké Hernández made the catch a step in front of the fence.

Aaron Judge hit his 60th home run and Giancarlo Stanton followed minutes later with a game-ending grand slam, completing the New York Yankees’ stunning five-run, ninth-inning rally to beat the Pittsburgh Pirates 9-8. Judge moved within one of Roger Maris’ American League record when he turned on a sinker from right-hander Wil Crowe and drove it 430 feet into the left-field bleachers, pulling New York within 8-5. Judge matched the 60 home runs Babe Ruth hit for the 1927 Yankees to set a big league record that stood for 34 years.

Aaron Judge disappointed fans by staying stuck at 60 homers but doubled twice and scored on Oswaldo Cabrera’s first-inning grand slam that started the New York Yankees to a 14-2 rout of the Pittsburgh Pirates. A day after hitting home run No. 60 to spark a stunning five-run, ninth-inning rally capped by Giancarlo Stanton’s game-ending slam, Judge doubled on the first pitch to him in the first and fifth innings. Judge leads the AL in average, home runs and RBIs, in position to become the first Triple Crown winner in a decade. Cabrera and Gleyber Torres had five RBIs each.

“It’s just a baseball. They deserve to have it. We play this game for the fans. So whether they want to give it back or they want to keep it, I don’t have any problem with it,” Pujols said.

The Houston Astros clinched their fifth AL West title in six years, getting a leadoff home run from Jose Altuve in a 4-0 victory over the Tampa Bay Rays. Headed to the postseason for the sixth straight season, Houston won for the eighth time in nine games and improved the AL’s best record to 97-51. Luis Garcia won his fifth straight decision, giving up two hits and four walks in five innings while striking out four. Hunter Brown and Héctor Neris finished a five-hitter, the Astros 16th shutout this season.

Scherzer perfect for 6 in return, wins 200th as Mets clinch

Max Scherzer was pulled from his 200th win with a perfect game intact, and the New York Mets clinched their first playoff berth in six years by beating the Milwaukee Brewers 7-2. Reinstated from the injured list before the game, Scherzer struck out nine in six innings. The 38-year-old ace threw only 68 pitches, but that was as far as the NL East leaders let him go in his first start in 16 days. Christian Yelich doubled leading off the seventh against Tylor Megill. Pete Alonso hit a three-run homer off Cy Young Award winner Corbin Burnes, and the Mets won their fifth straight to wrap up at least one of the three National League wild cards. They lead the NL East by one game over Atlanta.