Buffalo memories: Dusty Baker on the Rockpile, Polish names and the Bills
0 comments
Share this
Support this work for $1 a month
1 of 2 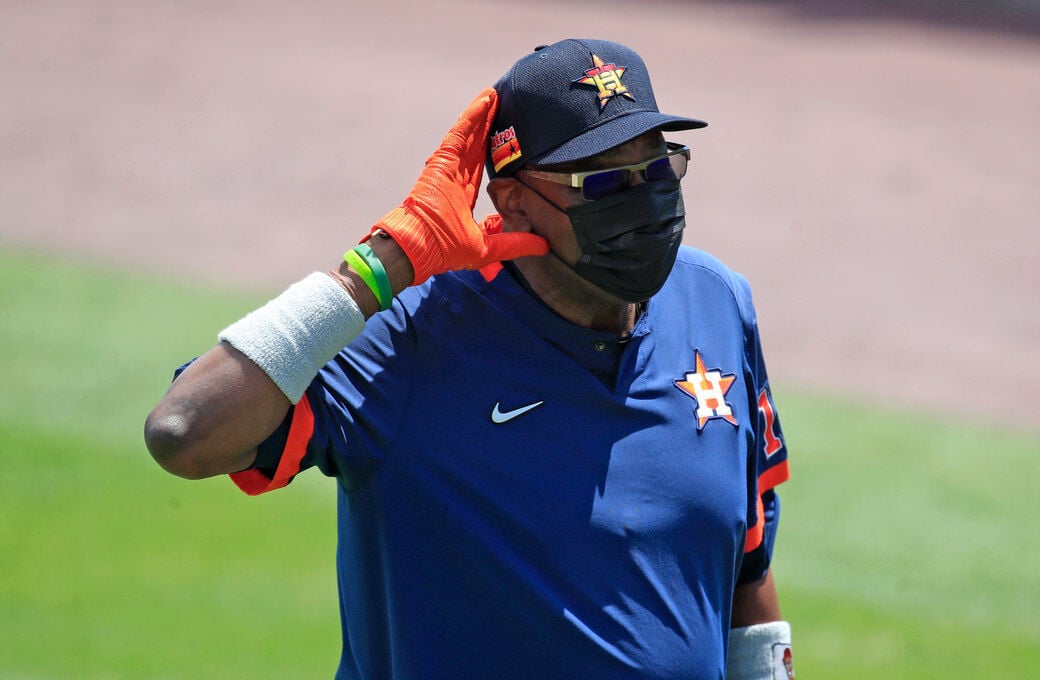 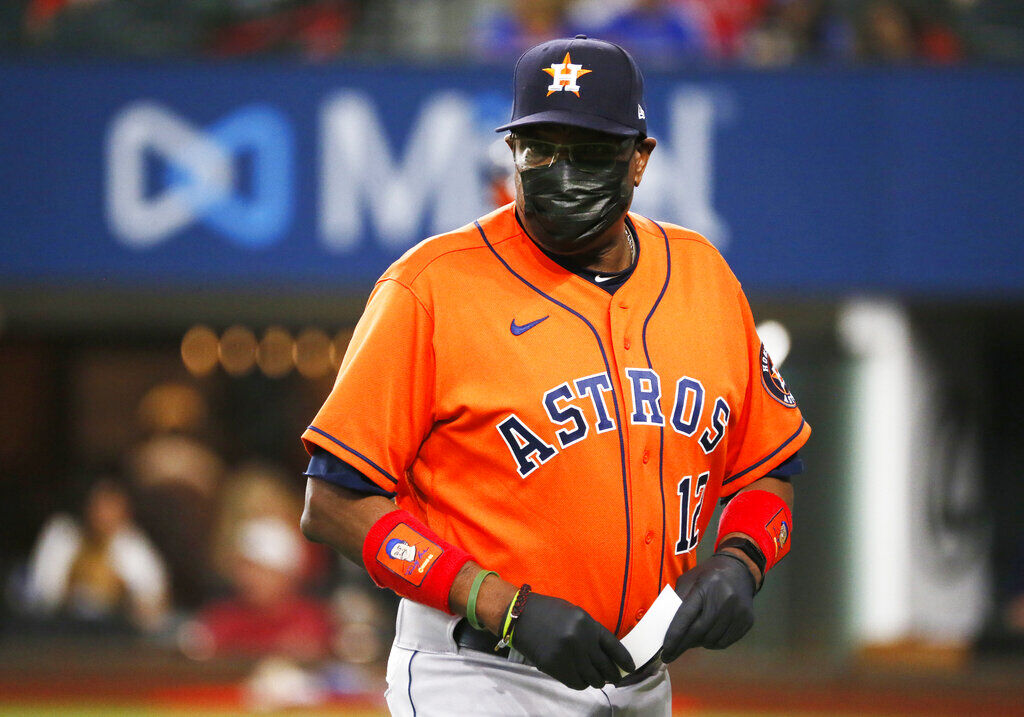 Manager Dusty Baker has the Astros battling for their fifth straight playoff berth.

One of the great sages of baseball, Houston Astros manager Dusty Baker is back in Buffalo this weekend – for the first time since 1969 when he was a 20-year-old in Triple-A playing for the Richmond Braves. The Bisons were in their final season as a Washington affiliate.

Martin Maldonado crushed a first pitch grand slam over the wall in left field to chase Toronto Blue Jays starter Hyun Jin Ryu from the mound with two outs in the sixth inning and help lead the Houston Astros to a 13-1 victory on Friday night at Sahlen Field.

"They had some some guys over there, they were as big as my father," Baker said with a laugh prior to Friday's Sahlen Field opener against the Toronto Blue Jays. "And I was like, 'These guys, on the Senators. Man, if they're in Triple-A, I don't know if I'll ever make it.' All those guys were nice to me on other side, called me the kid."

Baker, who is 10 days away from turning 72, is trying to lead the Astros to their fifth straight playoff berth and they were impressive in their 13-1 win here in Friday's series opener over the Toronto Blue Jays. The teams meet again Saturday at 3:07.

Baker said he used to pull out the phone book in any new town he visited in the minor leagues and was baffled by the preponderance of long Polish names he saw in Buffalo.

"I wanted to see what the predominant race was, what the predominant churches were to try to get a bead on where I was," he said. "Well, I've never seen so many names that I couldn't pronounce with as many consonants in it as in Buffalo. And I was trying to figure out how to pronounce the names. That was interesting to me."

Baker said he remembered one April trip here where games were postponed by cold weather in both Buffalo and Syracuse.

"April wasn't really conducive to baseball because I'm a hot weather man, but I still I felt like I was going to a town that was full of history when I came to Buffalo," he said. "My recollection was that they had the shortest right field and highest right field that I had ever seen (in War Memorial Stadium). It was similar to when I grew up as a kid going to the LA Coliseum watching the Dodgers. They had the shortest left field that I'd ever seen."

Baker said the coolest part about the trips to Buffalo was the fact his games were at the home of the Bills.

"You could tell this was a football stadium in Buffalo and I was a big football fan," he said. "And I remember they had big Cookie Gilchrist on the Buffalo Bills and I liked the helmets, too. They had some football players come through here. Jack Kemp at that time, later they had Thurman Thomas, and O.J. Simpson was a good friend of mine in LA and I started following the Bills."

Kurt Manwaring, Baker's starting catcher in San Francisco in the early '90s, was from the Elmira-area town of Horseheads and was a huge Bills fan who endured the crushing Super Bowl losses.

"Every Super Bowl, they'd be ahead and then he'd call everybody at halftime and talk stuff," Baker said. "And then after the game, he would never answer his phone because something would always happen. I felt badly for the Buffalo Bills. I remember more about Bills football than I did baseball here. They had so many good players on this team. That's what I remember mostly about Buffalo, is football."

The relationships between a Triple-A baseball team and its major-league parent can often be tenuous. We've seen that first-hand.

The Toronto Blue Jays went 3-2 on their first homestand of the season at Sahlen Field, a modest success on the field but a smash hit off of it.

Three sources told The Buffalo News that the Jays are likely to play their six-game homestand from July 16-21 against Texas and Boston in Buffalo.

Tickets for 16 games from June 24-July 21 go on sale for Bisons season ticket holders at 10 a.m. Tuesday and to the general public at 10 a.m. Thursday.

The home run was part of the first three-hit game of Heim's MLB career.

Guerrero is 7 for 11 and has homered in all three games of the Blue Jays' series in Boston.

The Buffalo Bisons are going to have a former World Series MVP in their lineup when they open a 12-game road trip Tuesday night in Rochester.

Cue the noise: The Astros are spending the weekend in Sahlen Field

The Astros have been getting their comeuppance this season for their metal can-banging misdeeds that tainted their 2017 World Series run.

Doesn't matter if they strike out 15 times, deal with cascading rain for three innings or endure the first rough outing of Alek Manoah's season.

As Jays are wowed by Sahlen Field improvements, return to Toronto remains murky

The Blue Jays are committed here through July 4 and it's expected they'll be making a decision soon on the homestand that opens July 16.

Manager Dusty Baker has the Astros battling for their fifth straight playoff berth.