Shade alert: The Twitter feeds of the Washington Nationals and Toronto Blue Jays have been slinging some mud in advance of Wednesday night's game in Nationals Park.

The Jays, remember, will be batting as the home team the next two nights in D.C. after beating the defending World Series champions there the last two nights there as the visitors.

Tonight's game is technically Toronto's "home opener" although it's not being played in Buffalo as work continues to prep Sahlen Field for the Jays' scheduled opener here Aug. 11 against Miami.

(The big job of swapping out light bulbs at Sahlen got going Wednesday and traffic was blocked off on Washington Street to allow some of the work to be done).

Wednesday's game in Washington, which has a 6:05 p.m. first pitch, is notable because it's the MLB debut of top Toronto pitching prospect Nate Pearson, and longtime Washington ace Max Scherzer will be his opponent. The Nats' Twitter feed pumped the game with a picture of Scherzer under a notation that read: "Comin' at you live tonight from scenic *checks notes* Buffalo?"

Responded the Jays' feed atop a picture of a confused Jays player in the dugout: "Buffalo looks a lot like D.C." followed by the confusion emoji.

Former NBC correspondent Luke Russert, son of late "Meet the Press" host Tim Russert, said: "If we could ever get Duff's Wings and LabattUSA at Nats Park with Buffalo prices there’d be a run on season tickets."

There was a "Go Bills" replay with a GIF of Josh Allen's infamous leap in Minnesota and, of course, there were the requisite table-smashing GIF files as well.

The Marlins are the first opponent scheduled to play the Toronto Blue Jays in Sahlen Field, with games here slated for Aug. 11-12.

The veteran pitcher says the adversity of waiting on a home field can bring his team together.

Amid Marlins' Covid-19 outbreak, work presses on at Sahlen Field

The Marlins are the first team scheduled to meet the Jays in Buffalo on Aug. 11-12. 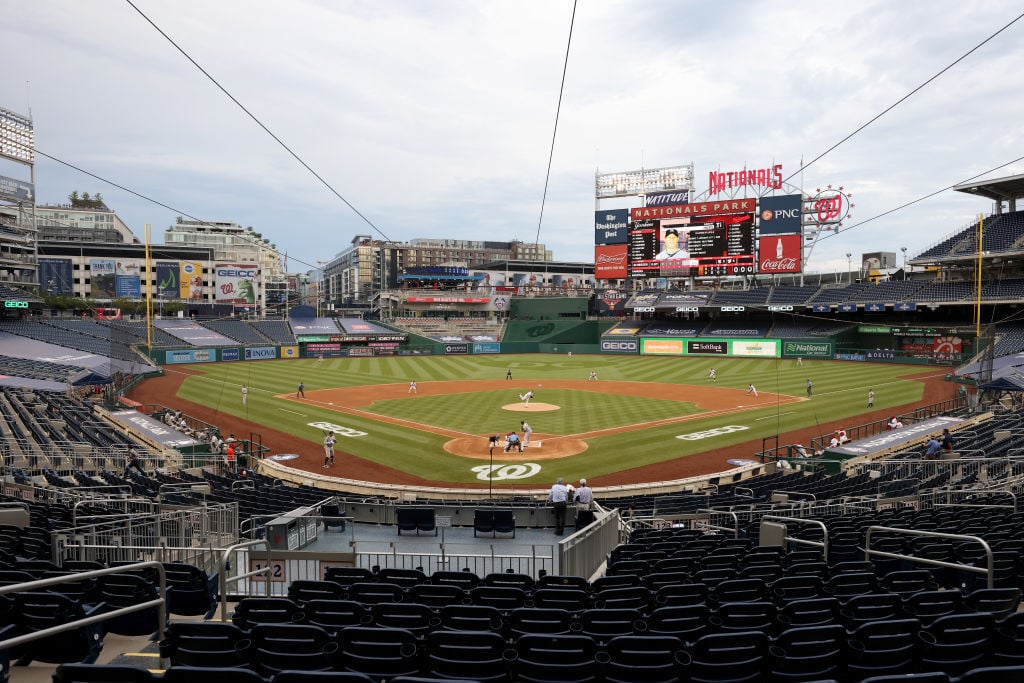 The scene at an empty Nationals Park as Max Scherzer pitches in last Thursday's season opener against the New York Yankees. 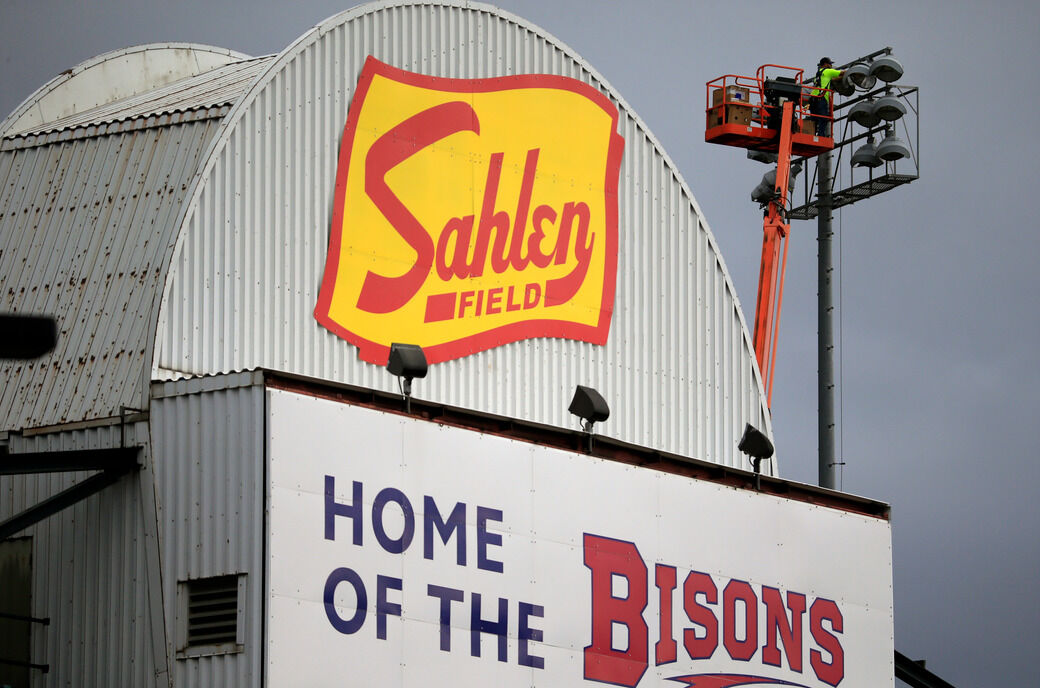 Workers replace bulbs in the lights above Sahlen Field on Wednesday, July 29, 2020.