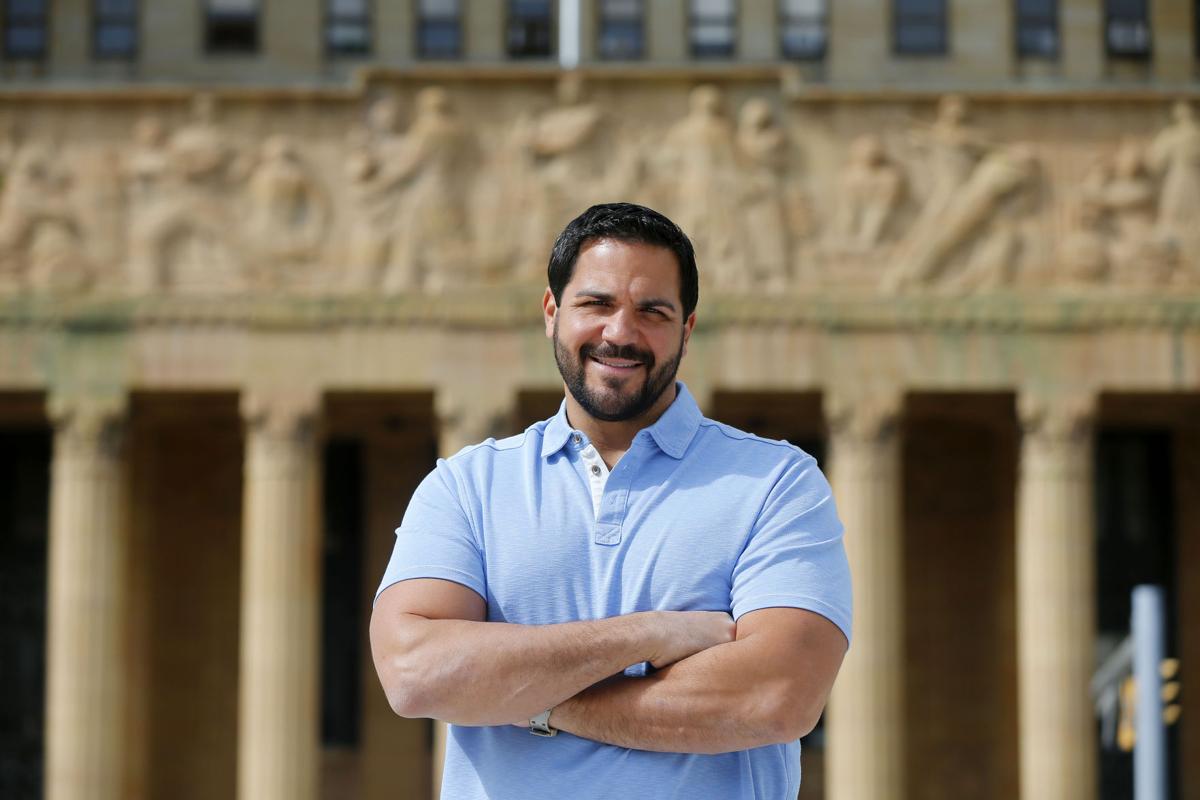 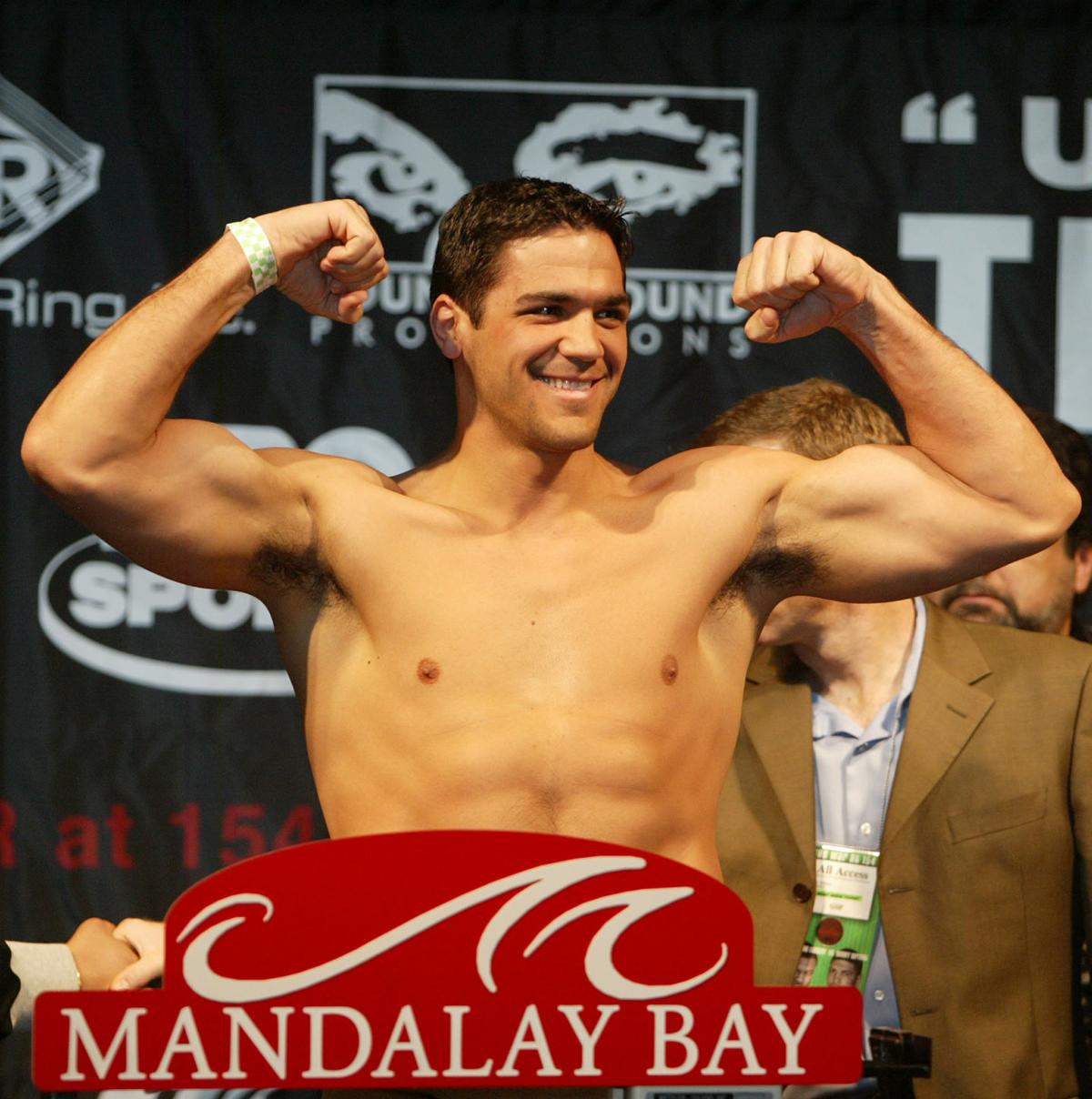 This is part of a series highlighting the Greater Buffalo Sports Hall of Fame's 2018 class. The 15-member class will be inducted Oct. 9. For tickets, visit GBSHOF.com.

Joe Mesi sips from a paper coffee cup and recalls how a snowstorm in December 2003 didn’t stop a horde of Buffalo boxing fans from traveling to New York City and packing into Madison Square Garden.

Mesi, an undefeated heavyweight title contender, won a majority decision against Monte Barrett that day to push his record to 28-0. Mike Tyson sat ringside. The former undisputed world champion was considering a fight against the undefeated Tonawanda native at the Buffalo Bills’ stadium.

But the fight would never happen, Mesi’s career derailed by a subdural hematoma, or bleeding on the brain, and the subsequent suspension of his license for health reasons.

“Baby” Joe Mesi had dreamed of resurrecting boxing in Buffalo. And for a time, he did.

Known as “The Third Franchise,” after the Bills and the Sabres, Mesi had a career that took him from the local Police Athletic League to MSG and the Las Vegas Strip. His fights were broadcast on ESPN and HBO. He sold out the Sabres’ arena three times, finishing his career with a 36-0 record, 29 of those victories by knockout. And as the number in his win column swelled, so did his crowds.

“It wasn’t me. It wasn’t boxing. It was them. I would have been a decent boxer anywhere, I just would not have had the following and the support and the love anywhere else, and that’s what’s unique about my story. There’s a lot of heavyweight contenders in the world that are good. Nothing unique about that. But my story is unique because I’m from this great area, and the people helped make me more of a name in the national and international spotlight, just because of the support that I got. That’s what’s unique about it.

“Up and comers don’t draw 18,000 people in this sport. They just don’t. A regular old guy like me just fights in club shows.”

Mesi’s boxing career and impact on Western New York is being honored Tuesday when he is inducted into the Greater Buffalo Sports Hall of Fame.

He appreciates all he’s meant to the region more now than he did then, though he never took the support for granted.

He was simply more focused on the opponent and reaching the sport’s summit.

“I knew what this was all escalating to was our goal to fight at Ralph Wilson Stadium, now New Era,” Mesi said about his career’s trajectory. “So we went from KeyBank Center, which was then HSBC Arena, to Madison Square Garden to Mandalay Bay. And fighting in Mandalay Bay, our goal was whoever is going to fight me next, whether it was Klitschko or Tyson or whoever is next, was coming to Buffalo. That was our plan. And coming to Buffalo for what we hoped would be 50,000 people. That was our goal.

It was the fight after his appearance at MSG, a victory on points against former cruiserweight champion and Olympic gold medalist Vassiliy Jirov in Las Vegas, that effectively ended his career.

Mesi was knocked down several times late in the fight and later diagnosed with the hematoma. Nevada and New York stripped his license.

Mesi fought in a handful of other states to try to prove to the powers that be in New York, in particular, that he was healthy. And while he continued to win, the effort proved fruitless, and he finally accepted he was finished after knocking out Shannon Miller in October 2007 in Rhode Island.

Mesi decided to focus on his family, which he credits for helping him come to terms with the disappointment of the way his career ended.

“It took a while,” Mesi said. “I was really building confidence in myself. I’m truly a contender. I’m No. 1. I’ve worked the last 12, 15 years for a world title fight. Win or lose, I want to fight for the world title. That’s my goal. I had a lot to prove. And I never got that opportunity. So it took a while, a couple of years to come to grips.

“But today, looking back, it’s all OK. I’ve led the best life, I’m in the best life, I have the best family. Everything happens for a reason. You have to look at things from that perspective. For whatever reason, God had a plan for me, and I’m living it.”

Today, Mesi sells medical equipment for use in neurosurgery.

He says he’s often recognized around town, and that it’s not uncommon for people to shout “Baby Joe!”

He’s learning how deep his contribution to the area actually meant, how every fan has a story about when and where they watched him fight.

“So this honor, the Greater Buffalo Sports Hall of Fame, is big and important to me,” Mesi said. “Because I share it with them. Because we did this together.”

Bills Mailbag: Is Cole Beasley's lack of involvement going to be a problem?

Beasley is a hot topic in this week's Mailbag. Jay Skurski has answers.

Mike Harrington: Stop with the tank talk. This time, Sabres might actually be rebuilding

You're not tanking when you're rebuilding with 12 former first- or second-round picks on your roster like this edition of the Sabres, Harrington says.

With Allen completing 15 passes on 26 attempts for 316 yards and three passing touchdowns and running the ball 11 times for 59 yards and one touchdown, he was clearly the best player on the field.

Buffalo Bills offensive line coach Bobby Johnson gushed last week about Spencer Brown, saying the rookie right tackle “jumped off the tape” in the preseason and in limited mop-up duty through the first three games of the regular season, leading to his first career start in Week 4.