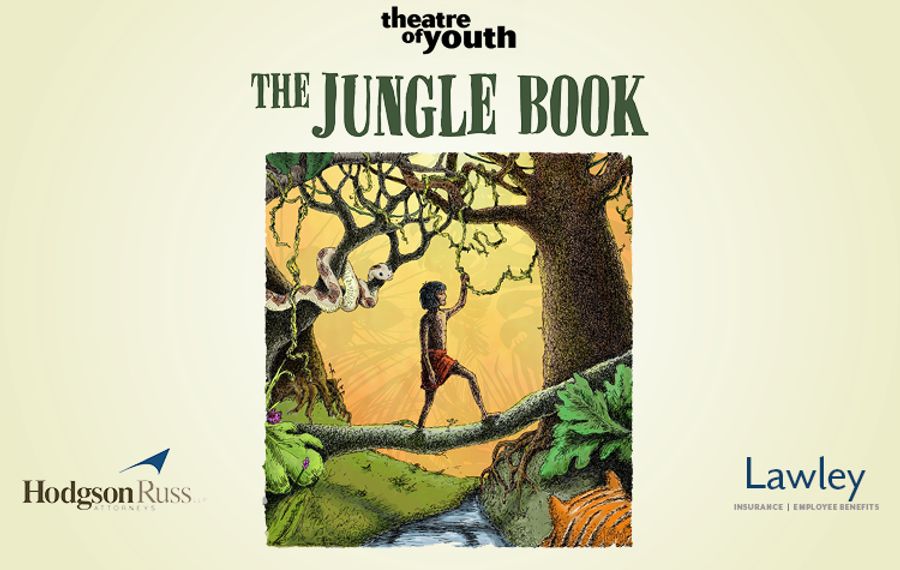 Theatre of Youth brings one of literature's most enduring classics to life with the help of some surprising set materials… seven galvanized steel bale feeders typically used for hay-eating cattle.

Design head Ken Shaw was taking a drive in the country when he saw the feeders outside a tractor supply store and wondered if they could somehow be configured to form a jungle gym structure that would lend itself to the varying jungles scenes in the play – including caves, tree climbing and flying monkeys.

Measuring eight feet in diameter and 45 inches tall, the feeders are interlocked, laid side by side and stacked to reach seven-and-a-half feet high. Their heavy-duty construction makes them ideal for the production’s energetic and strong actors to climb on, up and over.

With greenery attached in strategic places, the free-standing sculpture gives the feeling that you’re peering into a clearing deep in the jungle.

“It just demonstrates how everyday things can be used in different ways with a little creativity,” said TOY’s Artistic Director Meg Quinn, who added that she is very excited to discuss the set design in the Talk-Back opportunity that follows each show.

The ingenious use of the farm equipment mirrors the improvisational style of Greg Banks, a British writer who adapted the classic work by Rudyard Kipling.

“He really gets the child audience and delivers a fun, playful take that invites imagination and inventiveness,” added Quinn. “We always want to stimulate curiosity, be unpredictable and make kids think in a different way.” TOY previously produced Banks’ adaptation of Robin Hood.

Recommended for ages 6+, audiences will be transported on this exciting adventure of the precocious Mowgli, raised by caring wolves, befriended by Bagheera, the Panther, and Baloo, the Bear, and threatened by Shere Kahn, the evil tiger.

Filled with excitement and humor, this coming of age story is sure to resonate with young people, as Mowgli navigates from an innocent child, through the teen years of taking risks and being a bit too full of himself, to finally emerging as a young man who finds his way in the world.

Tickets, starting at $15, are available online at www.theatreofyouth.org or by calling 716-884-4400, ext. 304. Performances are Saturdays and Sundays (specific showtimes on website).