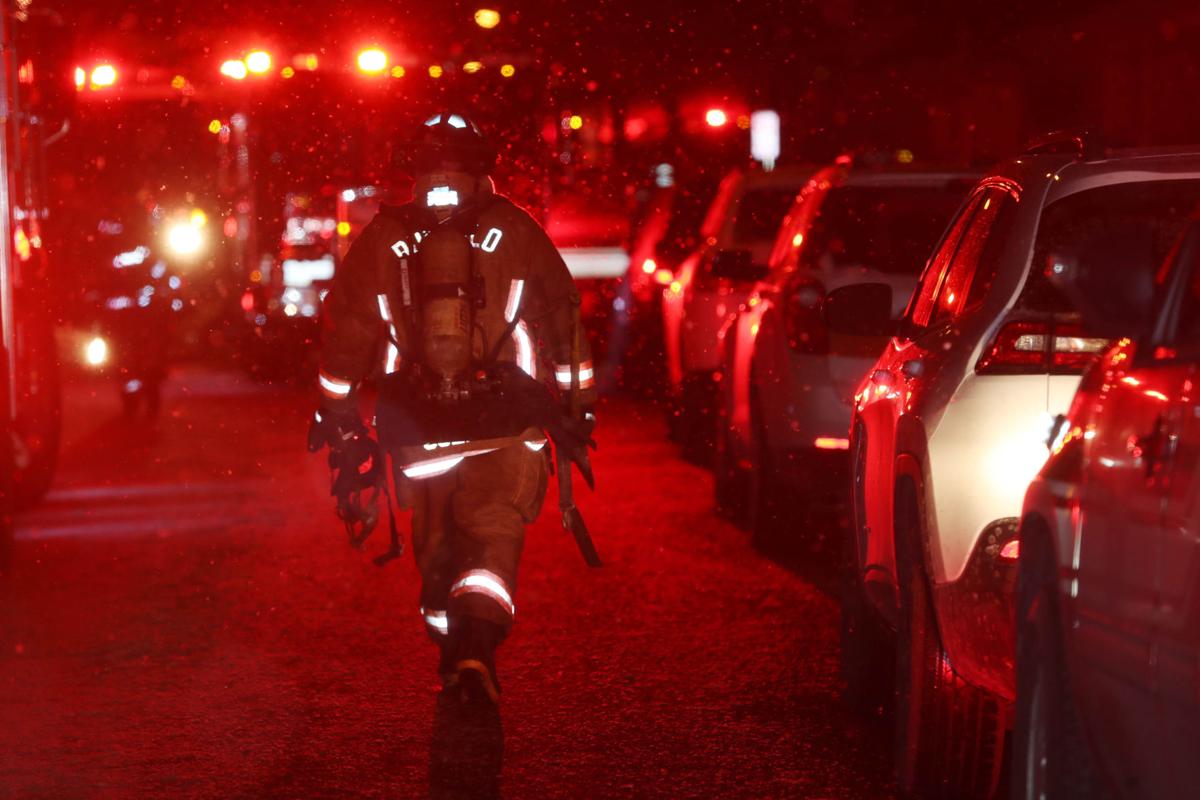 Buffalo firefighters at the scene of a house fire at 82 Butler St. Jan. 10 that almost cost a firefighter his life when he was separated from the fire line and had to activate his pass alarm while battling flames in the attic of the house. (Sharon Cantillon/Buffalo News) 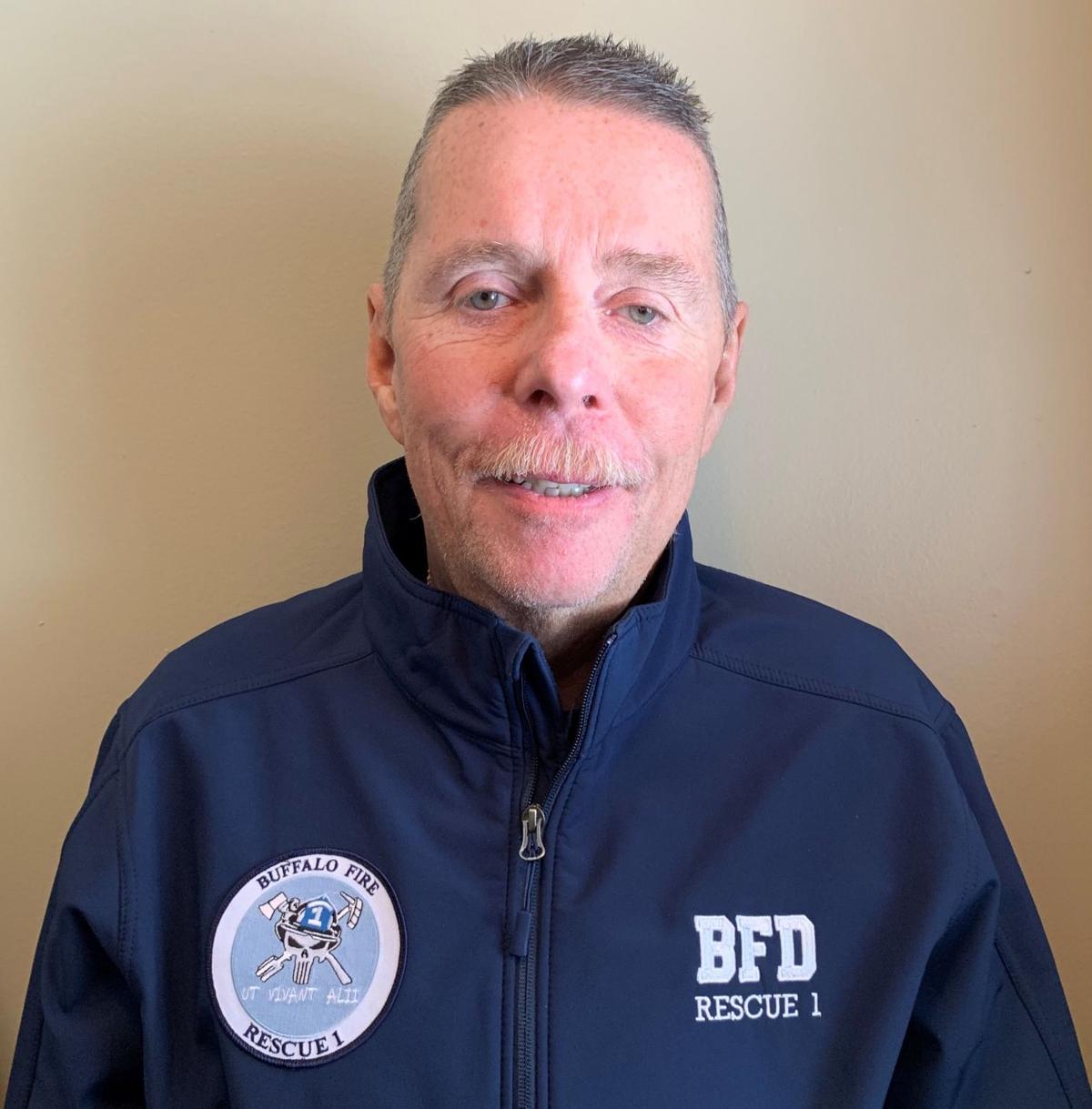 Through all those years I have witnessed just about everything there is to see, from a devastating propane explosion to the ordinary “meat on the stove” call. I have been at more than 100 attic fires in my career and no two are ever the same.

Recently four of Buffalo’s bravest ended up at Erie County Medical Center with smoke inhalation and minor to severe bodily burns. One was still hospitalized a week later with third degree burns, with a lengthy stay anticipated. A full recovery is expected.

On the evening in which they were injured, a call came over the squawk box in the firehouse. Three beeps proceeded the words “alarm of fire.” Throughout the city when this is heard, everyone in each firehouse stops what they are doing and listens. If it’s their box it’s drop everything and go.

Then three engines, two trucks, the Rescue truck, a battalion chief, division chief and a safety officer are dispatched into harm’s way.

On this night at this fire scene the unexpected happened and all hell broke loose. All firefighters know the dreaded phrase “attic fire.” They are a firefighter’s nightmare, and for good reason.

In the city a majority of the housing is the typical 2½-story residential. In most of those buildings the attic is an unfinished storage area, which was the case at this location.

Engine 21 radioed to dispatch, “working fire going in with an inch and a half line.” The fire had extended to the attic so these men knew they were in for a long and dangerous ordeal.

Next was the beginning of an exhausting endeavor that almost cost a firefighter his life.

No two attic fires are ever the same. First off you have to drag a fire hose up at least three flights of winding stairs, sometimes breaking through locked doors on your way.

The other major issue with an attic fire is egress, one way in and one way out. Sometimes there is a window at the front of an attic, usually the opposite end from you and three stories above ground. So a firefighter’s life line is the fire line you dragged in. It’s your water source and, more importantly, it’s your only way out.

Now imagine being alone in the attic with your nozzle-man, you can’t see anything as fierce heat penetrates your turnout gear and the water from your line is turning to steam. The heat banks down from the ceiling because of the roof with two to three layers of shingles on top. Now you are both on your stomachs hugging the floor as flames and unbearable heat is circulating above you.

That’s how things can go wrong in an attic fire, as they did on this night on Buffalo’s East Side. One firefighter got separated from the fire line and tried to activate his pass alarm. The alarm sends out a signal that a firefighter is down and needs immediate help. It’s usually life and death.

As the firefighter was overcome he went into a defensive position that probably saved his life. Quickly a firefighter from the Rescue found the disabled firefighter and he was brought out safely.

On this night, while the city slept, the Buffalo Fire Department was on the streets doing its job to protect the citizens. Little did they know they would end up saving the life of one of their own.

Phil Ryan is a retired lieutenant from the Buffalo Fire Department.

Letter: School Board is mistaken in closing quality charters

"I am not dissing any other career choice at all. But teaching should never fall out of favor," writes Bruce A. Shields.

Letter: Vaccine passports send us down a very slippery slope

There is a lot of conversation about “Covid-19 Passports” or in New York, Cuomo’s “Excelsior Pass." I think everyone should take a moment to e…

On April 3 I fixed my coffee and turned on the TV news as usual. I saw CNN covering the George Floyd testimony, increasing Covid-19 cases and …

Buffalo firefighters at the scene of a house fire at 82 Butler St. Jan. 10 that almost cost a firefighter his life when he was separated from the fire line and had to activate his pass alarm while battling flames in the attic of the house. (Sharon Cantillon/Buffalo News)