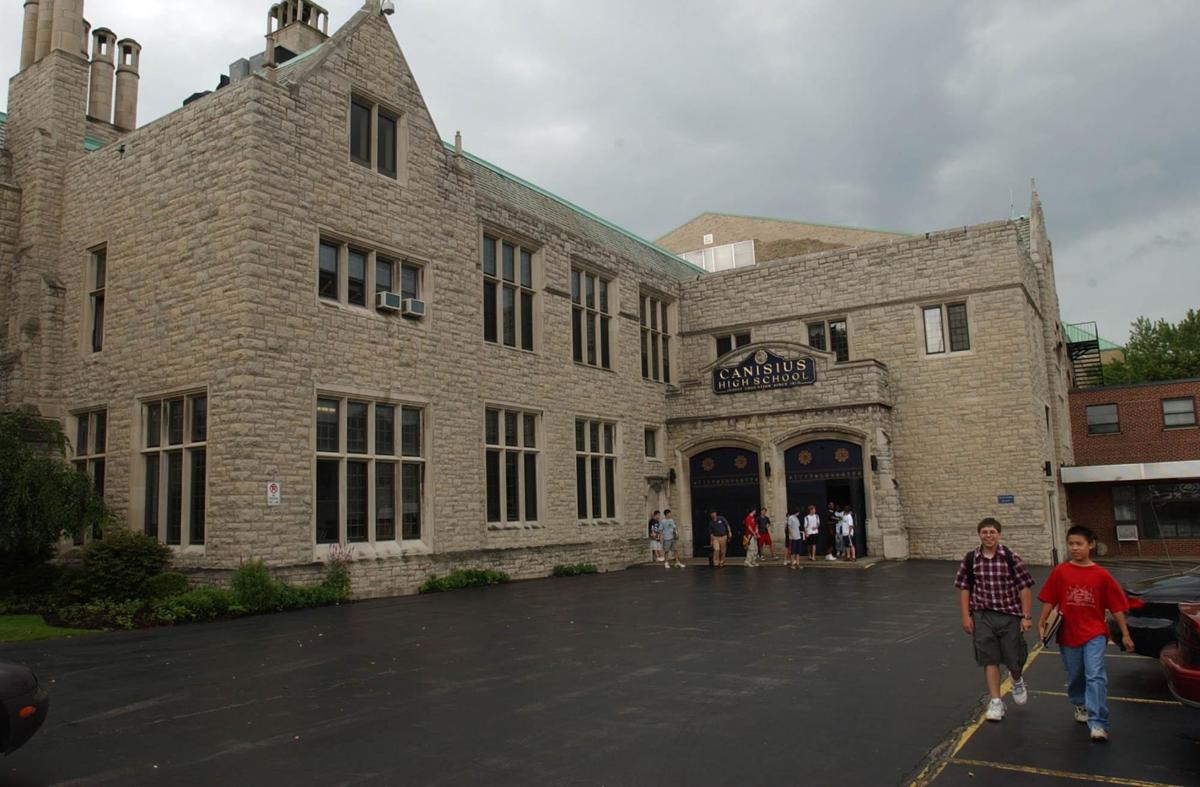 Canisius High School and other private schools around New York could be affected by an overly broad oversight proposal by state education officials. (News file photo) 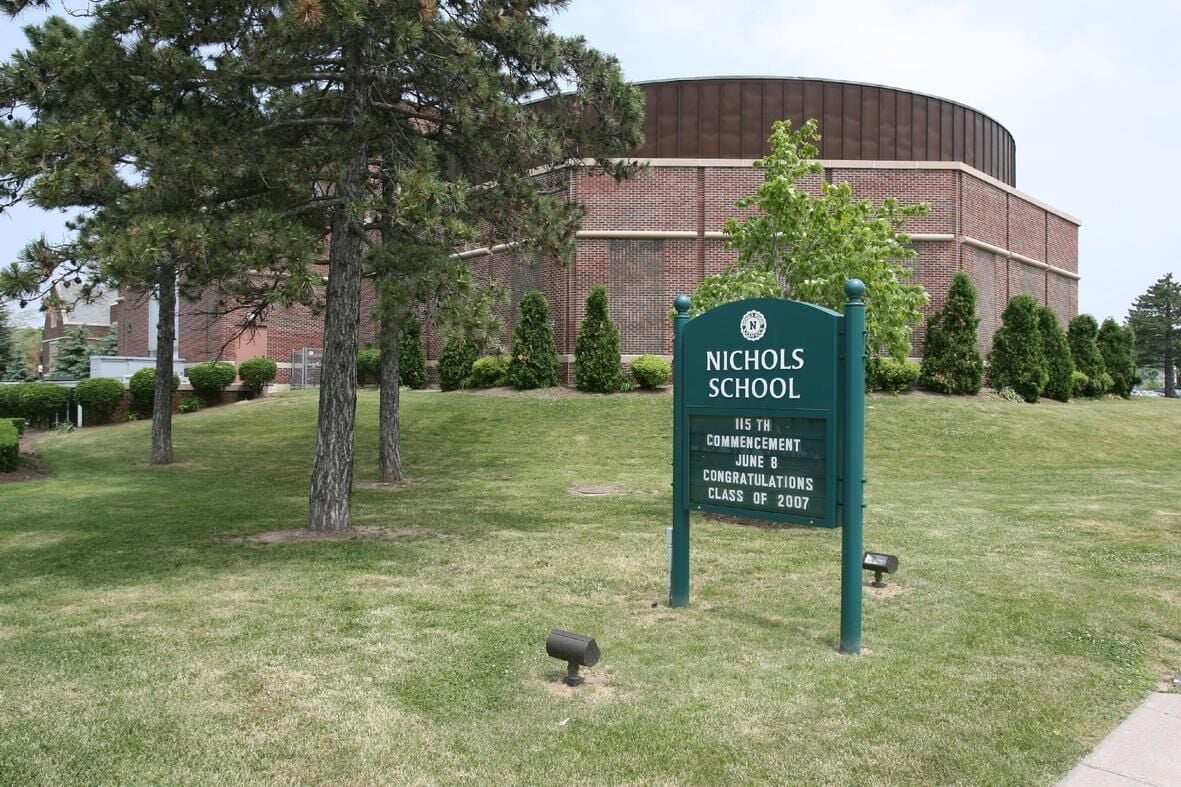 By News Editorial Board

Imagine this, if you can: Canisius High School, from whose halls 99 percent of 2018 graduates headed to college, is forced to submit to evaluation by the Buffalo School Board, leaders of a district that graduates 65 percent of its students.

The same could happen to the Nichols School, 85 percent of whose seniors were admitted to “most competitive” or “highly competitive” colleges.

Those are just two of the absurdities that could occur if the state’s education policymakers go ahead with a cockamamie plan to require local school districts to review the curricula at independent schools. It’s being pitched as a way to ensure that academic instruction at private schools is “substantially equivalent” to that at public schools, an idea that raises an interesting question: If education in private schools was merely equivalent to their public counterparts, why would parents fork over the tuition to send their children to them?

It’s a bad idea and there are better ways to ensure private school students are being appropriately educated.

Private schools object to the plan – and for good reason – but they’re not alone. Public schools are already awash in regulations and challenges; they don’t need another burden that does nothing to benefit their own students or serve the interests of their taxpayers.

As is often the case, the proposal arises out of a legitimate issue, but as Albany likes to do, it is suggesting an unnecessarily broad policy to respond to problems at certain schools. There are better options.

In this case, critics have long complained that some ultra-Orthodox Jewish schools downstate are not teaching enough secular subjects. If those students are receiving a substandard education, one that puts them at a disadvantage, then the state surely has an interest in their plight.

But if that is the case, then that is where policymakers need to direct their attention. If one driver habitually speeds on a dangerous road, you don’t ticket all motorists.

Indeed, the state already has a system set up to deal with its troubled public schools. It’s called receivership. Schools that chronically fall short of standards can be redirected into that more aggressive form of oversight. It works. Education Commissioner MaryEllen Elia noted in December that 49 of the 52 schools in receivership around the state had showed “demonstrable improvement.”

It’s the kind of approach this page has argued should be applied to staffing at nursing homes. Some advocates want to pass a “safe staffing” bill that would apply to all nursing homes – even those that serve their residents well and sensibly deploy staffs according to their facility’s needs. Instead, the law should focus on the problem facilities to produce improvement.

Why not do the same for private schools that fall short of standards? Surely there is no point in spending time, money and energy to pester the ones that aren’t broken. Let them continue their good work unmolested by the state.

But for the others, some form of close oversight may be appropriate. It probably shouldn’t be local school districts, given their own pressures and challenges, but some mechanism should be devised to respond effectively to persistent failure.

The Rev. David Ciancimino, president of Canisius High School, put the matter succinctly in a letter to the school community. “Canisius greatly exceeds state standards, making the proposed mandate superfluous.” So, why?

Albany needs to put on its thinking cap and try again. Here’s a thought: Maybe it should send public school officials to be reviewed by Canisius and its peers.

The Editorial Board: Stefanik tries to rewrite history, shaming her office and doing harm to the country

Some call it a “reality distortion field,” as congressional Republicans attempt to rewrite history and paint the Jan. 6 insurrection as someth…

The Editorial Board: With John Hurley’s departure in 2022, Canisius College must meet a fast-changing environment

"It is time to get serious about merging institutions," writes The News' Editorial Board.

The Editorial Board: FDA’s full approval of shots is needed to persuade, or compel, the unvaccinated

There’s no single magic bullet for conquering hesitancy among the unvaccinated, but as the coronavirus delta variant spreads, public officials…

The Editorial Board: Can Erie County office close the health equity gap?

"Erie County Executive Mark Poloncarz plans to spend $300,000 in federal stimulus money to attack the racial disparity in health outcomes. It’s a good start. The challenge for Poloncarz: Ensure the spending actually narrows the gap," writes The News' Editorial Board.

The Editorial Board: As they can, businesses should move toward mandating vaccinations

On Wednesday, Gov. Andrew Cuomo made the big announcement. President Biden followed up with his on Thursday. Now, lower governments, business…

The Editorial Board: As U.S. Attorney, Trini Ross should reach out to the Muslim Public Affairs Council

Ross may have more immediate matters to deal with upon her likely confirmation, but this is one the should draw her attention quickly.

The Editorial Board: A golden era for parks dawns in Buffalo

"There are few public and private investments with as much bang for the buck as creating a set of exceptional parks," writes The News' Editorial Board.

The Editorial Board: Albany can provide guidance to schools in stages, but it’s already late starting

New York has made missteps, as it was bound to do, but it has mainly done a good job managing the pandemic. The task isn’t complete. September approaches.

The Editorial Board: NFL throws penalty flag to get more players vaccinated

"Good for the NFL for sending an unmistakable message," writes The News' Editorial Board.

Canisius High School and other private schools around New York could be affected by an overly broad oversight proposal by state education officials. (News file photo)