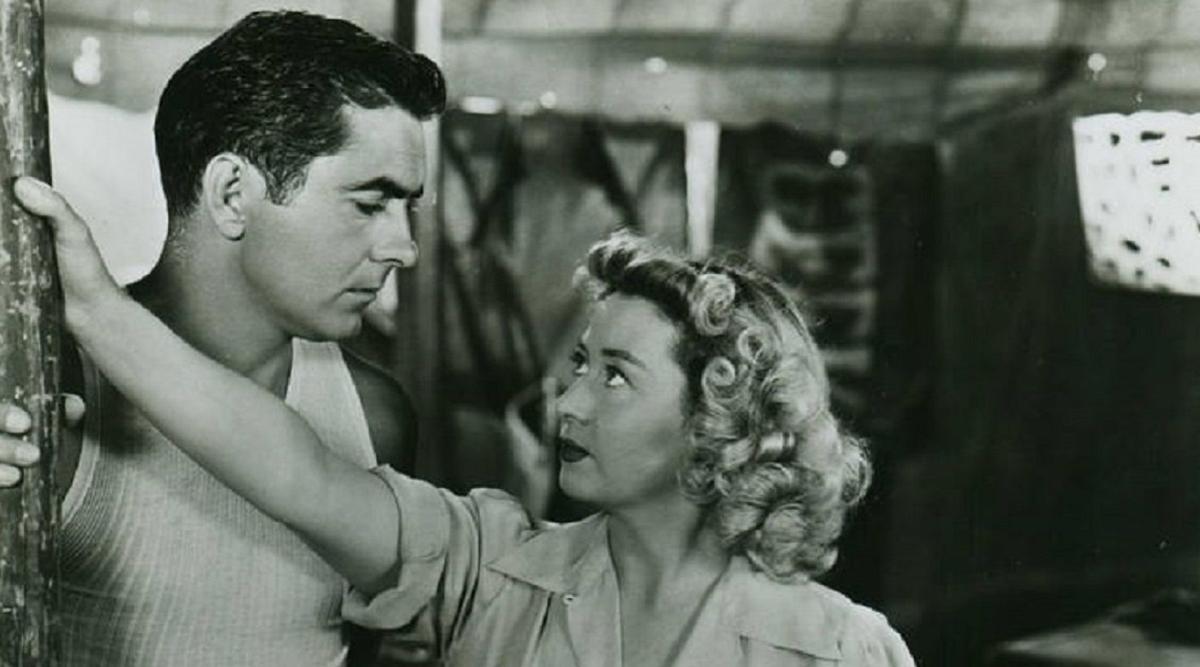 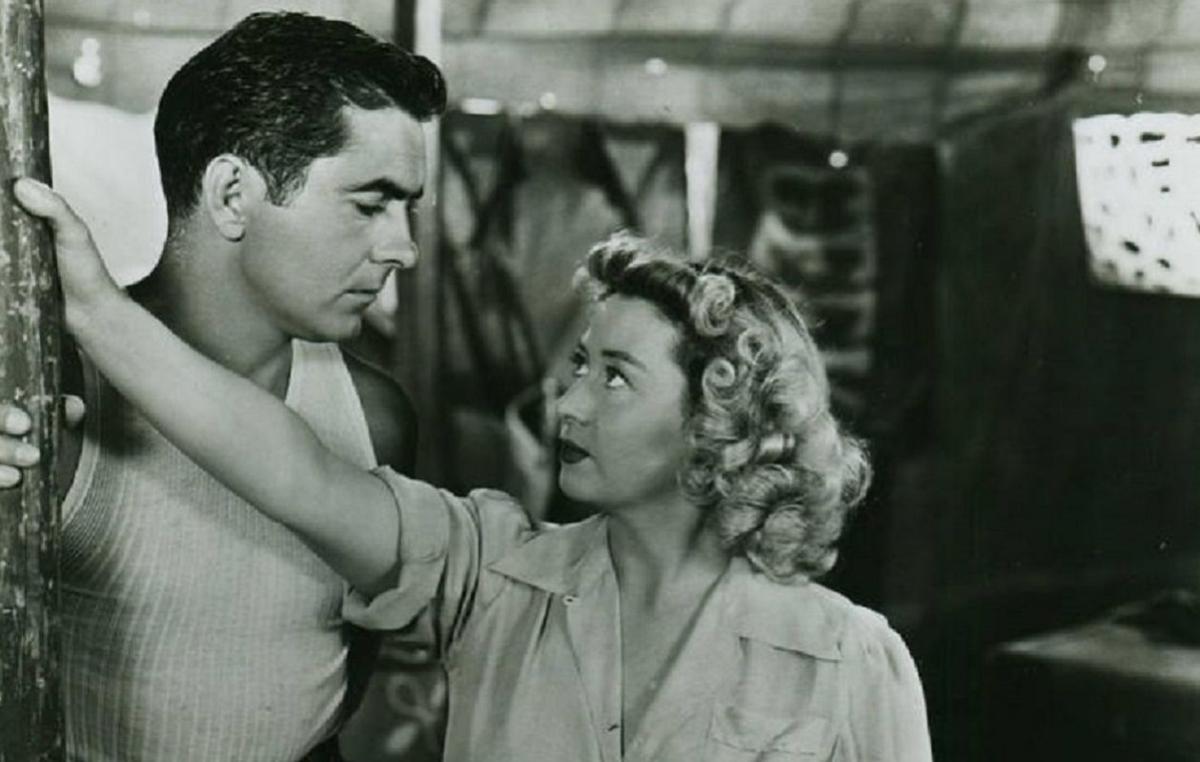 No apologies. No regrets. There's no need for them anymore.

I've lived long enough to see Edmund Goulding's 1947 "Nightmare Alley" take its unquestioned place as a classic American movie. That's where I've been since I first saw the film in the early 1960s but that, to put it mildly, was a minority opinion at the time.

Not anymore. So admired is the film now that a promising remake by the great Oscar-winning filmmaker Guillermo del Toro has been confirmed by city officials to be shot here for at least a few days in early 2020.

Here, for the time being, is everything you might need to know about the new film.

When: The best online information is the film will start shooting Jan. 13 in Toronto – often called "Hollywood North," along with its Western brother Vancouver. There's little doubt where the lion's share of the film will be shot from January through May. Expect the Buffalo visit early in that period.

Simple logic tells you winter in Toronto means snow, so much of the shooting there will have to be indoors. Indoors or outdoors there are a lot of opportunities here to fit into the extraordinary fictional world first imagined in the novel of the same name by William Lindsay Gresham. Good locations abound for "Nightmare Alley," especially vintage locations that relish our architectural heritage the way so many films have (see, for instance, "Marshall").

What the film is: A very loose and very different remake of the extraordinary film starring Tyrone Power and directed by Goulding. It was a personal project for Power, who spent the mid-1940s – after coming back from military service – making ambitious films a world away from the romantic matinee idol stuff that was his bread and butter at 20th Century Fox, and oysters and champagne for the studio. It was Power who optioned Gresham's bestselling novel. He'd read it and knew he wanted to make it no matter how much some thought he was out of his depth.

The film is about an ambitious wastrel named Stanton Carlisle who begins as a carnival roustabout, learns a successful mind-reading act while romancing the carnival act's female partner and steals it from its rightful owner and inventor. He then takes off with his younger girlfriend to upscale the act for posh nightclubs and realizes how much money he could make peddling himself as a spiritualist and communicator with the dead.

Which leads, finally, to him understanding a huge place in the dregs of show business still awaits him and his ambitions. The film, in Hollywood fashion, ends with a hopeful epilogue. But del Toro has said he wants his film to be closer to Gresham's novel, whose ending is dire.

The film's original ending in 1947 – with a deathless last line not from the novel – is easy to separate from everything else. It was perfect without the epilogue. It hearkened back to the controversial and horrific ending of "Freaks," one of the greatest ending shocks in movie history.

Why it's a great film: One of the greatest dramatic subjects for millennia has been drama. (See Shakespeare, the Greeks.) Drama about drama is a classic subject. Show business about show business is a brilliant corollary.

In the case of the film, we're talking about the secret squalor that is hidden from audiences in theater, nightclubs, film studios and circuses.

The backstage truth about show business is that outside of the star dressing rooms and trailers, things can be suffused with considerable grubbiness to a shocking degree. What is revealed to the public is what has been invented, i.e. fantasy. What happens backstage – or behind the tent – is reality. When that "reality" is a grungy touring carnival and sideshow as in "Nightmare Alley," you have a sordid, grimy world that is seldom seen close-up in movies, but which Power – who was raised in matinee idol showbiz – knew would be compelling onscreen when he read the book. He was right, as radical and ambitious as that idea was.

It was, at the time, as if Gary Cooper had wanted to star in a sequel to Tod Browning's 1932 horror film "Freaks." But then Power was no ordinary matinee idol.

Would you believe?: One of "Nightmare Alley's" most important producers was George Jessel, the much-satirized Hollywood "Toastmaster General" slathering fulsome praise on everybody within a 15-foot radius.

Jessel was, nevertheless, integrally important to the film. He was needed to guide it through the slime of low-level showbiz and carny hucksterism. It was a world of backstage grunge Jessel knew well.

When, in later years, the film became hard to see, it was because of a money and rights dispute between Jessel and Fox, which kept it away from the public. It's hard to know who was greedier, but credit Jessel with knowing the value of what he'd been involved with.

What people thought: Here is what people thought Power and Goulding were making when they were making it: In Leslie Fiedler's singular book "Freaks," he unearthed Fox publicity releases that claimed the film's 10-acre simulated carnival set was visited by Hollywood aristocracy for fun and games. "Joan Crawford pitched rings to win a kewpie doll. Lana Turner brought her daughter Cheryl to see the Fat Lady and the Thin Man. Gregory Peck tried out his muscle and rang the bell when he brought the sledgehammer down on the 'Test Your Strength' machine. Rex Harrison got the Fire-Eater to give him a couple of lessons. Dana Andrews tried his hand at shooting ducks."

Isn't it nice to know that its own studio thought one of the bitterest showbiz fables ever filmed was just a circus movie suitable for the whole family?

The critical reception: There is a good reason why James Agee will always be considered one of the greatest film critics America ever had. Right from Day One, he got "Nightmare Alley" and admired what it was behind all its mainstream disguises.

In the Nov. 3, 1947, issue of Time magazine, he wrote the movie "is a hair-raising carnival sideshow. At the dead end of the alley lives the Geek, an is-he-man-or-is-he-beast-animal exhibit that tears up and eats live chickens. He is able to stomach this job because he is in the last stages of dipsomania and is paid a bottle a day and a place to sleep it off."

The film's writers and director, said Agee, "have seldom forgotten that the original novel they were adapting is essentially intelligent trash, and they have never forgotten that on the screen pretty exciting things can be made of trash."

What does Bradley Cooper have to do with Tyrone Power?: A lot. Take Power's initial ambition and boost it up another level. "Nightmare Alley" is prime territory for any conspicuous pretty boy actor who thinks he needs to rise above the reputation he has. Cooper has been doing that in spades – most recently when he wrote and directed and starred in the recent "A Star is Born" with Lady Gaga. This is the kind of film an actor makes in 2020 if he's serious about reaching for an Oscar.

Its original star was slated to be Leonardo DiCaprio. Cooper taking the role over was nothing but fortuitous. A DiCaprio "Nightmare Alley" might have been foolish. Not now.

This is a major cast by any reckoning.

How to read the original book: Buy one of the great anthologies in the Library of America series called "American Noir of the 1930s and '40s." Sharing space with Gresham in the one volume, six-novel anthology are others you'll find have been made into movies: James M. Cain's "The Postman Always Rings Twice" (in the movies famously with John Garfield and Lana Turner), Horace McCoy's "They Shoot Horses Don't They" (Jane Fonda and Oscar-winning Gig Young in the movie), Edward Andrews' "Thieves Like Us" (Farley Granger starred in Nicholas Ray's first version, Keith Carradine in Robert Altman's later version), Kenneth Fearing's "The Big Clock" (whose movie starred Ray Milland and Charles Laughton) and Cornell Woolrich's "I Married a Dead Man" (whose first movie version starring Barbara Stanwyck was called "No Man of Her Own"; the most recent version starred Ricki Lake and Shirley MacLaine and was called "Mrs. Winterbourne").

What is headed our way is one of the more promising movies in a long time.