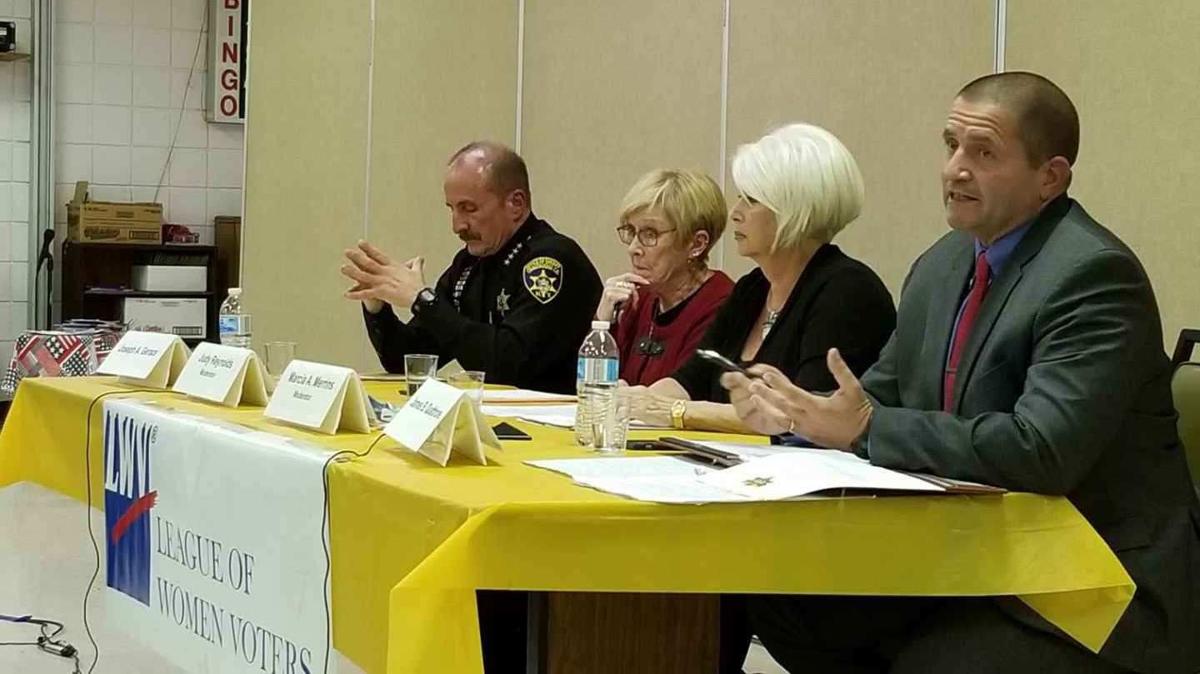 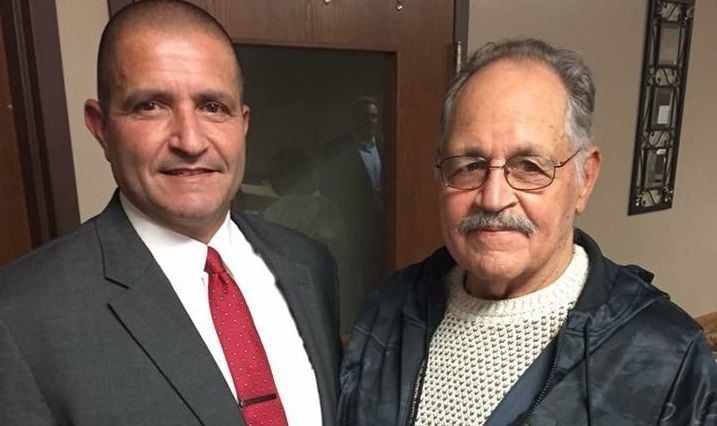 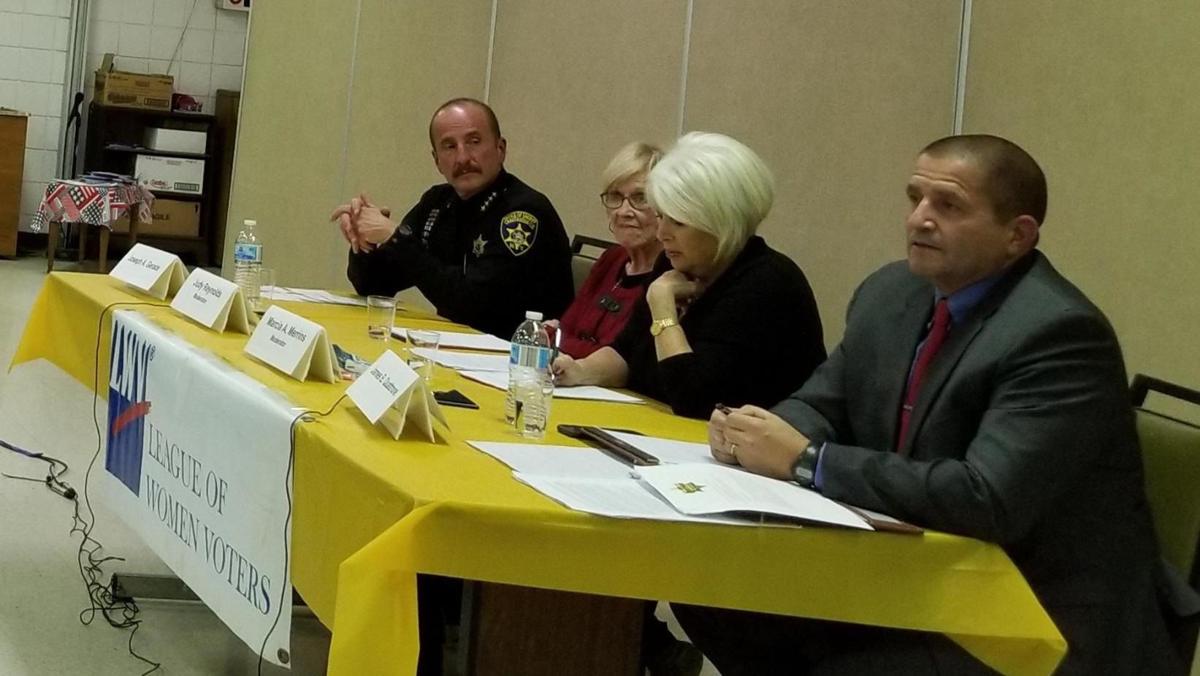 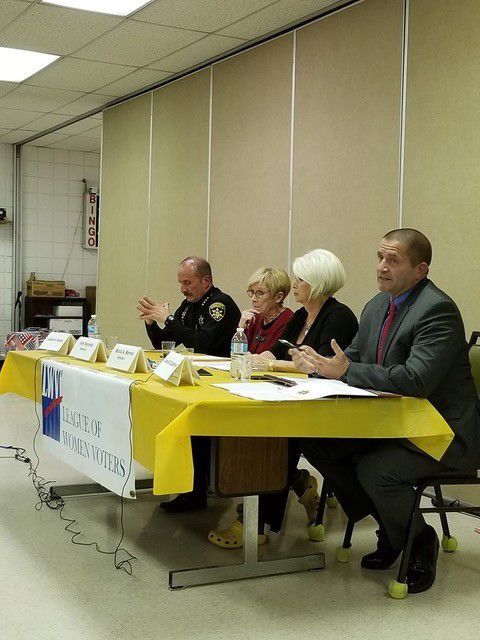 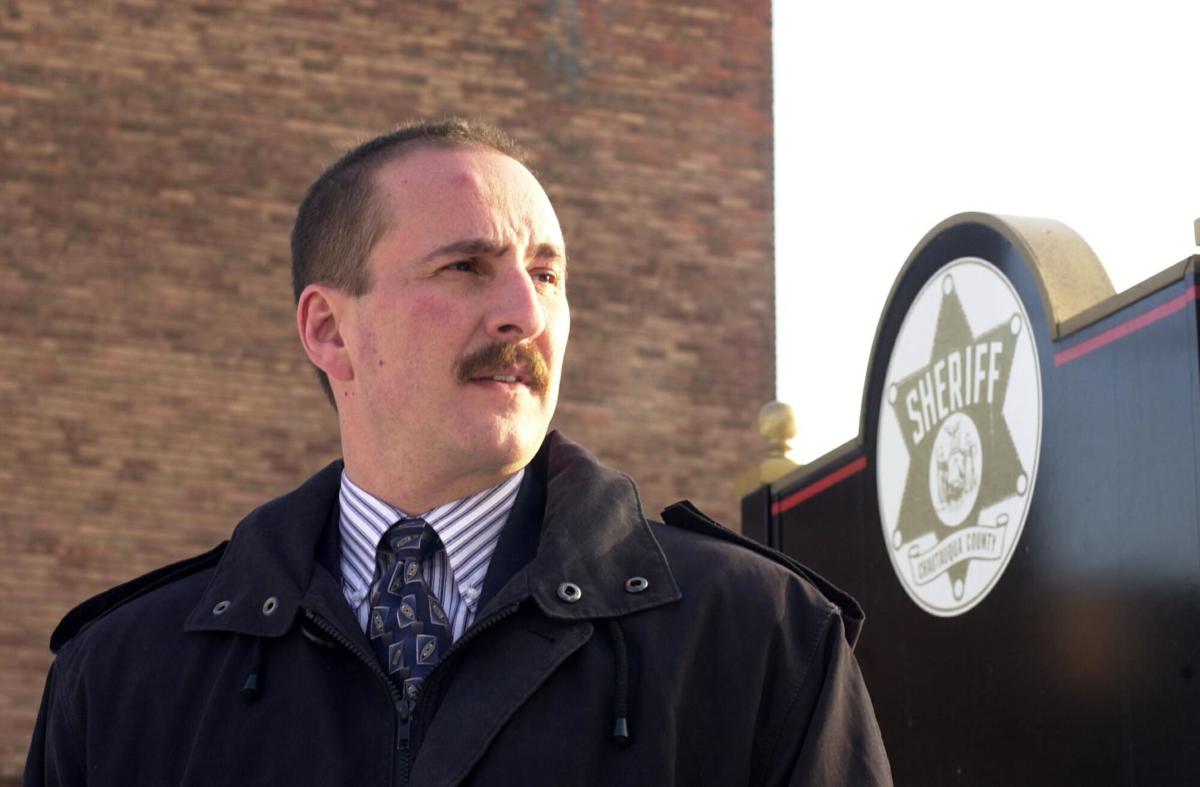 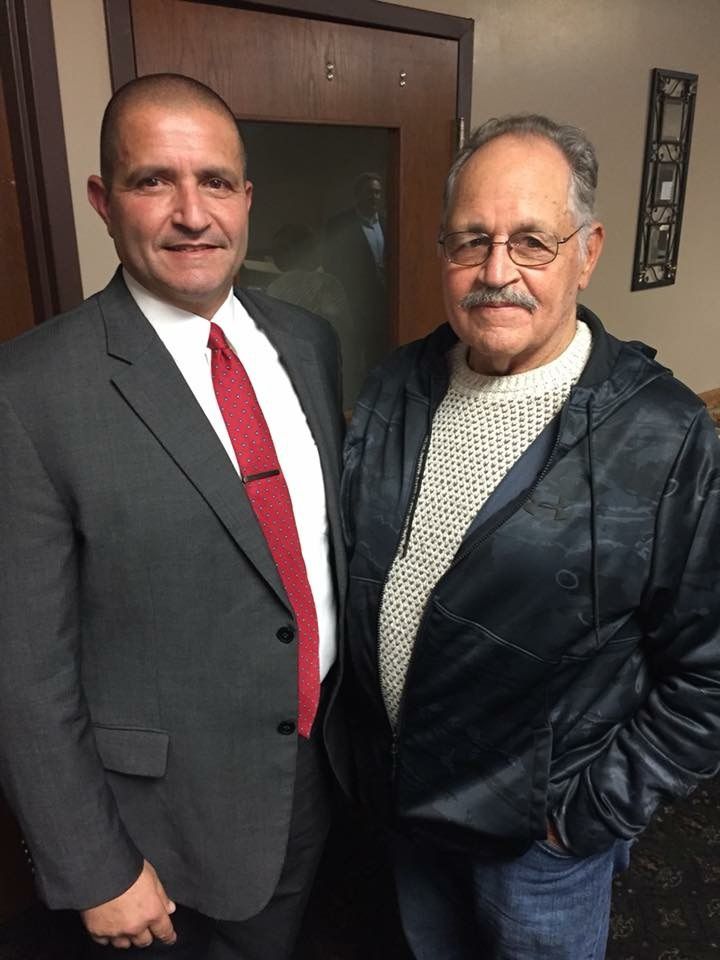 It is hardly out of the ordinary to hear victorious candidates offer praise to their fathers on election night.

It is not so commonplace when a candidate thanks both his own father, and the dad of the other guy.

Such was the unusual culmination of the race for sheriff in Chautauqua County, where Jim Quattrone, a Republican, was elected Tuesday over six-time Democratic incumbent Joe Gerace Jr.

If you were worn down this year by ugly campaigning, by so many races from coast-to-coast in which candidates used ads with sinister music and shadowy photos and a shocked "Can-you-believe-it?" voiceover to portray opponents as the worst kind of humanity, the demeanor in the race between Quattrone and Gerace seemed like a splash of fresh water.

Gerace, 61, who also coaches high school hockey in Jamestown, became a deputy almost 40 years ago. He was the first sheriff elected as a registered Democrat in Chautauqua County history, he said, then held the position for about a quarter-century. Quattrone worked in the same office for 30 years, most of them under Gerace, before retiring as a lieutenant to become director of a homeless mission in Jamestown.

Going by simple human nature, that kind of connection – in politics or daily life – can take an opposite turn when it flips into competition. This race could have exploded into a bitter and ugly showdown.

It never happened. That dearth of public malice did not go unnoticed. Even 79-year-old Stan Lundine, a former Democratic mayor of Jamestown, lieutenant governor and U.S. representative who has observed a lifetime’s worth of Southern Tier politics, said both candidates “seemed really restrained,” despite the potential volatility of the race.

In separate conversations this week, Quattrone and Gerace offered almost identical philosophies in explaining why they decided to campaign without flipping over the top. "Our families have known each other for a long time," said Quattrone, while Gerace said, "You run on who you are, what you are and what you plan to do."

Quattrone, after winning with about 53 percent of the vote, maintained that equilibrium in his victory speech at the Celoron American Legion Post. The son of a former Busti police chief, he spoke of his appreciation for his family, including his dad, former Busti Police Chief Wayne Quattrone.

He went on to describe a conversation, during the race, with his opponent's father.

In 1974, Joseph Gerace Sr. made political history in Chautauqua County. He was the first person elected as county executive, and later was state agriculture and markets commissioner under Gov. Mario Cuomo. He came home to become a state Supreme Court justice and even now, at 91, serves as a judicial hearing officer.

Quattrone said he grew up a few miles away from the Gerace home. At one point in the campaign, Quattrone explained, he saw the elder Gerace outside a political event. Joe Sr. greeted him graciously, then said:

You can run against each other without becoming enemies.

Quattrone said he tried to keep those words in mind. With any election, the goal is trying to set yourself apart. The temptation – as has become typical in politics – is to do it by questioning the motivation and ethics of your opponent.

Joe Gerace Jr. was running for a seventh term. During more than two decades on the job, he said he tried to maintain a high threshold of performance and accessibility – such as making public the number for his mobile phone, a choice that in this era seems almost unbelievable.

Quattrone said he had his own dreams for the sheriff's office, built around collaborative efficiency. He said he spent months discussing the idea with his wife Nancy after he retired in 2017, as a lieutenant.

Last winter, he met with Republican committee members. He said he told them he was ready to run, but that he wanted it to be a "clean campaign," built around the issues, free of attacks on character.

At that point, he said, he committed himself to the race.

As for Gerace, he is still considering his next step – but he said it will not be retirement.

During their years of working together, he said, he considered Quattrone a friend. While that long relationship amplified the sting of the loss, Gerace called Quattrone to wish him luck once the results came in, and he said he intends to help with the transition.

The idea of “lashing out is not in my moral fiber,” Gerace said. His reasoning echoed the way Quattrone put it when I spoke to him an hour later.

We live in a time, both said, in which we urgently need sincere, hardworking women and men to seek elective office. Yet Gerace said the savagery of many campaigns, the trend toward looking for any detail to use in trashing character and careers, tends “to keep really good people out of politics.”

Gerace said he knows of potential candidates who could help the larger community but stay away because they “don’t want to get pounded, and then have their families go through it.”

Quattrone made a similar argument. He said he was conscious of trying to set a different example with his campaign and with the words he used.

“I believe that Joe and I both had the safety and security of this community at heart,” Quattrone said.

None of this should be mistaken for a kumbaya. Feelings remain raw, and the intensity of a long relationship in a relatively small community means two veteran law enforcement officers may never entirely bridge the gulf. That only makes their public response this week more striking, the way one refused to offer any hint of gloating while the other declined to offer words of bitterness.

Beyond Chautauqua County, maybe, it was seen as just another race in Western New York, one that might have gone without particular notice except for a choice to avoid a bonfire of insults, taunts and rage.

If you have grown weary of such heat, here is one dose of fresh water.

What Buffalo News readers think about the 'city of double porches'

In July, Sean Kirst wrote a column about Buffalo and its familiar “double porches." The responses quickly began pouring in.

Column: Why Buffalo loves 'porch life' as a pandemic escape

At a time when Covid-19 is responsible for so much isolation, readers emphasized their gratitude for a front porch, writes Sean Kirst.

Column: 'Barnum and Bailey Billoni' still a promoter of baseball and Buffalo

Mike Billoni is the Zelig of Buffalo. The picture at the top of this story is proof of that.

Jeff Simon: Jeffrey Toobin's unfathomable act is nothing to laugh about

When the 60-year old Toobin talked to Vice, which broke the story, he told them, "I made an embarrassingly stupid mistake, believing I was off-camera. I apologize to my wife and kids, friends and co-workers. I believed I was not visible on Zoom. I thought no one could see me. I thought I had muted the Zoom video."

If he wins this year, Democrat Nate McMurray said he will work to change a redistricting process that “disenfranchises” Democrats and Republicans alike.

Racist nicknames have started to fade away. The Chiefs are a reminder that some remain

The Kansas City Chiefs will play at Bills Stadium tonight with an arrowhead on their red helmets. Take a good look. The day is coming when their name, and that logo, will be gone.