Cleveland's baseball team will change name from Indians to Guardians

Sean Kirst: If it weren't for breakwall, Buffalo might be Black Rock, N.Y.
0 comments
Share this
Support this work for $1 a month
1 of 3 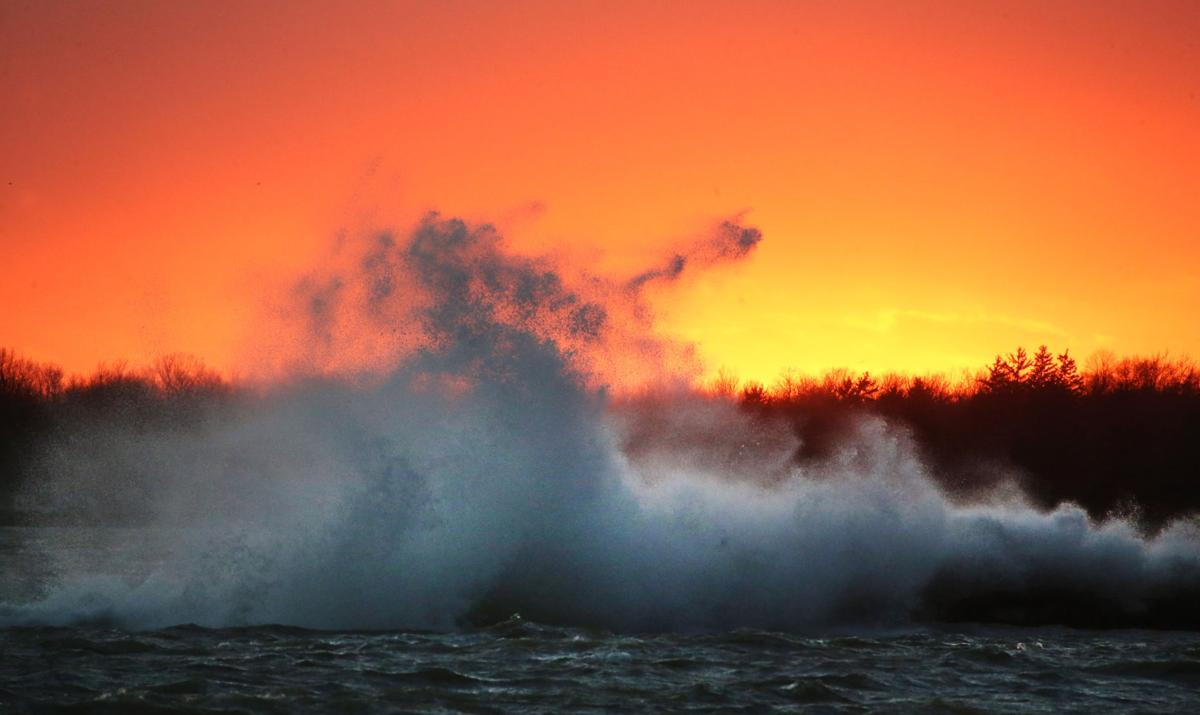 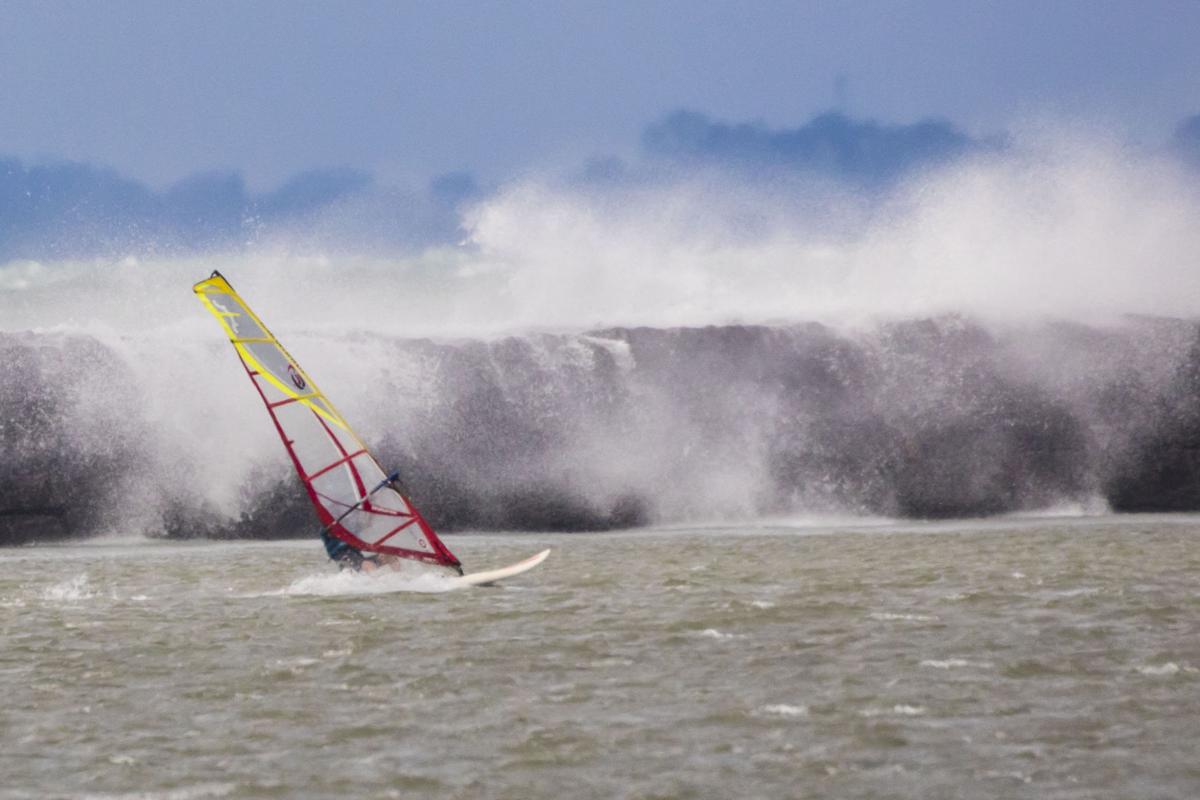 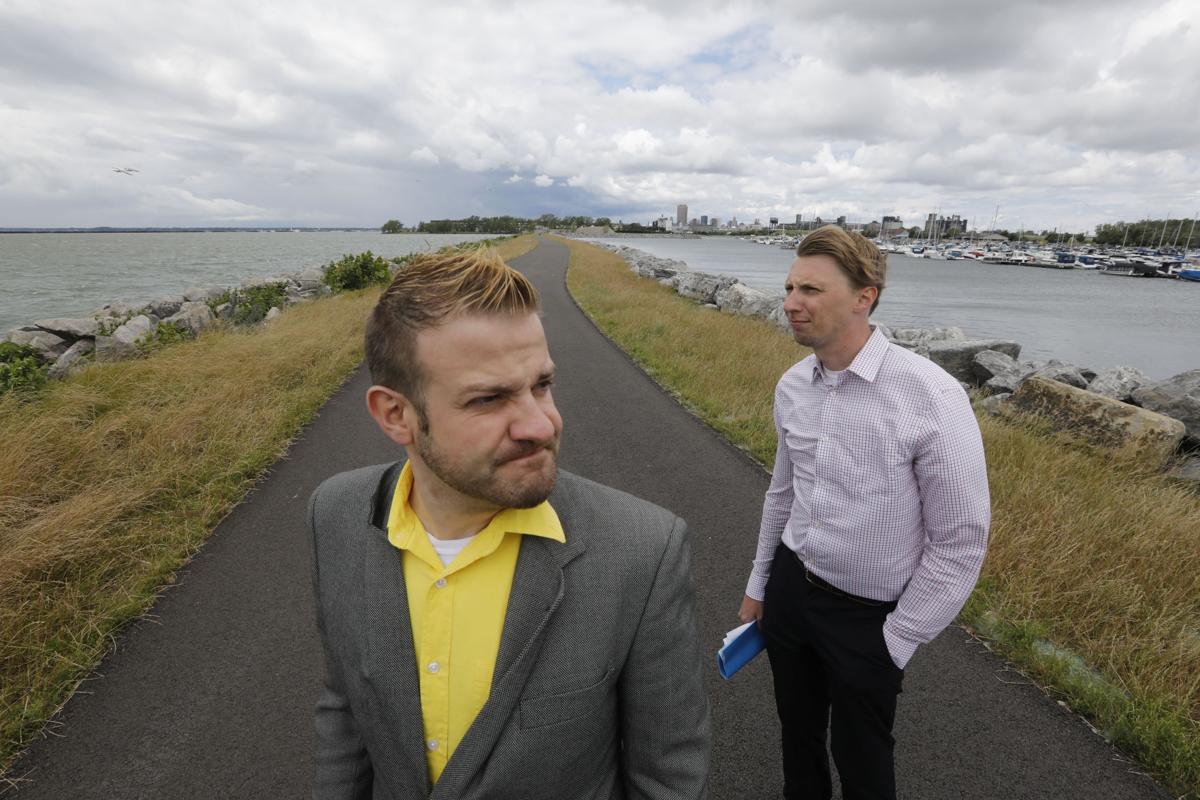 The great structure is almost unimaginable for its size, stretching for a distance of not quite 2 miles at a height of 42 feet, with a width that extends at its base to 150 feet. It is a vast wall of stone, impossible to see in its entirety, its function and history intertwined with the absolute DNA of why Buffalo exists.

While much of it is invisible, it is the ultimate talisman of the city.

The reason Buffalo is Buffalo, rather than Black Rock, the reason the city seal is built around the portrayal of a harbor, boils down to what many of us know as a breakwall – described officially and technically, if not popularly, as a "breakwater."

Three principal breakwalls, all dating back more than a century, supply the quiet protection that creates the Buffalo Harbor, according to officials with the Army Corps of Engineers. Many of us drive past them every day without a second glance, except when the elements turn those breakwalls into the staging ground for spectacular lakefront theater.

David Swiatek, a low-key navigation and program manager for the Buffalo district of the U.S. Army Corps of Engineers, offers a stark technical assessment of their function:

"The breakwaters," he said, "are a vital part of sustaining the city."

Swiatek spoke while he and Dr. Michael Izard-Carroll, an Army Corps spokesman, looked across the quiet water at Buffalo Harbor State Park. They watched as Joseph Guilmain, 16, fished on one of the first sweet days of summer vacation, the water before the teen all but motionless.

Guilmain was unintentionally proving their point. About 1,400 feet away, beneath churning clouds on a windy day, Lake Erie careened in force toward Buffalo, smashing into the south breakwall and exploding backward, the mist from those waves climbing into the air with gray violence.

Yet on the city side of the breakwall, a stone's throw from the mayhem – even in a time of elevated lake levels – wind surfers shot casually through mild whitecaps.

"On a day like this, when we can't go out there, we stay in here and the water is perfectly flat," said Guilmain, whose family keeps a boat in the harbor.

In that sentence, he summed up the daily core of how Buffalo does business. In addition to the south breakwall, Swiatek – who always uses the word "breakwater" – said the harbor is also served by a north breakwall and an "old breakwall," both dating to the 19th century.

The largest of the three is the south breakwall, about 1,400 feet from shore in the Outer Harbor. Only 14 feet of stone, just one-third of the wall, pokes above Lake Erie on any calm day. The structure is built in a fashion that tapers toward the peak, so the massive base – some 27 feet beneath the lake – is hidden from the eye.

Next summer, it will be the focus of some high-powered attention. The Army Corps will go to bid this year on a $4 million federal project to rebuild and restore the lakeside section of the wall. Barges and cranes will move around hundreds of boulders weighing 10 to 20 tons apiece.

The power of the lake is evidenced in the need for those repairs. Decades worth of "wind, water and ice" have worn away the stone, Swiatek said.

Throughout its history, Buffalo has endured despite being a target for that kind of Great Lakes fury. As TJ Pignataro recently reported in The News, the city is in the cross hairs of an unusually high number of meteotsunamis, or especially powerful Lake Erie waves.

The breakwalls, in simple and brutal fashion, shield the city so life can go on. In this bicentennial of the construction of the Erie Canal, it is worth recalling the core reason that Buffalo came to be, an account documented by many sources at the Buffalo History Museum.

In a central piece of local lore, backers of the small communities of Buffalo and Black Rock competed fiercely in the early 1800s to become the western terminus for the canal. They understood that only one of those destinations could cash in on being the soon-to-be Great Lakes boom town created by that terminus.

Black Rock had a harbor that offered protection from the violence of storms, but it also came with a multitude of navigational challenges. Supporters of a terminus at Buffalo had to contend with both a savage, unpredictable lake, and the bar of gravel that the lake's waves routinely dumped at the mouth of Buffalo Creek. The only remedy was structural, and that demanded money.

Finally, a tiny group of investors, led by Judge Samuel Wilkeson, took a major gamble and borrowed $12,000 from the state, putting up their own property as security. They used that money to build a pier – different from a breakwall, in this case, only in the idea that a pier is connected to the shore – as a way of giving Buffalo a safe harbor.

Their initiative was enough to convince DeWitt Clinton and other canal principals that Buffalo was the best place for the terminus. As for Black Rock, it survives as a riverfront neighborhood with its own distinct identity.

Still, the way we see this city – its name, its symbols, even the location of downtown – really goes back to the 19th century effort to use a stone wall to tame an angry lake. The full importance of the barriers was underlined in 1844, when a storm flooded the city, killing dozens and sweeping away one-third of the old breakwall.

That protection has been expanded and reinforced in many ways since then, projects that were pivotal in such community-changing efforts as attracting a steel plant. While piles of stone in a harbor are hardly a glamorous symbol for a city, the breakwalls allowed Buffalo to become a shipping capital, and now allow for the recreational potential embodied in Canalside and other waterfront projects.

Beneath the lake, most of it hidden from view, the south breakwater – physically and spiritually – provides the city with a kind of civic spine.

"Without it," Swiatek said at the harbor, in the precise and efficient way of engineers, "I guarantee you these people would not be fishing right now."

Sean Kirst is a columnist with The Buffalo News. Email him at skirst@buffnews.com, write to him in care of The News at One News Plaza, Buffalo, 14240, or read more of his work in this archive.

The Bucks of yore are best remembered for Lew Alcindor, then a young center, and Oscar Robertson, then a veteran guard. Less remembered is the man who coached them: Larry Costello

Phylicia Rashad's ex-husband, Ahmad Rashad, played for the Buffalo Bills in 1974, when O.J. Simpson was his roommate on the road.

The Ethical Life podcast: Should we cheer recent trips to space by billionaires?

Episode 17: The hosts also debate whether teens should be able to get vaccinated without their parents’ consent and discuss a study that shows many have lost confidence in big institutions.