Sean Kirst: April in Buffalo, proof of Vonnegut's 'six seasons'
0 comments
Share this
Support this work for $1 a month
1 of 5 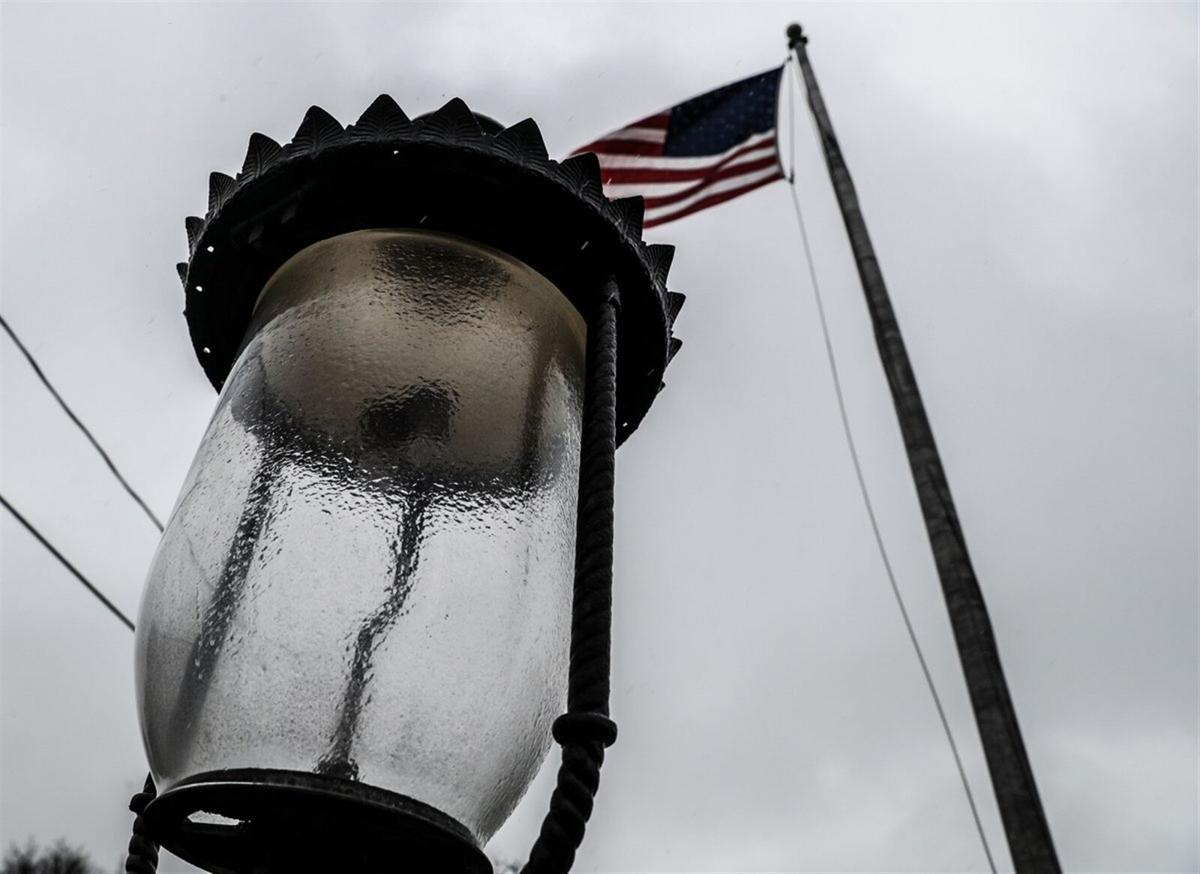 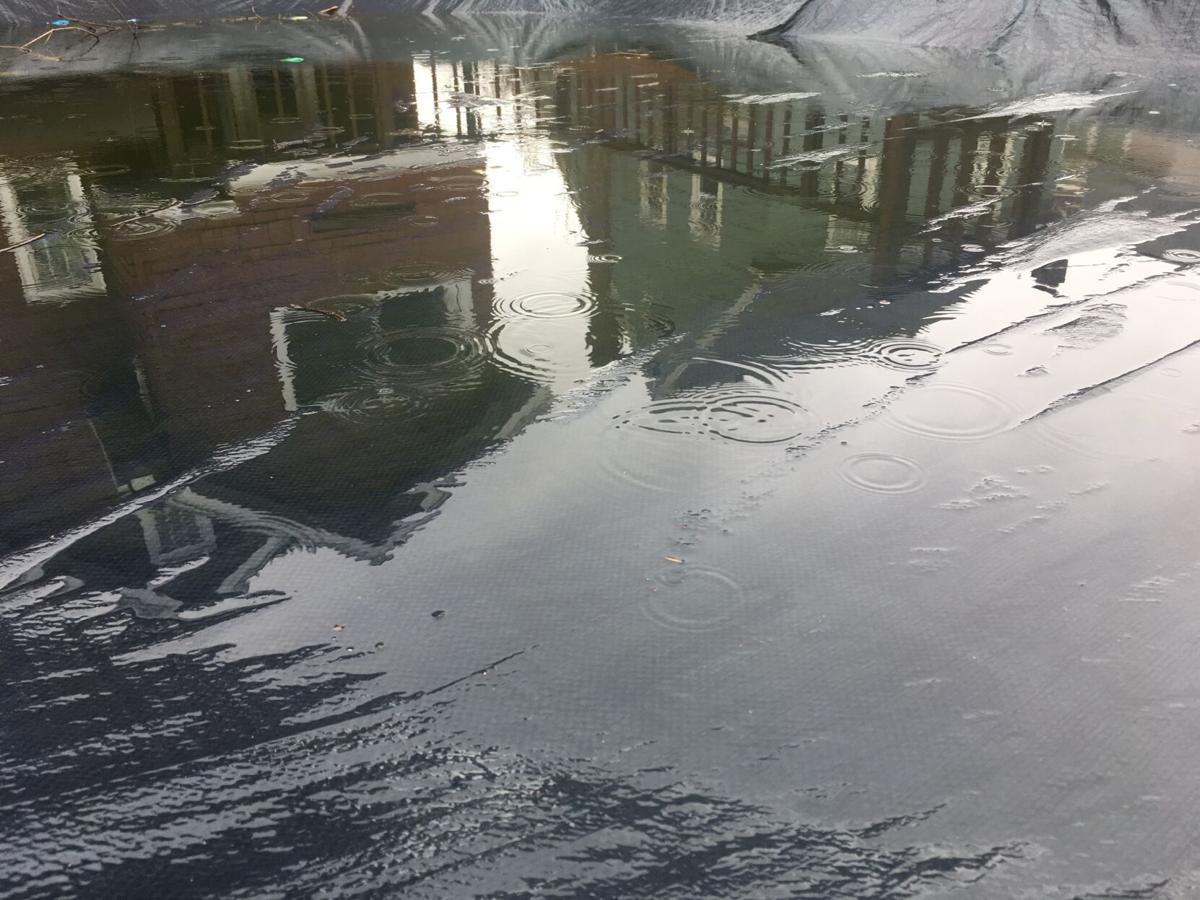 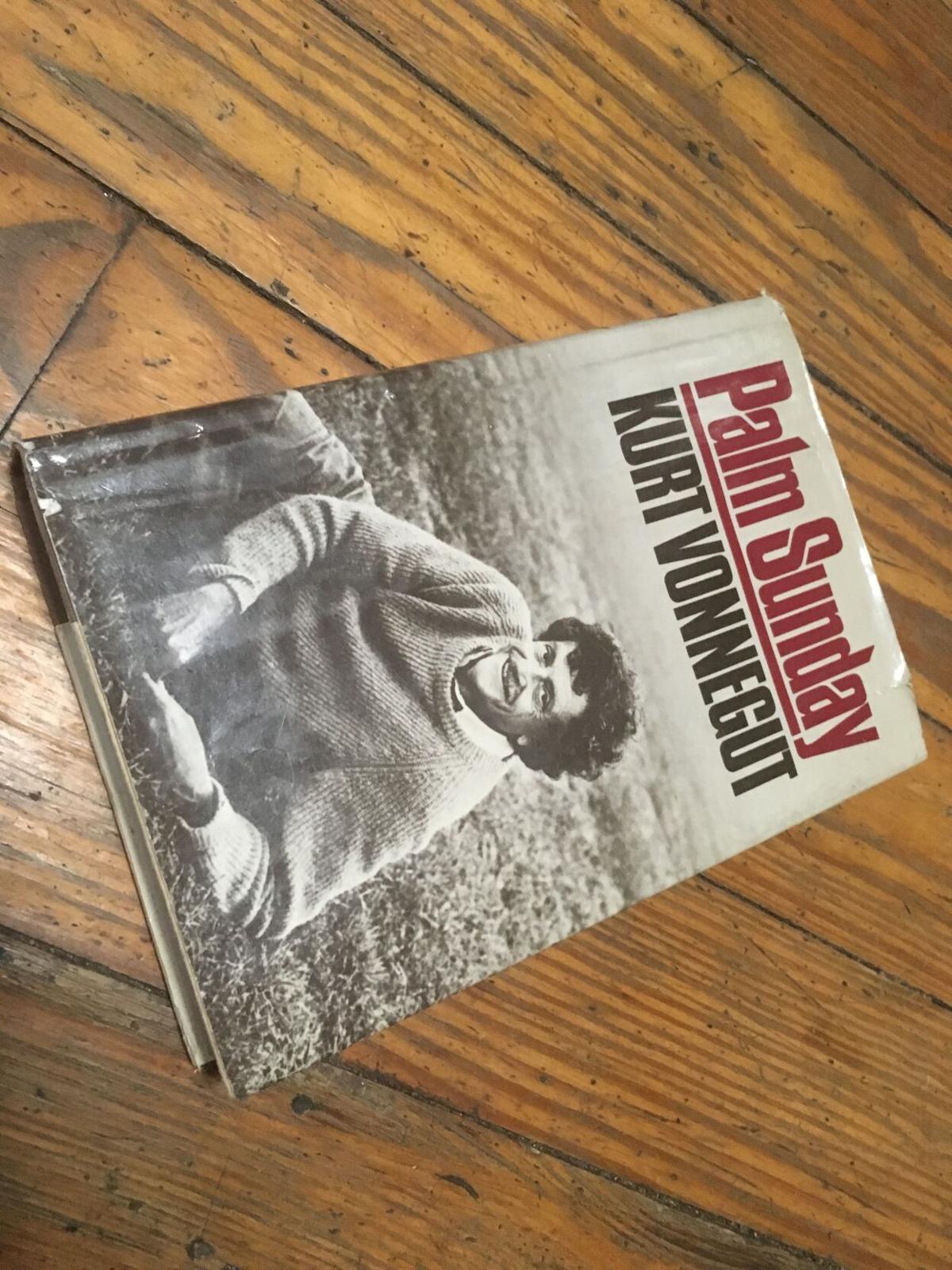 Kurt Vonnegut included a Fredonia speech - and his take on the seasons - in a collection of his work. (Sean Kirst/The Buffalo News) 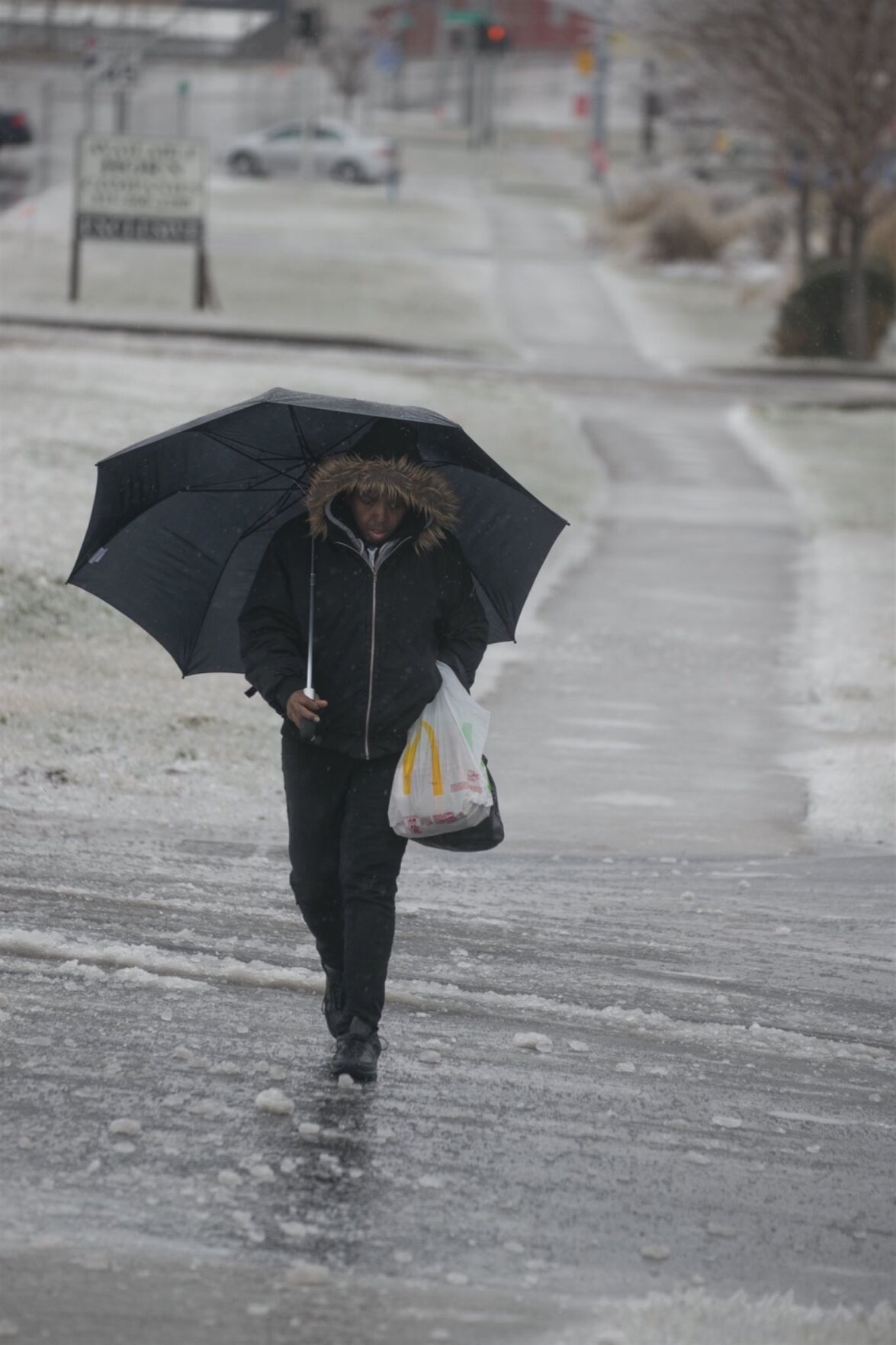 All too familiar: In Buffalo, navigating by foot in brutal April weather. (John Hickey/The Buffalo News) 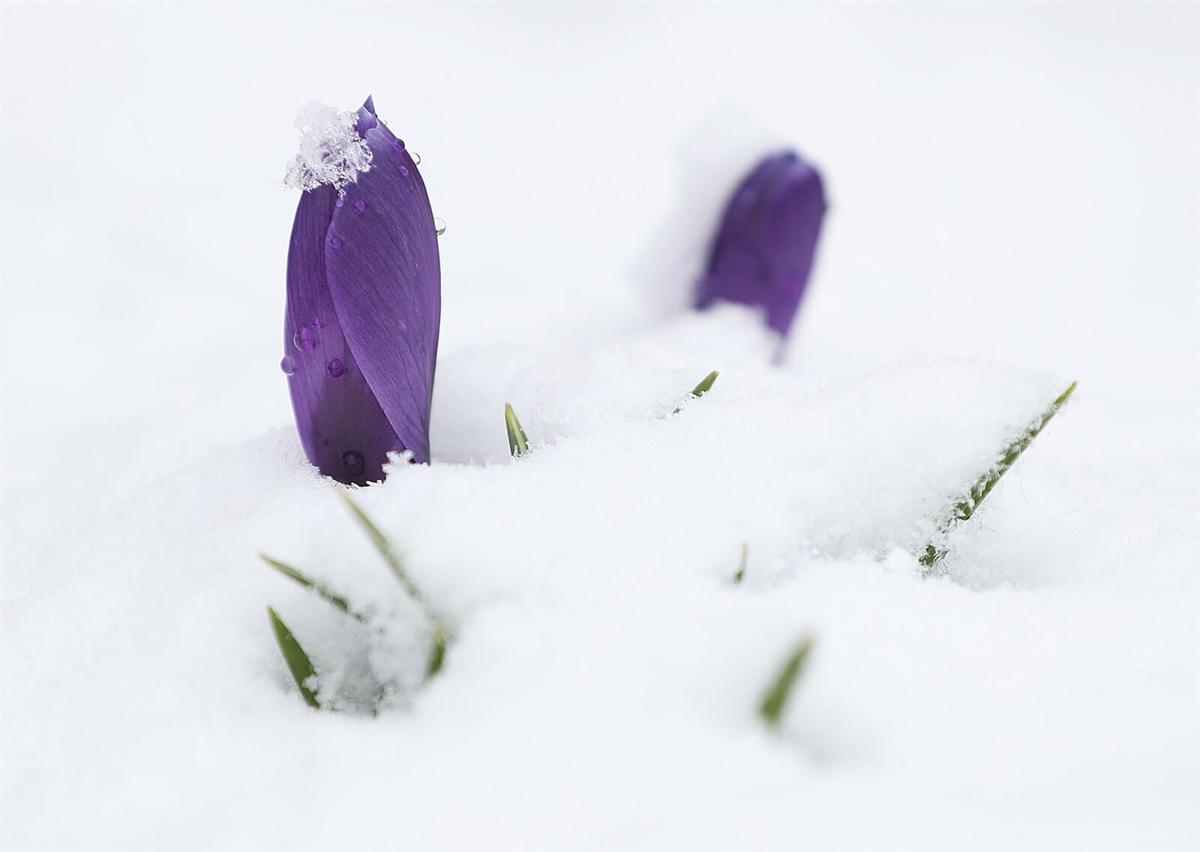 Based on the calendar, we are almost a month into spring.

By any notion of Western New York reality, that is a laugh.

The winter jackets still hang on their hooks, above the boots near the door. The dogs need toweling off after walks in the woods, layers of ice and mud caught in their fur. We open the door in the early morning, searching for some hint of warmth, and instead we inhale the raw, cold scent of earth mixed with snow or rain.

It is April, another cold April, in Western New York. Many of us have spent our entire lives within a Northern landscape ruled by the unforgiving whim of the Great Lakes. No matter what we tell ourselves every year, those lakes do not surrender winter easily.

This month is an especially harsh version of an annual joke we all learned long ago, a reality that the great writer Kurt Vonnegut laid out in unforgettable fashion 40 years ago in a speech in Western New York.

We like to believe that April is the gateway to spring. Yet the truth, more often than not, is that April is really part of a mysterious season unto itself, one of six upstate seasons identified by Vonnegut in his 1978 commencement address at SUNY Fredonia, my alma mater.

Vonnegut nailed it. He put these words to what we live and what we know:

Welcome to Buffalo's coldest start to April since 1982

"Here is the truth about the seasons: Spring is May and June. What could be springier than May and June? Summer is July and August. Really hot, right? Autumn is September and October. See the pumpkins? Smell those burning leaves? Next comes the season called Locking. November and December aren't winter. They're Locking. Next comes winter, January and February. Boy! Are they ever cold!

"What comes next? Not spring. 'Unlocking' comes next. What else could cruel March and only slightly less cruel April be?"

Christina Jarvis, an English professor and Vonnegut scholar at Fredonia, has a copy of the original typewritten manuscript. Vonnegut, she noted, included the speech in "Palm Sunday," a 1981 collection of memorable speeches, letters and essays.

She said Vonnegut felt the point about "cruel April" so powerfully that he added these two sentences by hand, in the margins, as emphasis:

"March and April are not spring. They are Unlocking."

It was as if he could see our April world of snow and slush today, from his front window.

At Fredonia, where he addressed two groups of graduates, he spoke with the comfort and command of "a dry stand-up comedian," in the words of professor emeritus Mac Nelson, 83. Vonnegut touched on an array of topics, from the nature of youth and war – he was deeply affected by the time he spent in a German POW camp during World War II – to a playful verse in which he rhymed "Fredonia" with "pneumonia."

Marc Leeds, a Vonnegut expert who did his doctoral work at the University at Buffalo, said the points about the weather were more than a flight of whimsy. He said Vonnegut, a native of the Midwest, recognized how the weather could be a matter of success or failure, even life or death, to farmers. As Jarvis points out, Vonnegut had also lived in Schenectady and fully understood the annual upstate cycles.

"It's not just a joke when he says it," Leeds said of the notion of March and April, as a season unto itself. "You live there. You know it's true."

I needed no convincing, but I wondered if Vonnegut's words had the same resonance with others. Last week, I stopped by the Bisons home opener – always a threshold of seasonal hope – to ask a few spectators if they agreed with Vonnegut's contention that in Western New York, we have six seasons.

At Coca-Cola Field, one of the first people I stopped was a white-haired guy headed toward the seats with his 2-year-old grandson, Aiden.

When I asked for the man's name, he laughed.

"John Frost," he said, "but everyone calls me Jack."

Seriously. I was face-to-face with Jack Frost, a retired utility worker from Lockport. He said he enjoys being outdoors in the winter, and he especially likes to cross-country ski. Still, he listened intently – and responded emphatically – when I told him about Vonnegut and the speech, about the idea that this time of year becomes its own gray season.

"He's right," Frost said. "Once March rolls around, and this goes on into April, it gets kind of old."

I posed the same question to Mandy Chamberlin, accompanied to the game by her 11-year-old son Trent. Chamberlin, whose family runs Stahl's dairy farm in Royalton, wanted Trent to meet Celery, the celebrated Bisons mascot, who was doing a meet-and-greet with fans before a well-deserved retirement.

Bundled up in a heavy jacket, Chamberlin nodded when I told her about Vonnegut's theory. She told me the cows "would love to be outside eating grass."

Of the raw April conditions, she said simply: "I'm done."

Sue Rosowicz and Karen Kovacevic, two sisters raised in Buffalo, have been going to International League games since their dad took them to the old War Memorial Stadium, a tradition they continued with their husbands once the team moved downtown.

Now both women are widows. They try to make it each April to the Bisons home opener, even in grim weather, and being in each other's company compensates for gloomy skies.

"That's what sisters are for," Kovacevic said.

Thinking of the April climate, they agreed that Vonnegut spoke for them. "I hate this," Rosowicz said. "I hate being stuck in the house and not being able to go out and enjoy spring."

For her part, Kovacevic could tolerate the wind and cold, if we only had more sunshine.

It seems fitting to end by returning to Jack Frost. He told me his little grandson is going stir-crazy. Every season is brand-new to a 2-year-old, and Aiden is frustrated that he cannot go outside to do all the things he wants to do, such as picking up sticks and spinning in circles in the yard or singing to himself while drawing in chalk on the driveway.

The boy is waiting for the chance to wriggle free and run outdoors after his grandfather wraps him in a light spring jacket, the chance to crouch by the sidewalk in the sun and watch the ants do their work, while flowers burst from the ground and robins sing in the trees.

What Aiden is aching for is a true spring.

For now, nose to the window, he endures our cold Unlocking.

Sean Kirst: In Seneca Falls, a desperate leap and real-life angel tie in to 'It's a Wonderful Life'

The grandmother of Elizabeth "Lill" Kress of West Falls arrived in the United States because of a community reaction to the sacrifice of a great-uncle, Antonio Varacalli, who died saving a young woman from drowning near a famous bridge in Seneca Falls.

"Byron Brown will take the oath of office for an unprecedented fifth term as mayor of Buffalo on Jan. 1, leaving behind the strangest year of mayoral politics in anybody’s memory," writes Robert J. McCarthy.

When Dawson Knox snagged his seventh touchdown catch of the season the other night, he broke the Buffalo Bills’ single-season record for a tight end. Pete Metzelaars was watching.

Williams: Locally, nationally and globally, inequity imperils us all

Michael Paul Williams — a columnist with the Richmond Times-Dispatch — won the 2021 Pulitzer Prize in Commentary "for penetrating and historically insightful columns that guided Richmond, a former capital of the Confederacy, through the painful and complicated process of dismantling the city's monuments to white supremacy."

(The Conversation is an independent and nonprofit source of news, analysis and commentary from academic experts.)

Kurt Vonnegut included a Fredonia speech - and his take on the seasons - in a collection of his work. (Sean Kirst/The Buffalo News)

All too familiar: In Buffalo, navigating by foot in brutal April weather. (John Hickey/The Buffalo News)