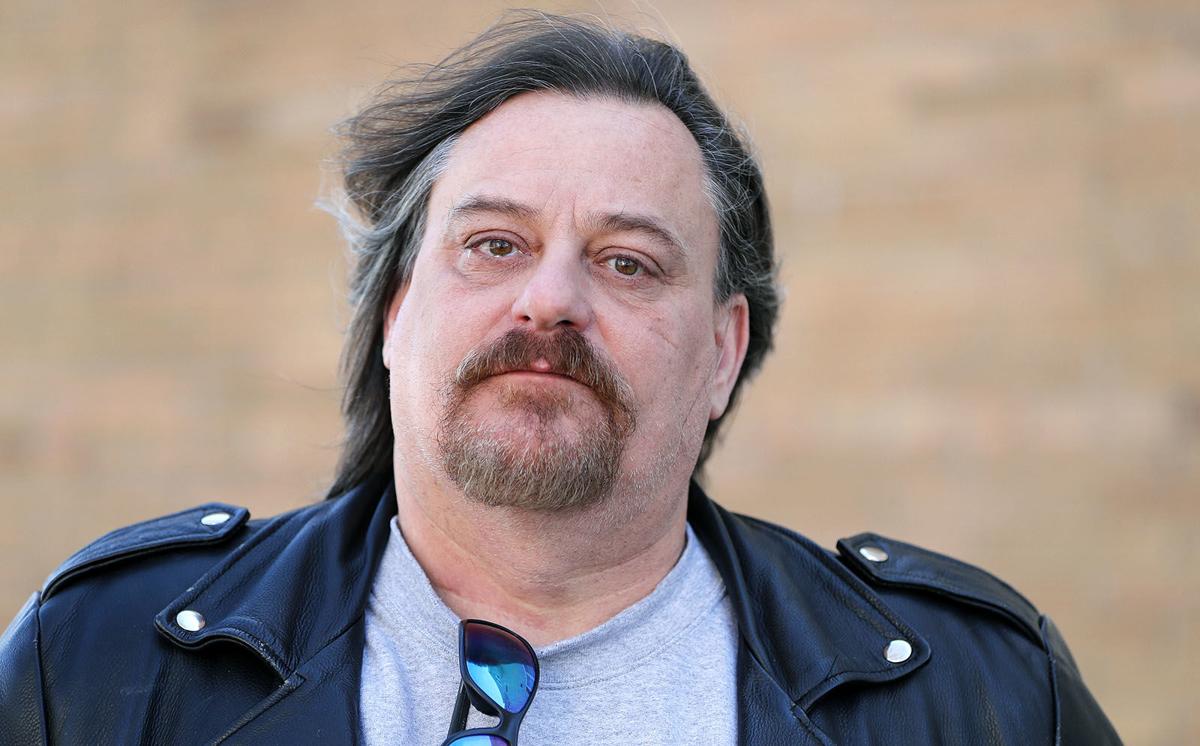 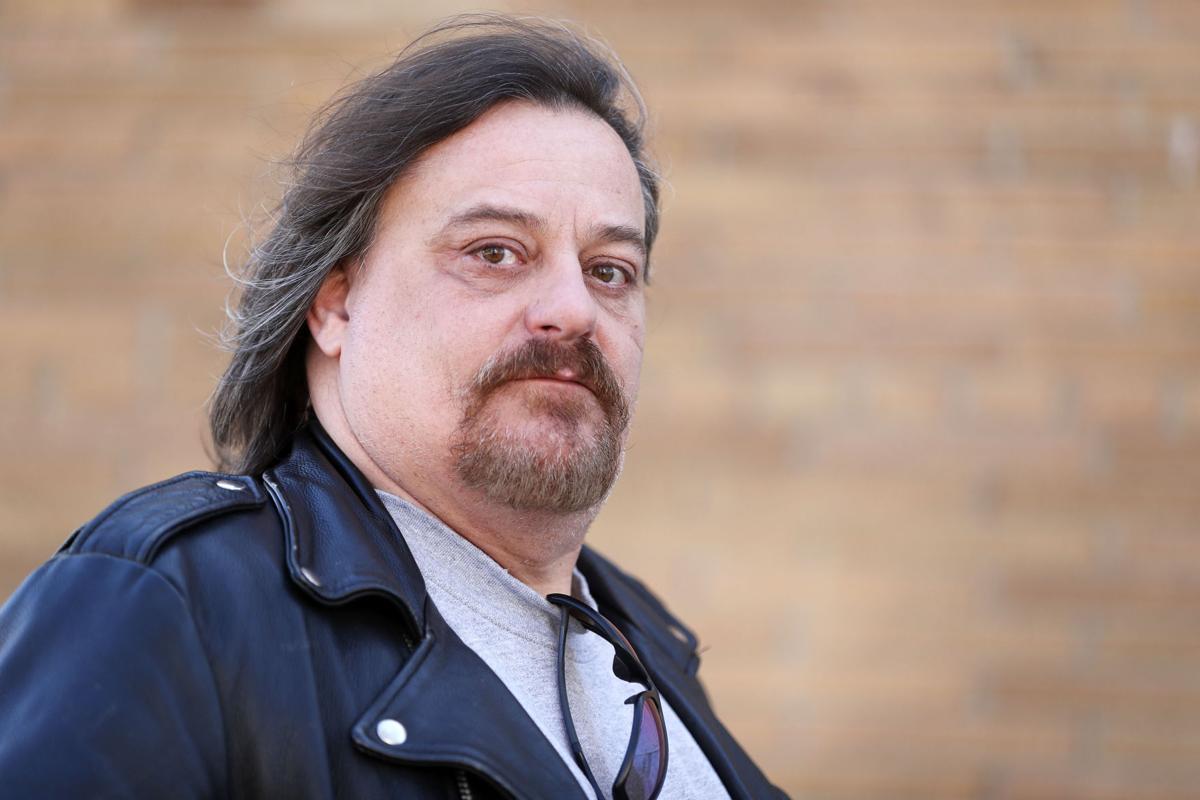 Michael Whalen suffered a lifetime of coming to terms with the consequences of sexual abuse by a trusted priest. The compensation offer made to him by the Buffalo Diocese underscores the need for Albany to pass the Child Victims Act. (Mark Mulville/Buffalo News)

What Michael Whalen remembers, when he thinks back on it, is the orange jacket.

He wore it almost 40 years ago, along with a pair of children's snowpants, when the Rev. Norbert F. Orsolits, a priest at St. John Vianney in Orchard Park, took Whalen and two other boys on what was supposed to be a weekend ski trip to the Bluemont Ski Area in Yorkshire, south of Buffalo.

Whalen's family, at the time, didn't have a lot of money. When you had a coat, you kept it until you outgrew it. At Bluemont, the staff attached one of those tickets for a ski lift to the zipper.

Whalen, now 52, said he was wearing the orange jacket when Orsolits began sexually abusing him in a cottage not far from the ski area, a cottage where Orsolits still lives. Whalen saw no choice except to keep using the jacket in the months afterward, despite the memories it unleashed.

He could not bring himself to explain to his mother what it meant.

"I thought about it every time I saw that ski tag," Whalen said.

Tuesday, Whalen went public in Buffalo with his account of being abused by the priest when Whalen was "13 or 14 years old." He was accompanied at his news conference by Robert Hoatson, a former priest who advocates for abuse survivors. Whalen immediately braced himself for cynics, for people who would remember some of his struggles in life and insist he was lying.

Man says he was abused as teen by Buffalo-area priest

That night, his brother called to tell him about the kind of ultimate affirmation Whalen never believed he would receive.

Orsolits, removed from ministry as a priest in 2003 by the Catholic Diocese of Buffalo, admitted Tuesday to Buffalo News reporter Jay Tokasz that he abused "dozens" of boys during the time he wore a clerical collar. He suggested those incidents were consensual and typically involved alcohol, and he said he had been "led on" by some of the boys.

For Whalen, despite disbelieving fury that Orsolits would blame his youthful targets, it was as if a boulder had been lifted from his shoulders. He said the abuse contributed to his years of alcohol and drug abuse, to feelings of self-contempt and shame. For decades, remembering the esteem in which priests were held when Whalen was a child, he didn't believe people would understand if he dared to tell the truth.

While Orsolits said he didn't recall Whalen specifically, he did not deny abusing him. Whalen said the priest's admissions supported his core memories of that day, "almost word for word." He hopes other survivors of abuse will finally feel safe in coming forward.

Whalen said he now sees he was a classic target for a predator. His father died when he was 6. His home life was turbulent, and he was eager to emulate impressive role models who seemed to show real concern.

Orsolits was a priest who supposedly related to his students, a guy who conducted "rock 'n' roll Masses" for young people at St. John Vianney. The priest would include music by Led Zeppelin, Lynyrd Skynyrd and other bands Whalen loved.

Whalen said he trusted and admired Orsolits, a bond forged at a time when Whalen was beginning to rebel. He recalls that he smoked marijuana for the first time on a class trip to Crystal Beach. He described himself as a confused kid, moving a little closer to the edge.

Orsolits, he said, zeroed in on that confusion. The priest asked him to get his mother's permission for the ski trip, which involved two other boys. Whalen does not know if those children were also abused that weekend. He lost contact with one. The other died of cancer.

Whalen said Orsolits was drinking and smoking marijuana with the boys when his friends decided to go outside, while the priest intensified the party atmosphere.

"He's feeding me drinks," Whalen said. "He's getting me high."

The abuse "started with a thigh rub and you kind of froze," Whalen said. He said Orsolits completed a sexual act, then told him to never talk about it.

"As soon as what he did to me was done," Whalen said, "he got up and washed his hands."

Whalen, horrified and ashamed, went to bed. By the next morning, he decided he would never speak of  it. Orsolits, he said, never brought it up or invited him on another excursion. After that day, Orsolits kept his distance, although Whalen said Orsolits would sometimes quiz him aggressively – almost with hostility – during religion classes, as part of his preparation for confirmation.

Today, Whalen is a grandfather and the father of four children from two marriages. His drinking, he said, undermined much of his life. His grades in high school suffered from substance abuse. He lost his license for a time due to drinking and driving, and Whalen said he was absent as a father and a husband during his first marriage, mistakes he said he's tried to remedy with his second wife.

He lives on disability, the result of multiple surgeries on his spine and back. He first told a counselor about the abuse in the late 1990s, a moment he described as an unforgettable relief that triggered the start of recovery. He wants his grandchildren to understand "there's evil out there, and you don't have to be quiet."

Yet the cascade that led to the revelations of the past few days really began only a year ago.

When Whalen was in high school, another student confided to him that he had stolen hundreds of dollars from the collection at St. John Vianney and hidden it in the woods. Whalen and two friends found the money and split it up. They burned the checks, left the change and each stole $131 in cash.

"It haunted me," Whalen said. As things kept going wrong, he believed God was punishing him for the theft. Finally, after speaking with a counselor, he decided it was time to return the cash. Last year, he brought a money order for $131 to St. John Vianney, where he handed the check to a priest and told him the story.

Then he described what Orsolits had done to him.

The priest told Whalen he was going to report the abuse to the diocese. That led to a phone call from Bishop Richard J. Malone, whom Whalen said offered to provide free counseling. Whalen, who already was working with a counselor, turned it down.

Not long afterward, he saw an ad from a law firm on Facebook urging survivors of sexual abuse by priests to make contact. Whalen responded, and the firm put Whalen in touch with Mitchell Garabedian, the Boston lawyer whose work with survivors was a critical part of the movie "Spotlight."

Garabedian agreed to represent Whalen, who declines to speculate on where that might lead. Both lawyer and client said Wednesday that Orsolits' story underscores why the names of any priests whom the Diocese of Buffalo believes were guilty of abusing children ought to be made public.

As for Orsolits, he told Tokasz the diocese sent him to a six-month psychological treatment program in Canada. When he returned, he said, he was reassigned to a rural parish and also taught in a high school, before the diocese removed him from ministry in 2003.

Think of it, Whalen said. If Orsolits' account is correct, a man who by his own admission abused and wounded dozens of children returned to a school environment – and then went to live in retirement in a community where area parents had no idea of what he had done.

How many times, Whalen asked, have such decisions been repeated, at such risk?

For that reason alone, he said, the names of abusive priests ought to be made public.

Maybe it would spare another child from the scars Whalen still bears, the ones he feels when he thinks of an orange jacket.

Michael Whalen suffered a lifetime of coming to terms with the consequences of sexual abuse by a trusted priest. The compensation offer made to him by the Buffalo Diocese underscores the need for Albany to pass the Child Victims Act. (Mark Mulville/Buffalo News)