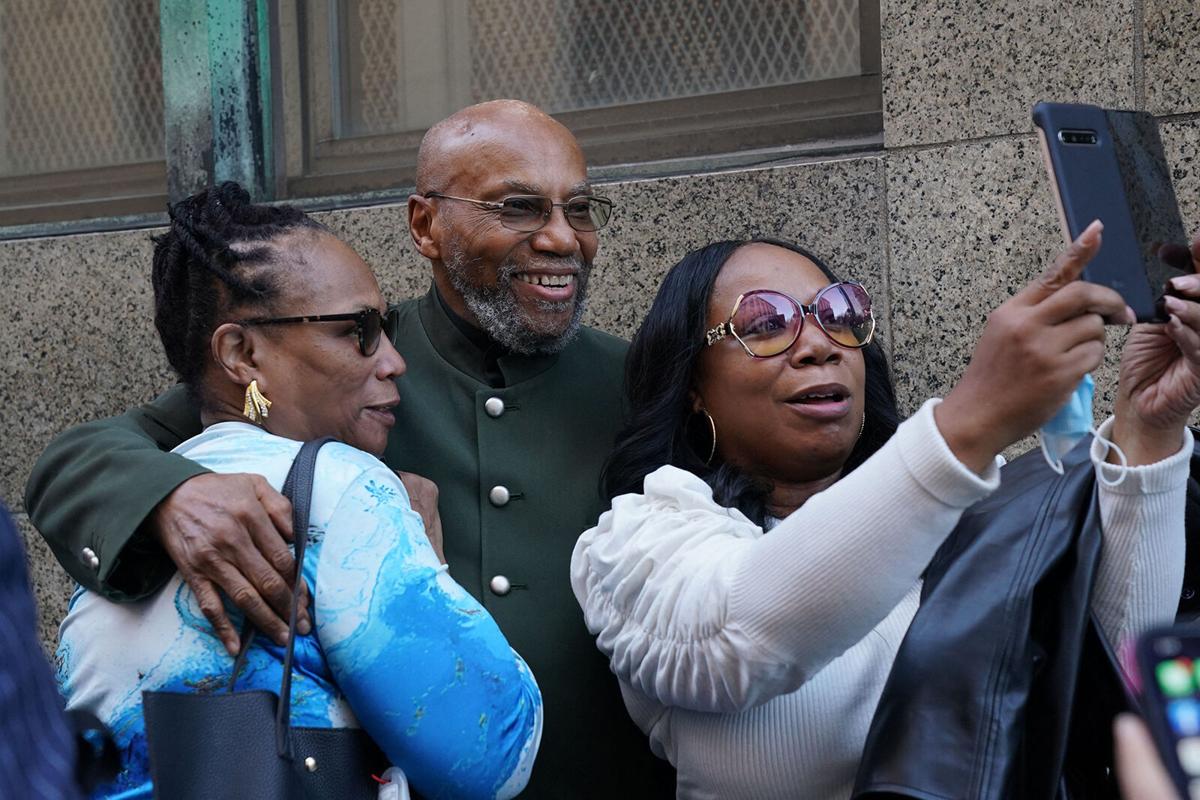 Muhammad Aziz poses for photos outside the courthouse after his conviction in the killing of Malcolm X was vacated, on Nov. 18, 2021 in New York. A New York judge on Thursday ordered that the convictions of two men found guilty of the 1965 assassination of civil rights leader Malcolm X be vacated. (Bryan R. Smith/AFP via Getty Images/TNS) 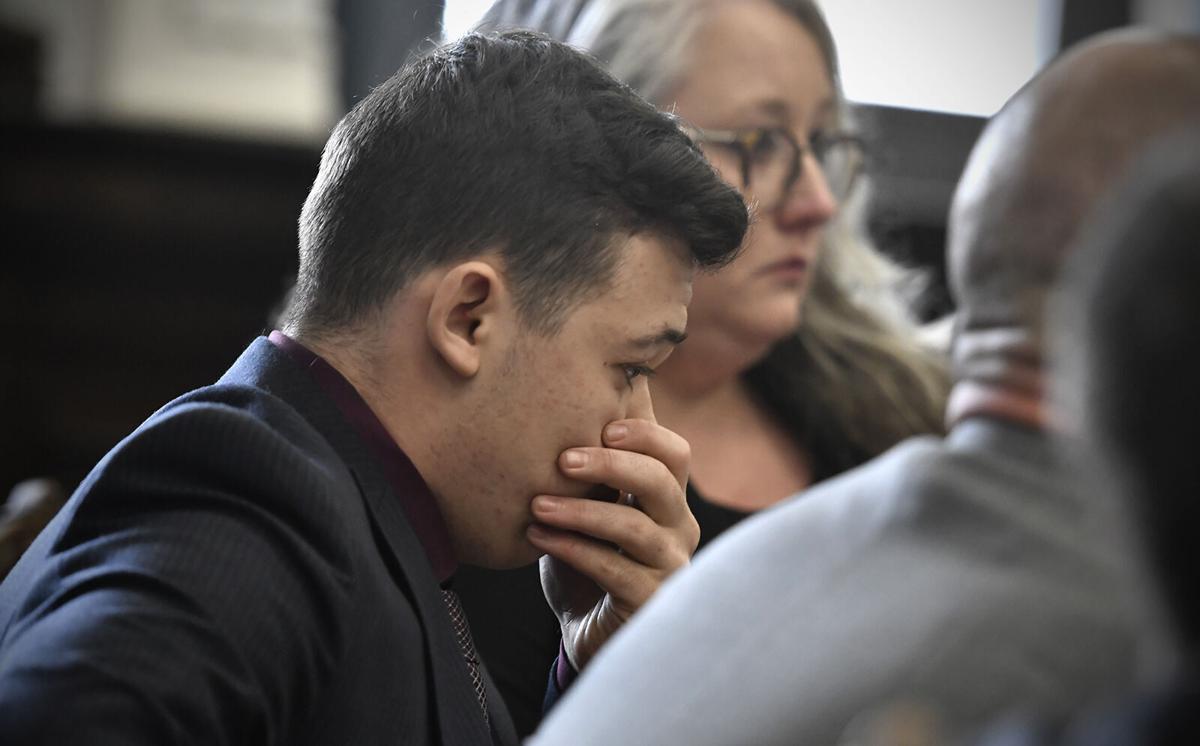 Friday's "not guilty" verdict in the Kyle Rittenhouse trial wasn't altogether surprising — especially after Judge Bruce Schroeder said he wouldn't allow the people Rittenhouse shot and killed to be called victims. But it still felt like a gut punch knowing the prosecution wasn't allowed to show a video in which Rittenhouse reportedly said he wish he had a gun so he could shoot people two weeks before he went out and shot people.

I can't help but juxtapose the outcome in the Rittenhouse case to that of the high-profile case of Julius Jones in Oklahoma.

On Thursday, Oklahoma Gov. Kevin Stitt commuted Jones' death sentence to life imprisonment without possibility of parole — but with the condition that he would never be eligible to apply for or be considered for a commutation, pardon or parole for the rest of his life. This despite the state's Pardon and Parole Board recommending clemency with the possibility of the parole — before Stitt's decision — because of serious doubts about the evidence against Jones.

I'm grateful Jones is alive, but it's hard to see the governor's order as just.

Also last week, Khalil Islam and Muhammad A. Aziz, two of the three men convicted for the 1965 assassination of Malcolm X, were exonerated. As The New York Times noted, "A 22-month investigation conducted jointly by the Manhattan district attorney's office and lawyers for the two men found that prosecutors and two of the nation's premier law enforcement agencies — the Federal Bureau of Investigation and the New York Police Department — had withheld key evidence that, had it been turned over, would likely have led to the men's acquittal."

Yes, their convictions have now been thrown out, but who will be held accountable for their wrongful incarceration?

Where is justice for Malcolm X?

Where is the justice for Islam, who died in 2009, and Aziz, who after spending decades in prison for a crime they didn't commit, had to see themselves portrayed as murderers in books, television and film? David Shanies, an attorney who teamed up with the Innocence Project to represent Aziz and the Islam family, said "the NYPD and FBI covered up a tremendous amount of evidence of their innocence, hiding it even from the District Attorney."

And who will be held accountable for that?

Last week the city of Aurora, Colorado, agreed to pay the family of Elijah McClain $15 million to settle a civil rights lawsuit filed over his death by police. It is said to be the largest police settlement in its state's history. The 23-year-old unarmed McClain was stopped by police as he walked down the street.

"I have a right to stop you because you're being suspicious," an officer can be heard saying on the bodycam video. The slight, 143-pound McClain was placed in a chokehold. He passed out. Paramedics injected him with 500 milligrams of ketamine, an amount appropriate for someone north of 200 pounds. He fell into a coma. He was pronounced dead at the hospital.

This was all in August 2019. Only in September, two years after McClain's death, were two police officers, a former officer and two paramedics charged with counts of manslaughter and negligent homicide. Had it not been for weeks of protests following the murder of George Floyd in 2020, charges may not have been brought.

Is this how justice is supposed to work?

Or is the $15 million settlement acknowledgment that justice doesn't work for everyone?

Because in a week in which several high-profile cases all had various forms of conclusions, the only person who appears able to go on and live a full life is the 18-year-old who killed two people.

Hours after the verdict, I received a fundraising email blast from "Free Kyle USA" that read, in part, "please, take all that positive energy I know you're feeling and make an urgent donation to help us close this very ugly chapter in our lives."

I'm sure from Rittenhouse's perspective, this was an ugly chapter. However, for Black people who saw the photo of him earlier this year in a bar wearing a T-shirt that said "Free as F---," as he posed for photos with members of the Proud Boys, flashing a "white power" sign, this is more than a chapter.

Yes, these are different cases with different judges and circumstances. Still, I can't shake the feeling that they're all part of the same story about two Americas.

What a seismic difference a trial has made to public and media perceptions of Kyle Rittenhouse. When he was charged at age 17 with shooting three men, two fatally, during racial unrest in Kenosha, Wisconsin, last year, various media accounts described him as a rifle-toting white supremacist who drove across the border to shoot Black Lives Matters protesters in the racial unrest that followed ...

Kyle Rittenhouse is 18 years old. On Aug. 25, 2020, when Rittenhouse killed two men during a night of civil unrest in Kenosha, Wisconsin, he was 17. But when he took the stand during his murder trial, he looked like he could be 13. Defendants in murder trials often do themselves no favors by testifying in their own defense, but Rittenhouse probably helped himself. He was soft-spoken and ...

Editorial: Kyle Rittenhouse and the adults in the room

What can sensible adults agree on regarding Kyle Rittenhouse, the latest young symbol on whom America can hang its devastating internal division and the newest tool for social media networks to monetize without regard to individual and societal hurt? Those who believe in the rule of law, which should be all of us, might start with the notion that a murder trial involving self-defense is no ...

Muhammad Aziz poses for photos outside the courthouse after his conviction in the killing of Malcolm X was vacated, on Nov. 18, 2021 in New York. A New York judge on Thursday ordered that the convictions of two men found guilty of the 1965 assassination of civil rights leader Malcolm X be vacated. (Bryan R. Smith/AFP via Getty Images/TNS)