Jeff Simon: 'Mad' was satire you could bring home to show mom
0 comments
Share this
1 of 2 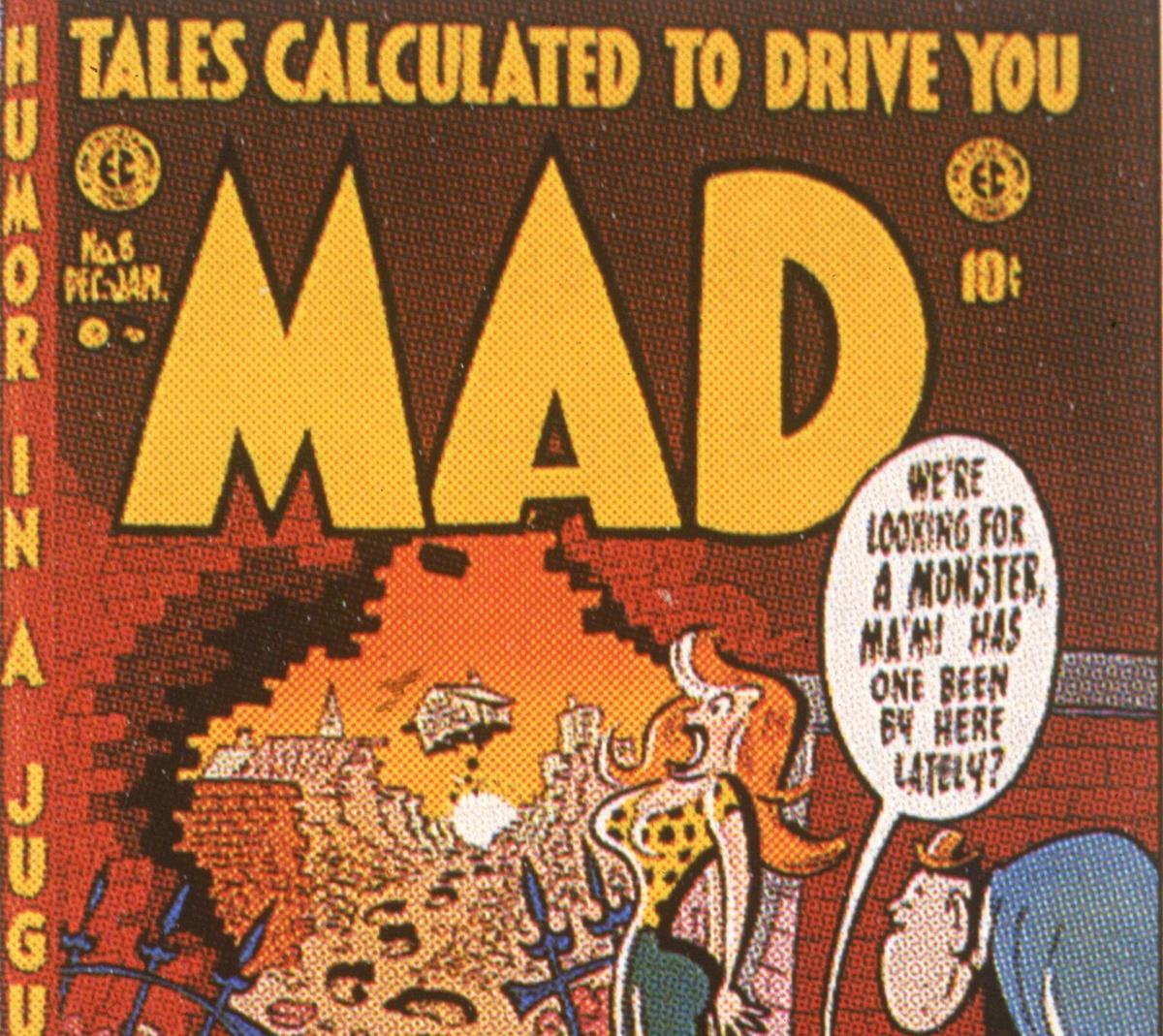 Mad magazine will cease publishing new material this year. This is part of a 1953 cover. (Getty Images) 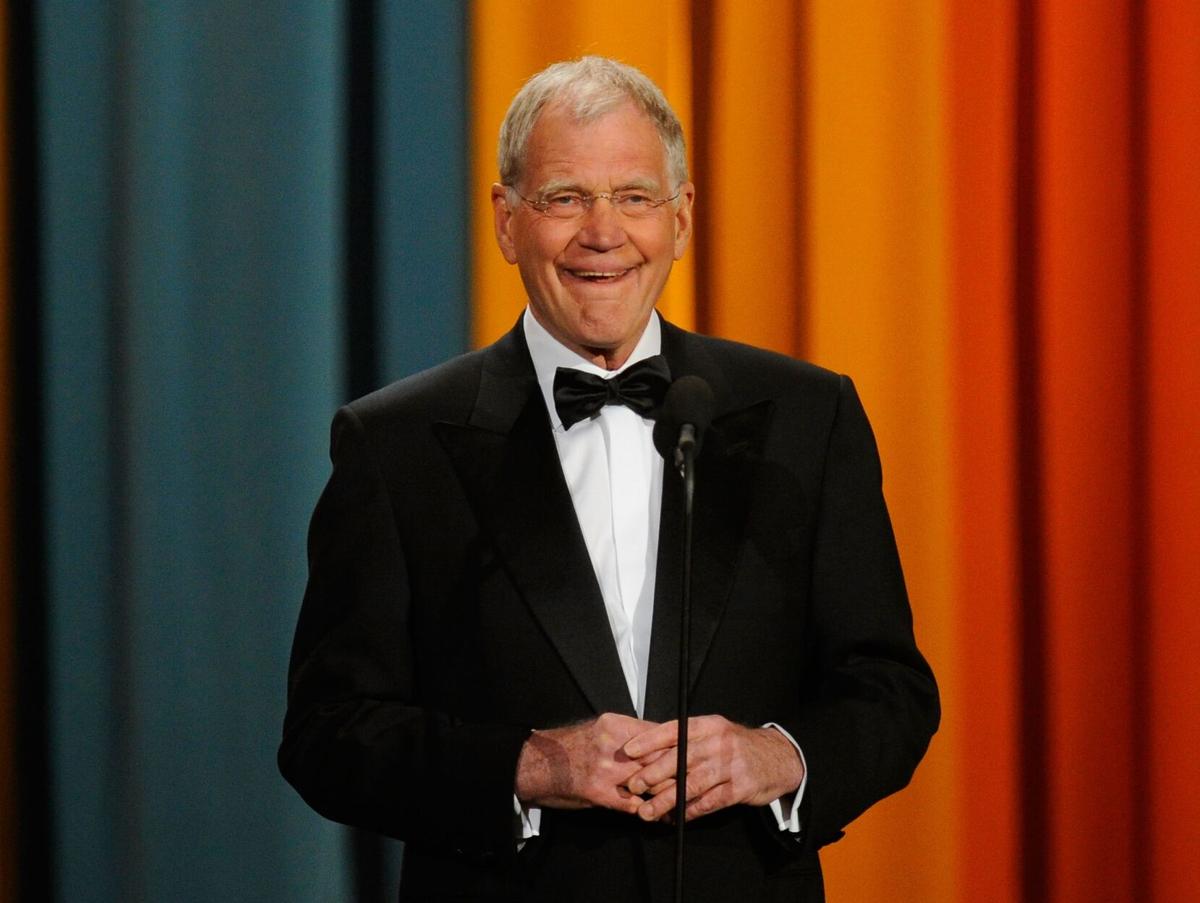 The first time I saw a photo of David Letterman's face - with that big goofy smile and that gap the size of the Bosphorus between his two front teeth -  I thought "Alfred E. Neuman lives."

Once upon a time, that was a universal reference. No more. When septuagenarian Donald Trump wanted to take a swipe at the naive affect of Presidential candidate Pete Buttigieg, he said that he looked just like Alfred E. Neuman. Mayor Pete instantly antiquated the president by admitting he had to look it up to see just who Alfred E. Neuman was.

In truth, my guess is that Mayor Pete is far hipper to references from the 1950s through the '80s than he let on. The point he was making was how dated the owner of the Mar-A-Lago country club is.

That will happen when the face of Mad magazine's boy "mascot" was once as visually commonplace to you as the face of your best friend in third grade.

Letterman's accidental resemblance to an older, hipper, Alfred E. Neuman was just perfect. How delightful would it have been if there had been a real Alfred E. Neuman and he'd grown up to be a tall, thin, alienated wiseacre from Indiana who turned every single convention of television into a nasty superior joke for everyone who knew better (which should have been according to this particular sensibility, everyone in America).

Letterman, in those early years on NBC's late night, kept the myth of his show's intimate kinship with Mad magazine going. He sometimes used to claim that his omnipresent longtime assistant and producer Barbara Gaines (who was often seen on the show pretending to be dithery and whiny) was the daughter of Mad magazine's publisher William M. Gaines.

Letterman got away with it. Who would know after all? Certainly, his television show was a direct descendant of the kind of satire Mad magazine established in  America's 1950's. Wouldn't it be fitting if Mad's actual children were on Letterman's staff?

Not so. Barbara Gaines' father wasn't William M. Gaines. Her father was a dry cleaner. Letterman was inventing a connection that would have been true in a better world. After all, wasn't his writer and performer Chris Elliott the son of Bob Elliott of radio's Bob and Ray?

Letterman's earliest brain trust was a lot higher and more patrician than Mad magazine. It was pure Harvard via the Harvard Lampoon. Letterman could claim to be the proud alum of Ball State all he wanted, but his two head writers were Jim Downey and Steve O'Donnell, Harvard guys and alumni of "Saturday Night Live." Add Letterman's incredibly creative girlfriend back then, Merrill Markoe, and you have the new sensibility that carried Letterman through a least half of his career.

All with the big guy with the Alfred E. Neuman gap-toothed grin in the middle. Neuman always looked a bit confused; Letterman always grinned with a wee bit of meanness behind his midwestern good cheer. That was the essence of his cool. It was that meanness that made male fans want to be his pal, not whatever stray niceness that might reside next door to it.

The fact that Mad magazine is now a dated reference that young presidential candidates supposedly have to look up didn't surprise me. What shocked me a little was that  in 2019, Mad was still publishing new material. I thought Mad died 20 years ago but learned it did keep going when it was announced this past weekend that by year's end it would stop publishing new material and only appear periodically with re-packagings of old stuff.

I hate to seem flip about Mad. It did establish irreverence as the baseline attitude of American adolescence from the time it began in 1952. I was 7 at the time - a perfect age to encounter Mad when it was a comic book. Which, in fact, I did.

The trouble with Mad is that for those of us who remember it as a comic costing a dime (no kidding), it instantly became fodder for nostalgia in 1955 when Harvey Kurtzman transformed it from a comic book into a magazine. That way he could satirize whatever he wanted and not worry about the "comic code authority" breathing down his restless neck.

I used to play tennis as a kid in Delaware Park with a guy who bragged he had Vol. 1 No. 1 of Mad when it used to be comic book. Finally, just to shut him up I went over to his house on my bike from the tennis court to see if he was telling the truth.

There it was - Mad, the comic book, Vol. 1 no. 1 dated Oct.-Nov. 1952. A man woman and a child are panicked and pinned against a wall. The balloons read "That thing. That slithering blob coming toward us! What is it? It's Melvin." My old tennis partner was already looking forward to the day when it might be "worth something."

Its parodies - of movies, TV and Madison Avenue - could be devilishly good without being truly nasty.

Here was my trouble. Paul Krassner's The Realist began in 1958 in the same building as Mad. It was the offspring of a radical satirist who had sometimes been a Mad contributor. Krassner had no desire to take prisoners. He was much more extreme. His parody of William Manchester's book about the Kennedy Assassination is still a milestone in ghastly jaw-dropping blowtorch satire in American publishing. It is still a good question to contemplate late in the evening which was in worse taste - Krassner's piece in 1964 or the 1973 magazine cover of National Lampoon which showed a cute dog with a gun trained to its head. The cover read "If You Don't Buy This Magazine, We'll Shoot This Dog."

I'm going with Krassner in 1964. I couldn't believe what he was trying to get away with when I first read it.

I have enormous regard for all those American counter-cultural figures who found Mad so pivotal to their lives and sensibilities. (The ultimate tribute, I suppose, came from Patti Smith: "After Mad, drugs were nothing.")

What had happened in my house in my pubescent years is that I had accidentally tapped into the motherlode of the hippest and most creative magazine of its era - Esquire magazine from the late 1950s through the '60s.

My father was in the men's wear business and a friend had assumed that Esquire's minimal attention to men's clothing would be of interest to him. So they bought him a nice big fat long subscription. He couldn't possibly have cared less.

I was transfixed from the very first issue that arrived in the mail. Esquire was transforming American literary prose at the time--Norman Mailer, Tom Wolfe, Gay Talese, Stanley Elkin, Terry Southern, Nora Ephron, Garry Wills, Gore Vidal, Dwight Macdonald. Every issue had some new outrageous excitement - Jean Genet covering a political convention? Sure why not? Its satiric annual Dubious Achievement Awards were definitive in a way Mad's pubescent jabs could never be.

Mad was satire boys could take home to Mom, if necessary. Their mother's reaction would be "boys will be boys" (or "kids will be kids" if, somehow, it happened to be a female Mad reader.)

If you read The Realist you didn't tell your parents. If you had any brains at all, you hid that pulp magazine somewhere. The big slick Esquire was different. You didn't have to hide such an expensive looking product; you just didn't discuss its contents. That way was trouble.

Mad will always have my brief pubescent boy's allegiance. But, to my mind, I outgrew it very quickly and needed magazines that provided much bigger bangs for the buck.

In the 1960s Esquire and The New Yorker were the Yin and Yang of writing in American magazines. I was hooked into Esquire. I eventually married someone whose literary world was steeped in the New Yorker of Salinger, Cheever, Updike, Hersey, Capote and Brendan Gill.

To us, Mad was for the kids. Who all went into television and proceeded to take over absolutely everything.

It amazes me, to be honest, that Mad as a magazine made it as far into the 21st century as it did.

The Tribute Garden was built as solace for survivors of domestic violence and their families and as a memorial to those who died due to abuse.

In the Covid-19 era, potential hosts must consider state limits on attendees, donor fears of a contagious virus and the possibility of huge throngs of protesters.

Mad magazine will cease publishing new material this year. This is part of a 1953 cover. (Getty Images)