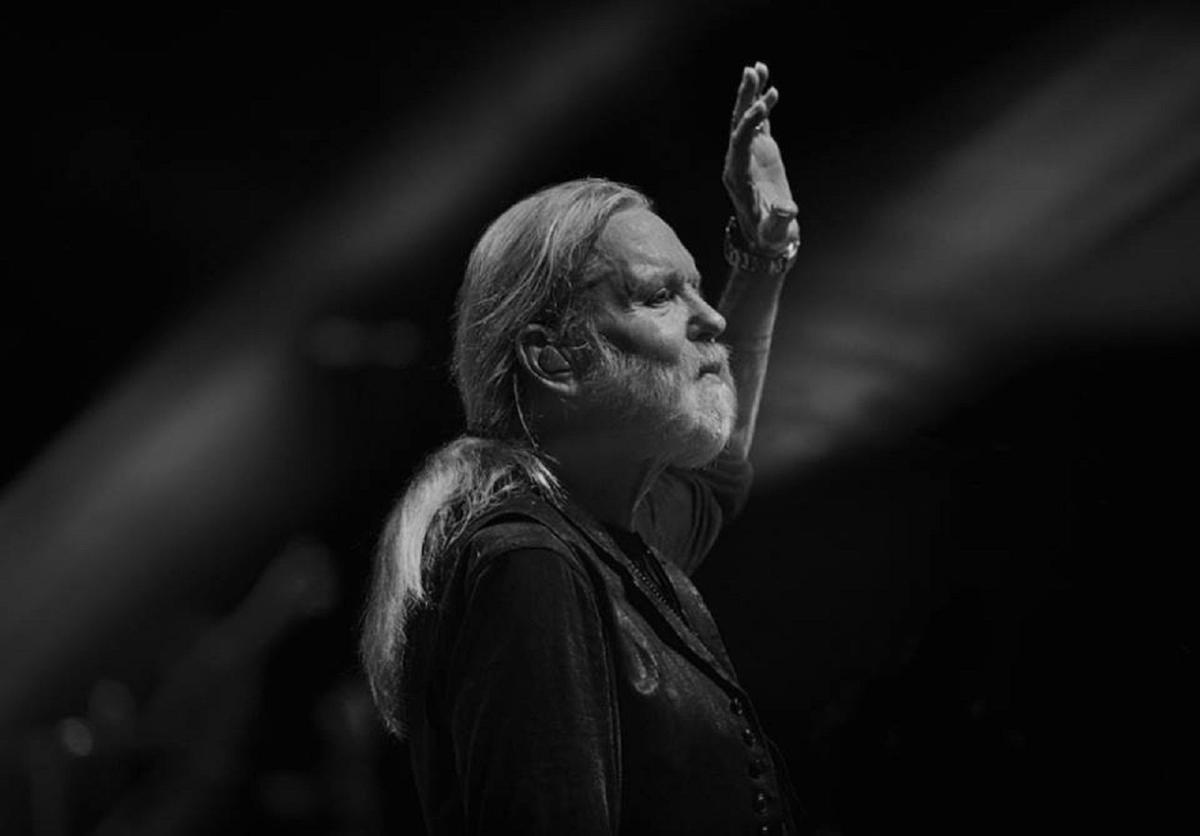 Gregg Allman, one of the most soulful singers in rock music history, died on Saturday at the age of 69. 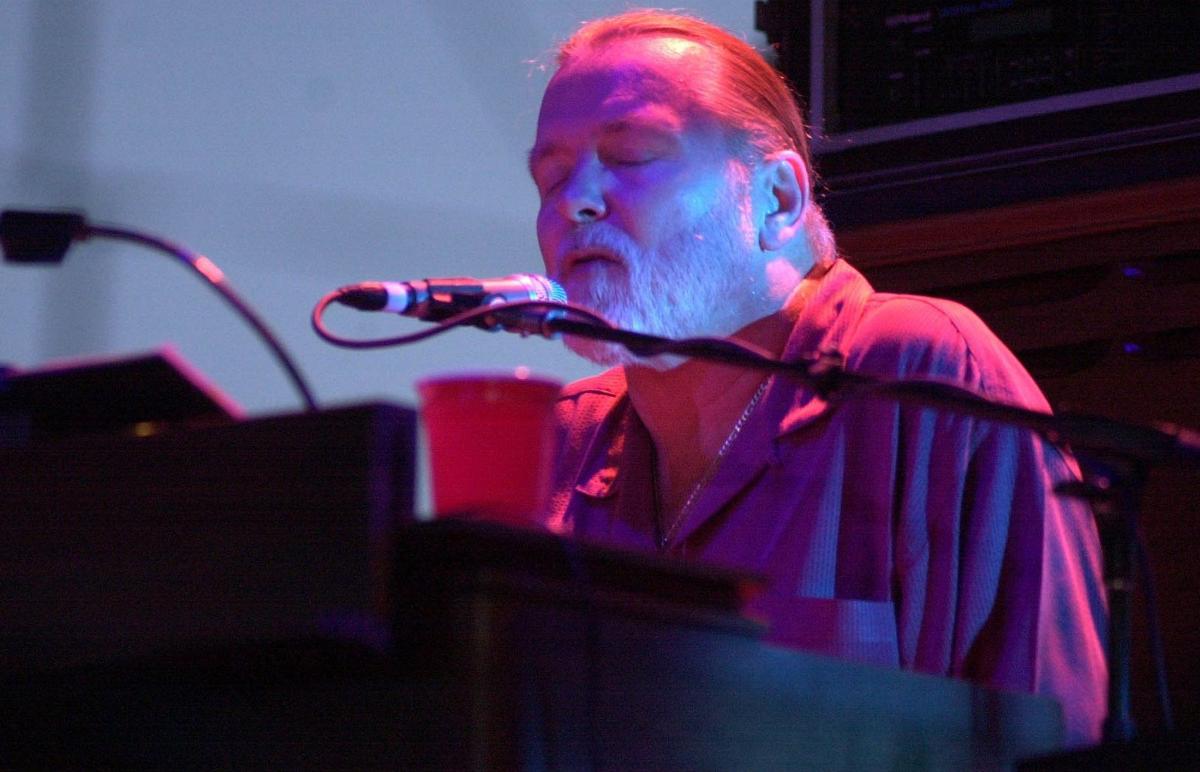 All you really need to know about Gregg Allman, who died from complications involving liver cancer on Saturday at the age of 69, is in his achingly soulful singing.

Allman was, in my estimation, the greatest white soul-blues singer of the past 50 years, if not the finest ever. He could melt your heart with his sultry, languid phrasing, make the hair on the back of your neck stand at attention when he growled a low-down, gut-bucket burner, and sing a ballad with the authority that only comes to those who have lived the blues, who understand it not as a musical idiom but as an existential condition.

The voice boasted wisdom beyond its years from the very beginning.

Allman was only 21 when he and older brother Duane formed the Allman Brothers Band in 1969, but his singing on the group's debut album is imbued with a feeling as ancient and indomitable as the most rugged, weather-beaten mountain in the land. Surely, it was an old soul singing "It's Not My Cross to Bear," the first beautiful Gregg composition in what would turn out to be a 50-year history of them.

The same album boasts a torrid interpretation of Muddy Waters' "Trouble No More," revealing from the outset just what the Brothers could do with a traditional blues and paving the way for future interpretations of blues standards that would, in many instances, become the definitive performances of those songs. (Think "Stormy Monday," "One Way Out," "Statesboro Blues," "You Don't Love Me" – once Gregg sang them, and Duane, Dicky Betts, Berry Oakley, Jaimoe and Butch Trucks worked their harmonic and rhythmic magic, it was all over – these songs were now property of the Allman Brothers Band.)

Once you flipped that debut disc over and dropped the needle on side B, then you at once realized you were in the presence of something more transcendent than mere genius – this was pure soulfulness, a distinctly American marriage of R&B, jazz, blues and swing tethered by a songwriter's understanding of pacing, dynamics and narrative.

The slow crawl of "Dreams," giving way to the elegant, eternally hip tour-de-force "Whipping Post" – like something culled from Miles Davis' "Kind of Blue" and re-imagined as an acid-blues modal rave-up, and no, this had never been done before – reveals Gregg to be a man whose understanding of the deep blues is matched only by the game-changing nature of the ensemble sound generated by his musical compatriots.

I was in my early teens when I first was exposed to the Allman Brothers Band, through their "At Fillmore East" album, which had been around for more than 10 years before it made its way to me.

Over the coming decades, I would witness the band in concert more than 50 times, in venues ranging from the Saratoga Performing Arts Center to an intimate casino ballroom in Niagara Falls, Ont., and the band's farewell performance at the 2014 Peach Music Festival on Montage Mountain in Scranton, Pa., during which the Brothers played their epic "Eat A Peach" album in its entirety. Not once during these many shows did I ever witness Allman phoning it in. He always gave his all, and he always made us feel it.

Allman's legacy in Buffalo does involve stints at a local rehab, as well as the Allman Brothers Band's ill-fated 1970 appearance at Aliotta's Lounge, which concluded with band manager Twiggs Lyndon stabbing  and killing owner Angelo Aliotta during a dispute over payment.

However, the 100-plus concerts he played both with the Brothers and with his concurrent solo career bands in the Western New York region are the true basis of his local legacy. From a surprise gig at Canisius High School in October of 1976 to dozens of stops at the Darien Lake PAC, Artpark, area casinos and concert clubs, Allman poured his soul out to Buffalo audiences, who greeted him like an old friend with some particularly powerful and necessary news to deliver.

Allman had his demons, to be sure. He never truly seemed to get over the 1971 death of his brother Duane, a tragedy that left both Allman and the band rudderless, dazed and grief-stricken. He struggled with substance abuse issues, though he seemed to have fully taken control of his life over the past few decades, despite health issues that occasionally forced him to cancel appearances.

Allman had a hard life, in many ways. But he turned personal suffering into transcendent art, and along the way, he elevated all of us who opened our hearts to that art.

The Bisons are playing their latest home games since Buffalo swept three in a row in the old Junior World Series against Louisville in the final week of September 1961.

Analysis: Debating the future of Buffalo

Erik Brady: Red and blue may define and divide our nation, but on autumn Sundays, it unites Bills fans

We can get back to a day when the worldview of our seatmates is something of which we are blissfully unaware.

Jim Kubiak: How does a QB get a perfect grade? Dissecting Bills' Josh Allen vs. Washington

"Josh Allen’s performance Sunday against the Washington Football Team was the equivalent of pitching a perfect game," writes Jim Kubiak.

"Slightly cooler temperatures in the low to mid-60s will return on Tuesday, with a breeze out of the northeast and north," writes Don Paul.

Gregg Allman, one of the most soulful singers in rock music history, died on Saturday at the age of 69.