Authentic Buffalo pizza and wings come to the D.C. area – finally
0 comments
Share this
1 of 4 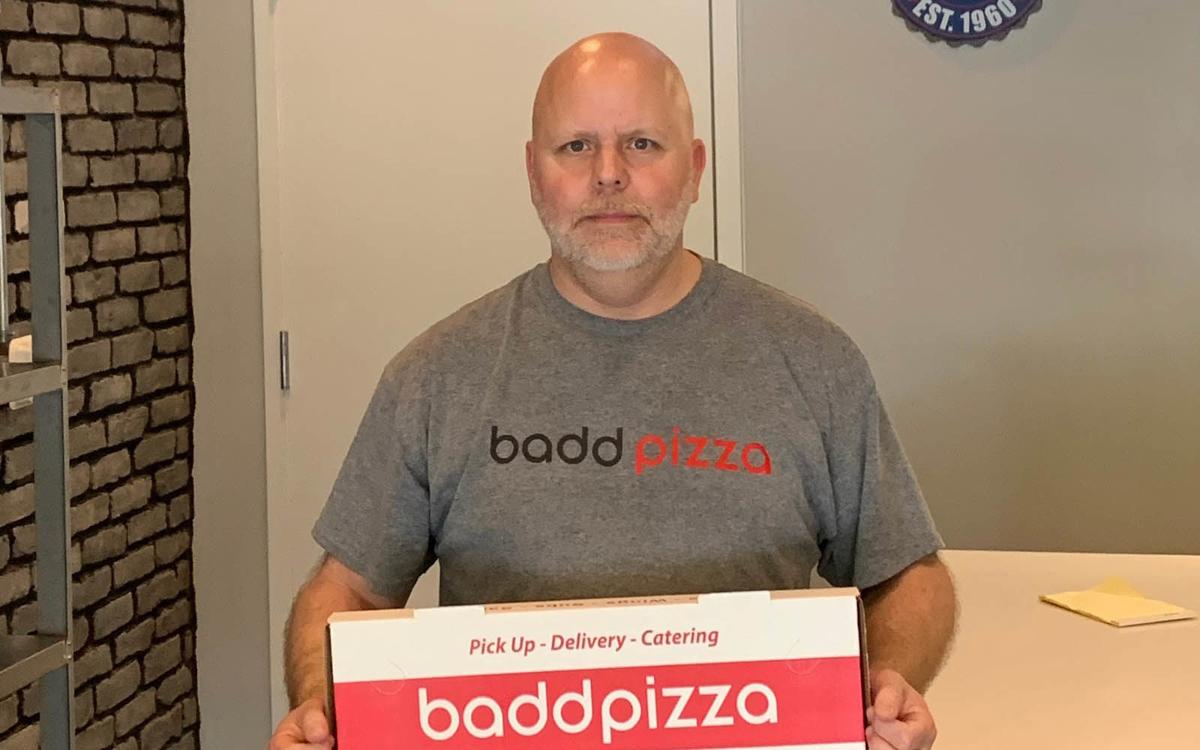 Steve Houck, aka "Stevie Badd," is the man behind the pizza that will make Buffalonians in the D.C. area feel like they're back home. 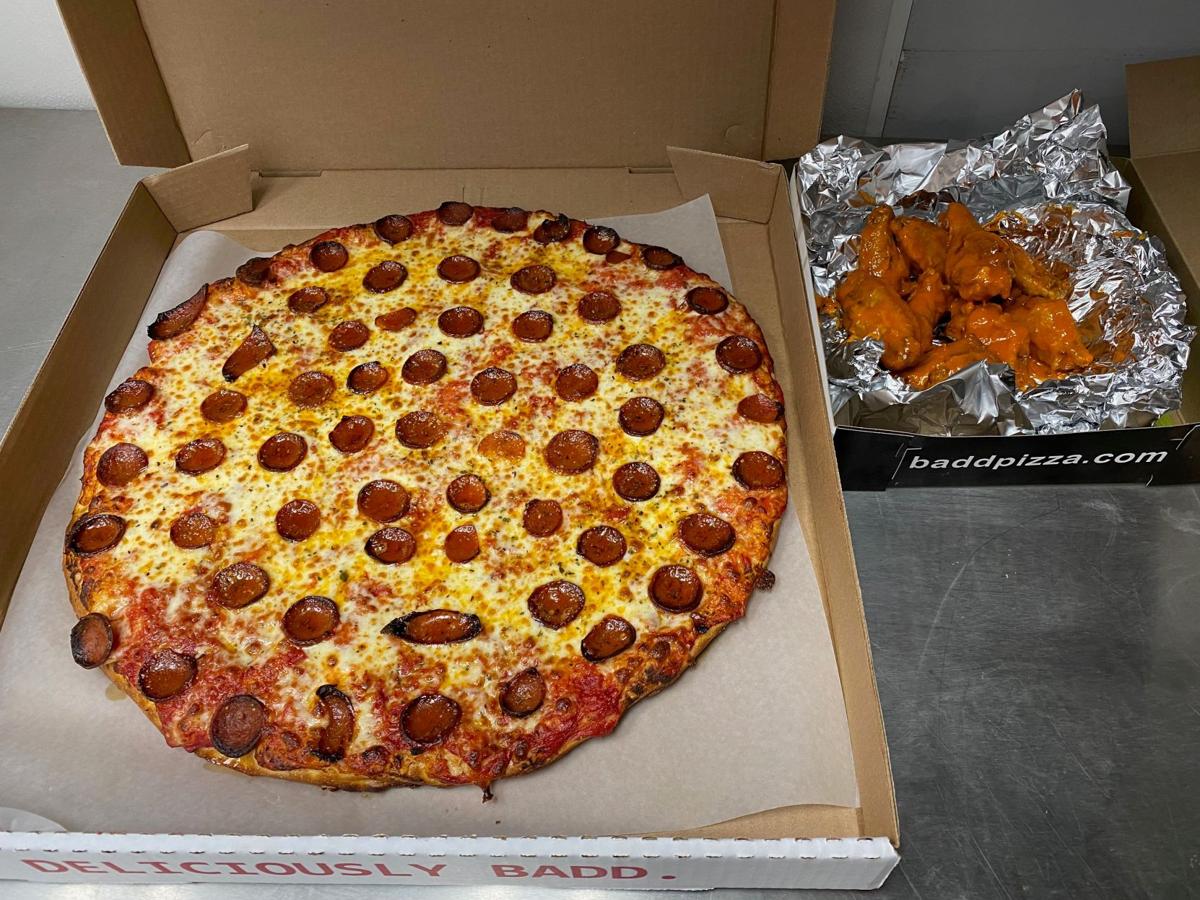 "I'll have the pizza and wings, with a side of homesickness." 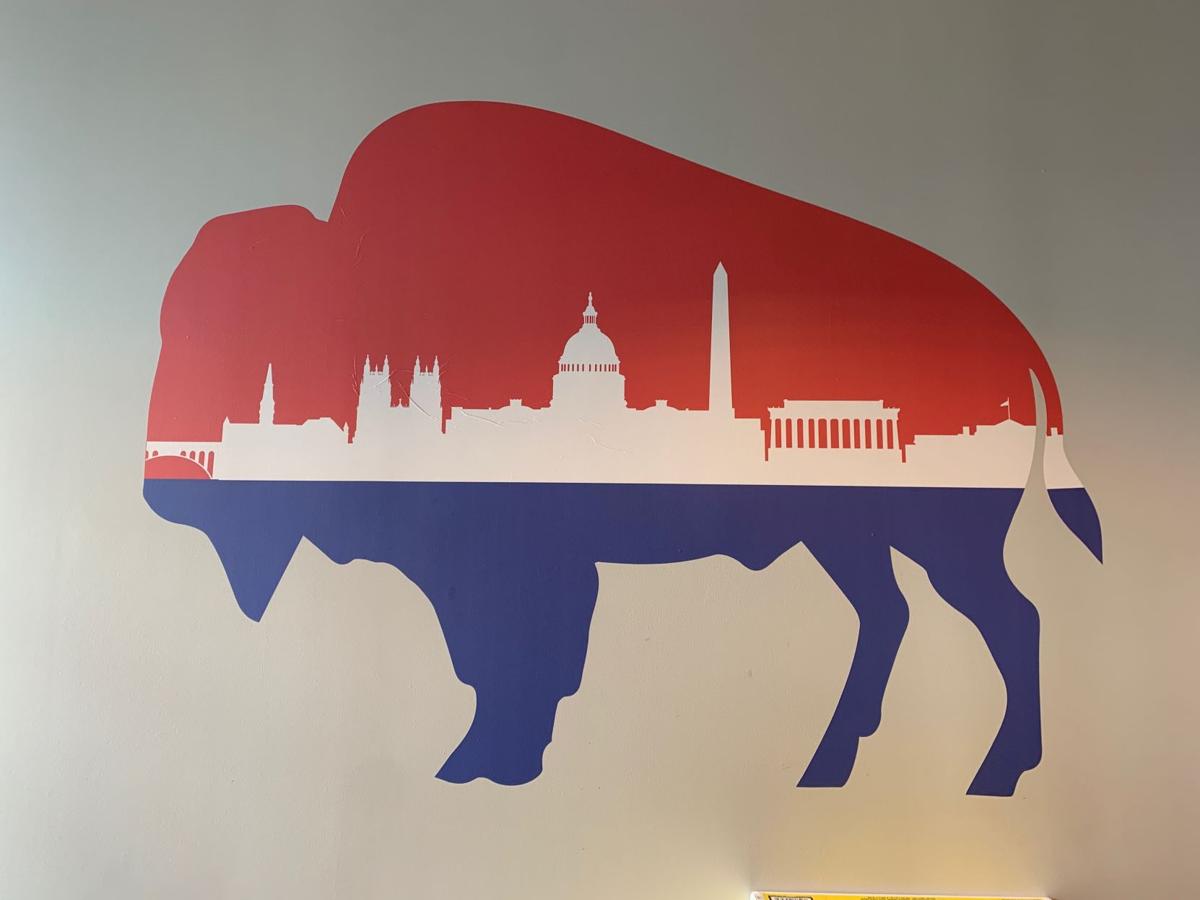 The logo tells the take: Buffalo comes to Washington. 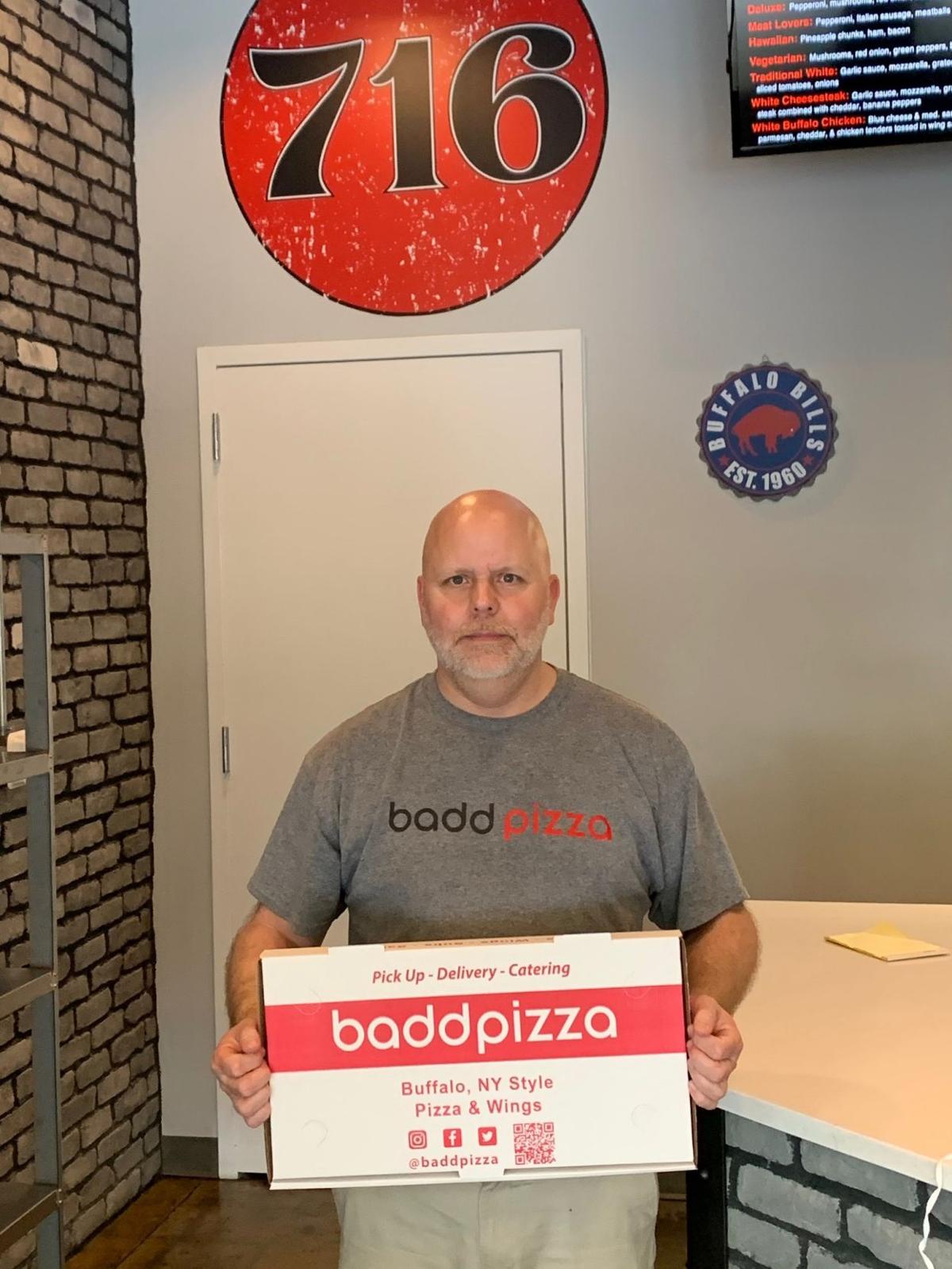 Steve Houck, aka "Stevie Badd," is the man behind the pizza that will make Buffalonians in the DC area feel like they're back home.

Dorothy said that about Kansas when she was in Oz — and Buffalonians say it about Buffalo when they find themselves elsewhere.

Some things can be replicated when you live far from home. You can watch the Buffalo Bills and Buffalo Sabres on satellite TV. You can stream Big Four basketball on ESPN Plus. You can — and, by all means, should — read The Buffalo News online.

But there’s one thing you simply cannot do when you’re away from Western New York, and that’s find genuine Buffalo-style pizza and wings. “Not no way, not no how,” as was said in Oz.

Ah, but for those of us who live in the Virginia suburbs of Washington, this is no longer the case. The real thing is now available just a couple of miles from my front door. And this makes me want to jitterbug down a yellow brick road.

We’re talking authentic cup-and-char pizza, and hot-and-crispy wings — as if Bocce Club and Duff’s somehow landed smack-dab on Broad Street in the heart of Falls Church.

Which they sort of did.

Badd Pizza is the name — and it’s so Badd, it’s good. The secret is not in the sauce so much as in the person of Steven Houck, who got nicknamed “Stevie Badd” when he was at Amherst High School in the 1990s. He swears he can’t remember why.

Houck met Joel Salamone, a Williamsville South grad, in college, and they became fast friends. Salamone moved to Washington in 1999 and made a career in information technology and real estate development. Life was good, but the pizza was bad (one "d," mind you, not two).

Here’s how much Salamone loves Buffalo pizza: As a kid, he would mow his grandparents’ lawn and ask for payment in hot pizza rather than cold cash. He especially liked the pies at Bocce, Santora’s, Mattina’s and Picasso’s.

Imagine, then, moving to Virginia and searching in vain for pizza to satisfy the soul. He was like the Tin Man, longing for a heart. So Salamone decided to open his own pizza-and-wing joint. And his first call went to Houck, a veteran of Buffalo’s pizza wars who had started working at Bocce at the age of 19.

Houck, 46, likes to say he’s a two-time UB grad: University at Buffalo and University of Bocce. He worked there for 20 years in his first stint, tried some other things for a while, and had been back at Bocce for a couple of years before Salamone persuaded him to come south.

Houck moved to Northern Virginia last fall. Left behind, in Cheektowaga, are his wife, Jessica, and their four kids — ages 9, 8, 6 and 3. Houck would drive back to Buffalo every two or three weeks to see them, or they would come to see him. Then the pandemic hit — and Houck did not see them in person for three solid months.

“This has been hard on us,” his wife says. “The kids miss their dad so much, but they understand he is doing something for our family.”

They sold their house last month — in two days — and Jessica and the kids will stay with her parents for a year. Then, if all goes as planned, they’ll make the move to Northern Virginia next summer.

“She’s the one holding this together,” Houck says. “It’s a lot to ask of anybody.”

“We opened in Falls Church, and then a week later the economy shut down,” Houck says. “It wasn’t ideal timing for a new business.”

Even so, the business has done well. “Really well, all things considered,” Salamone says. It helps that Badd Pizza is primarily a takeout place.

The most common order is some combination of pizza and wings. Tim Carman, a food columnist for The Washington Post, wrote rapturously of “alternating between the vinegary jolt of chicken wings and the gooey rush of pepperoni pizza.”

Carman ate his combo alone in his car because of the pandemic: “I felt a million miles away from Western New York, and even further from any sense of normalcy. And yet, in that moment, as the spice lit up my system, everything seemed just right.”

Reviews like that just might get Salamone to his vision of 40 or 50 outlets spread across the region — from Annapolis, Md., to Fredericksburg, Va. The logo that represents such ambition is a standing buffalo with the Washington skyline emblazoned on it.

“What the logo means to me,” Salamone says, “is bringing Buffalo, N.Y., to Washington, D.C.”

And so now all of us expats hereabouts have real pizza and wings right on our doorstep. It’s as if a Buffalo pizza joint fell out of the sky and touched down in Northern Virginia, like Dorothy’s house crash-landing in Oz.

The whole thing makes me want to break out in song. And I know just the one.

“Somewhere Over the Rainbow” is hailed as the greatest song of the 20th century by the National Endowment for the Arts. It was composed by none other than Harold Arlen — who was born in Buffalo in 1905.

Students save ‘race’ class at time it’s needed most

"These students have taught their own lesson, showing their classmates that individuals can make a difference," Rod Watson writes.

Steve Houck, aka "Stevie Badd," is the man behind the pizza that will make Buffalonians in the D.C. area feel like they're back home.

"I'll have the pizza and wings, with a side of homesickness."

The logo tells the take: Buffalo comes to Washington.

Steve Houck, aka "Stevie Badd," is the man behind the pizza that will make Buffalonians in the DC area feel like they're back home.