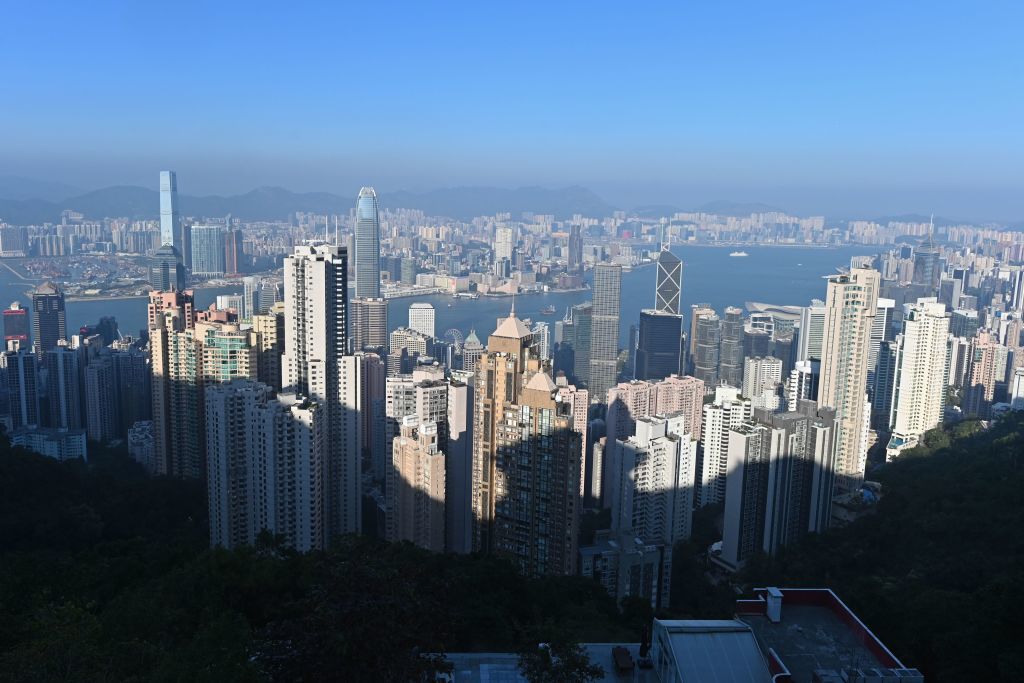 The Hong Kong skyline as seen from a lookout point on the city's Peak district. (Ye Aung Thu/AFP via Getty Images) 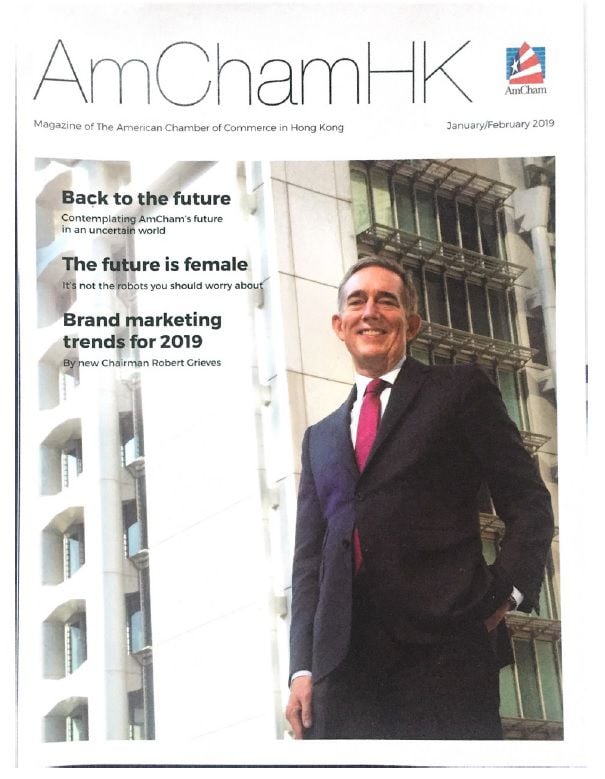 Robert Grieves is chairman of the

When Robert Grieves was a high school sophomore – at Nichols, 50 years ago – he took a course on the history of East Asia. It set the trajectory of his life in motion.

“It just blew me away,” he says. “I found it fascinating. And I was hooked.”

Today Grieves, 66, is founder and chairman of Hamilton Advisors, a strategic-communications firm in Hong Kong, where he lives and works. The territory has recently been roiled by protests amid a clampdown by China.

“I feel like I have a ringside seat to history,” he says.

Hong Kong was returned to China from British control in 1997 and has operated since as a semiautonomous territory, with certain freedoms not found on the mainland. Last week China passed a national-security law that pro-democracy protesters in Hong Kong say will eliminate those freedoms.

And President Trump said his administration will begin taking steps to revoke Hong Kong’s favored trade status with the U.S.

“I hope the current difficulties don’t diminish this city’s unique global role in the long term,” Grieves says by phone from Hong Kong, where he is chairman of the American Chamber of Commerce.

“American businesses do not want to leave Hong Kong. We have some 1,400 members, and we survey them regularly.”

All this is a long way from his first job, in the late 1970s, as a police reporter and copy editor at the Courier-Express.

Grieves graduated from Nichols in 1972 and majored in English literature and East Asian history at Hamilton College. Then, at Columbia University, he earned a master's degree in journalism and a certificate from Columbia’s East Asian Institute.

He left the Courier in 1978 for the Torrington (Conn.) Register, where he covered business and politics. Next came Time magazine, in New York, where he was a reporter and researcher. And all the while he maintained his keen interest in East Asia.

“I always wanted to go to China,” Grieves says. “I got married, and my wife wanted to go, too. And she spoke better Mandarin than I did.”

They moved to Beijing, where she worked in banking and he was a correspondent for the Times of London and wrote for The Economist. They moved back to New York when he took a job with Forbes; he still regrets the timing.

“I left just before Tiananmen Square,” he says, “so I missed the biggest story of the decade.”

“We had a child and a house by then, and the money sounded good,” Grieves says. “So I went to the dark side, and I’ve been in public affairs ever since.”

He’s worked in senior positions for Burson-Marsteller, Merrill Lynch, the Bank of New York, the international insurance firm ACE, and Edelman, another global public relations firm. Then he founded his own firm, which specializes in crisis communications, media relations, corporate reputation and financial communications.

“Most of our staff are Chinese,” he says, “who speak Cantonese, Mandarin and English. That’s a requirement for working with us.”

Hamilton Advisors is named for Alexander Hamilton, first treasury secretary of the U.S., and a hero to Grieves since long before a Broadway show turned him into a hip-hop star.

“He’s the guy who had the vision for what the United States is today,” Grieves says, “an industrialized country that trades and has large influence.”

Grieves often passed by statues of Hamilton in his student days – at Hamilton College, which is named for him, and at Columbia, which Hamilton attended when it was called King's College.

Grieves’ father, Jim, grew up in Amherst and his mother, Betty, in Niagara Falls. His father was a sports reporter for the St. Louis Post Dispatch in the 1950s when the St. Louis Cardinals hired him as a business manager for their farm teams – a switch from journalism to business that foreshadowed his son’s move decades later.

They were living in Columbus, Ga., when Robert was born. Four years later, after his father died in a car accident at age 38, his mother moved them to Kenmore to be near her mother, who by then was living in Buffalo.

Grieves attended Kenmore Junior High, where his mother taught English and history, and Nichols, where he took that introductory course on East Asia from Millard Sessions, a legendary history teacher there.

“Nichols made me,” he says. “It opened up a lot of possibilities.”

Grieves lives a world, and a lifetime, away from Buffalo, but still feels it in his bones.

“This is going to sound clichéd,” he says, “but there is a real sense of decency and honesty and treating people well in Buffalo, and that has stayed with me.”

His consulting company is thriving in this time of double uncertainty.

“Crisis preparedness is a very big deal in Hong Kong with the protests going on and with Covid-19 hitting us as well,” Grieves says. “Hong Kong has managed it very well, with a population of 7½ million and only four deaths so far.

“It’s partly due to the fact that the people here went through SARS and MERS, and the population is very disciplined. They put on masks immediately, washed their hands, wiped down surfaces. They know what they’re doing.”

That’s in contrast to the U.S., where many people, even now, decline to wear masks. “That really confounds people in Hong Kong, who have a great deal of affection and appreciation for the United States.”

Grieves and his wife, Anne LeBourgeois, plan to return to their home in Connecticut one day. But, for the foreseeable future, they hope to stay in Hong Kong.

“I don’t want to leave just yet,” he says. “Events may conspire against us, but I want to see this through.”

The Hong Kong skyline as seen from a lookout point on the city's Peak district. (Ye Aung Thu/AFP via Getty Images)

Robert Grieves is chairman of the