2020s will be the Buffalo Decade in Food, after last 10 years set the stage
0 comments
Share this
Support this work for $1 a month
1 of 5 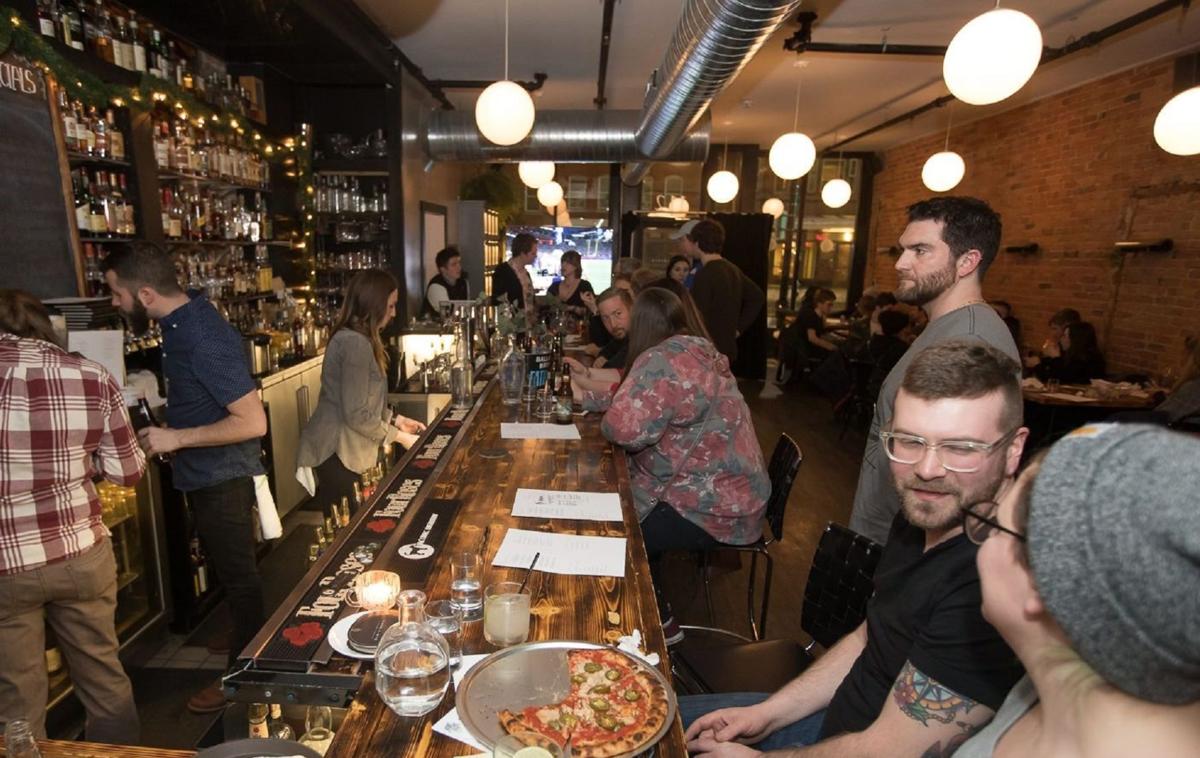 Andrew Galarneau writes that places like Marble + Rye, "have set out to carve their own ways into our hearts. These deliciously individual efforts are among my favorite places to take Manhattan friends who I want to see more often. The finest fine dining, authentic cuisines from around the world – they have those in the big cities. What they don’t have is Buffalo flavor." (Chuck Alaimo/Special to The News) 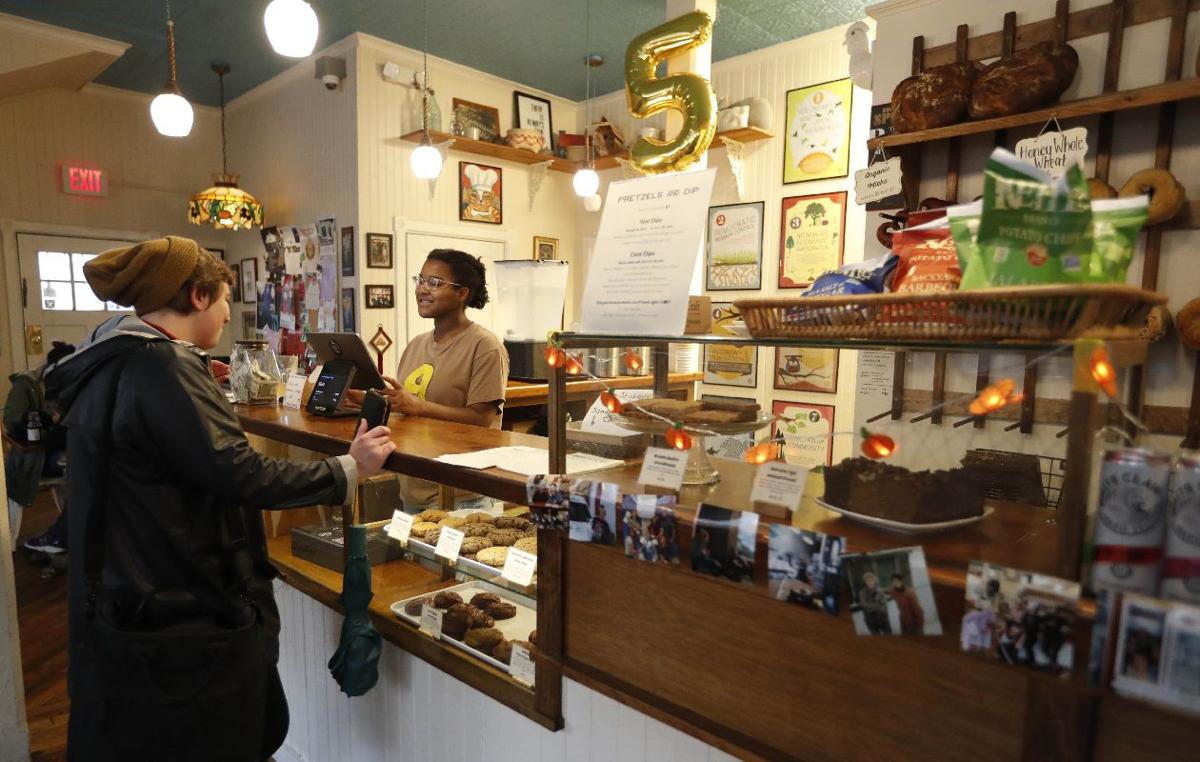 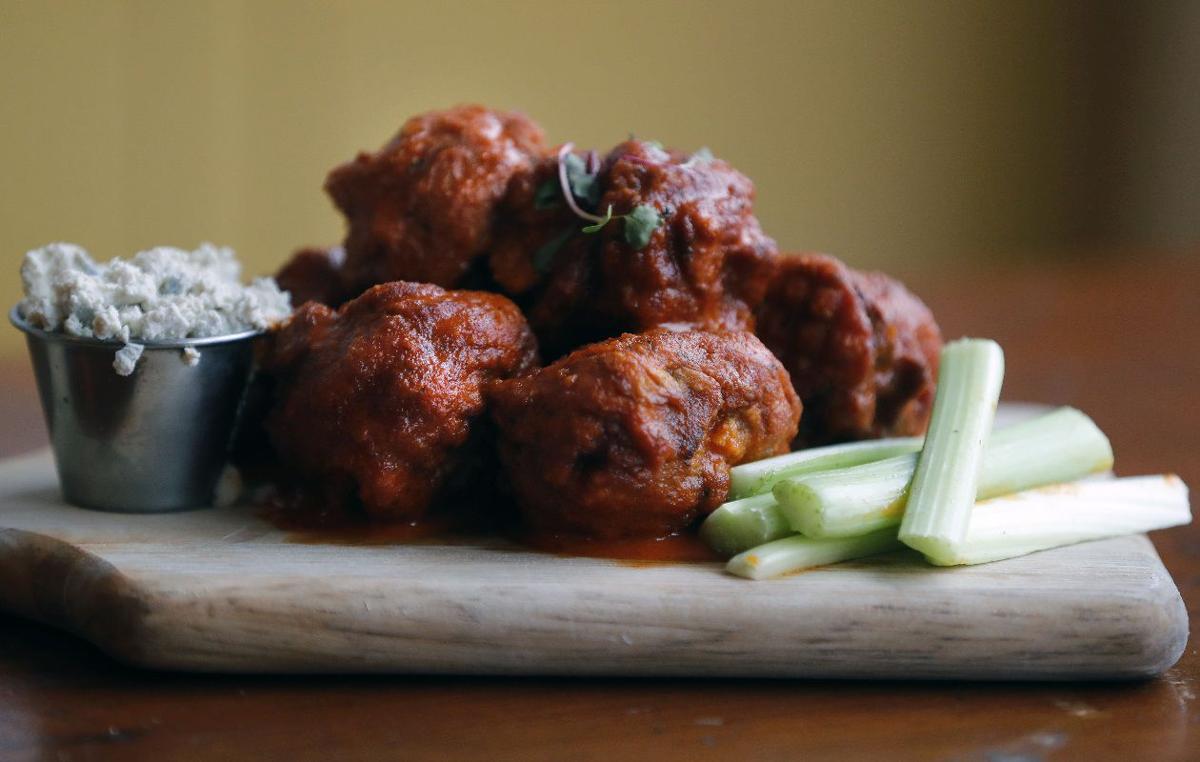 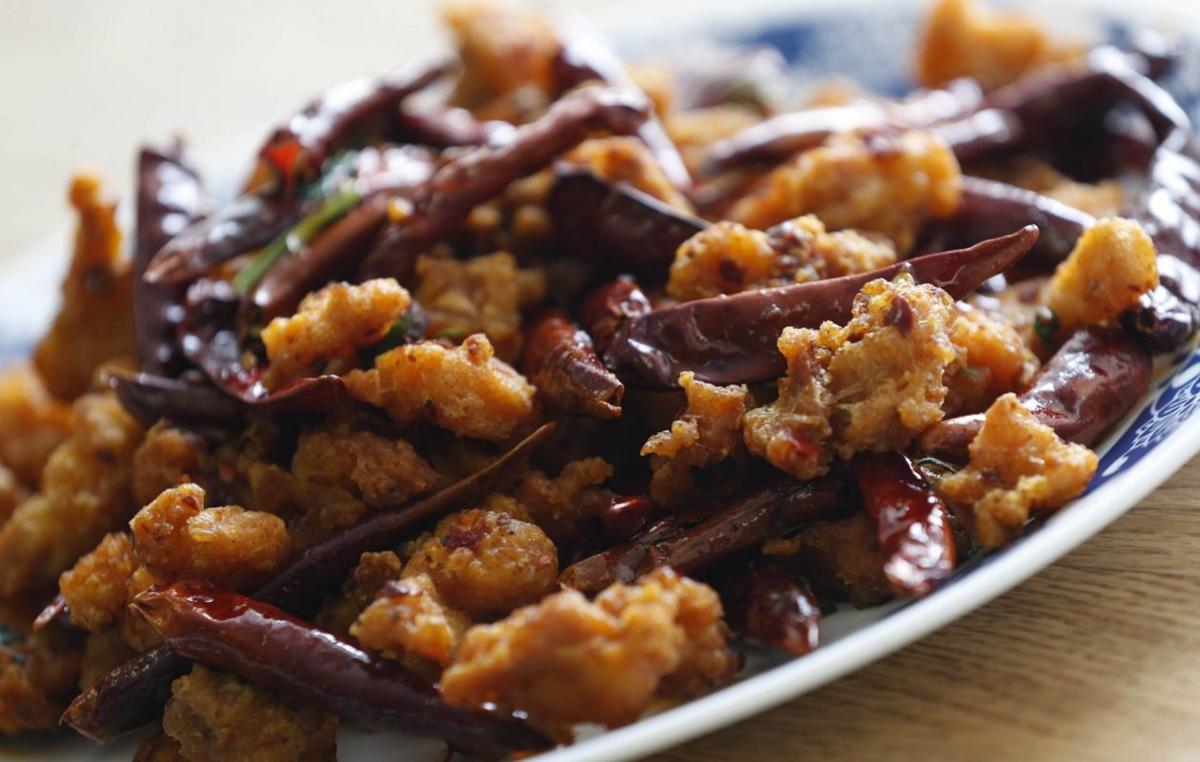 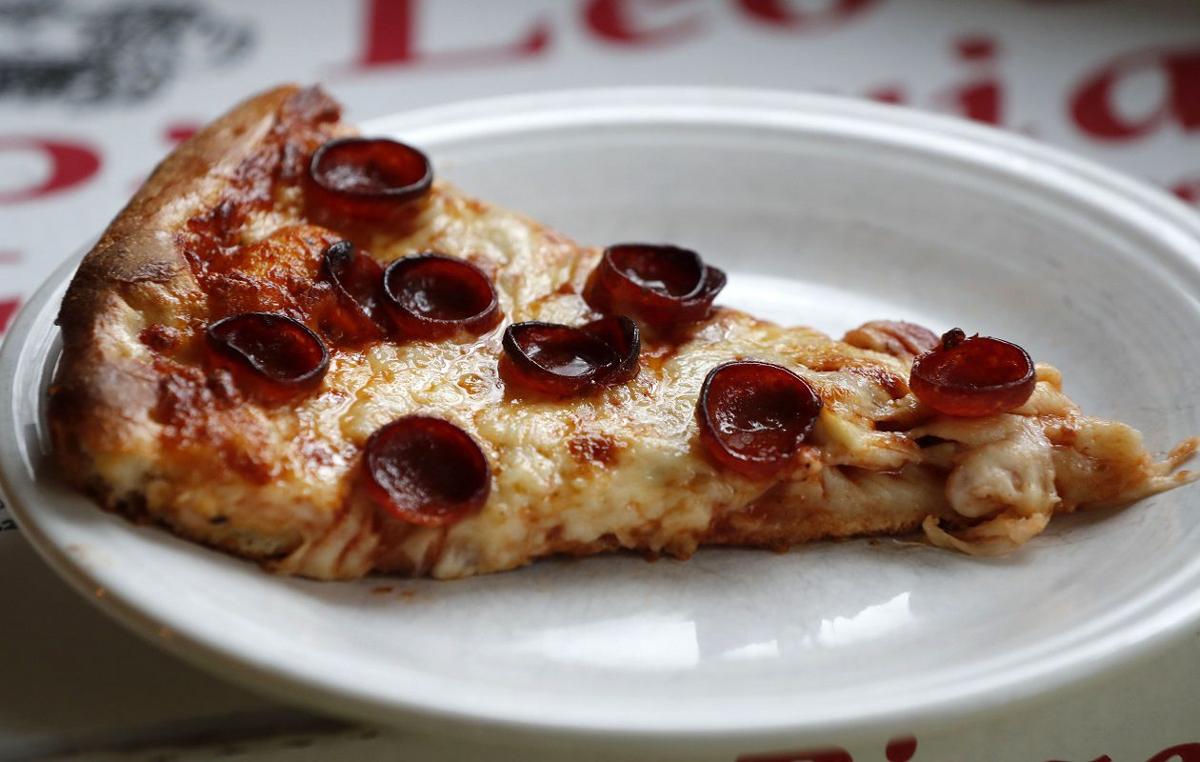 I hereby declare the 2020s the Buffalo Decade in Food.

That should hardly be a surprise, coming from me. As Buffalo’s designated eater, I have become an unabashed advocate for the many-faceted gem of deliciousness that is the dining scene in the Queen City of the Great Lakes.

How can you tell Buffalo food has gone big time?

Cup-and-char pepperoni has caught on in Manhattan, resulting in a story on the front page of the Wall Street Journal, a publication not known for bleeding-edge culinary trend spotting. The Buffalo mojo is so buff there’s even a market for sophisticated digital disinformation campaigns, as evidenced by articles like an effort in national food site Eater to declare beef on weck Buffalo’s best contribution to the world of eating.

Clearly the message here is that New Yorkers of good taste should come to Buffalo, where they can not only enjoy the best pizza and wings, but also root for a National Football League team that actually plays in New York.

What Buffalo never did get was one of those food media anointings from glossy magazines to Instagram influencers that we are the Hot New Undiscovered Food Town. The good news there is it sets the plate for Buffalo to be discovered in 2020: New York Food Mecca Has More Than Wings.

This dovetails neatly with the subconscious, all-purpose sports slogan: “Buffalo: Is this the year?”

Meanwhile, Buffalo is making its own case, one appetite at a time.

To be sure, visitors might not find the diversity and depth of Cleveland or Pittsburgh, our more populous Rust Belt cousins. But if they escape the culinary bubble-wrap of hotel-adjacent restaurants whose menus and massive advertising budgets put the bland in blandishment, they feel rewarded.

Repeat visitors, captivated by the eating possibilities of Buffalo, allot time around Niagara Falls and architecture tours. The prepared arrive clutching restaurant itineraries, some focused with my freely offered help. I can’t rent your tour bus, but I can suggest some stops.

Our community smorgasbord of classy old-school joints, dependable family feeders and innovative menus reflecting our local bounty has helped make Buffalo a city where you don’t want to waste a meal.

Though the pace of restaurant openings has slowed in the last year, a burst of restaurant reinvention has helped establish mainstream dining as sport in Buffalo. Many restaurants that dominated the beginning of the decade are still going strong, like Hutch’s, Sinatra’s, Carmelo’s, 800 Maple, Siena, Tempo, Buffalo Chophouse and Bacchus. It’s quite a testament to professionalism and leadership of places that can blossom amid a labor drought.

There’s still no shortage of places to dig into traditional Buffalo food cultures. Take the time to trace the wing family tree, from Anchor Bar to Elmo’s, Bar-Bill, Nine Eleven Tavern and other leading practitioners of the wing arts. Be thankful beef on weck can still be carved as you watch at Schwabl’s and Charlie the Butcher.

The decade brought a new wave of Chinese cuisine to Amherst, Tonawanda and Kenmore, thanks partly to Chinese citizens in the restaurant business whose children were attending the University at Buffalo’s professional or medical schools.

Peking Quick One in Tonawanda, a budget-friendly favorite of UB’s Chinese undergraduates, was opened by a woman whose daughter was a pharmacy student. She later opened Home Taste in Kenmore, and both places have international and American followings.

A new generation of immigrants and a wave of refugees resettled in Buffalo by the federal government brought new flavors to the city’s melting pot. Kevin and Stephanie Lin, Burmese immigrants who came to make their fortune in the United States a decade before the more recent wave of refugees, have opened three restaurants in Buffalo and one in Williamsville, as dozens of their countrymen opened their own places.

In Spanish cuisine, we end the decade as we began it, which is to say we got bupkis. Nada. Zilch. Just like I wish there was a Jewish deli beyond Risa’s to keep fressers happy.

German food has fallen out of favor, too. Ulrich's, the historic 1868 tavern with the German name, has switched to a broader tavern menu. Black Forest Adler and Scharf’s are gone. Hofbrauhaus, the German-styled biergarten restaurant downtown near the Cobblestone District, inches forward to a hoped-for opening in 2020.

Hope for Neapolitan lovers and vegans

Vegans have a tastier future to look forward, too, with dedicated options like Root & Bloom and Grindhaus Café, where animal sustenance avoiders can enjoy everything. Vegan and vegetarian options are now expected at forward-thinking restaurants, a far cry from the salad-and-french-fry-centric options of decades past.

Among the salient advances in restaurant sciences was a greater enthusiasm for using local produce and meat. Mid-decade, farms and producers from Erie, Niagara, and Genesee counties saw their names appear on restaurant menus with increasing frequency. Instead of Black Angus, it was Plato Dale beef that quickened diners’ taste buds.

Now Moriarty Meats, a year into providing locally raised animals as retail cuts, is working on a butcher store on Elmwood Avenue.

Scrappy newcomers like Marble + Rye, Roost, the Black Sheep, Craving, Dapper Goose, Toutant, Las Puertas, Grange Community Kitchen and This Little Pig have set out to carve their own ways into our hearts. These deliciously individual efforts are among my favorite places to take Manhattan friends who I want to see more often. The finest fine dining, authentic cuisines from around the world – they have those in the big cities.

What they don’t have is Buffalo flavor.

It is, paradoxically, rooted in the aftermath of capital and population flight. What Buffalo has over other places is the pure adrenaline of low costs and wide-open markets. Compared to other markets, weird ideas or wild notions take root more easily here. They can be snuffed out just as easily, but every once in a while a dandelion finds a crack and blossoms.

Here’s to a town wide open and weird enough for vegan doughnuts can thrive and a fermentation specialist like Barrel + Brine can offer kimchi toasted cheese sandwiches for brunch, and artisanal places like Five Points Bakery and BreadHive, which have brought the neighborhood bakery back to the West Side.

Here’s to the Buffalo Decade in Food. May you see the end of it, so you can tell me how right I was. As long as I can, I will do my best to tell you how lucky we are to eat in Buffalo.

"DePerro is being lauded this week for his administrative skills and warm intuition, for the way he steered the university to new growth," writes Sean Kirst.

Don Paul: A slower gulf stream could be a 'tipping point'

It’s happened before in the Earth’s past. The Gulf Stream is slowing down.

Sean Kirst: In Lackawanna, a second vaccine dose feels like a new chance

“To provide a service for a community that’s been hard-hit,” the Rev. Mark Blue of Second Baptist Church said, “is the ultimate fulfillment.”

The governor usually dominates any room he enters by the sheer force of his persona – even without the trappings of his office, McCarthy says.

Brown will run again, looking to shatter the four-term record he shares with Jimmy Griffin.

Sean Kirst: At St. Bernard's, despite pandemic, they still have some fish to fry

At church in Buffalo's Kaisertown, a tiny group of volunteers pulled off a knockout Lenten drive-up pandemic fish fry, in a neighborhood saddened by news of a bank shutdown across the street.

"The soul" of the old Buffalo Braves, and a beloved presence in Buffalo's African-American neighborhoods in the 1970s, deserves a statue in Buffalo.

Andrew Galarneau writes that places like Marble + Rye, "have set out to carve their own ways into our hearts. These deliciously individual efforts are among my favorite places to take Manhattan friends who I want to see more often. The finest fine dining, authentic cuisines from around the world – they have those in the big cities. What they don’t have is Buffalo flavor." (Chuck Alaimo/Special to The News)