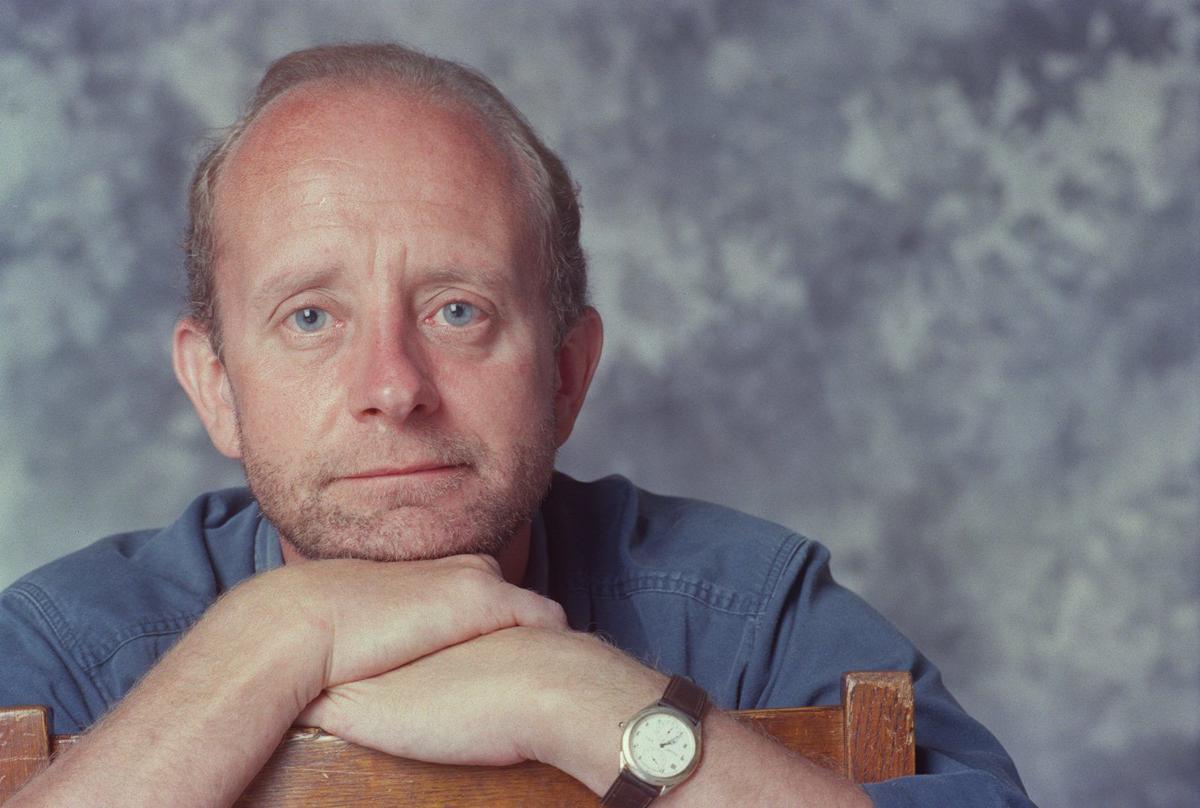 Buffalo actor Richard Wesp, shown here in a 1994 portrait to promote his appearance in "Richard II," died on Feb. 1 at 64. (Photo by Mark Mulville/Buffalo News) 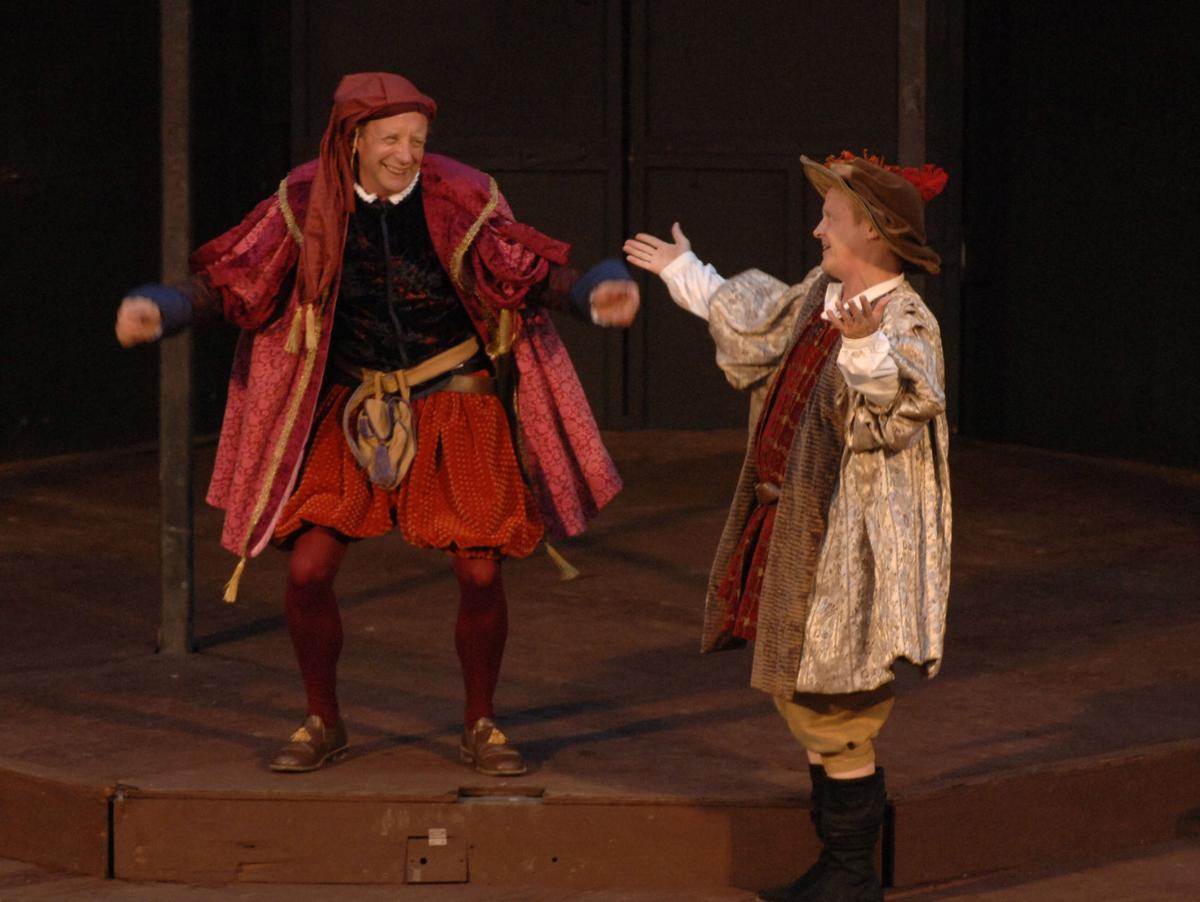 The Buffalo-born actor, who died Thursday in Buffalo General Medical Center after battling prostate cancer, was a dominant figure on Buffalo stages in the 1980s and 1990s and among the most sought-after actors in the city’s recent history. He was 64.

Mr. Wesp took a workmanlike approach to his 35-year career, cobbling together a living from stage appearances in Buffalo and regional theaters, a teaching career at the University at Buffalo, SUNY Geneseo and various side jobs. But his main focus was always the stage.

“Acting has always struck me as far, far more a craft than it is an art,” Mr. Wesp told The Courier-Express in 1980. “You can’t start working with wood and make yourself a beautiful cabinet of oak. Start working with plywood until you figure out where the wood goes and where the saw goes. The same is very true of acting.”

Mr. Wesp was well-known for his strong and sensitive performances in productions staged by Shakespeare in Delaware Park, the Kavinoky Theatre, the Irish Classical Theatre Company and many other Buffalo stages.

"He was a mainstay in the Buffalo theater firmament," said Irish Classical Theatre Company Artistic Director Vincent O'Neill, who made Mr. Wesp a fixture at his company in the 1990s. "Even before I came here in 1989, he'd already established a stellar reputation. I think it's a huge loss."

At the height of his career in the mid-1990s, Mr. Wesp was one of the most highly praised actors in Buffalo. A favorite of audiences and critics alike, he was praised for his versatility and stage presence in starring roles ranging from "Richard II" at Shakespeare in Delaware Park to "The Gigli Concert" for the Irish Classical.

"He plays Shakespeare as if it were Noel Coward," theater reviewer Anthony Chase wrote in a 1990 review of "The Merry Wives of Windsor," "bringing to the role a vigor and precision that, had she been in Delaware Park Tuesday night, might have prompted Elizabeth I to request another play about Frank Ford."

"Richard was brilliant at his art and the craft needed to make his art shine night after night," Buffalo actor Tim Joyce wrote in a Facebook post.

Reached by phone in Chicago, Shakespeare in Delaware Park veteran Tim Newell said that Mr. Wesp inspired him to aim higher as an actor.

"When I was just starting out in Buffalo and I would see him onstage, he was truly an inspiration," Newell said. "It was his cadence, his delivery of a line, his interpretation of lines. He was incredibly sincere, intelligent and funny."

Richard Hull Wesp Jr. was born six weeks prematurely on March 20, 1953 in Children's Hospital to Richard Hull Wesp, who worked in newspapers and public relations, and Margaret Hammersley Wesp, a longtime reporter for The Buffalo News.

"At age 3, he found a pair of pince-nez glasses to push on his nose and entertain his grandfather by 'impersonating' Theodore Roosevelt," Hammersley recalled. His appetite for the stage only grew after that.

Mr. Wesp attended the Campus School and went on to earn a bachelor's degree in acting and directing from Ithaca College and a master's degree in theater from Ohio State University. In recent years, he worked as an adjunct theater professor at SUNY Geneseo, stepping down from the position in 2017.

Across a 35-year stage career that had waned in recent years, Wesp earned a reputation for incisive portrayals of characters both comic and serious. His comic roles tended to have a serious edge, while his serious roles often contained strategic flecks of humor.

RICHARD WESP: AN ACTOR AT THE TOP OF HIS CRAFT

Mr. Wesp came onto the Buffalo theater scene in the late 1970s and clinched his first major role in a 1980 production of "Richard II." He parlayed his local reputation into a series of roles for companies throughout the United States, including at the Cleveland Playhouse, the Academy Theater of Atlanta and the Champlain Shakespeare Festival.

"When I was 20," Mr. Wesp told The Buffalo News in 1994, "I was very arrogant. I wanted to be Humphrey Bogart or Steve McQueen, or both. Before I could become a good actor I had to lose that arrogance and the pride in self. I had to become aware of the world and others in it. I had to learn not to imitate but to learn from. Getting arrogance kicked out of you is a great boon to craft."

Before returning to Buffalo for good in 1991, Mr. Wesp lived for short stints in Chicago, Atlanta and Vienna.

Perhaps his best-remembered performance was in a 1993 production of Thomas Murphy's "The Gigli Concert," in which he played the dynamatologist J.P.W. King.

"More than  few theater-goers lucky enough have been there said they couldn't remember anything better," News Theater Critic Terry Doran wrote in a 1994 profile.

"Throughout his life Richard won many awards, which he never seemed to value," Mr. Wesp's brother, Patrick Wesp, said. "When Richard would receive a note, or a letter, from a student thanking him for his work as a teacher and a mentor it would mean more to him than any award or review he ever received."

Mr. Wesp is survived by his mother, Margaret Hammersley, and brother Patrick Wesp, both of Buffalo. The family is planning a memorial service, with details to be announced in the coming weeks.

Buffalo actor Richard Wesp, shown here in a 1994 portrait to promote his appearance in "Richard II," died on Feb. 1 at 64. (Photo by Mark Mulville/Buffalo News)