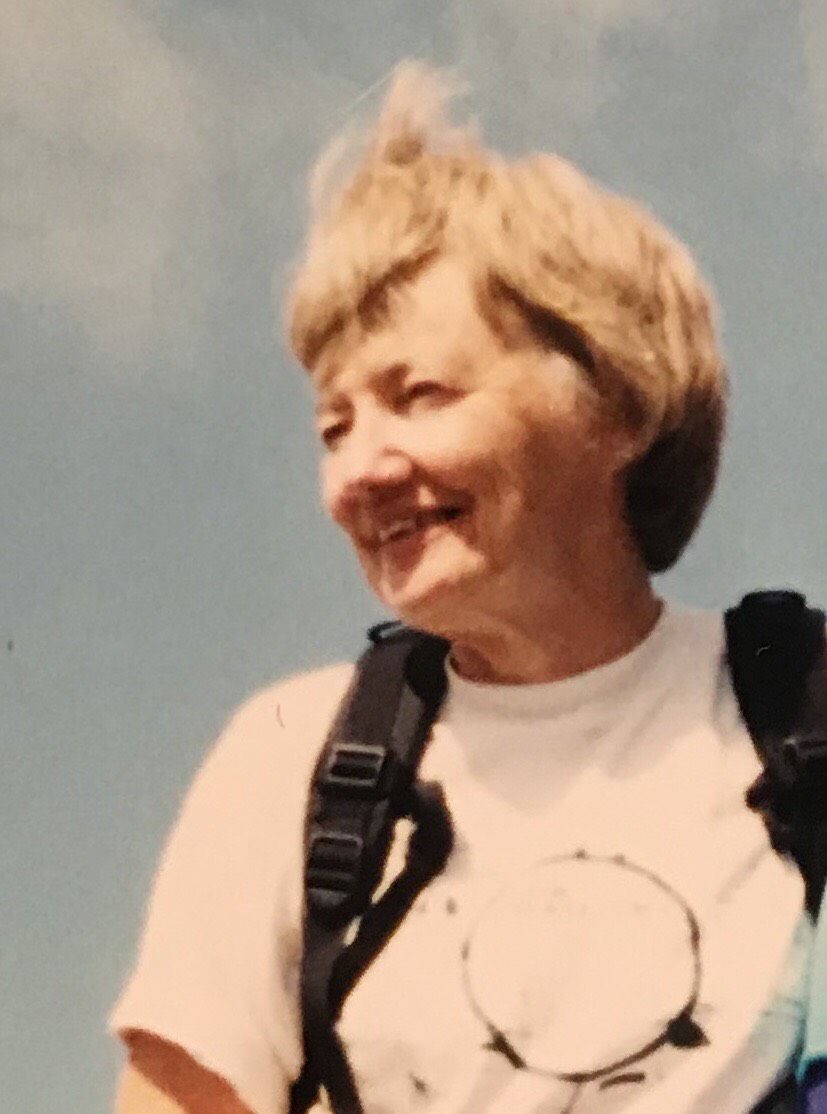 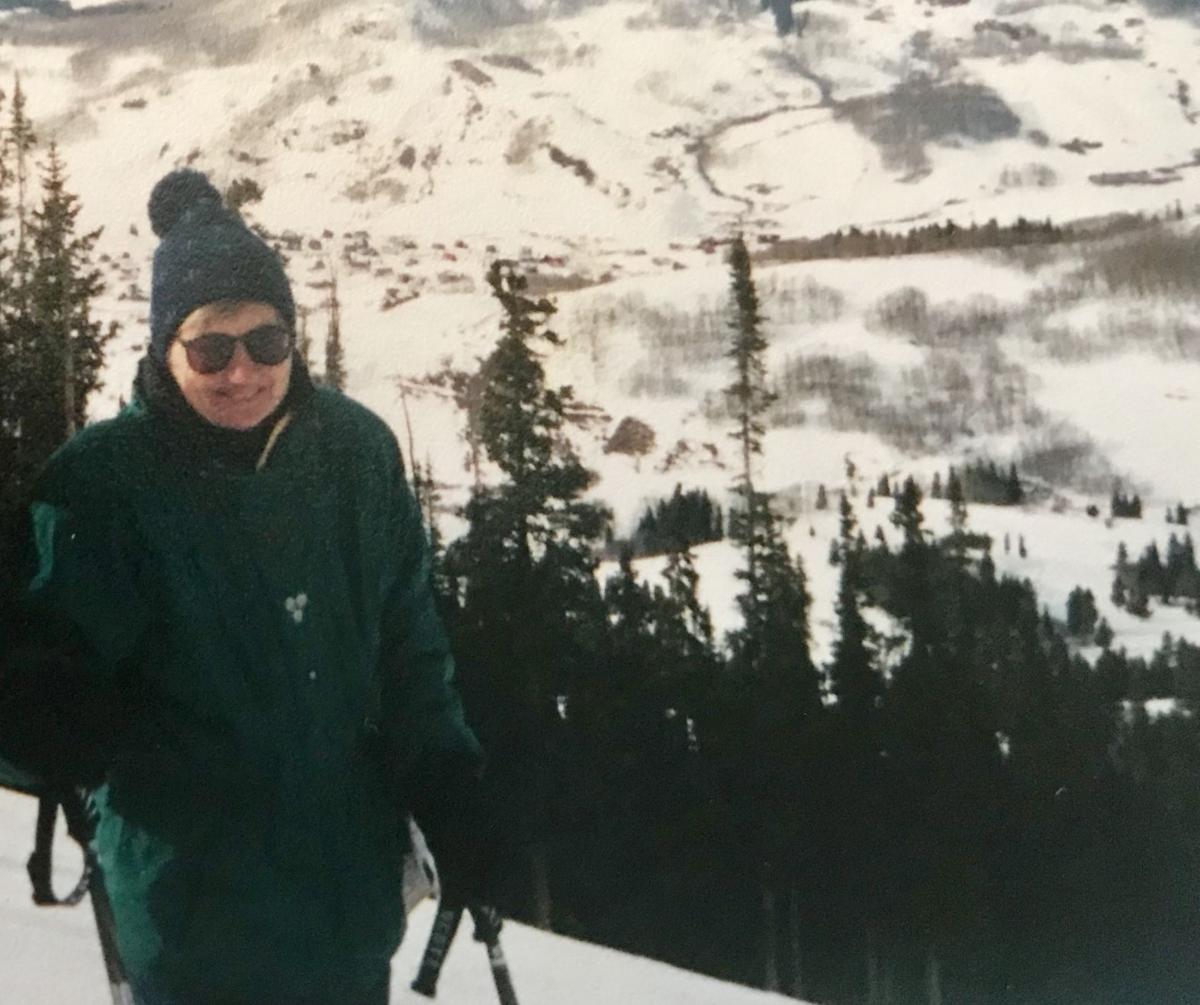 Mary Alice Tocke on the slopes in Whistler, B.C., Canada.

After graduating from the University at Buffalo in 1961, she followed in the footsteps of her parents, both longtime Buffalo high school teachers. She taught English and physical education in Buffalo middle and high schools, where she worked until 1970.

After marriage and taking a break to raise her children, Mrs. Tocke returned to teaching, this time with nature as her classroom.

She was an environmental educator at the Buffalo Museum of Science, Tifft Nature Preserve and Beaver Meadows. "A consummate environmentalist long before it was popular," said her family, she gave guided educational walks to thousands of people.

Mrs. Tocke, 78, spent her final summer in the family summer cottage on Prospect Point, Ont., then moved to her home in Boston, N.Y., where she was cared for with assistance from Hospice Buffalo. She died Sept. 12 from complications of Parkinson's disease.

Born Mary Alice Eagan in Buffalo, she was the daughter of Edward J. Eagan, a longtime high school social studies teacher, and Gertrude Geiger Eagan, who taught high school English and Latin. She was the oldest of four siblings; she had two brothers, Michael and James, and a sister, Eileen.

Mrs. Tocke graduated from Kensington High School in 1957, a year ahead of her class, and earned a bachelor's degree in history from UB in 1961, taking summer classes at St. Michael's College in Colchester, Vt.

In her 20s, Mrs. Tocke was a sports car enthusiast and a successful road rally driver, driving her butterscotch-colored MG and winning at a time when there were few female drivers. Several large race car trophies in the family study are proof of her successes, said her daughter, Kathleen. "Everybody who comes in thinks they are my father's, but they're not, they are my mother's," she said. "Some of them are 3 feet tall."

Mrs. Tocke's ambition was to become a federal forest ranger, and she repeatedly took the test to qualify, said her daughter. "She studied and took the exam several times and thought she did really well on all the exams," said Kathleen Tocke. "But no one ever cared to tell her that they didn't hire women. They kept letting her take the exam time and time again."

In 1965, while skiing at Kissing Bridge, she met Joseph Tocke, a Kenmore native and an engineer with the state Department of Transportation. They married on Jan. 14, 1967, in St. George's Church in Crystal Beach, Ont., then took a ski trip to Austria on their honeymoon. They celebrated their 51st anniversary this year.

Besides their daughter Kathleen, the Tockes had two sons, Kevin and Andrew.

In 1985, Mrs. Tocke returned to work as an environmental educator at the Buffalo Museum of Science and Tifft Nature Preserve, a position she held until 2002.

Mrs. Tocke filled her life with outdoor activities, from skiing, sailing and skating to bird-watching and bicycling. She was an Adirondack Mountain Club 46er, a title given to those who have climbed all 46 peaks in New York State that are higher than 4,000 feet.

In the late 1990s, as a member of the Niagara Frontier Bicycle Club, she proposed the idea of a Can-Am Century Ride of 100 miles to show off the natural beauty of the region on both sides of the border. The ride, which is held in early August every year, has expanded to a weekend and raises funds to improve bicycle safety.

Mrs. Tocke took many century rides in New York and also cycled in Ireland, France and down the Danube. Her family said her "endless quest for knowledge" drove her passion for reading and love of travel. On her trips, she visited mountains and parks around the world, including the Arctic, where she had birding adventures.

Passionate about skiing, she visited ski resorts large and small throughout North America and Europe. She served on the boards of Lederhosen Ski Club and Buffalo Ski Club, where she was a ski instructor and longtime member of the National Ski Patrol, for which she taught Emergency Mountain Rescue. Later in life, she was a member of the Safety Patrol at Holiday Valley and the Nordic Ski Patrol at Allegany State Park.

A Master Gardener, Mrs. Tocke was a member of the Buffalo and Erie County Botanical Society and the Audubon Society, and was a volunteer at Buffalo in Bloom and Cornell Cooperative Extension.

She was a former member of the Cherry Hill Club in Ridgeway, Ont., and once served on the Town of Boston Conservation Board.

Mrs. Tocke, said her family, "had a weakness for ice cream, loved 'The Sound of Music,' and fondness for wildlife big and small, particularly cats."

Besides her husband, Joseph, and daughter, Kathleen, Mrs. Tocke is survived by two sons, Kevin and Andrew; a brother, Michael; a sister, Eileen; and nine nieces and nephews.

Mary Alice Tocke on the slopes in Whistler, B.C., Canada.