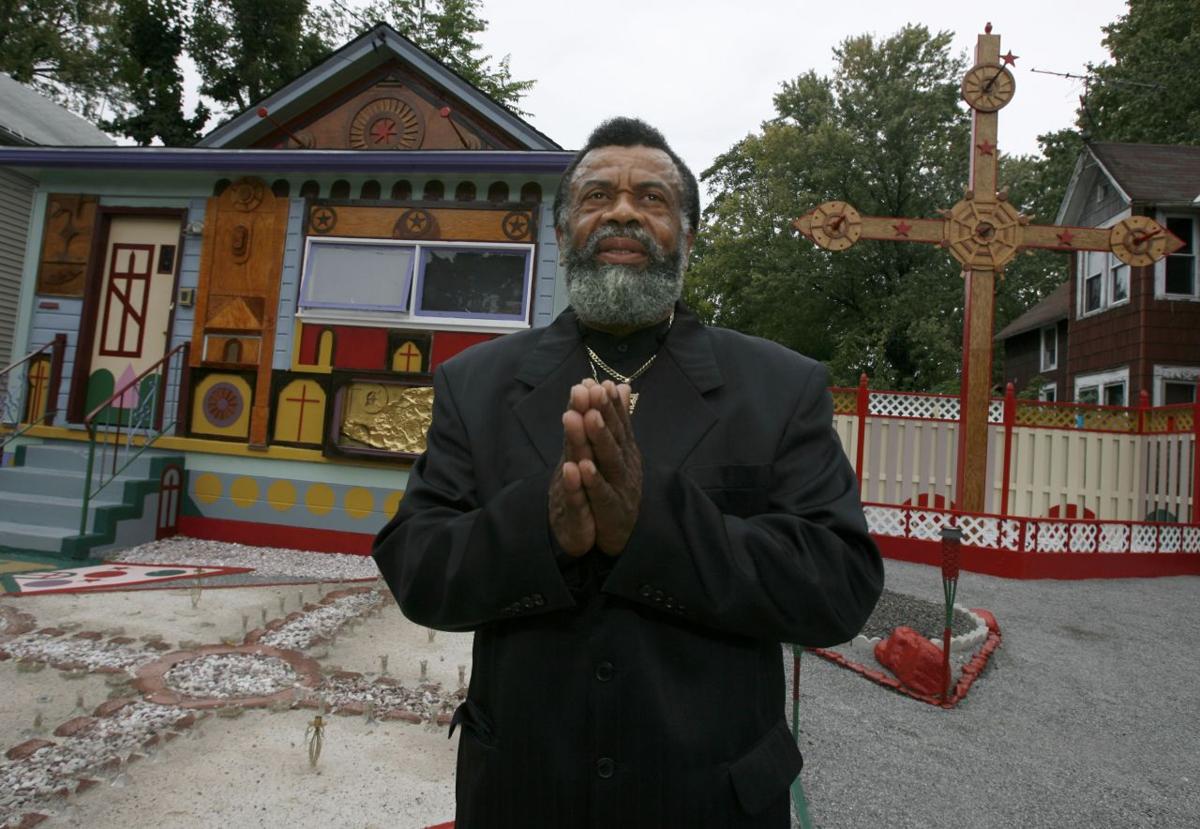 Isaiah Robertson, seen on Oct. 3, 2007, in the early days of work on his "Second Coming House" on Ontario Avenue in Niagara Falls. (News file photo) 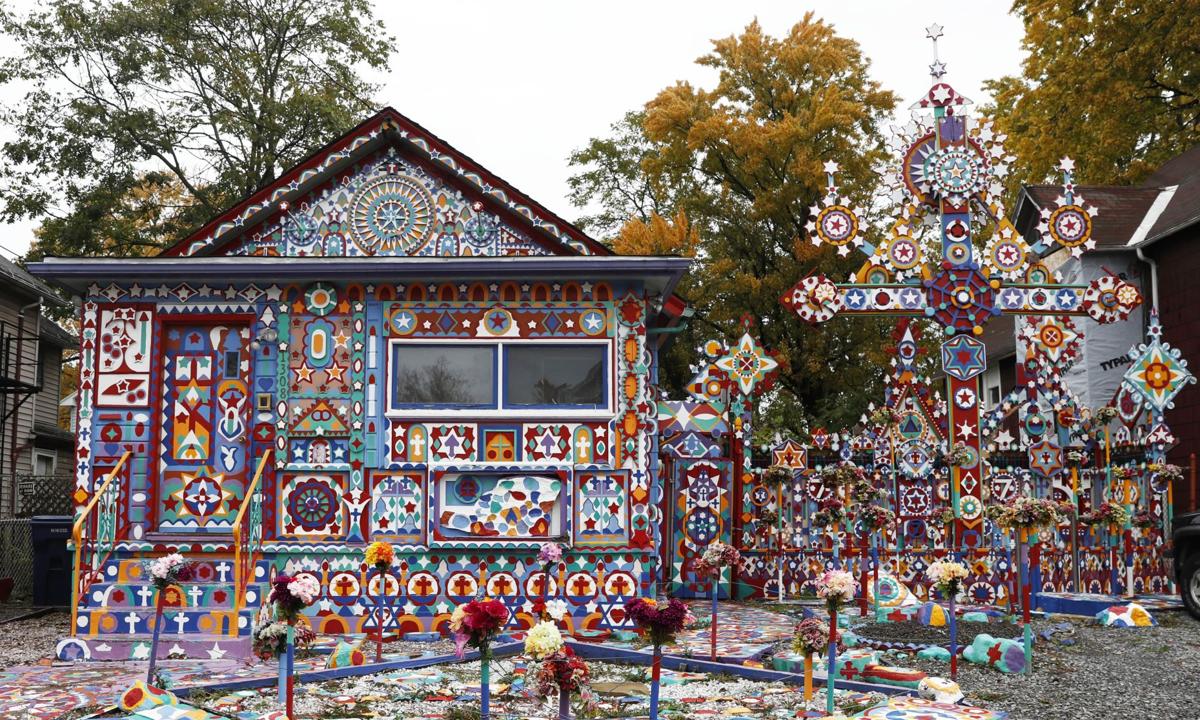 For the past 15 years or so, tourists and locals have gaped at a house on Ontario Avenue in Niagara Falls, with some perhaps absorbing its apocalyptic message.

The religious-themed art covering the house and front yard was the work of Isaiah Robertson, an expert woodworker and home improvement contractor.

He also said God had designated him as a prophet.

"The Prophet Isaiah. He was something else," his wife, Gloria Dolson Robertson, said Friday. "It was unbelievable, if you'd been around him, but everything he said came to pass."

Mr. Robertson, who told The Buffalo News in 2007 that the second coming of Christ would occur in Niagara Falls in 2014, died Jan. 25 in Buffalo General Medical Center after suffering a stroke. He was 72.

According to TripAdvisor, "Prophet Isaiah's Second Coming House" ranks No. 36 among the 112 things to do in Niagara Falls.

"You have to admire the creativity and endurance spent painting all of the house," one reviewer wrote.

Gloria Robertson recalled her husband saying in 2005 that he received a divine message to make the house at 1308 Ontario Ave. into the colorful and devotional place it remains today. The message came to him, he told her, while he was working on a construction project in nearby Mount Erie Missionary Baptist Church.

"It was like an anointing that came on him there," she said. "The Spirit of God came upon him and said, 'Cancel the contract. This is not man. This is God, to show the glory of God.' "

"So he spent his whole life savings in the house of God, and he bought oak. None of that is paneling. It's all oak, 32,000 square feet of oak," she said.

After about 14 months of carving religious imagery in the church, she said her husband started digging in the front yard of his house.

"I thought he really was not well, so when I got home from work I just kept driving by until it got dark, I was so embarrassed," she said with a laugh. "First the cross went up. The cross is 6 feet in the ground and 25 feet in the air. Then the other things went up."

"When God had me to dig up all the ground, people thought I was crazy," Mr. Robertson told The Buffalo News in 2006. "When Noah started to build the ark, praise God, on dry land and told them it's going to rain, they thought he was crazy also."

Gloria Robertson said God told her husband in 2015 that his yard was complete. Rock gardens, painted stones, colored beads and woodwork make it look unlike any other house in the city.

Asked if her husband was an ordained minister, Mrs. Robertson replied, "Not ordained by man."

"Preachers read from the Bible," Mr. Robertson said in 2006. "Prophets speak from the mouth of God."

"The Second Coming is here," Gloria Robertson said. "We might not notice it, but look at what's going on in this world around us. We are in the last days. I didn't understand it then when he said it, but I understand it now."

Mr. Robertson was born and raised in St. Thomas, Jamaica. As a young man, he showed aptitude for woodworking and made some coffins when he was a boy, his wife said.

His wife said that when Mr. Robertson was about 22, a Canadian tourist asked him to construct a second home for him in Jamaica. A couple of years later, Mr. Robertson visited his customer in Canada and stayed for about two years before returning to Jamaica.

After a brief sojourn in Florida, Mr. Robertson and his first wife, whom he had married in Jamaica, moved to Oakville, Ont., where he became a Canadian citizen. He invested in rental property in Niagara Falls.

Mrs. Robertson said she met him in the late 1990s, when he was in Niagara Falls repairing properties which had been damaged in a hailstorm.

"One thing led to another and we became very good friends," she said.

After four or five years, Mr. Robertson moved to Niagara Falls, and married his second wife in 2002.

Besides his wife, survivors include a daughter, Patrice; one granddaughter; a brother, Nesberth; four sisters, Emzetty, Esther, Rebecca and Oraney Bromfield; and five sons by his first marriage.

Isaiah Robertson, seen on Oct. 3, 2007, in the early days of work on his "Second Coming House" on Ontario Avenue in Niagara Falls. (News file photo)