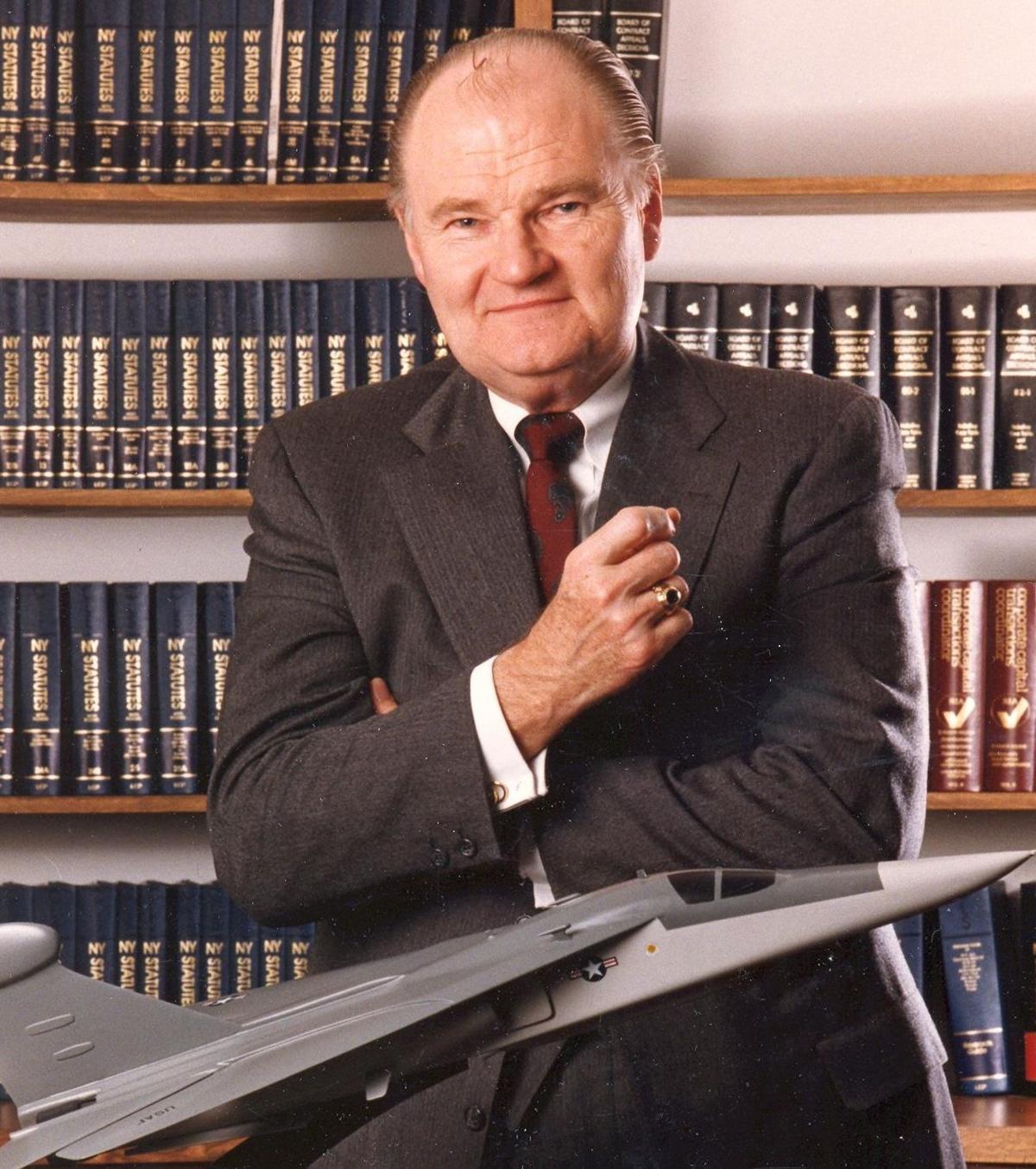 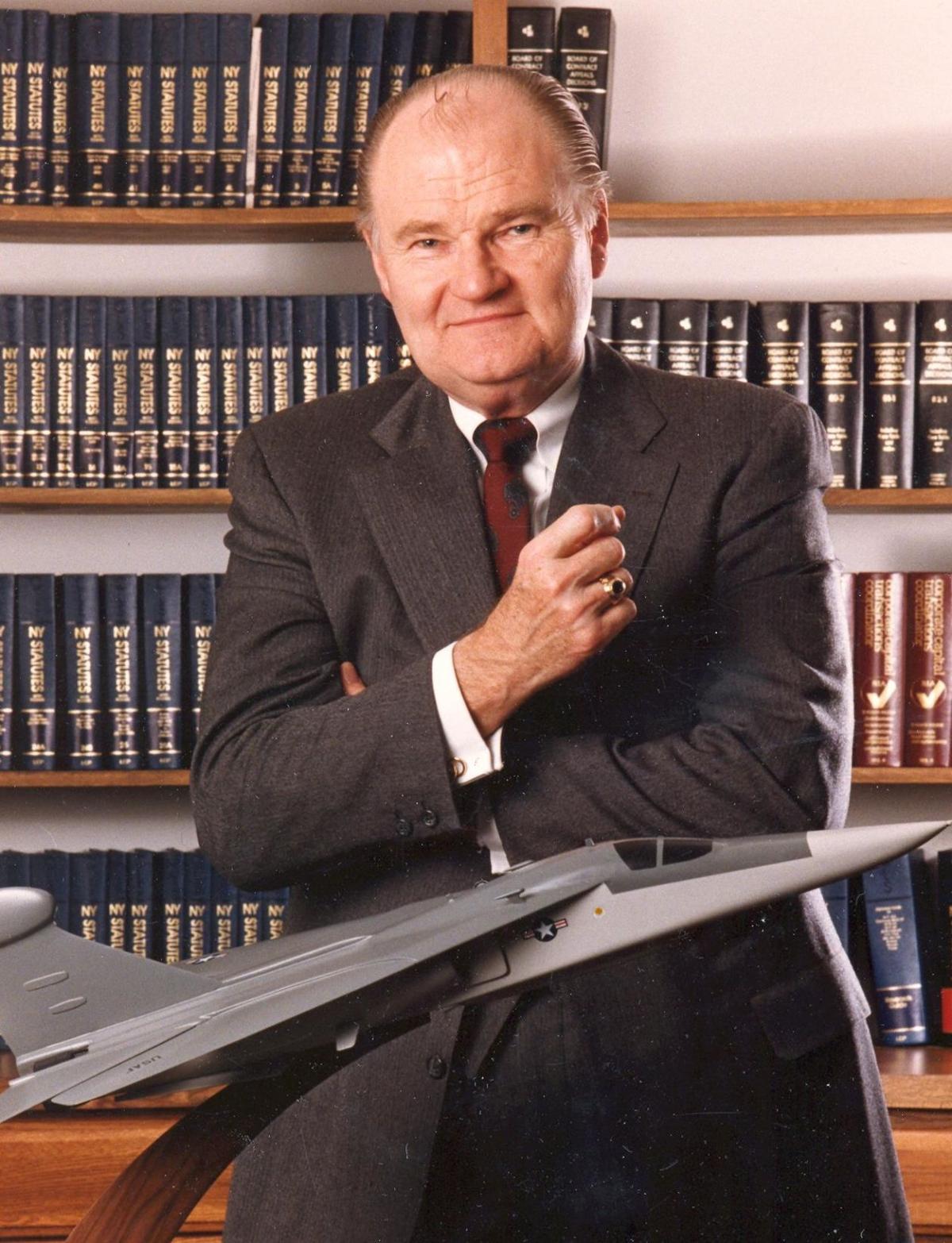 G. Wayne Hawk had a natural affinity for flight.

In the cockpit, he was flying solo at the age of 16 in single- and multi-engine planes.

As an aeronautical engineer, he did work early in his career that resulted in a patent for the first jet engine thrust reverser. He went on to produce a number of patents for gear on satellites, missiles and machine tools.

Prominent for many years in the Buffalo area as an aerospace industry executive, community leader and philanthropist, Mr. Hawk died Sunday in Hospice Buffalo, Cheektowaga. He was 89.

During his 24 years with Moog Inc., he held a number of executive positions. Later he was head of Acme Electric Corp.

He and his wife provided major gifts to Roswell Park Cancer Institute and to the School of Aeronautics and Astronautics at his alma mater, Purdue University.

Born in Warren, Ohio, he graduated from Warren G. Harding High School in 1946 and served for two years in the Army with a reconnaissance unit in Panama. He graduated from Purdue in 1951 with a bachelor’s degree in aeronautical engineering and was a member of Air Force ROTC.

Following graduation, he was called up for active duty as a first lieutenant and served as assistant research and development officer in the Gas Dynamics Facility at Arnold Engineering Development Center in Tullahoma, Tenn., a supersonic test facility. There he met the former Charline Hines Bond, whose parents owned the house where he and other officers rented rooms. They were married in 1955.

Discharged from the Air Force in 1953, he was a project engineer for Hughes Research and Development Laboratory in Culver City, Calif., working on the Falcon Missile program. He also attended the University of Southern California under a scholarship from Hughes, earning a master’s degree in mechanical engineering in 1955.

The following year, he joined Goodyear Aircraft Corp. in Akron, Ohio, as a senior research engineer, helping to develop a jet engine thrust reverser for commercial and military planes. In 1957, he joined what was then Moog Valve Co. in East Aurora as a research and development engineer.

After leaving Moog to form his own consulting and investing firm in 1981, he joined Acme Electric. He was president and chief executive officer from 1986 to 1991, then was CEO and chairman of the board of directors until his retirement in 1994.

A member of Nativity Lutheran Church for more than 60 years, he served on the church council and was a member of the board of directors of the Niagara Lutheran Health Foundation.

He also was a former treasurer of the Buffalo General Hospital Foundation, a former director of the Meals on Wheels Foundation and an emeritus member of the Canisius College Board of Regents.

He was president of the Niagara Aerospace Museum, a director of the Fluid Power Educational Foundation and a member of the American Institute of Aeronautics and Astronautics, the Air Force Association, the Navy League, the American Defense Preparedness Association. He was a past conference director for the National Conference on Fluid Power.

He also was a longtime member of the Quiet Birdmen, an aviation society. He enjoyed skiing, golf and croquet.

In addition to his wife, survivors include three sons, George W. Jr., David J. and John R.; and four grandchildren.