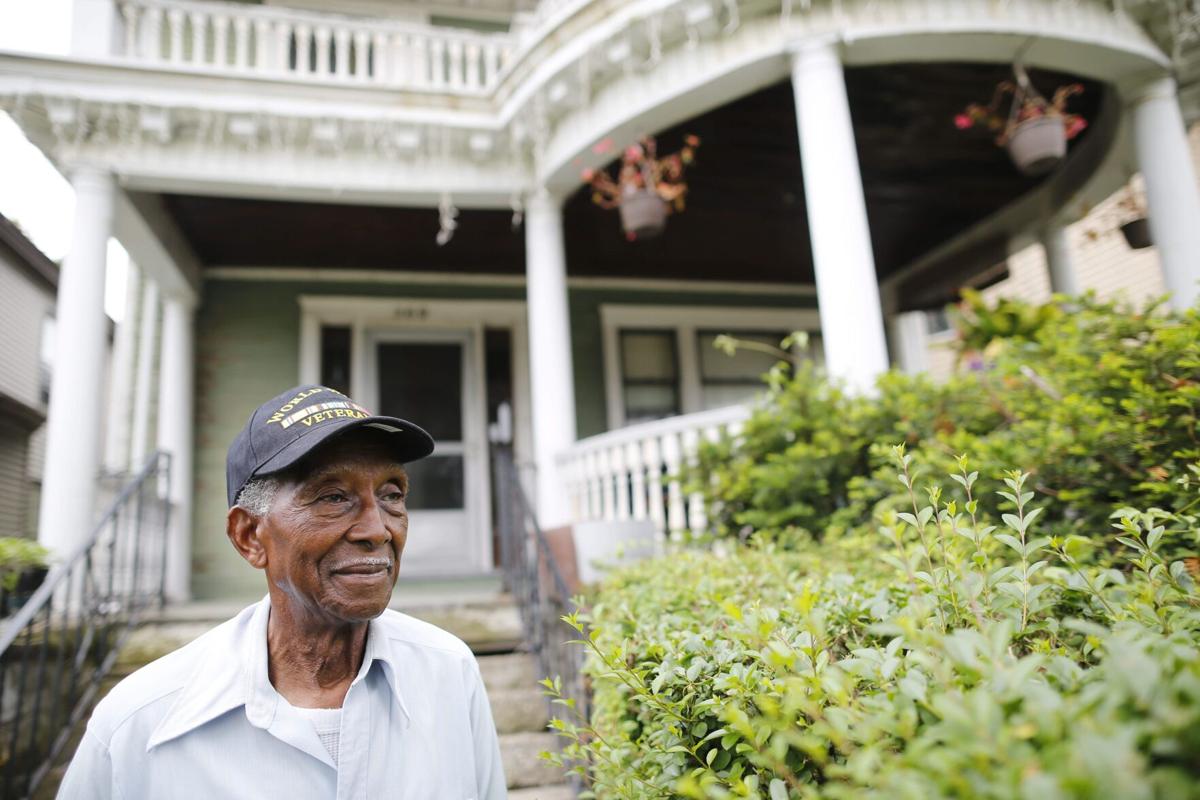 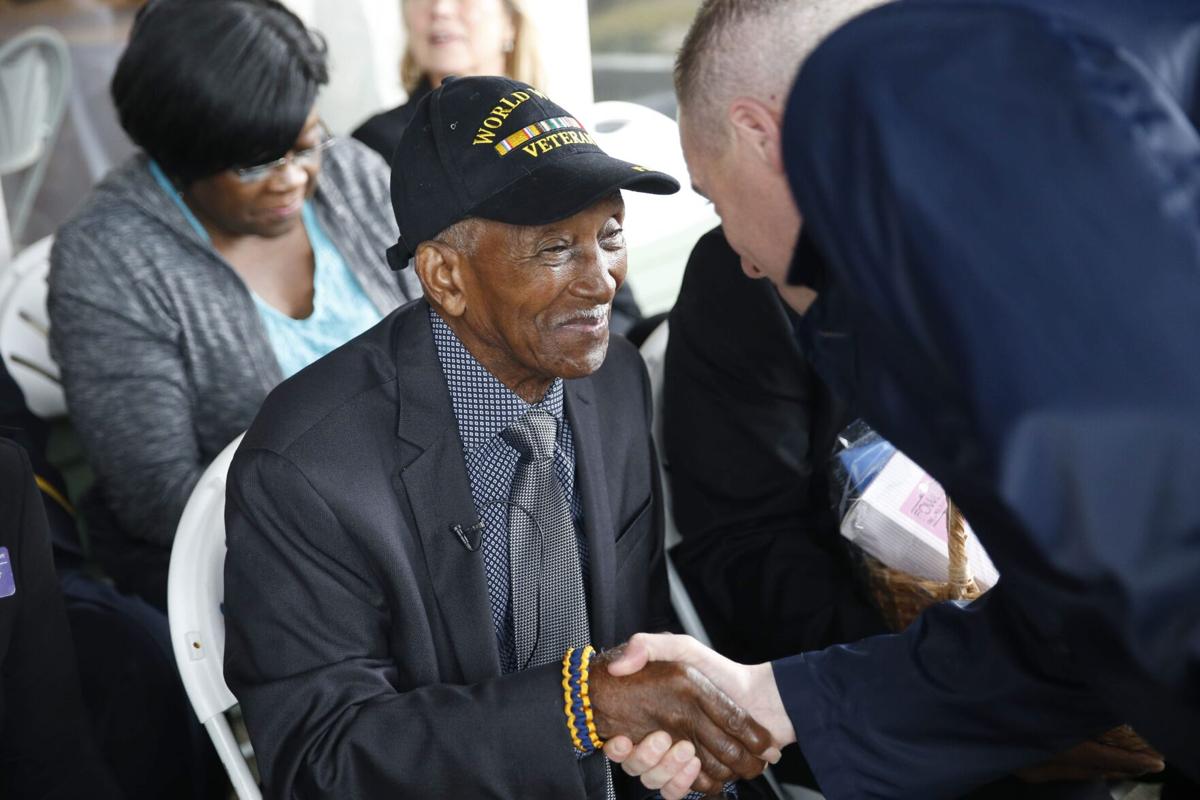 John Hodges Sr., a WWII veteran who was evicted from his home in 2015, is greeted by well-wishers as he returns to his home on Nov. 6, 2015, following a national outpouring of support.

Johnnie H. Hodges Sr. spent his life helping others, whether it was teaching teenagers how to fix their cars or assisting a neighborhood youngster with his newspaper route.

When the World War II Navy veteran’s wife became ill with Alzheimer’s disease, he turned his full attention to caring for her, which cost him dearly, though he never objected.

In his late 80s at the time, Mr. Hodges fell behind in his mortgage payments and exhausted his limited financial resources for medicine and other costs associated with his wife’s illness.

On July 9, 2015, a year after her death, Mr. Hodges was physically evicted by authorities from his Humboldt Parkway home of nearly six decades following a local bank foreclosure.

Soon after The Buffalo News wrote stories about his plight, the man who loved to help others found himself on the receiving end of kindness.

As his story spread online, with a national real estate publication picking it up, a GoFundMe drive to help Mr. Hodges swelled to more than $100,000 in less than 24 hours. That was more than enough to pay off the $46,000 mortgage and make needed structural repairs to the home.

On Nov. 6, 2015, more than 100 well-wishers – including Mayor Byron W. Brown and Assemblywoman Crystal D. Peoples-Stokes – gathered to greet him as he triumphantly returned home.

Standing on his porch, the soft-spoken, 90-year-old Mr. Hodges said, “I knew this time would come and it came today. The last words I’m going to say are, thank God.”

He left his beloved home for the last time in early December when he became ill and was admitted to the VA hospital in Buffalo. He died there Dec. 23, two minutes before Christmas Eve, his daughter Robin E. Hodges said. He was 96.

She and her brother say that since his death friends and neighbors have been sharing stories of how their father was always eager to help others in need.

They say it proves that while he might not have owned much, he was a wealthy man when it came to love and respect from others.

“My friends would come over when something was wrong with their car and my father would take a look, usually fix it, and teach us what to do. He loved to work on cars,” Johnnie H. Hodges Jr. said.

“So many people would live at our house when they needed a place. You could bring a stranger home and they were welcome at our dinner table,” said Robin Hodges, who recalled how he even helped the local newspaper carrier.

“He would walk the route delivering newspapers with the young boy. My dad knew everyone on the route including the names of the dogs and cats,” she said.

A native of Blenheim, S.C., Mr. Hodges served with the Navy in both the European and Pacific theaters during WWII. When he was later stationed in Boston, he met the woman he would marry, the former Flora Middlebrooks.

They married on Sept. 18, 1948, and moved to Buffalo that same year when he was hired as a laborer at Bethlehem Steel. During his 35 years at the Lackawanna plant, he became the first African American to be promoted to foreman in the coke oven division.

After the plant closed, Mr. Hodges worked for 25 years as a Buffalo school bus driver.

“He loved the children and they loved him,” the daughter said.

And while his father’s favorite pastime was repairing cars, Johnnie Hodges Jr. said he marveled at his dad’s ability to repair just about anything in their home.

“We put in sinks, furnaces, hot water tanks. He taught me how to sweat copper pipes. I don’t know how he knew all that,” the son said.

But the most important lesson he learned came from observing his father’s common sense.

“I surely wouldn’t be who I am without him,” Johnnie Hodges Jr. said.

In addition to his son and daughter, Mr. Hodges is survived by five grandchildren and six great-grandchildren.

John Hodges Sr., a WWII veteran who was evicted from his home in 2015, is greeted by well-wishers as he returns to his home on Nov. 6, 2015, following a national outpouring of support.