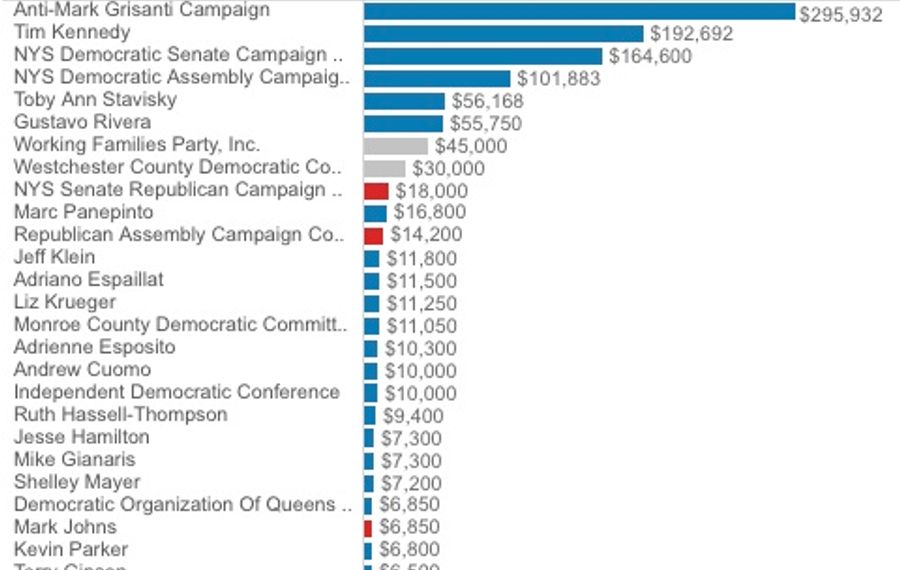 In a story published Sept. 28, Reporter Susan Schulman takes a look at primary season spending by New York State United Teachers and finds the statewide union had a big influence on two Western New York campaigns – more than other races in the state.

Here's a look at the numbers behind the story.

See all campaign contributions to local and statewide candidates, including those that gave to NYSUT, for the 2014 election year at DataBuff.