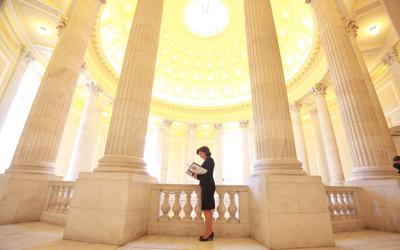 The name "Nathan Miller” is hardly chiseled on marble pillars throughout New York. Still, it is a name to remember today, as Western New York native Kathy Hochul waits to ascend to governor after the resignation of Andrew Cuomo, who announced Tuesday that he will step down in 14 days after an investigation led by state Attorney General Letitia James determined that Cuomo “sexually harassed multiple women and in doing so violated federal and state law."

Miller, a Syracuse lawyer born in Cortland County, served one term as a Republican governor, reaching that job in 1920 by defeating legendary Democrat Al Smith. That makes him the last New York governor before Hochul truly shaped by a life in what most of us would consider Upstate, at least the vast swath of the state that falls west of Albany.

In a matter of pointed historical contrast to Hochul, soon to be the state’s first woman governor, Miller's condescending response a century ago to the potential of women's suffrage triggered the ire of civic-minded women across the state, who had finally won the right the vote after years of protest and struggle. As governor, Miller offered this thought at a banquet held by the brand-new League of Women Voters, of New York.

The speech triggered a stunned and furious reaction. Maybe the ultimate long game statement of response will be the sound of Hochul taking the oath of office, especially when the question of gender rights, true respect and equity is at the core of what drove Cuomo from the job.

As Robert J. McCarthy reported Tuesday in The Buffalo News, those close to Hochul say she hardly sees her role as an interim position, and that next year she will almost certainly seek election to a four-year term. But to make that happen might demand recalling a more 21st century instance of ill-fated idealism from voters, one easy to forget against the tumult and bitter disappointment of so many years of top state leadership – a series of continuing jolts, not unlike an emotional pinball game, that in the end carried Hochul to this unexpected summit.

It is a good moment, for instance, to contemplate this quote:

'She is acutely ready for this': Hochul prepared for call to become governor

Kathy Hochul walks a fine line between her duties as lieutenant governor and potentially replacing Cuomo. Those around her say she is preparing for what lies ahead. They also say she is ready.

“After 12 long, vapid years, we are ready once again to bring government back to the people of the state of New York.”

That was Governor-elect Eliot Spitzer, as reported by The New York Times, speaking in December 2006 to a group of Democrats in Manhattan. Stepping back, at a time when nothing seems quite as shocking anymore, it is worth contemplating what was happening at that instant – and how those words, at the beginning of the chain that brings us to today, promised something that never came to be.

Spitzer, a crusading Democratic attorney general nicknamed “the sheriff of Wall Street,” ran that year as the supposed antidote to Albany dysfunction and corruption, the guy who would bring a swift, transparent end to the murky, fat cat system known for years as “three men in a room.”

In that same New York Times article, Spitzer – successor to three-term Republican George Pataki, who chose not to run again – spoke of being the governor who would provide “fundamental reform in an array of areas, including ethics, lobbying, elections, campaign finance and budget reform.”

Instead, his warfare with Senate Majority Leader Joe Bruno backfired when Spitzer was publicly upbraided for "Troopergate" overreach in a report from the staff of none other than then-Attorney General Andrew Cuomo – whose election to that job represented Cuomo's political rebirth after an ill-fated campaign a few years earlier to try and wrest the Democratic nomination for governor from then-state Comptroller Carl McCall.

Cuomo and Hochul take oaths of office in Buffalo

For Andrew M. Cuomo, the Thursday ceremony that launched his second term as governor of New York signals far more than breaking with the inaugural traditions of the State Capitol. Taking the oath of office far from Albany in the state’s two biggest cities of New York and Buffalo, as he did Thursday, departed from the time-honored rituals of

Spitzer’s fall thus became the teeter-totter impetus for Cuomo’s rise – a cycle that accelerated once Spitzer resigned after being identified as a patron of an escort service that employed sex workers and was under federal investigation.

There has been enough political turmoil since then at top levels in Albany to almost forget the sense of shock at Spitzer’s fast disintegration. Lt. Gov. David Paterson stepped into the role for not quite two years, even as Cuomo started preparing to lock down that job.

Paterson, who became the state's first African-American governor, encountered his own share of political tumult, and eventually chose not to seek election. He made way for Cuomo – who only a few years earlier had seemed to face a long wait for any shot at that seat, in the wake of Spitzer's seemingly landscape-changing victory.

The first lieutenant governor to serve with Cuomo was former Rochester Mayor Robert Duffy, now chief executive officer of the Greater Rochester Chamber of Commerce. Seven years ago, he said he would not seek reelection based on problems caused by sheer physical pain from the travel demanded around the state, and on a wish for more time with his family. In 2014, in a commencement address at Keuka College, Duffy spoke of that "life decision" in a haunting way that almost seemed to anticipate the what-could-have-beens about this week:

"You don’t need 15 minutes of fame in the media," he told the graduates. "I would urge you to seek those 15 minutes of fame with your family, friends, neighbors, children, parents, everybody that is really close and important to you."

His successor: Kathy Hochul, the former Congresswoman, who took her 2015 oath of office at the Buffalo History Museum, joined by Cuomo, and seemed to thrive on the Ripley-to-Long Island rigors of the job.

“This is a big deal to have a lieutenant governor from your town,” Cuomo said of Hochul during the 2014 statewide Democratic conclave, in Buffalo.

He turns out to have been more right than he could ever have guessed.

Hochul has described Cuomo's behavior, as laid out in the report, as "repulsive and unlawful," and all indications point toward Hochul attempting to become the first elected female governor in New York history. It would be a kind of poetic rejoinder to the arrogance that Miller, the last governor from this end of the state, displayed a century ago about women and the vote.

Even so, for Hochul and any potential opponents, getting to that place will mean restoring a gubernatorial standard ground down for too long, as Cuomo's fast collapse serves to epitomize.

In 2006, weary of a state government that so often felt like little more than a labyrinth of money, rich guy influence and political pay-to-play, voters across the state turned overwhelmingly to Spitzer, who seemed to represent the shining prospect of integrity, decency and true reform.

All these years later, as we know too well, that role waits to be filled. 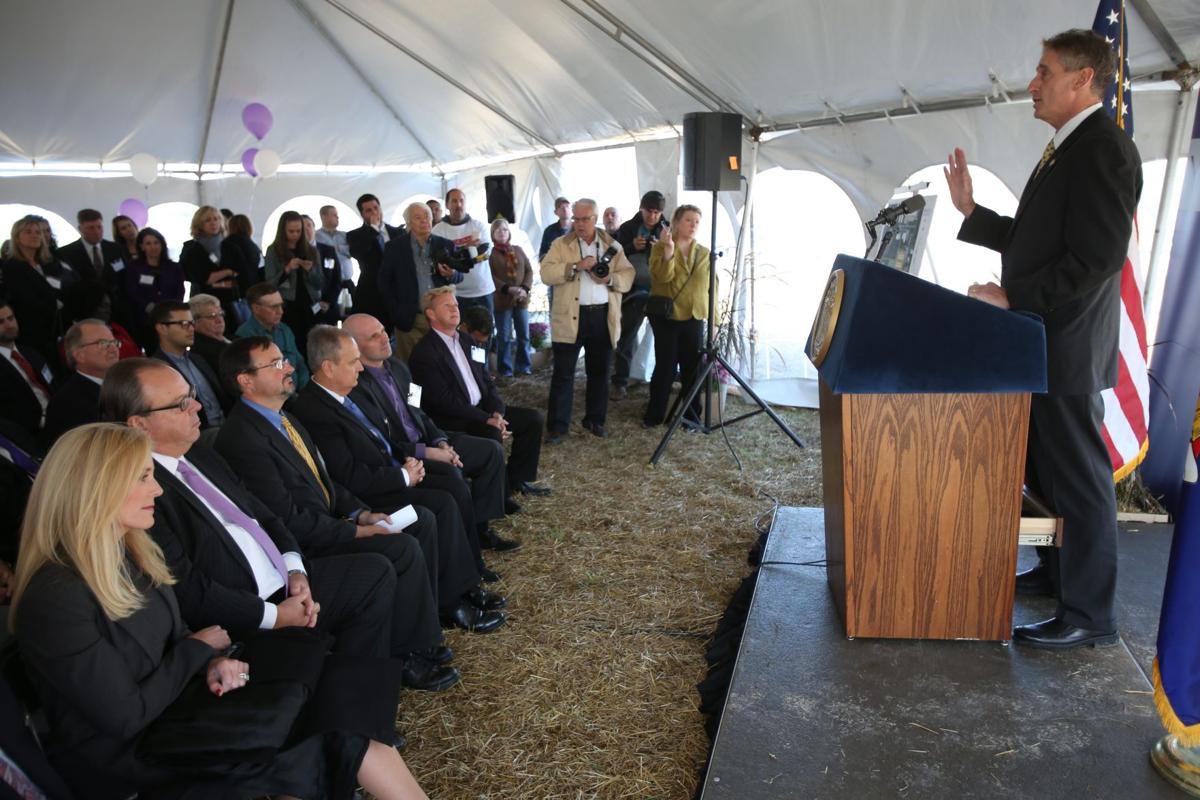 Robert J. Duffy, as lieutenant governor, in Lockport: His decision to step away led to Kathy Hochul making history. 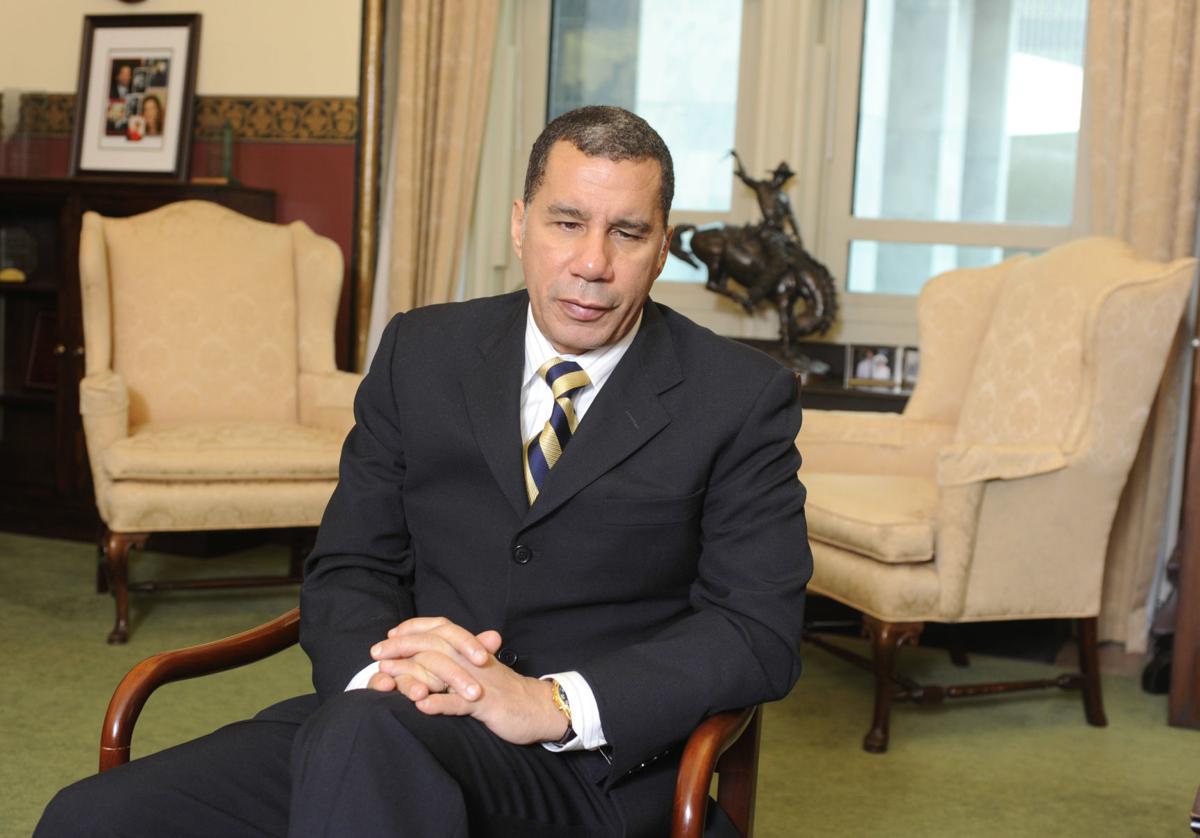 David Paterson: Before fate made him governor, he dreamed of the U.S. Senate. 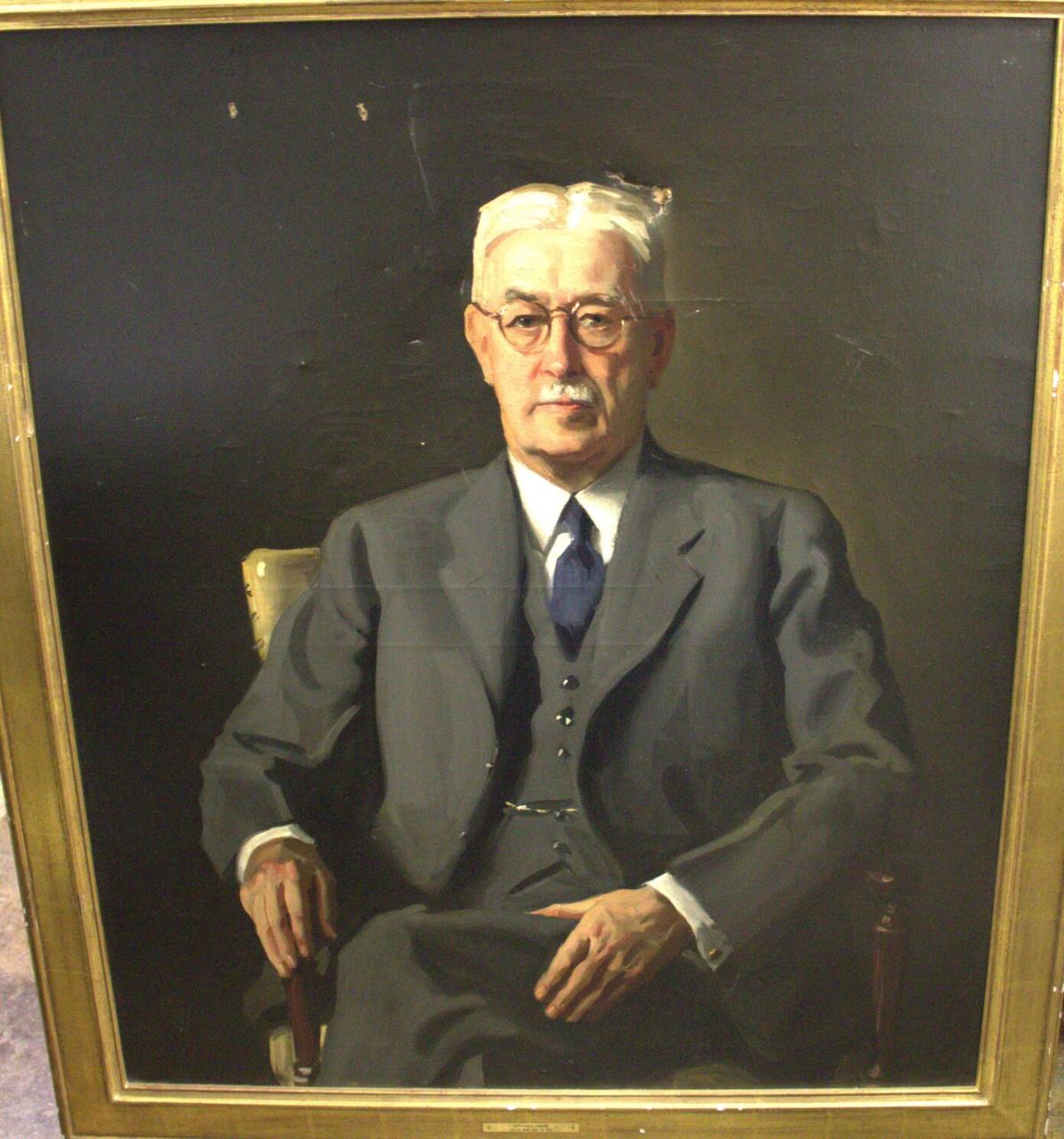