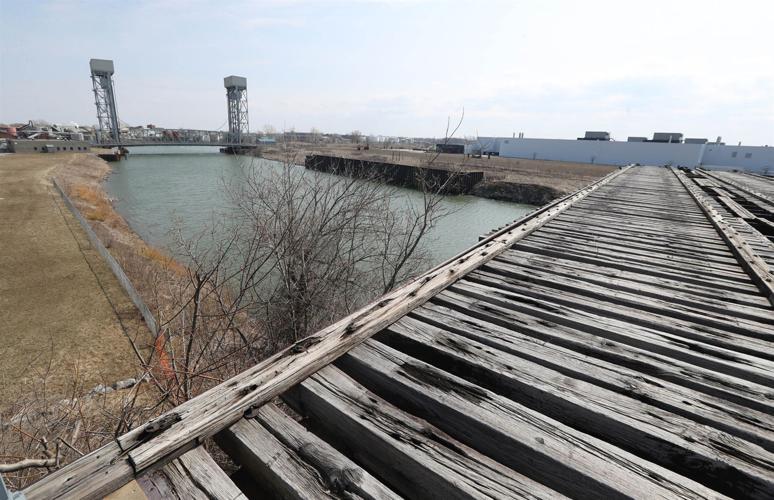 The Riverline, a project seeking to transform the former DL&W rail corridor into a 1.5-mile urban nature trail along the Buffalo River, got some added heft Monday when it became part of the High Line Network.

The Western New York Land Conservancy-led initiative became one of 15 new members to join the 39-member alliance of organizations that are turning underused and abandoned areas into public green spaces. Members include the High Line in New York City, Dequindre Cut in Detroit, Rail Park in Philadelphia and the Harbor District Riverwalk in Milwaukee.

“Member projects are instrumental in reshaping the landscape of our cities and offering residents wonderful new natural spaces to explore," the Conservancy’s Executive Director Nancy Smith said. "Although we have plenty of work left to do to make The Riverline a reality, as a High Line Network member, we look forward to exchanging ideas, knowledge, and inspiration with our peers from across North America.”

The Riverline would run from Canalside to South Buffalo. Its selection coincides with the release of a report outlining strategies for the nature walk to benefit the surrounding diverse neighborhoods. It came from a yearlong planning effort with the community and nonprofit and agency partners, including the University at Buffalo Regional Institute.

Rep. Brian Higgins, a backer of the project, called the latest development a good sign for the project's progress.

“Under the stewardship of the Western New York Land Conservancy, The Riverline has emerged as a unifying project — bridging together people and nature, our history and future, Buffalo’s neighborhoods and waterfront," Higgins, D-Buffalo, said.

"Inclusion of The Riverline in the High Line Network builds additional connectivity to premier projects across this country and beyond," he said.

Other new members of the High Line Network include:

• Town Branch Park, Lexington, Ky.: The transformation of a parking lot into an unprecedented signature park in the heart of downtown Lexington.

• Bergen Arches, Jersey City, N.J.: The Erie Railroad’s milelong, underused railroad trench that once served four passenger rails is to be converted into a shared-use nature path on the East Coast Greenway.

• Destination Crenshaw, Los Angeles: A 1.3-mile-long outdoor art and culture experience celebrating the 200-plus years of black activism in one of the largest black communities west of the Mississippi River.

"The Riverline, Buffalo, NY: The transformation of the former DL&W rail corridor along the Buffalo River into a vibrant and engaging nature trail everyone can enjoy — right in the city, only minutes from downtown."

Another Voice: Expand the Riverline project for maximum influence

" I remain inspired by my hometown with its abandoned industry and magnificent but decaying urbanism," writes Jason Valgora.

People are encouraged to use cell phones and digital cameras to document examples of what The Riverline can become.

Land Conservancy gets grants for Riverline

The First Niagara Foundation in partnership with KeyBank awarded $40,000. Moog Inc. gave $75,000, which will be distributed over three years.

'Nature as a refuge': Final design for the Riverline is unveiled

The plan emphasizes seclusion and nature, with social activities along the streets.

The Western New York Land Conservancy is seeking proposals from firms for the third phase of its project to create the Riverline, a nature trail and greenway being developed along the former rail corridor running from Canalside to the Buffalo River. The request for proposals for the project’s concept and schematic design phase can be found at theriverline.com. Interested

Pope Francis jokes about needing tequila for his hurt knee