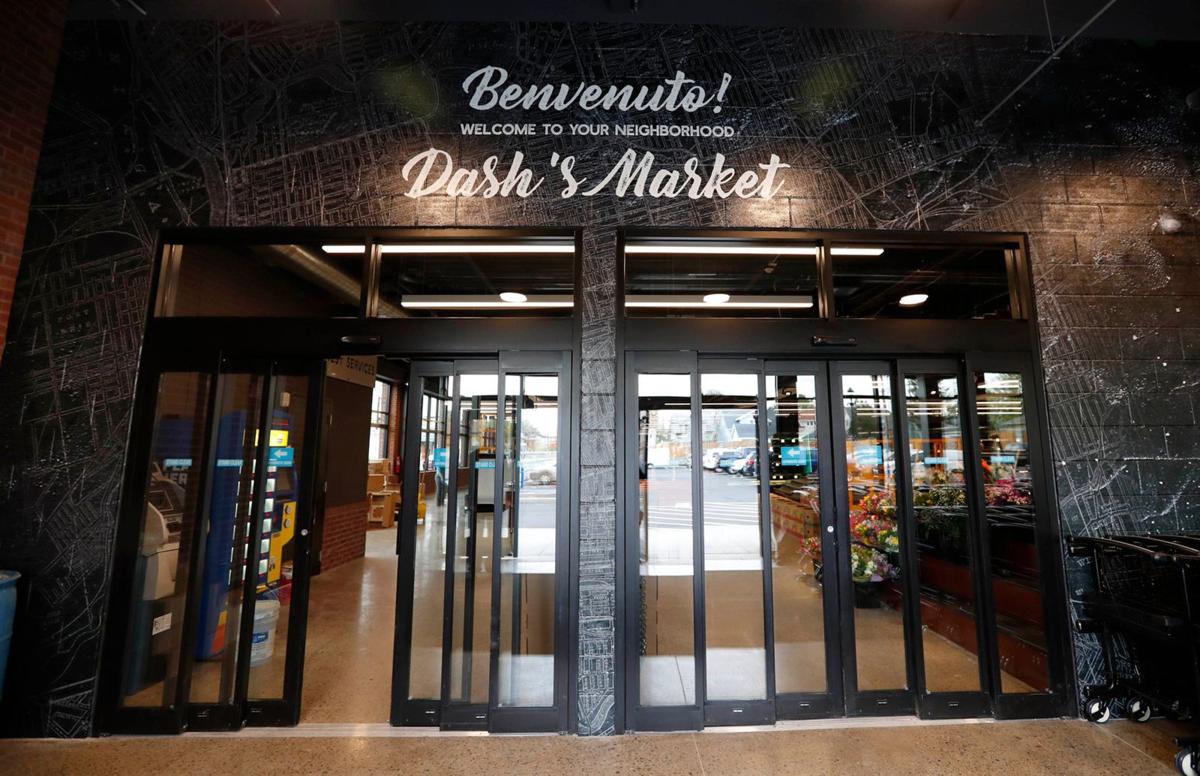 Dash's Markets received a loan from the Paycheck Protection Program 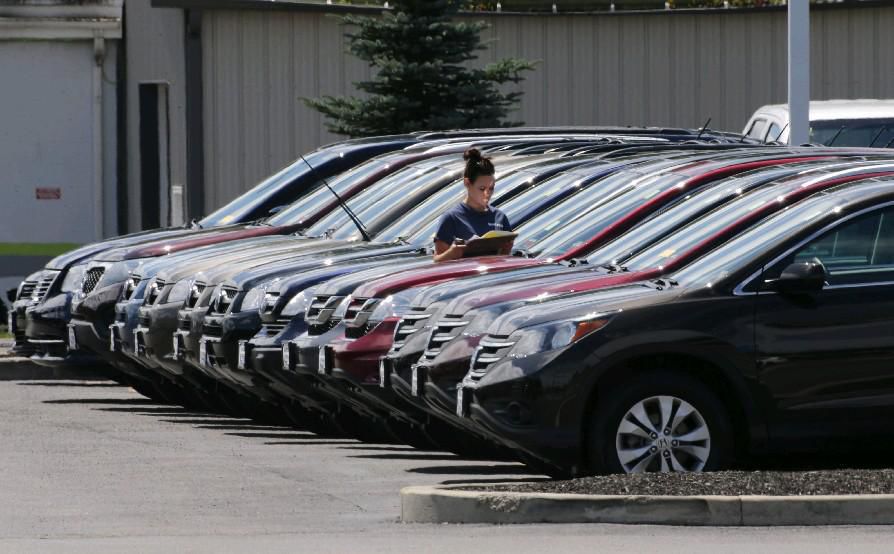 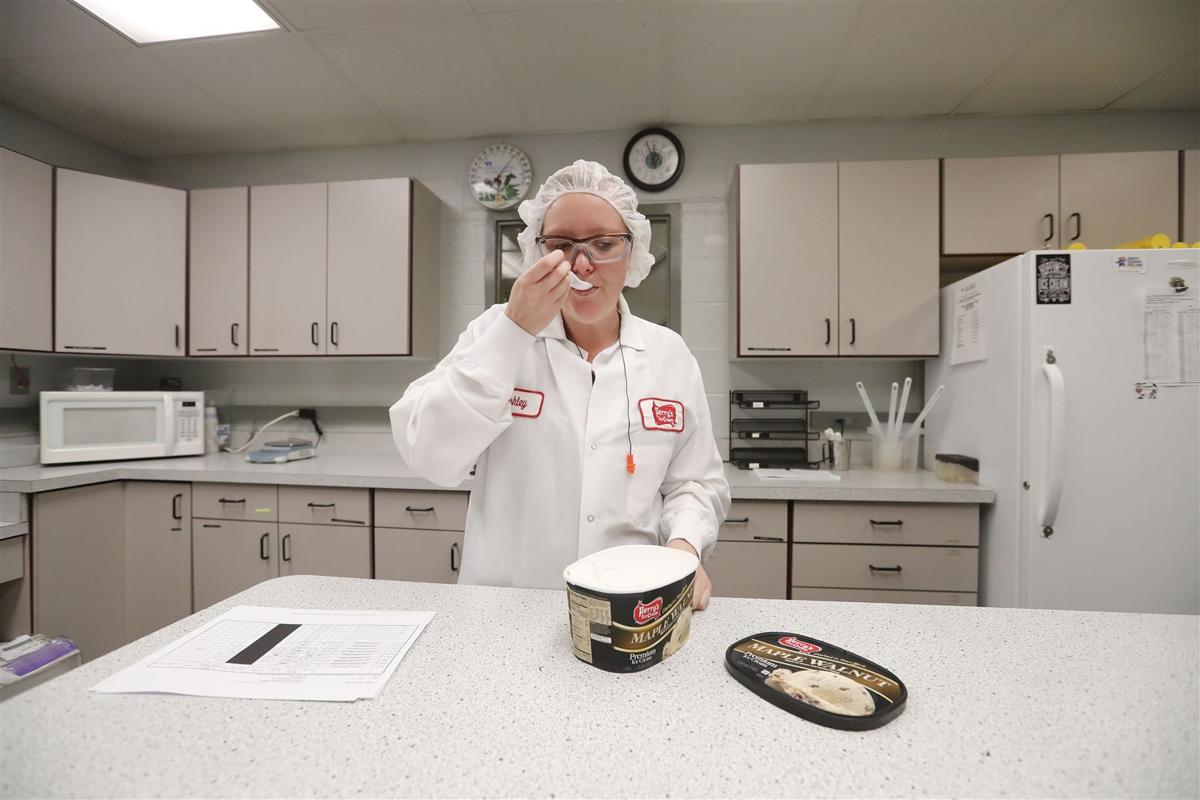 Breakfast at Denny's, then on to West-Herr for a tune up. Then there's a cap to shop for at the New Era flagship store downtown before stopping in at Dash's (don't forget the Perry's Ice Cream) for some groceries. Get it all done in time for the 5 p.m. Mass at St. Martha's in Depew, followed by dinner at Chef's Restaurant.

Created by Congress in response to the Covid-19 shutdown, that federal loan program came to the rescue of the Orchard Park Denny's, West-Herr, New Era, Dash's, Perry's, St. Martha's and Chef's. Federal data released earlier this week shows that in the eight counties of Western New York, 18,897 other companies of all sizes and shapes got those loans, too.

In total, the controversial Payroll Protection Program helped save 246,619 jobs in Western New York, according to data released by the U.S. Small Business Administration.

"I find it not at all surprising that there were well over 10,000 businesses that took it," Gallagher said of the federal loan program. "We heard from many of them that it was a lifeline."

How important is it that the program helped retain so many local jobs amid the greatest economic shock since the Great Depression?

Consider this: The nearly 247,000 local jobs that were touched by the PPP loans work out to be about two of every five jobs that existed in Western New York in May.

Without federal support, a significant number of those jobs could have disappeared, making the economic downturn even worse than it was.

"I do think that it was imperative to get money into the economy as quickly as possible," said Williamsville financial planner Anthony J. Ogorek, whose company received a $215,000 PPP loan that allowed it to hire another person and buy technology so that employees can work from home.

Not surprisingly, Buffalo – by far the largest municipality in the region – benefited the most locally from the loan program. More than 5,000 Buffalo companies received PPP loans, which allowed them to retain 88,308 jobs. In the meantime, hundreds of companies in Buffalo's suburbs received aid that allowed them to retain tens of thousands of jobs.

Congress structured the program so that the loans will be forgivable if companies use the money to support their payroll during the pandemic. So the program provided a cash infusion even as the shutdown cost companies of all kinds huge amounts of revenue.

Perry's Ice Cream, for example, got a $5.2 million federal loan. The company, which had 410 employees at the start of the the pandemic, now employs 425.

"We project that 100% of the loan will be used for payroll," said Robert Denning, president and CEO at Perry's. "This includes our essential team members on the front lines that manufacture, service and deliver to our customers, ensuring products are ready for purchase within the communities we serve."

Several employers that received loans said they, too, sought the funding to support their employees.

"With the funds, all of which are being used for employee payroll, West Herr brought all of its 1,150 furloughed employees back on its payroll," said Scott Bieler, West Herr Automotive Group's president and CEO. West Herr employs 2,195 people in the region.

Similarly, Hodgson Russ – one of the region's largest law firms – applied for and got a $6.4 million loan. That allowed the firm to keep about 90% of its 450 employees working, said Rick W. Kennedy, the firm's managing partner.

"That was really critical to us because unlike lots of other businesses, we have a professional obligation to our clients," Kennedy said. "We could not be in a position of saying well, 'We can't help you because the financial pressures of the pandemic have required us to lay people off.' "

Another one of the region's largest recipients of PPP funds – the Freed Maxick accounting firm – said it devoted all of its $5.4 million loan funds toward employees' salaries and health benefits.

"Our priority was ensuring our 300 team members remained employed, and as a result of the funding provided by the PPP, we were able to retain all of our team members," said Henry Koziol, managing director.

Steuben Foods in Elma said it protected all 643 employees on its payroll with the help of its PPP loan, and continues to hire for more positions.

And Chef's, which received $350,000, became one of several local restaurants to receive loans.

"It really helped," said Mary Beth Billitier, the manager at Chef's. "It allowed us to finally be able to open, and to pay our employees, which is a large chunk of our expenses."

But those larger loans were the exception, not the rule. Almost 84% of the loans in Western New York were for less than $150,000, and many of the companies listed said they employed fewer than 10 people.

More than a dozen churches received loans, including St. Martha's Roman Catholic Parish of Depew, which got at least $150,000.

"It stopped the bleeding here, that's for sure, because we were not getting offertory revenue under the quarantine," said the Rev. Bart W. Lipiec, pastor at St. Martha's.

The SBA noted companies named in the database "have only been approved for a PPP loan by a delegated lender. However, the lender’s approval does not reflect a determination by SBA that the borrower is eligible for a PPP loan or entitled to loan forgiveness. All PPP loans are subject to SBA review and all loans over $2 million will automatically be reviewed."

For all the good the PPP apparently did, the data the SBA released this week by no means painted a picture of a perfect program.

While New Era Cap Co. reported that the loan program saved 488 jobs, on Tuesday the company said it is laying off 187 people, including 117 in Buffalo.

In some ways, too, the PPP data poses questions that remain unanswered, such as:

– Why would a Denny's in Orchard Park get at least $1 million and claim that it retained 240 jobs, which seems to be a lot for one restaurant? An inquiry to Denny's corporate headquarters went unanswered.

– Why would a government-formed corporation like Western Regional Off Track Betting get a loan of at least $2 million – and what did it do with the money? OTB never replied to a request for comment.

– Why would Dash's Markets need a loan when grocery sales boomed during the quarantine?

“We met all the qualifications for it but not anything we would want to discuss,” said Mark Mahoney, director of operations. “It's an internal issue.”

Questions such as those prompt some to question the PPP aid.

"I'm not the biggest fan of how the the program was implemented, especially the fact that there's really seems to be very little oversight into it," said Robert Galbraith, senior research associate at Buffalo's Public Accountability Project.

But any loan program implemented so quickly, and in the midst of an emergency, is bound to be imperfect, said Ogorek, the Williamsville financial planner.

"It's a blunt tool and you're always going to be able to find inequalities in the plan," he said.

Banks are getting flooded with applications for a new federal government-backed loan program aimed at helping small businesses endure the Covid-19 pandemic. The $349 billion Paycheck Protection Program was launched last Friday. Banks indicated it was a rough first weekend for the program, with many lenders struggling to access the Small Business Administration’s electronic system to submit customers’ applications,

'It humbles you': Suddenly unemployed workers tell their pandemic stories

In Western New York, at least, the federal government’s Payroll Protection Program lived up to its name.

Dash's Markets received a loan from the Paycheck Protection Program