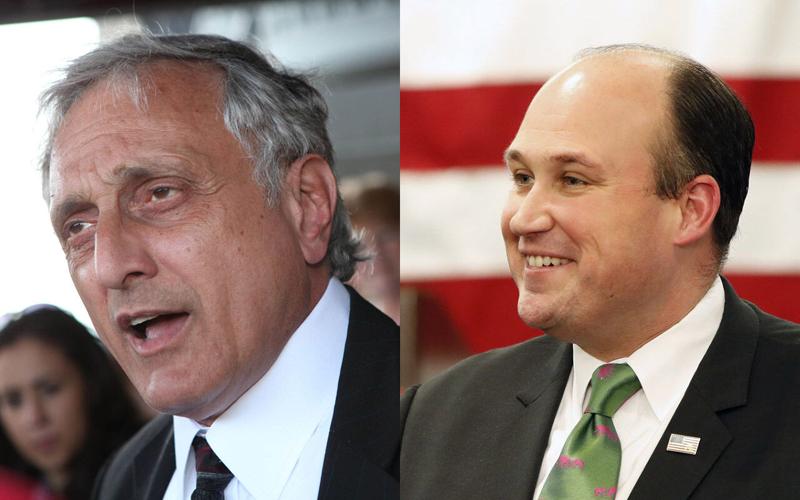 Carl Paladino and Nick Langworthy are beseeching the former president Donald J. Trump for his endorsement as congressional candidate in the new 23rd District. 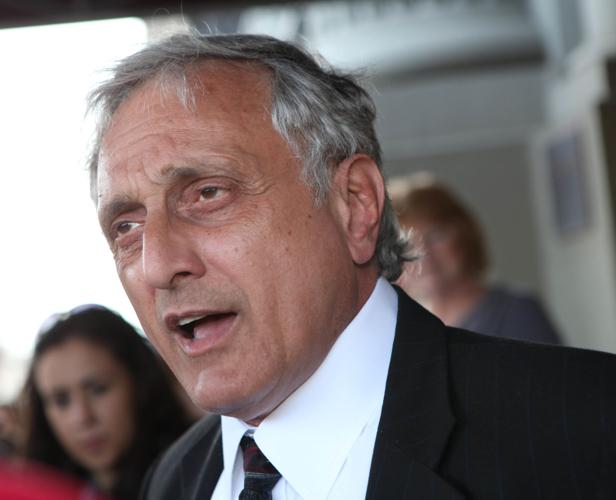 Carl P. Paladino is running for a set in the new 23rd Congressional District. 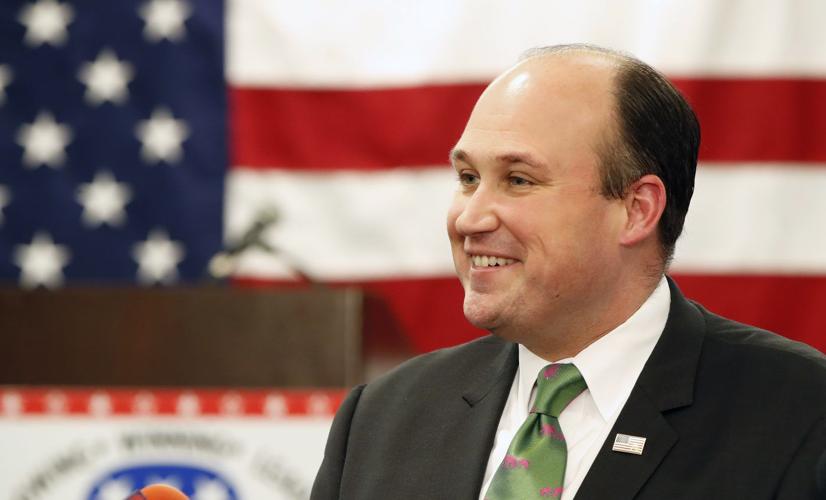 When Donald J. Trump was contemplating a race for governor of New York back in 2013, two of the top figures in Erie County politics traveled to Manhattan to persuade the then-real estate developer to make the move.

Carl P. Paladino, the 2010 Republican gubernatorial candidate, and then-Erie County Chairman Nicholas A. Langworthy were among a handful of GOP insiders who ultimately failed in their efforts to recruit Trump.

Chris Jacobs lost the backing of Republican leaders across his district. What's more, he proved how hard it is for lawmakers in this hyper-partisan era to buck their party even once and still survive.

But now Paladino and Langworthy are beseeching the former president again – this time for his endorsement as congressional candidate in the new 23rd District. Paladino said Monday he was slated to meet with Trump on Monday night at a fundraising event for Rep. Elise Stefanik, R-Saratoga County, slated for the Trump National Golf Club in Westchester County. He planned to ask for a political blessing still considered important in many Republican circles, after first discussing the situation on Saturday with Trump in a call initiated by the former president.

"This district is so Republican and so Trump, and having his endorsement is critical," Paladino said Monday.

The developing competition between two longtime allies in their efforts to succeed the suddenly-retiring Rep. Chris Jacobs, R-Orchard Park, presents a vexing dilemma for the former president. Though his Save America political action committee issues almost daily endorsements for contestants in Republican primaries around the nation, some say Trump may sit out this contest rather than choose between such loyal allies.

Rep. Chris Jacobs, an Orchard Park Republican, said Friday that he was withdrawing as the GOP and Conservative candidate for Congress in the newly redrawn 23rd District, acknowledging that his newfound views on gun control place him at odds with the parties that endorsed him.

Still, both candidates are pressing hard for him to make a choice.

Paladino, whose 2010 run for governor served in many ways as a precursor to Trump's 2016 campaign for president, has maintained close ties with him for years. He spoke with Trump on Saturday about his new campaign for Congress, and said he planned to make his case Monday night at the Stefanik event. Paladino is likely to remind the former president of his recent backing by Stefanik and her affinity for the former president's policies.

"They have made a statement for upstate New York that we are unified on policies as they relate to New York," Paladino said. "Having such a big part of upstate New York represented by such solid Republicans is awesome."

Langworthy, now the state Republican chairman, declined an interview request. But two sources close to him said Monday that the chairman has discussed the congressional situation multiple times with Trump since Jacobs' surprise decision on Friday to forgo another term, and that he planned to meet with him soon. Langworthy also developed close ties with Trump over the years, helping him win the 2016 Republican presidential primary in New York. Later, the New York Times reported that Trump pushed for Langworthy to become state GOP chairman.

The two sources familiar with the situation said some Republican leaders in the House – though not third-ranking Stefanik – feel more comfortable with the "stability" that Langworthy could bring to the seat and will convey that to Trump.

Trump's opinion in a Western New York congressional race has proven key in the recent past. In July 2020 he tweeted his "complete and total endorsement" for Jacobs in a hotly contested GOP primary, essentially ending the candidacy of several other Republicans. However, the new district differs substantially from Jacobs' old turf.

Trump's Save America PAC did not return a request for comment Monday. But several sources point to the former president's reticence so far to choose in the New York gubernatorial primary and predict he will follow the same path in the 23rd District. They note his close association with Andrew Giuliani, a former White House aide and son of his former lawyer – Rudy Giuliani – as well as past support for another candidate for governor – Rep. Lee Zeldin of Suffolk County.

"It's just not his M.O. to choose; he has too many friends in New York," said a source familiar with the situation.

Meanwhile, momentum continues to develop in a race nobody predicted just a few days ago. Paladino said Monday he collected far more signatures on designating petitions than needed in just the 24 hours after he declared his candidacy. He said volunteers collected most of his signatures.

"All of a sudden, we had a great crew right away," he said.

Paladino on Monday did not hesitate to begin throwing barbs at Langworthy, whom he acknowledged as a longtime ally. He said Langworthy asked him to step aside when they met on Saturday, but he instead urged him to remain as state chairman and finish his commitment to elect a Republican governor this year.

Paladino also said he would not go to Washington to "play politics."

"That's the way I view our chairman," Paladino said. "He's all about himself and is using party resources to pass petitions so he can go down to Washington and act like a big shot."

Langworthy has not yet officially declared his candidacy in a race that also features former Manhattan businessman Marc Cenedella, but signaled his intentions by hiring veteran political consultant Christopher M. Grant to work on the campaign. Langworthy and Grant are long time personal friends and have collaborated on several Western New York campaigns.

A post on congressional candidate Carl P. Paladino's Facebook page repeated conspiracy theories about the recent mass shootings in Buffalo and Texas, linking them to the kind of "false flag" ideas that claim government involvement in similar tragedies.

'I should have used Churchill': Paladino again on defense after report unearths Hitler remarks

For the second time in a week, Republican congressional hopeful Carl P. Paladino is explaining controversial remarks unearthed by a media watchdog group, this time noting Adolf Hitler's ability as an "inspirational" leader.

Manhattan businessman Marc Cenedella on Friday dropped out of the race for Congress in New York's 23rd district, meaning Republicans in southern and eastern Erie County and the Southern Tier will likely choose between Buffalo businessman Carl P. Paladino and State GOP Chairman Nicholas A. Langworthy in an Aug. 23 primary.

"When your party controls every single lever of government, there’s only one place the buck’s about to stop."

Analysis: Why Langworthy v. Paladino is not the only battle in NY-23

If you thought the congressional battle between Carl Paladino and Nick Langworthy was really something, just wait until you hear about the battles behind the battle.

Price of gas: Why does Europe pay so much more than the US?

Carl Paladino and Nick Langworthy are beseeching the former president Donald J. Trump for his endorsement as congressional candidate in the new 23rd District.

Carl P. Paladino is running for a set in the new 23rd Congressional District.