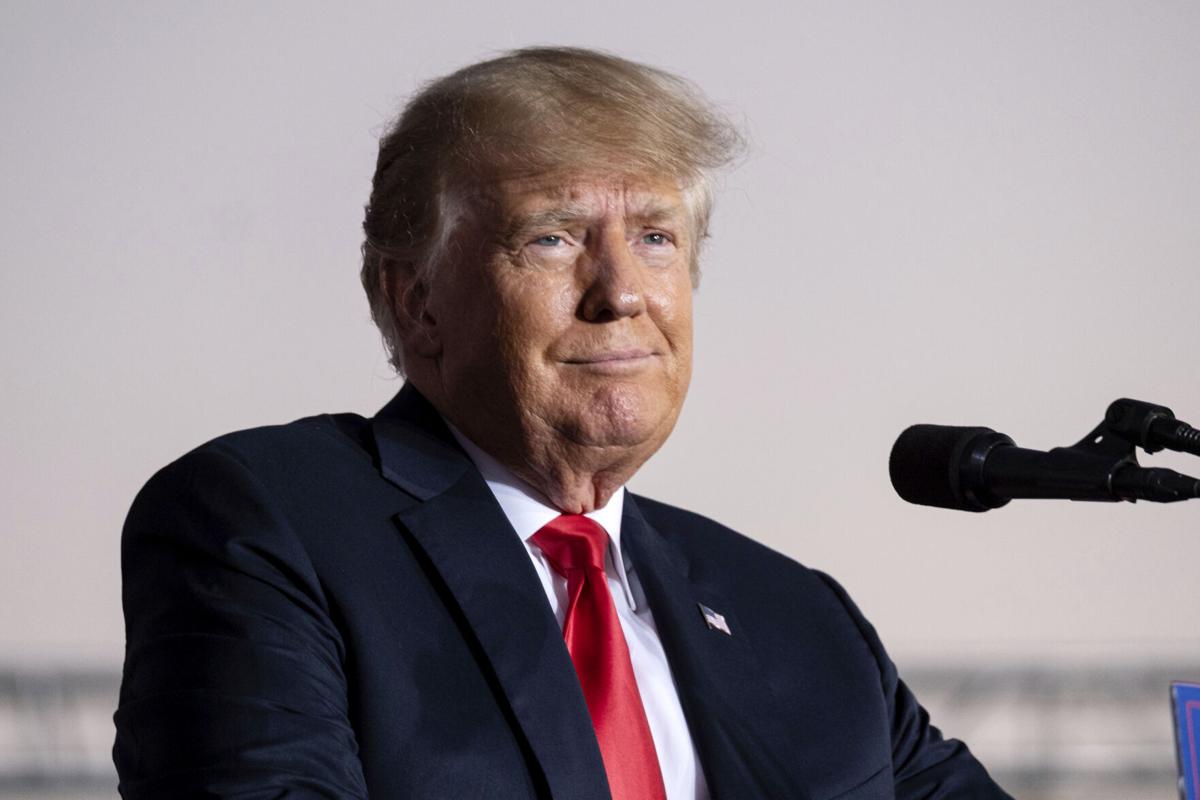 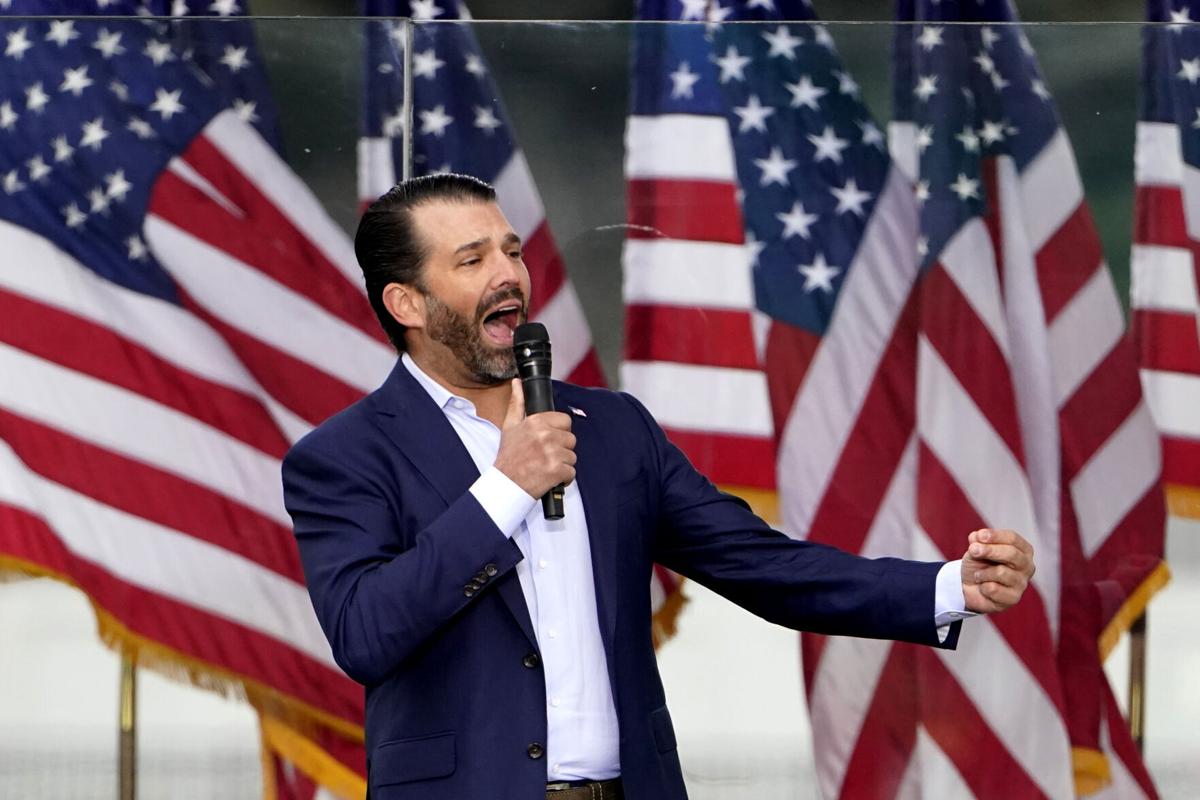 FILE - Donald Trump Jr. speaks at a rally in support of President Donald Trump on Jan. 6, 2021, in Washington. 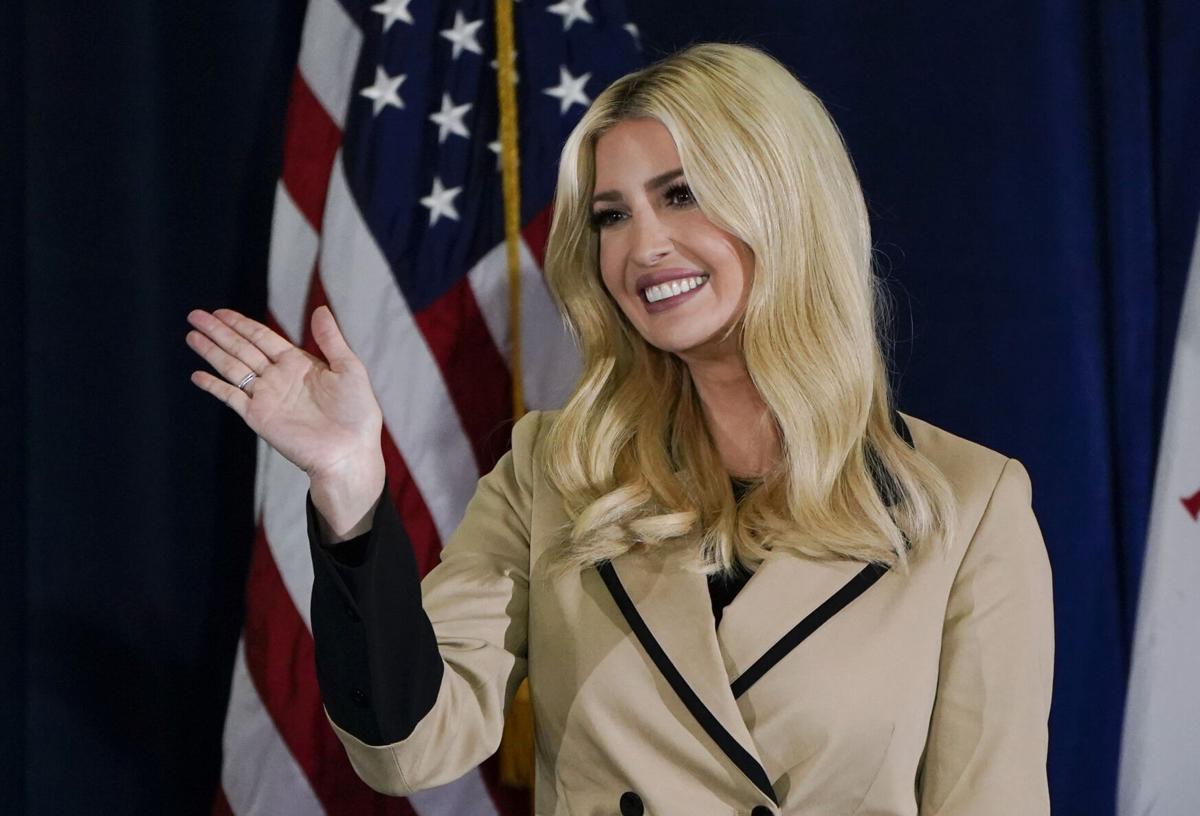 FILE - In this Monday, Nov. 2, 2020, file photo, Ivanka Trump, daughter and adviser to President Donald Trump, waves to supporters during a campaign event at the Iowa State Fairgrounds, in Des Moines, Iowa.

The subpoenas for Trump, his son Donald Trump Jr. and his daughter Ivanka Trump stem from an investigation “into the valuation of properties owned or controlled” by Trump and his company, the Trump Organization, the filing said.

Messages seeking comment was left with lawyers for the Trumps and James' office.

The attorney general's attempt to get testimony from the former president was reported in December, but the court filing Monday was the first public disclosure that investigators were also seeking information from Ivanka Trump and Donald Trump Jr.

The Trumps are expected to file court papers seeking to quash the subpoenas, setting up a legal fight similar to one that played out last year after James' office subpoenaed another Trump son.

Trump sued James last month, seeking to end the investigation after she requested that he sit for a Jan. 7 deposition. Trump's lawsuit, filed in federal court, alleges that the probe has violated his constitutional rights in a "thinly-veiled effort to publicly malign Trump and his associates."

James, a Democrat, has spent more than two years looking at whether the Trump Organization misled banks or tax officials about the value of assets — inflating them to gain favorable loan terms or minimizing them to reap tax savings.

James' investigators last year interviewed one of Trump's sons, Trump Organization executive Eric Trump, as part of the probe. James' office went to court to enforce a subpoena on the younger Trump and a judge forced him to testify after his lawyers abruptly canceled a previously scheduled deposition.

Although the civil investigation is separate from a criminal investigation being run by the Manhattan district attorney's office, James' office has been involved in both. Earlier this year, former District Attorney Cyrus Vance Jr. gained access to the longtime real estate mogul's tax records after a multiyear fight that twice went to the U.S. Supreme Court.

Before he left office at the end of last year, Vance convened a new grand jury to hear evidence as he weighed whether to seek more indictments in the investigation, which resulted in tax fraud charges in July against the Trump Organization and its longtime CFO Allen Weisselberg.

Weisselberg pleaded not guilty to charges alleging he and the company evaded taxes on lucrative fringe benefits paid to executives.

Both investigations are at least partly related to allegations made in news reports and by Trump's former personal lawyer, Michael Cohen, that Trump had a history of misrepresenting the value of assets.

James' office issued subpoenas to local governments as part of the civil probe for records pertaining to Trump's estate north of Manhattan, Seven Springs, and a tax benefit Trump received for placing land into a conservation trust. Vance later issued subpoenas seeking many of the same records.

James' office has also been looking at similar issues relating to a Trump office building in New York City, a hotel in Chicago and a golf course near Los Angeles. Her office also won a series of court rulings forcing Trump's company and a law firm it hired to turn over troves of records.

Photos: Donald Trump through the years

'How to Get Rich'

In the Oval Office

Trump to lay out his agenda to Congress

Little Sisters of the Poor

At the Western Wall

At the White House

State of the Union

Mars’ liquid water lakes might not be liquid after all

Bolivia releases condor into the wild after being rescued by veterinarians

Bolivia releases condor into the wild after being rescued by veterinarians

Meat Loaf, 'Bat Out of Hell' rock superstar, dies at 74

Meat Loaf, whose "Bat Out of Hell" album is one of the all time bestsellers, has died at age 74.

The boyfriend of slain cross-country traveler Gabby Petito admitted killing her in a notebook discovered near his body in a Florida swamp, the FBI said.

Biden to give away 400 million N95 masks starting next week; plus more top news

Things to know today: Here's how to get free N95 masks starting next week; U.S. steps up aid to Ukraine; NAACP award nominations. Get caught up.

Three studies released Friday offered more evidence that COVID-19 vaccines are standing up to the omicron variant, at least among people who received booster shots.

ALBANY, N.Y. (AP) — Former New York Assembly Speaker Sheldon Silver, one of the most powerful figures in state government for two decades before his conviction on corruption charges, has died in federal custody. He was 77.

U. of Michigan reaches $490M settlement over sexual abuse by former sports doctor

The University of Michigan has agreed to a $490 million settlement with hundreds of people who say they were sexually assaulted by a former sports doctor at the school.

Truck with 100 monkeys crashes in Pennsylvania, plus more weird news

The last of the escaped monkeys from the crash of a truck towing a trailer load of 100 of the animals was accounted for by late Saturday.

FILE - Donald Trump Jr. speaks at a rally in support of President Donald Trump on Jan. 6, 2021, in Washington.

FILE - In this Monday, Nov. 2, 2020, file photo, Ivanka Trump, daughter and adviser to President Donald Trump, waves to supporters during a campaign event at the Iowa State Fairgrounds, in Des Moines, Iowa.