Subscribe for $1
Read Today's E-Edition
Share This
More kids are repeating a grade. Is it good for them?
0 Comments
Share this
Support this work for $1 a month

HARRISBURG, Pa. (AP) — As Braylon Price remembers it, he struggled with pretty much everything the first full school year of the pandemic. With minimal guidance and frequent disruptions, he had trouble staying on top of assignments and finishing homework on time.

It was so rocky his parents asked for him to repeat sixth grade — a decision they credit with getting him on a better track.

"At first I didn't really want to do it," said Braylon, now 13. "But then later in the year I thought it would probably be better for me if I did."

The number of students held back for a year of school has surged around the country. Traditionally, experts have said repeating a grade can hurt kids' social lives and academic futures. But many parents, empowered by new pandemic-era laws, have asked for do-overs to help their children recover from the tumult of remote learning, quarantines and school staff shortages.

Twenty-two of the 26 states that provided data for the recent academic year, as well as Washington, D.C., saw an increase in the number of students who were held back, according to an Associated Press analysis. Three states — South Carolina, West Virginia and Delaware — saw retention more than double.

Pennsylvania, where the Price family lives, passed a pandemic-era law allowing parents to elect to have a redo for their kids. The following year, the number of retained students in the state jumped by about 20,000, to over 45,000 students.

Braylon's mother has no regrets about taking advantage of the new law.

"Best decision we could have made for him," said Kristi Price, who lives in Bellefonte, in central Pennsylvania.

While the family's two daughters managed to keep up with school despite limited supervision, Braylon struggled. He went back to in-person school for the first full academic year of the pandemic but it was "wishy-washy," his mother said. Students were quarantined on and off, and teachers tried to keep up with students learning at home, online and in hybrid models. That winter, Braylon suffered a spinal cord injury from wrestling that forced him to go back to remote learning.

On his repeat of sixth grade, Braylon had an individualized education program that helped him build more focus. Having more one-on-one attention from teachers helped too. Socially, he said the transition was easy, since most of his friends had been in lower grades or attended different schools already.

Research in the education world has been critical of making students repeat grades.

The risk is students who've been retained have a two-fold increased risk of dropping out, said Arthur Reynolds, a professor at the University of Minnesota's Human Capital Research Collaborative, citing studies of students in Chicago and Baltimore.

"Kids see it as punishment," Reynolds said. "It reduces their academic motivation, and it doesn't increase their instructional advancement."

But backers of retention say none of the research was conducted in a pandemic, when many children wrestled with Zoom lessons and some stopped logging in entirely.

"So many children have struggled and have had a lot of problems," said Florida state Sen. Lori Berman, a Delray Beach Democrat. Berman authored a law aimed at making it easier for parents to ask for kindergarten to fifth graders to repeat a grade in the 2021-22 school year. "I don't think there is any stigma to holding your child back at this point."

Generally, parents can ask for children to be held back, but the final decision is up to principals, who make decisions based on factors including academic progress. California and New Jersey also passed laws that made it easier for parents to demand their children repeat a grade, although the option was only available last year.

In suburban Kansas City, Celeste Roberts decided last year for another round of second grade for her son, who she said was struggling even before the pandemic. When virtual learning was a bust, he spent the year learning at a slower pace with his grandmother, a retired teacher who bought goats to keep things fun.

"Even with peers, some of them were like, 'Wait, shouldn't you be in third grade?' And he's just like, 'Well, I didn't go to school because of COVID,'" she said. "And they're kind of like, 'OK, cool.' You know, they move on. It's not a thing. So it's been really great socially. Even with the parent circles. Everybody's just like, 'Great. Do what your kid needs to do.'"

6. Make friends with your freezer.

PennyWise podcast: 6 tips to help you save on back-to-school shopping this year!

Setbacks for Trump, more tough economic news and the queen's funeral | Hot off the Wire podcast

🎧 In this week's podcast of top stories: The latest on investigations involving former President Donald Trump, the state of the economy and the funeral for Queen Elizabeth II.

A Florida highway had to temporarily close after a semi carrying cases of Coors Light crashed and turned the roadway into a silver sea of beer cans.

Things to know today: 7 children among dead in school shooting in Russia; Ian is now a hurricane aimed at Florida; scores, highlights from NFL's Week 3.

Lottery officials say two people have claimed the $1.337 billion Mega Millions jackpot after a single ticket was sold in a Chicago suburb in July.

"He's not doing well. The more recent development, after a third craniotomy, is seizures. It's been a long road," the family's lawyer said.

Hurricane Fiona has made landfall in Canada as a post-tropical cyclone. Also, Tropical Storm Ian tracks toward Florida. The latest on the Atlantic storms.

Russian men are fleeing their country in droves to avoid being rounded up to fight in Ukraine following Putin's partial military mobilization. Get the latest.

Dow hits 2022 low as markets sell off on recession fears

The Dow Jones average closed at its lowest point of the year Friday as markets sold off around the world on mounting signs the economy is weakening.

It would overhaul an 1800s-era statute known as the Electoral Count Act that governs how states and Congress certify electors and declare presidential election winners.

South Florida gearing up for impacts from Hurricane Ian 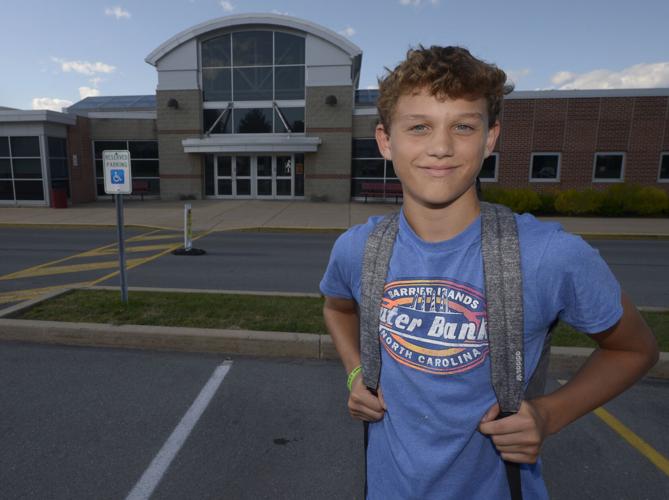 Braylon Price, 13, pauses on his way home from Bellefonte Middle School Wednesday in Bellefonte, Pa. The teenager was among more than 45,000 Pennsylvania students whose parents elected to take advantage of a new state pandemic-era law option of holding their child back a year in school. He repeated the sixth grade. 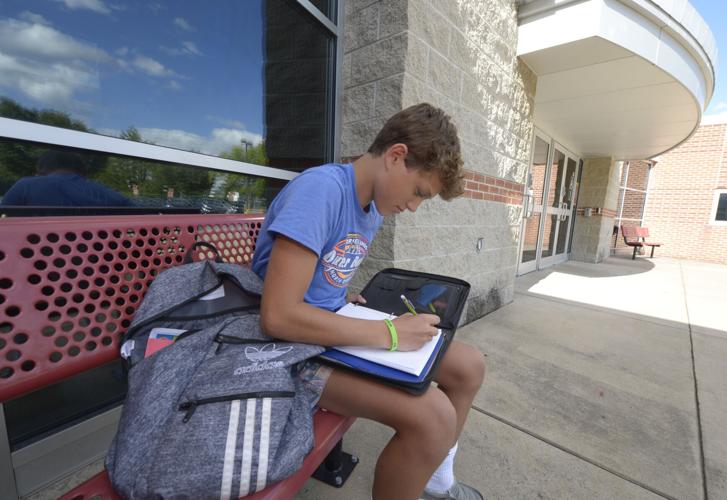