Inaugural poet Amanda Gorman leaves big impression: 'Even as we grieved, we grew.'
0 comments
Share this
Support this work for $1 a month

NEW YORK (AP) — In one of the inauguration's most talked-about moments, poet Amanda Gorman summoned images dire and triumphant Wednesday as she called out to the world “even as we grieved, we grew.”

The 22-year-old Gorman referenced everything from Biblical scripture and “Hamilton,” and at times echoed the oratory of John F. Kennedy and the Rev. Martin Luther King Jr. With urgency and assertion she began by asking “Where can we find light/In this never-ending shade?” and used her own poetry and life story as an answer.

The poem's very title, “The Hill We Climb,” suggested both labor and transcendence.

"We did not feel prepared to be the heirs

Of such a terrifying hour.

But within it we’ve found the power

To author a new chapter,

To offer hope and laughter to ourselves."

It was an extraordinary task for Gorman, the youngest by far of the poets who have read at presidential inaugurations since Kennedy invited Robert Frost in 1961, with other predecessors including Maya Angelou and Elizabeth Alexander. Mindful of the past, she wore earrings and a caged bird ring — a tribute to Angelou's classic memoir “I Know Why the Caged Bird Sings” — given to her by Orpah Winfrey, a close friend of the late writer.

“I have never been prouder to see another young woman rise! Brava Brava, @TheAmandaGorman! Maya Angelou is cheering—and so am I," Winfrey tweeted. Gorman was also praised by “Hamilton” playwright Lin-Manuel Miranda, who tweeted “YES @TheAmandaGorman!!!” Gorman, soon responded: “Thx @Lin_Manuel! Did you catch the 2 @HamiltonMusical references in the inaugural poem? I couldn’t help myself!”

Gorman, a native and resident of Los Angeles and the country's first National Youth Poet Laureate, Gorman told The Associated Press last week that she planned to combine a message of hope for President Joseph Biden's inaugural without ignoring "the evidence of discord and division.”

She had completed a little more than half of “The Hill We Climb” before Jan. 6 and the siege of the U.S. Capitol by supporters of then-President Donald Trump.

“That day gave me a second wave of energy to finish the poem,” Gorman told the AP. She had said that she would not mention Jan. 6 specifically, but her reference was unmistakable:

"We’ve seen a force that would shatter our nation rather than share it,

Would destroy our country if it meant delaying democracy.

And this effort very nearly succeeded.

But while democracy can be periodically delayed,

It can never be permanently defeated."

Frost's appearance at the Kennedy inaugural was a kind of valedictory — he was 86 and died two years later. Gorman's career is just beginning. Her first two books come out later this year — the picture story “Change Things” and a bound edition of her inaugural poem.

Ceremonial works are often quickly forgotten, but Angelou's “On the Pulse Of the Morning,” which she read at the 1993 inaugural of President Clinton, went on to sell more than 1 million copies as a book.

Invited to the inaugural late last month by first lady Jill Biden, Gorman has read at official occasions before — including a July 4 celebration when she was backed by the Boston Pops Orchestra. She has also made clear her desire to appear at a future inaugural, in a much greater capacity, an ambition she stated firmly in her poem.

"We, the successors of a country and a time,

Where a skinny black girl,

Descended from slaves and raised by a single mother,

Can dream of becoming president,

Only to find herself reciting for one."

Check out this incredible Russian art exhibition under frozen water

Check out this incredible Russian art exhibition under frozen water 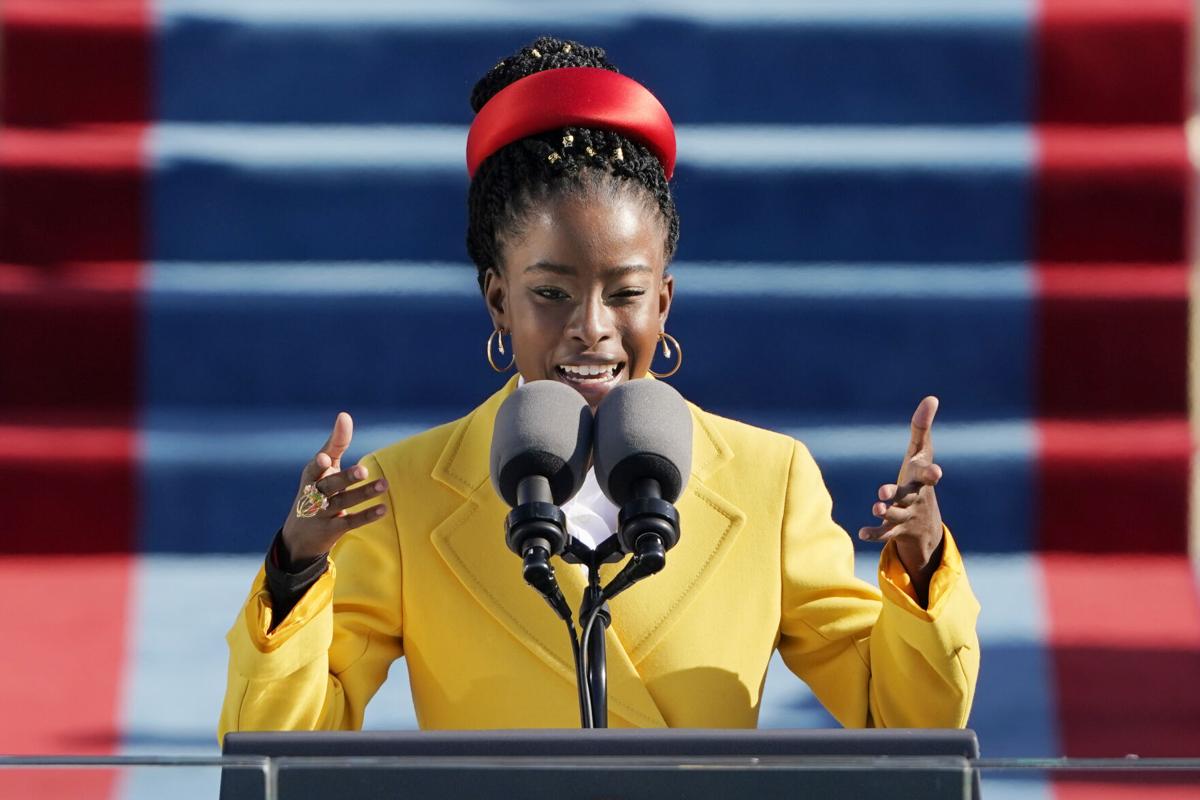 American poet Amanda Gorman reads a poem during the 59th Presidential Inauguration at the U.S. Capitol in Washington, Wednesday, Jan. 20, 2021. 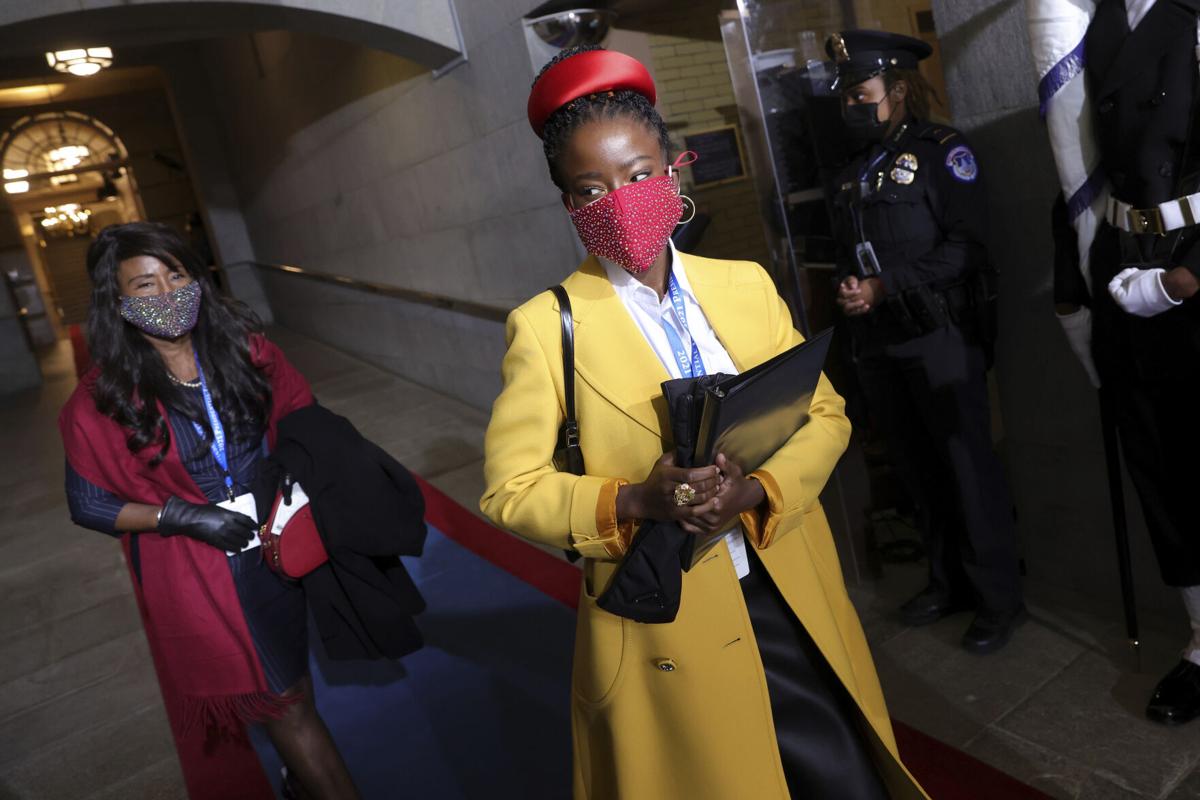 National youth poet laureate Amanda Gorman arrives at the inauguration of U.S. President-elect Joe Biden on the West Front of the U.S. Capitol on Wednesday, Jan. 20, 2021 in Washington.