NEW YORK (AP) — Tales of selflessness and heroism — and of deadly delays and heartbreaking missed opportunities — are emerging after the remnants of Hurricane Ida pummeled the Northeast with record-breaking rain that flooded roads and houses, killing dozens.

Earlier, Ida laid waste to parts of Louisiana and Mississippi after blowing ashore as one of the strongest hurricanes to hit the U.S.

As their vehicle filled with floodwater in the far northern suburbs of Philadelphia late Wednesday, Donald Bauer helped his wife Katherine climb through a busted back windshield.

"My father started pushing my mom out, and telling her to go and go and go," said the couple's son, Darby Bauer. "All she remembers from being pushed out of the car was him touching her one last time, shouting at her to go."

Katherine Bauer clung to a tree and watched the rising waters carry their Mazda SUV out of sight. She was rescued about an hour later.

Donald Bauer's body was found the next morning. He was still in the vehicle.

The couple had attended their daughter's college volleyball game and were trying to return to their Perkiomenville home in the worsening storm when their Mazda died and began to float.

"Without his help, I don't think she would've gotten out of the car," he said.

Donald Bauer "had one of the biggest hearts we knew," his son said. "He was selfless down to his last act."

Four people died in this small, industrial city when the swollen Elizabeth River swept through an apartment complex, trapping people in their homes. But there were also lifesaving rescues.

Greg Turner's 87-year-old mother called him from the flooded building complex at 8 p.m. Wednesday to tell him water was "shooting into the apartment." He tried to race over from his home in another part of town, but floodwaters blocked his path.

Turner hailed firefighters in the street, who told him, "We're swamped, but we'll try to get you over there."

By the time rescuers reached Turner's mother a little before midnight, the water was up to her neck. To reach her, they had to cut a hole through the floor of the apartment above hers and pull her through the ceiling.

"She was standing in a sink" to keep above the rising water, Turner said. "At 87 years old."

"She lost everything," Turner said. "I'm going over to the bank to get some money to buy her some shoes, some clothes, some underwear. We've got to go get her medicine, everything."

Pinned in the door of her boyfriend's sub-basement apartment in Queens, Darlene Hsu struggled to keep her head above water and screamed for help.

Friends, neighbors and building staff dialed 911 for 40 minutes, but couldn't get through, said her ex-husband, Dennis Hsu. He said Darlene's boyfriend — the superintendent of the building — ultimately called a friend on the police force for help, and emergency responders arrived about 40 minutes after that. By then, it was too late.

Dennis Hsu said he's angry about the delays — angry the 911 system failed, and angry at people who ignored storm warnings and required rescue from flooded roadways, which diverted emergency resources.

"What are you guys doing on the highway? You're putting other people's lives at risk," he said.

Darlene Hsu had worked for a property management company and enjoyed sunbathing, swimming, arts and crafts and playing with children.

Hsu described his former wife as a "very kind and lovable person."

Nora Indovina was desperate to find someone to evacuate her mother before Hurricane Ida came ashore — and thought she had succeeded.

"Last time we talked, I told her to get her stuff together because they're coming to get you," Indovina said. "I guess they couldn't get to her."

Emily Boffone, 55, became trapped in her Lafitte home and died in the floodwaters. Her two beloved dogs survived the storm.

Boffone had worked for the Jefferson Parish sheriff's office, first in tax collection and later at booking intake, before retiring five years ago.

She had decided to ride out Ida because her neighbor was also staying, and she thought he could help her in an emergency, Indovina said. But the water rose so fast on Sunday that the neighbor wasn't able to get to her.

On Friday and Saturday, Indovina had been calling officials, trying to find someone who could help her evacuate. "I told them she was on oxygen, so she wouldn't be OK if the power goes out. They said they would get her out," said Indovina, speaking by phone from the car as she and her family made their way from Missouri to Louisiana.

"She was the best mom in the entire world," she said.

The storm was raging, and Knrishah "Nick" Ramskriet, who lived in a basement apartment in Queens, called a friend to say he and his family were leaving.

He wasn't heard from again.

"We thought he was OK. But my son called him the next morning and couldn't reach him," said his friend's mother, Ahilia Arjun.

Later came the heartbreaking news: Nick and his mother never made it out of their flooded apartment.

He had ambitions of going to school to learn plumbing or some other trade, or maybe to become an engineer, Arjun said.

Sgt. Brian Mohl, a 26-year veteran of the Woodbury department, called for help about 3:30 a.m. Thursday. His cruiser had been swept away.

Police searched the area with divers, helicopters, boats and drones. Finally, after daybreak, they found his body in the swollen river. First responders worked on him, but he was pronounced dead at a hospital.

"His tragic loss is a reminder of the dangers that state troopers and first responders put themselves in every day when responding to emergencies, and they deserve our utmost respect," Connecticut Gov. Ned Lamont said in a written statement. "Sergeant Mohl served the people of Connecticut with honor and commitment, and for that he will have our eternal gratitude and respect."

A 7-year-old Texas girl has been found dead two days after being reported missing. A FedEx driver who made a delivery to her home shortly before she disappeared was arrested in her death. A  tip led authorities to the man.

A ring worth $40,000 was found by metal detector enthusiast Joseph Cook. He spent weeks trying to figure out who it belonged to.

Power out in N.C. after gunfire; Fred McGriff voted into Hall of Fame; Kennedy Center Honors for U2, Gladys Knight | Hot off the Wire podcast

Power is out in North Carolina, a look at Supreme Court cases, Sunday's sports highlights and the Kennedy Center celebrates legends in the arts. Those stories and more on our daily podcast.

Tensions over gender identity and sexual orientation pervade the campuses of hundreds of U.S. Catholic and Protestant universities across the U.S.

Ten Los Angeles students appear to have overdosed on edible cannabis products at their middle school in the San Fernando Valley.

A 2-year-old girl is recovering after being attacked by a coyote in front of her house in a Los Angeles neighborhood.

The decision represents a significant win for federal prosecutors, clearing the way for them to use as part of their investigation the entire tranche of documents seized during an Aug. 8 FBI search of Mar-a-Lago.

The court's decision to hear arguments relatively quickly means it's likely to determine whether the loan cancellations are legal by late June.

The House passed a bill that would bind companies and workers to a proposed settlement reached in September that failed to gain the support of all 12 unions involved. The bill now goes to the Senate for consideration.

Get the latest news on the economy, the Trump Organization’s criminal tax fraud trial, a cruise that turned deadly and religion news on our daily podcast. 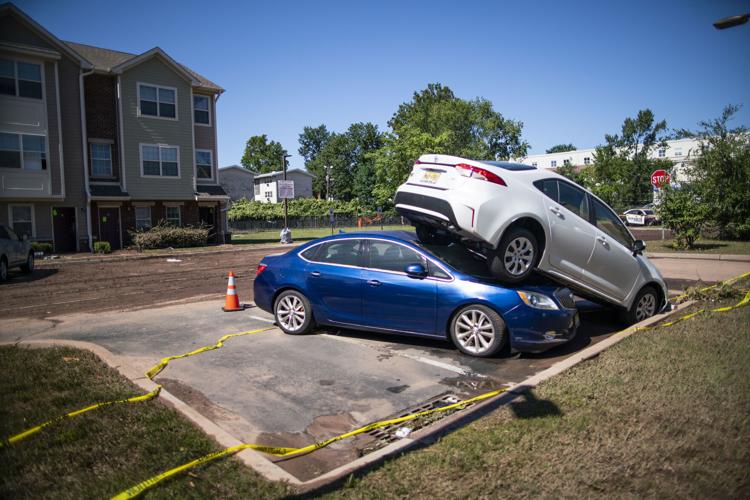 Cars are pilled after flooding as a result of the remnants of Hurricane Ida at Oakwood Plaza Apartments complex in Elizabeth, NJ., Thursday, Sept. 2, 2021. 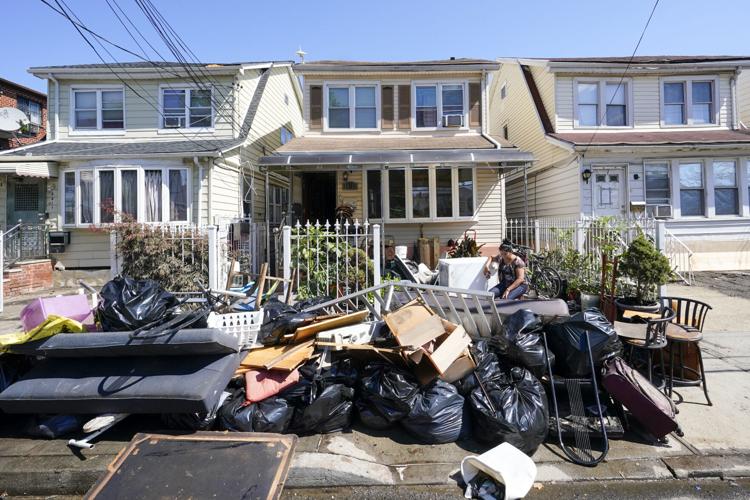 A resident of 153rd St. in the Flushing neighborhood of the Queens borough of New York sits outside her home with her water logged belongings, Thursday, Sept. 2, 2021, in New York. 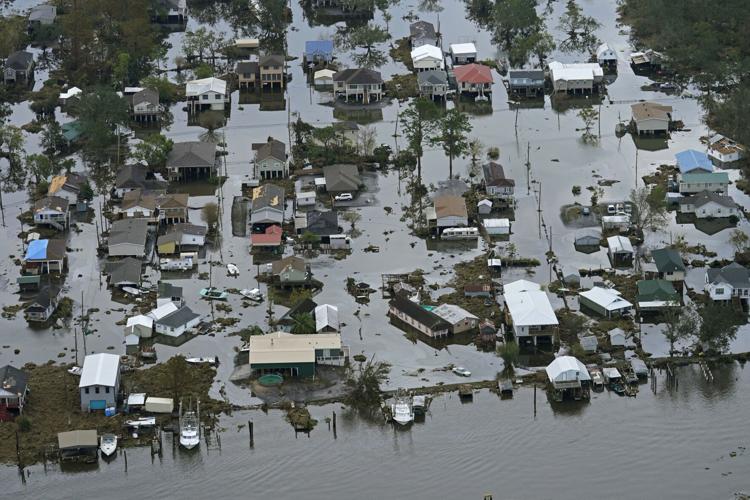 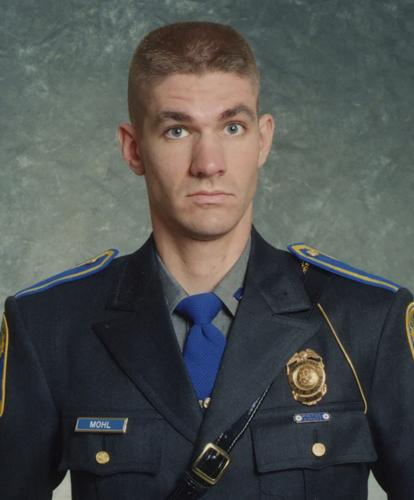 This undated photo provided by the Connecticut State Police shows Sgt. Brian Mohl, a 26-year veteran of their Woodbury department.