Biden to announce end of US mission in Iraq; typhoon headed for Olympics; Jan. 6 committee to start work
0 comments
Share this
Support this work for $1 a month

Here's what you should know today: The Biden administration is set to announce the end of the U.S. mission in Iraq; after Olympics endured heat, a typhoon is en route to Japan; and Jan. 6 committee chair Rep. Bennie Thompson vows to 'get it right.'

Keep scrolling for today's top stories, this date in history and celebrity birthdays.

President Joe Biden and Iraqi Prime Minister Mustafa al-Kadhimi are expected to announce on Monday that they’ve come to an agreement to end the U.S. military’s combat mission in Iraq by the end of the year, according to a senior Biden administration official.

The plan to shift the American military mission, whose stated purpose is to help Iraq defeat the Islamic State group, to a strictly advisory and training role by year’s end — with no U.S. troops in a combat role — will be spelled out in a broader communique to be issued by the two leaders following their White House meeting on Monday afternoon, said the official, who spoke on the condition of anonymity to discuss the yet to be announced plan.

The official said the Iraqi security forces are “battle tested" and have proved themselves “capable" of protecting their country. Still, the Biden administration recognizes that IS remains a considerable threat, the official said.

The Tokyo Olympics, delayed by the pandemic and opened under oppressive heat, is due for another hit of nature’s power: a typhoon arriving Tuesday morning that is forecast to disrupt at least some parts of the Games.

Don't worry, Japanese hosts say: In U.S. terms, the incoming weather is just a mid-grade tropical storm. And the surfers at Tsurigasaki beach say Tropical Storm Nepartak could actually improve the competition so long as it doesn't hit the beach directly.

'We have to get it right,' Dem vows as Jan. 6 probe begins

As the longtime chairman of the Homeland Security Committee, Bennie Thompson is accustomed to dealing with grave matters of national security. But his stewardship of the Jan. 6 select committee will be a test unlike any other, as he tries to untangle the events of a violent insurrection that many House Republicans increasingly play down and deny. The panel will hold its first hearing Tuesday with police officers who battled the rioters.

“We have to get it right,” Thompson said. If the committee can find ways to prevent anything like it from happening again, “then I would have made what I think is the most valuable contribution to this great democracy."

Thompson, 73, is a liberal fixture in Congress and longtime champion of civil rights, the only Democrat in the Mississippi delegation, hailing from a majority-black district in the state’s western half. He has avoided the limelight during his more than 15 years on the Homeland Security Committee, notching achievements with careful bipartisan outreach.

Several Democrats and Republicans said Thompson was the right choice to lead an investigation that is certain to be partisan and fraught.

Click on the links below for full version of today's top stories. Keep scrolling for a look back at this day in history and today's celebrity birthdays:

IMAGE OF THE DAY

Week in review: Top photos of the week from AP

In 1956, the Italian liner Andrea Doria sank off New England, some 11 hours after colliding with the Swedish liner Stockholm, and more events …

Body found in Wyoming believed to be Gabby Petito

Authorities say a body discovered Sunday in Wyoming is believed to be Gabrielle "Gabby" Petito.

Tyler Christman, a freshman at Carthage High School in northern New York, was injured during a junior varsity game on Saturday. He died Tuesday.

Police on Monday swarmed the Florida home of a young man wanted for questioning in the disappearance of his girlfriend, Gabby Petito. Get the latest.

The FBI says a county coroner has confirmed that human remains found along the border of Grand Teton National Park are those of 22-year-old Gabby Petito.

Her fiance, Austin Eskew, said in an interview with NBC News the couple was unvaccinated due to infertility fears she had with the shot.

The U.S. moved a step closer Wednesday to offering booster doses of Pfizer's COVID-19 vaccine to senior citizens and others at high risk from the virus as the FDA signed off on the targeted use of the extra shots.

The Biden administration's special envoy to Haiti has resigned, protesting "inhumane" large-scale expulsions of Haitian migrants to their homeland.

President Biden will ease foreign travel restrictions beginning in November, when his administration will require all foreign nationals flying into the country to be fully vaccinated. 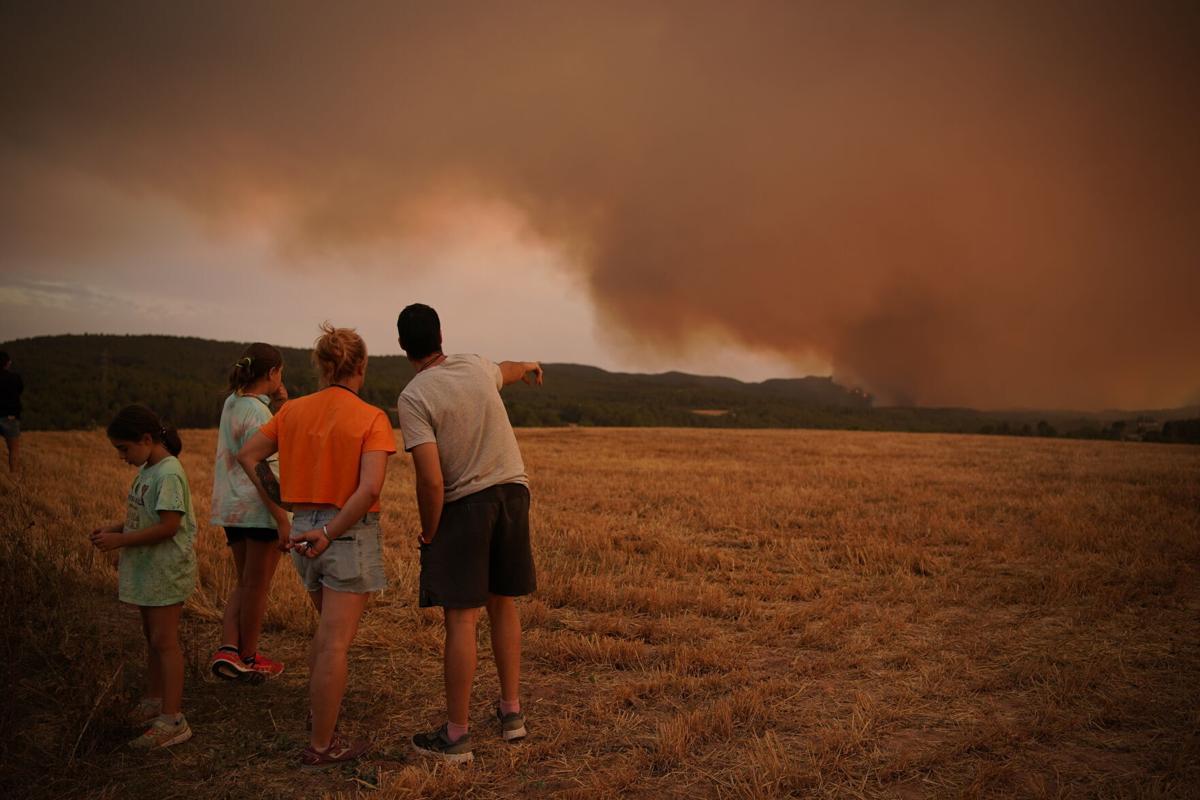 Residents look at wildfire near Tarragona, in the northeastern region of Catalonia, Spain, Sunday, July 25, 2021. Firefighters in northeast Spain are battling a wildfire that has consumed over 1,200 hectares (3,000 acres) of woodland. High temperatures and winds fanned the flames in the rural area. (AP Photo/Joan Mateu Parra) 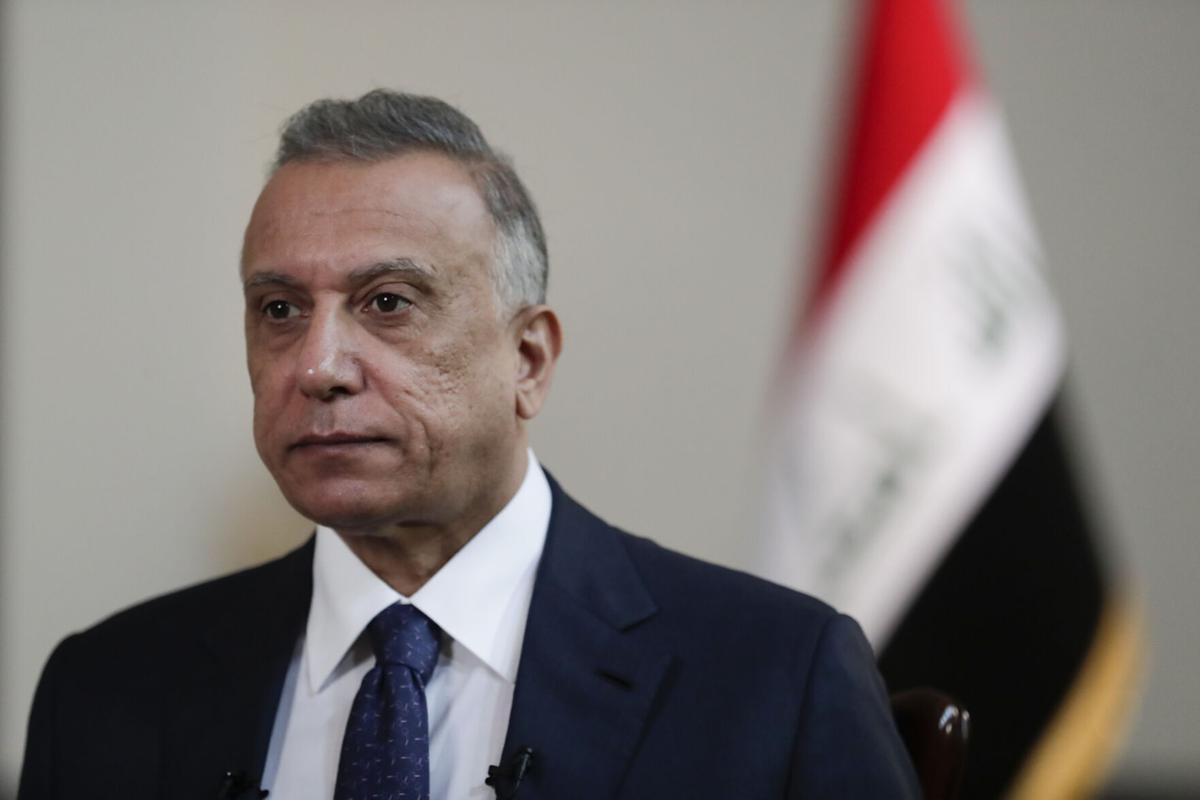 Iraqi Prime Minister Mustafa al-Kadhimi poses in his office during an interview with The Associated Press in Baghdad, Iraq, Friday, July 23, 2021. 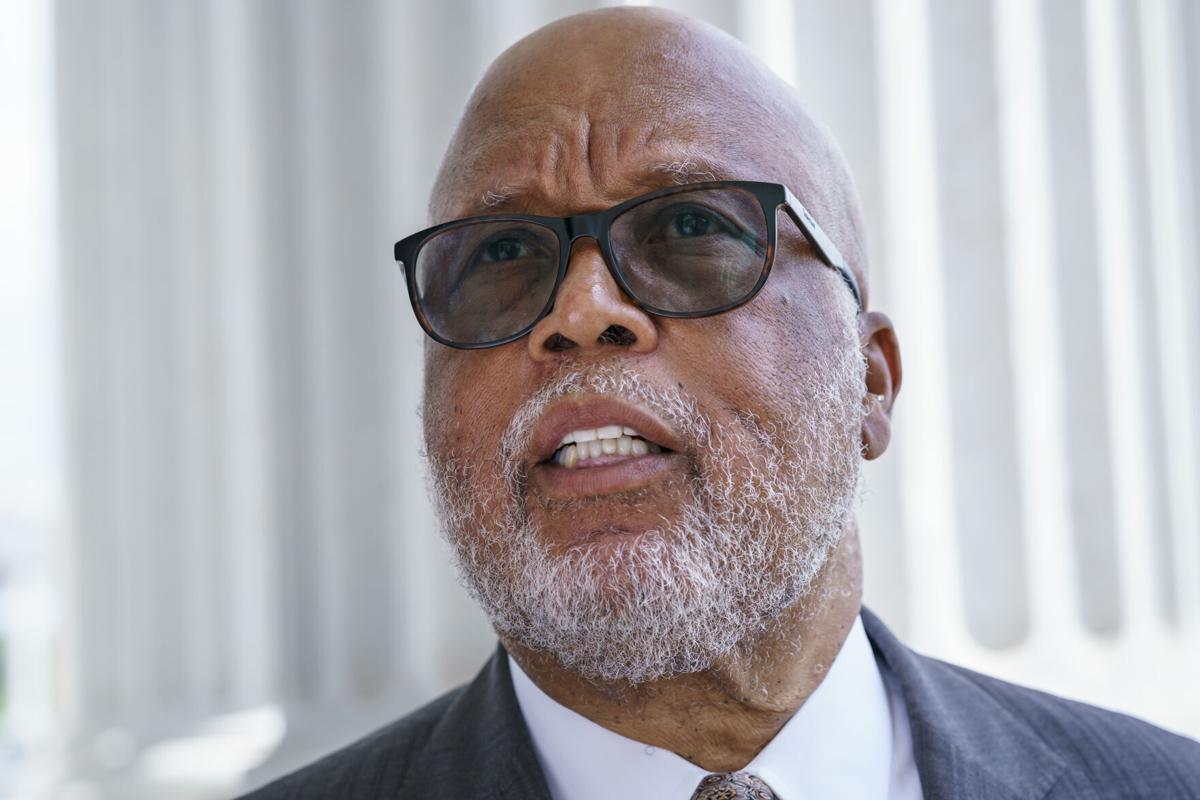 In this July 1, 2021, file photo Rep. Bennie Thompson, chairman of the House Homeland Security Committee, departs the Capitol after Speaker of the House Nancy Pelosi, D-Calif., appointed him to lead the new select committee to investigate the violent Jan. 6 insurrection at the Capitol, in Washington. 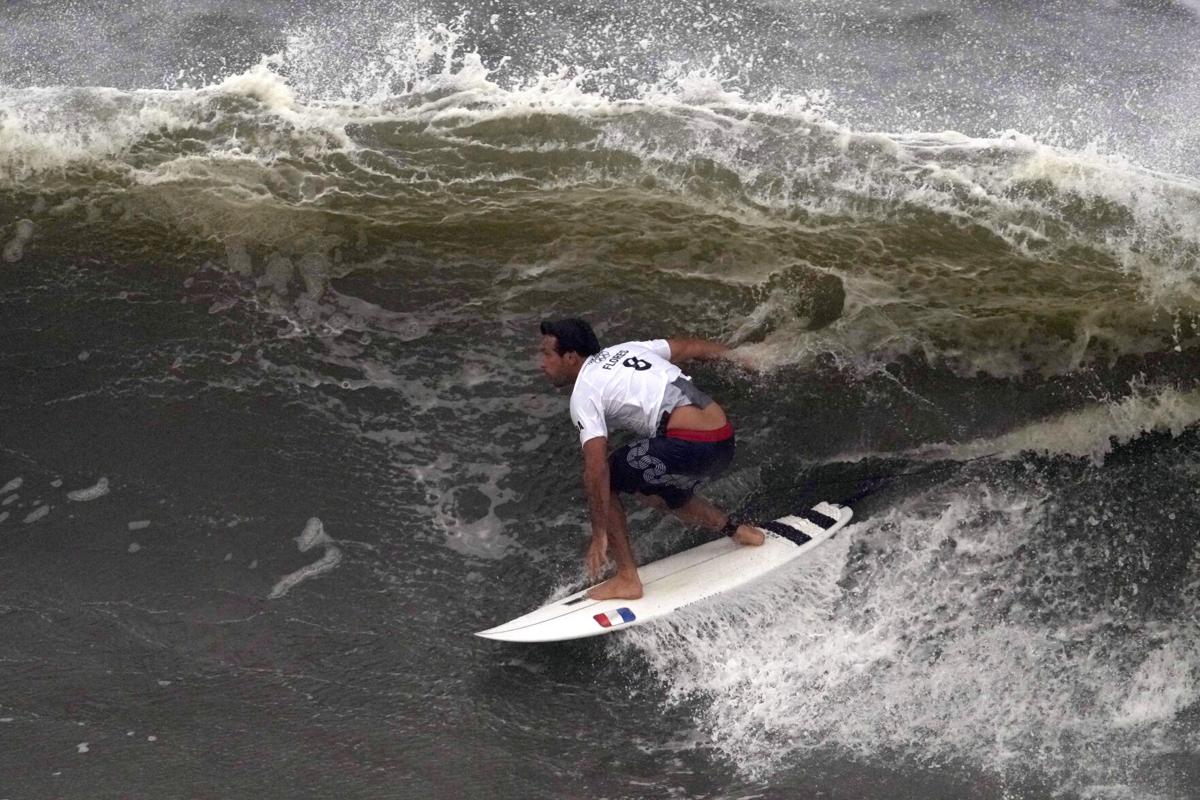 France's Jeremy Flores surfs a wave during the third round of the men's surfing competition at the 2020 Summer Olympics, Monday, July 26, 2021, at Tsurigasaki beach in Ichinomiya, Japan.