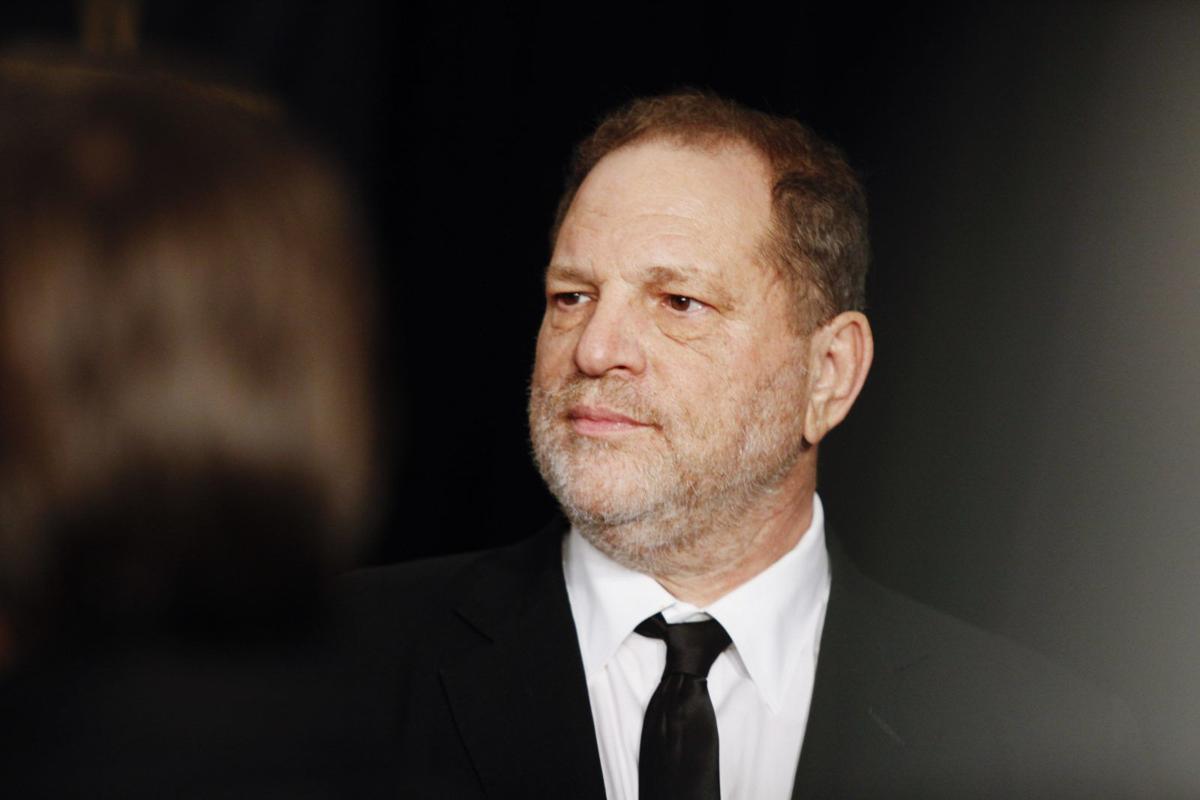 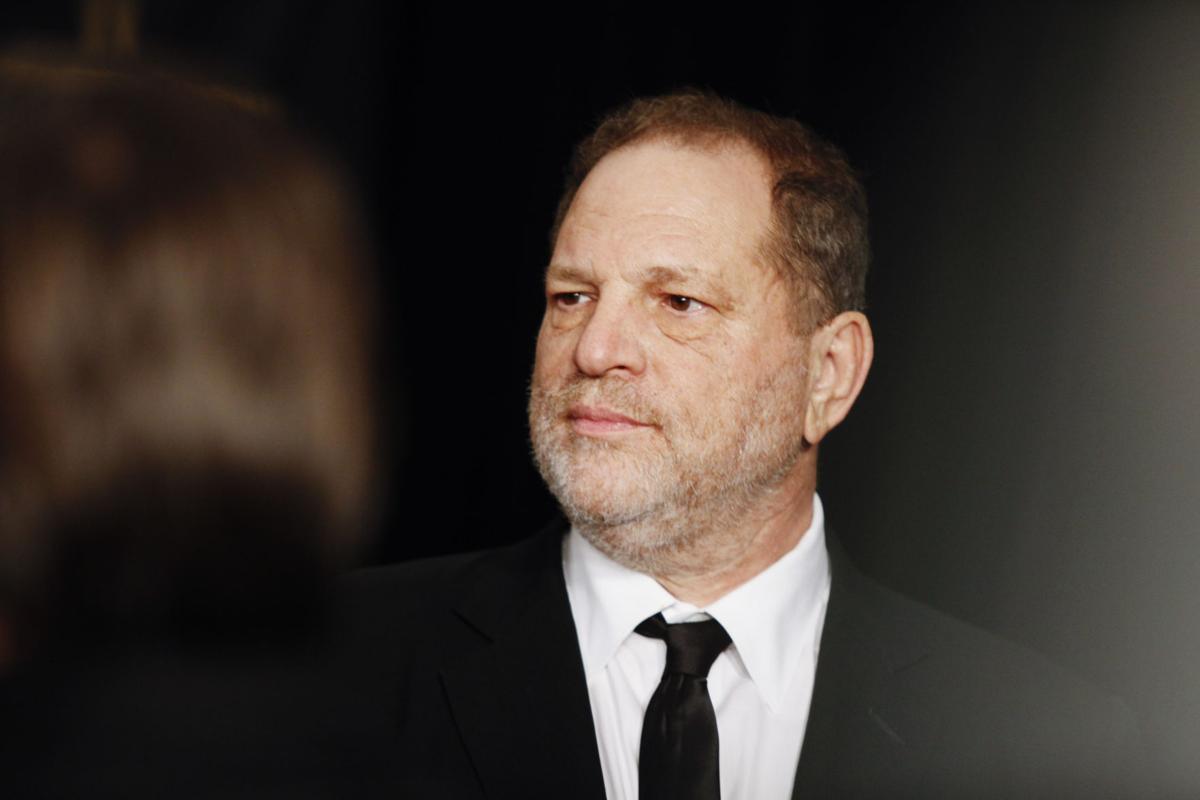 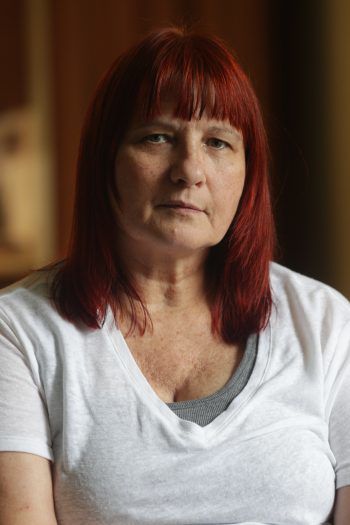 Long before Harvey Weinstein became one of the most powerful people in Hollywood – and now one of the most reviled, following reports that he sexually harassed and sexually assaulted several actresses – a Buffalo woman says she was the target of his unwanted advances.

Paula Wachowiak, now 62, is a grandmother of three and an employment specialist who works with people with disabilities.

Reading the accounts in the New York Times and the New Yorker of Weinstein's alleged actions, about luring actresses into his hotel room and asking for a massage, Wachowiak was struck by how similar those descriptions were with what she says happened to her in 1980 when she was working as a production assistant on Weinstein's first movie, "The Burning."

"My husband was like, 'Why don't you call somebody and tell someone the story?' " Wachowiak said.

She said she had told the story many times before but never before to a reporter. Wachowiak gave this account in an email and in follow-up phone interviews of what she experienced:

Wachowiak was 24 and had recently gone back to school at the University at Buffalo to study communications. She was recently divorced and a single mother.

At the time, Weinstein was famous in Buffalo as part of the concert promoting duo Harvey & Corky. He and Horace "Corky" Burger brought A-list rock-n-roll acts – the Rolling Stones, the Police, U2, Phil Collins and Lionel Ritchie – to Buffalo. They staged concerts at the Century Theater on Main Street in downtown Buffalo and a nightclub in Clarence they named Stage One.

Wachowiak enjoyed going to the club on Main Street and Transit Road back then, she recalled.

"At any given night, we would go to the bar and Greg Allman and Cher would show up," she said. "ZZ Top. Anybody playing in town and they would be playing for Harvey & Corky. … For Buffalo, that was pretty freaking amazing," she said.

She didn't know Weinstein or Burger but knew who they were.

"They were the big shots in town," she said.

Once in a while, Weinstein would be spotted at the bar and people would excitedly point him out.

Wachowiak needed an internship for the summer.

"I got the bright idea to try to get an internship with Harvey & Corky over that summer for credit," Wachowiak in an email.

She said she reached out to Weinstein several times before she said he brought up a project he was working on: a slasher movie set in a summer camp. The movie was going to be filmed in the Buffalo area that summer and she could intern for that.

The production supervisor assigned Wachowiak to be a production assistant working with an accountant.

Wachowiak, who grew up in Lovejoy, remembered feeling awestruck.

"I was hyper-impressed with all this glamour and excitement with cast and crew from exotic places like New York City and Los Angeles," she wrote in the email. "I felt like a country rube fresh off the turnip truck. I wanted to fit in and not appear to be as naive as I was."

The production crew set up at a hotel in North Tonawanda. Wachowiak's job mostly involved working with an auditor.

"They used to give me these large checks to go cash at the bank," she said.

One day, the auditor asked her to take a bunch of checks in a manila folder to Weinstein's hotel room to get them signed.

"When I got to Weinstein’s room he let me in but he was behind the door when it opened," Wachowiak wrote. "When I got into the room I realized that he was holding a hand towel around his waist."

She could tell Weinstein was naked underneath the small towel that was barely covering him, Wachowiak said in both the email and the interview.

Nervous about appearing unsophisticated, Wachowiak tried to keep her cool. She told herself: "Relax, these are movie people, they think nothing of walking around naked. Just keep your eyes on his face and don’t look down. And for God sake don’t let on that you want to run out of the room screaming.”

Wachowiak said Weinstein took the folder and dropped the towel. He was naked. She said she kept her eyes on his face, in the email.

"He sat on the bed with the folder over his groin and pointed to checks and asked me why we were paying for this or that. There was one check for break-away glass that was very expensive and I had to explain how difficult it was to transport," she recounted.

Then Weinstein began complaining about having a kink in his shoulder and asked for a massage, Wachowiak said.

Wachowiak said she had dealt with unwanted advances before. She had been leered at and whistled at, and perhaps that's why, she thinks, she was able to come back with a quick response.

"That's not in my job description," Wachowiak said she told Weinstein.

"He tried to encourage me by telling me what a fantastic opportunity it was for me to be part of this project," Wachowiak wrote. "I told him that I was happy to be part of the project but I would not touch him. He finally gave up and signed all the checks."

Wachowiak said she walked out of the room, closed the door and burst into tears. She told the production supervisor and the accountant what happened. The News made unsuccessful attempts to reach both men.

Wachowiak continued her internship and said she didn't run into Weinstein again until toward the end of the shoot.

A scene was being filmed in which a body was going to be set on fire. Her job was to be on a walkie-talkie and near a landline in case something went wrong with the fire scene.

"This was pre-cellphone days," she said.

She was by herself waiting for instructions when she said Weinstein drove up in a car. Wachowiak said she was scared as Weinstein approached her.

He asked her, "So, was seeing me naked the highlight of your internship?" she said.

Wachowiak said she had another comeback for him: "Actually, Harvey, you disgust me."

She said he laughed, got back into his car and drove off.

When she learned that the movie she had worked on, "The Burning," was being released, she went to the premiere.

There, she saw Weinstein again, she said.

She said he groaned and asked: "What? Are you everywhere?"

Wachowiak said she laughed and said: "Yes, Harvey, I am."

Wachowiak remembered being upset by the encounter in the hotel room.

"It was traumatic at the time," she said, but she says she's past it now.

Wachowiak has told this story to her friends over the years, she said. Dennis Dickman, a friend for 20 years, confirmed to The News that Wachowiak had shared the story many years ago and at least twice.

Jeff Simon: Harvey Weinstein and the end of the era of silence

After the Times story was published earlier this month, Weinstein issued a statement and threatened to sue the paper for its reporting. He denied many of the accusations in the Times article but acknowledged in his statement he had caused pain:

"I came of age in the '60s and '70s, when all the rules about behavior and workplaces were different. That was the culture then. I have since learned it’s not an excuse, in the office – or out of it. To anyone. I realized some time ago that I needed to be a better person and my interactions with the people I work with have changed. I appreciate the way I’ve behaved with colleagues in the past has caused a lot of pain, and I sincerely apologize for it. Though I’m trying to do better, I know I have a long way to go. That is my commitment. My journey now will be to learn about myself and conquer my demons."

Hofmeister told the New Yorker that "any allegations of non-consensual sex are unequivocally denied by Mr. Weinstein. Mr. Weinstein has further confirmed that there were never any acts of retaliation against any women for refusing his advances."

Weinstein has since been fired from the Weinstein Co., the Oscar-winning film studio he founded with his brother Bob. UB is working on rescinding the honorary doctorate he was awarded in 2000.

Wachowiak said she had a feeling that someday she would hear more allegations about Weinstein.

"Finally, it's out," Wachowiak said.