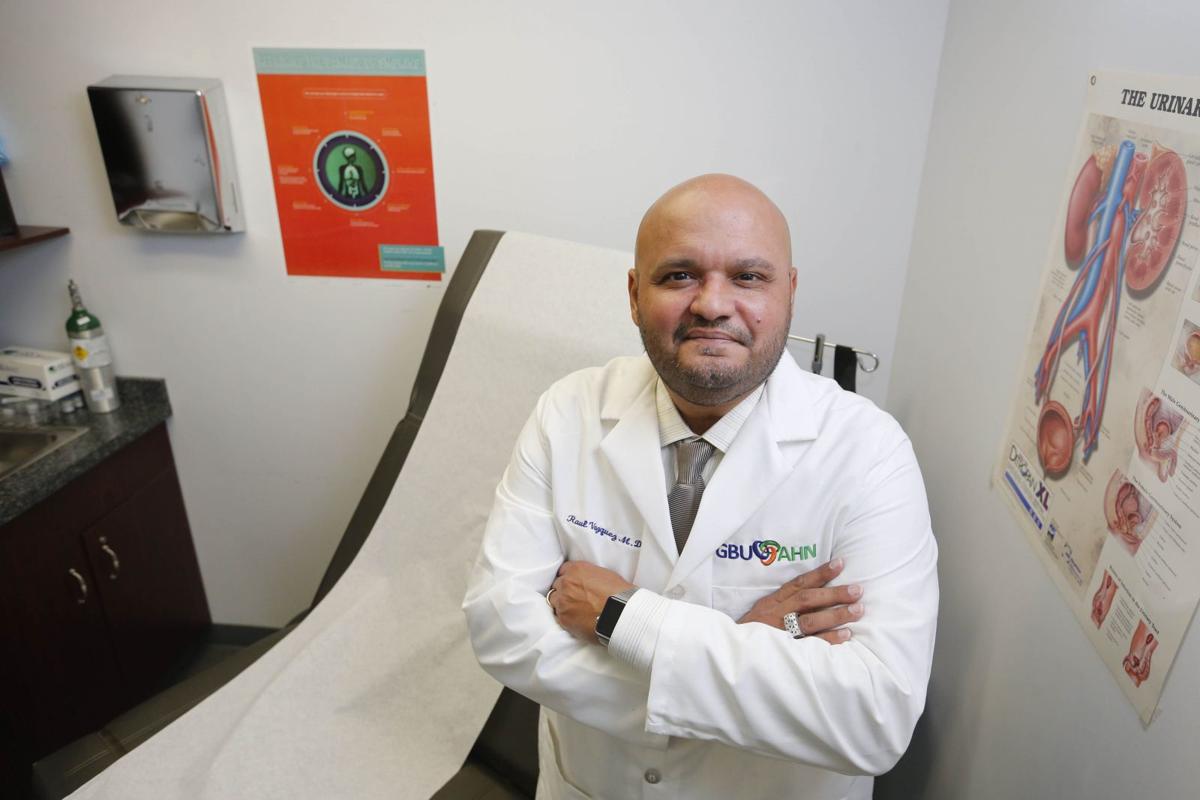 Dr. Raul Vazquez says Buffalo Niagara needs a community-based approach to fight the novel coronavirus and reach people who might not have primary care doctors. But experts like him have yet to be brought into the planning discussions. (Derek Gee/News file photo) 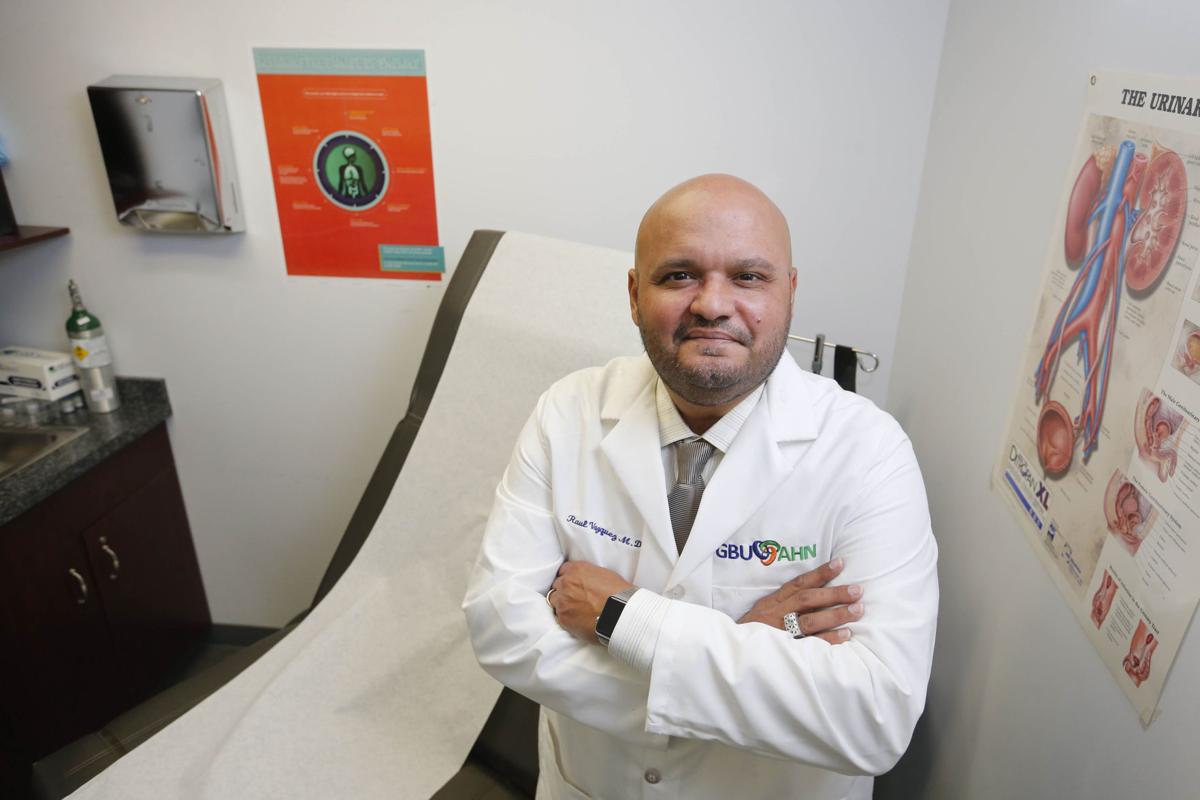 "This virus does not discriminate ... (it’s an) equal-opportunity virus that can affect anyone of any age, of any race, from any ZIP code."– Dr. Ngozi Ezike, director of the Illinois Department of Public Health

While the point he was making – that everyone should follow social distancing and other precautions – is certainly valid, the idea that the novel coronavirus is colorblind is no more true than is the notion that American society is colorblind.

In fact, many of the same health disparities that disproportionately affect African Americans are the very same health conditions that make a person more susceptible to severe illness from Covid-19.

Yet very few people are talking about that, or what we should be doing about it. And the ones who are talking aren’t being heard.

"We’d like to help," said the Rev. George Nicholas, chairman of the African American Health Equity Task Force. Yet he says no one has contacted the task force, which formed in 2014 to address health disparities. So the group, along with the Buffalo Center for Health Equity and others, is preparing a news release to put the issue on the table.

That’s par for the course. It’s routine around here for policymakers and elected leaders to hatch plans to address community concerns without involving the ground-level experts within those communities.

But this issue is different; this is life and death.

"We can’t go down that road on this one," said Nicholas, pastor of Lincoln Memorial United Methodist Church.

While the susceptibility of the elderly to the novel coronavirus is well-known, the federal Centers for Disease Control and Prevention have identified a host of other health indicators that also make others susceptible to its most severe effects. Those potential victims include:

• People with moderate to severe asthma.

• Those with underlying health conditions like diabetes or liver disease.

Not by coincidence, but by decades of social policy that influence health, those are some of the same afflictions that strike African Americans at disproportionate rates, compared to whites. According to an early draft of a public statement being prepared by the groups, blacks in Erie County:

• Have asthma at five times the rate of whites.

• Have a 50% higher rate of hospitalizations for heart disease.

• Have a 250% percent higher rate of hospitalizations for diabetes.

Put the two sets of facts together, and you have the indisputable reality that African Americans are at much higher risk for suffering the most from the novel coronavirus. Thus, as the groups note, prioritizing investment of health resources in that community will be "highly cost effective" in limiting the virus’ toll on the entire region.

But you won’t hear that reflected in the public response. Even Gov. Andrew M. Cuomo, in one of his daily briefings, reiterated that "this virus doesn’t discriminate."

Toss in the economic and educational disparities that result in many African Americans working in support services in hospitals and nursing homes and relying on public transportation – rather than being in fields that allow them to work from home – and Nicholas predicts that when testing becomes more widespread, it will reveal that large numbers of African Americans have Covid-19. But so far, the draft notes, there has been so little testing on Buffalo’s East Side that "there is little or no data upon which to rely to make strategic investments."

The Rev. Kinzer Pointer, another task force member, says another reason "testing is critical in poor communities" is to get the attention of vulnerable people who (like college kids frolicking on beaches) may not take the social distancing and isolation mandates as seriously as they should until they see test results showing people around them have Covid-19.

That community education piece is one reason black and brown medical professions and grassroots leaders working in the neighborhoods need to be at the table when response plans are being drafted.

Dr. Raul Vazquez, founder of Urban Family Practice with offices on Niagara Street and Jefferson Avenue, points to the need for a community-based approach rather than a hospital-based approach to reach people who may not have primary care doctors or the highest levels of health literacy. Vazquez, who expected to get some tests this week, said he’s been talking for weeks about the lack of protective gear and tests in the communities he serves.

"We’re not trying to take anything from anyone, but let’s do this equitably," said Pointer, pastor at Agape Fellowship Baptist Church.

Pointer said two members of other large black congregations – both of whom had underlying respiratory issues like those the CDC warned about – recently died after contracting Covid-19. The task force knows testing is an issue not just here, but nationally. But it wants to make sure the community is "intentional" in its use of tests once more of them become available.

Their recommendations range from making sure providers and experts like those on the task force are at the table when plans are formulated, to ensuring that resources are distributed fairly, to finding ways to better communicate the necessity of measures like proper hand-washing and social distancing when trying to reach populations whose trust in traditional institutions is not – for good reason – always the highest.

"There have to be some plans in place to deal with this vulnerable community," Nicholas said.

Of course, some people will not want to hear this.

When things are going good and most of America is humming along, they will say it’s not the time to bring up sensitive issues like race.

When things are going bad and everyone needs to pull together, they will say it’s not the time to bring up sensitive issues like race.

Which raises the question: When is the time to bring up race?

For those people, I think I know the answer.

For everyone else, we can take a lesson from the Trump administration’s early efforts to downplay concern about the virus, calling it Democrats’ "new hoax." Those efforts cost the U.S. valuable time in mobilizing a response, and they show the perils of trying to ignore reality.

Until groups like the task force made us take notice, we long ignored the fact that the vestiges of racism could make you sick.

We can’t ignore the fact that now they can kill you.

Dr. Raul Vazquez says Buffalo Niagara needs a community-based approach to fight the novel coronavirus and reach people who might not have primary care doctors. But experts like him have yet to be brought into the planning discussions. (Derek Gee/News file photo)