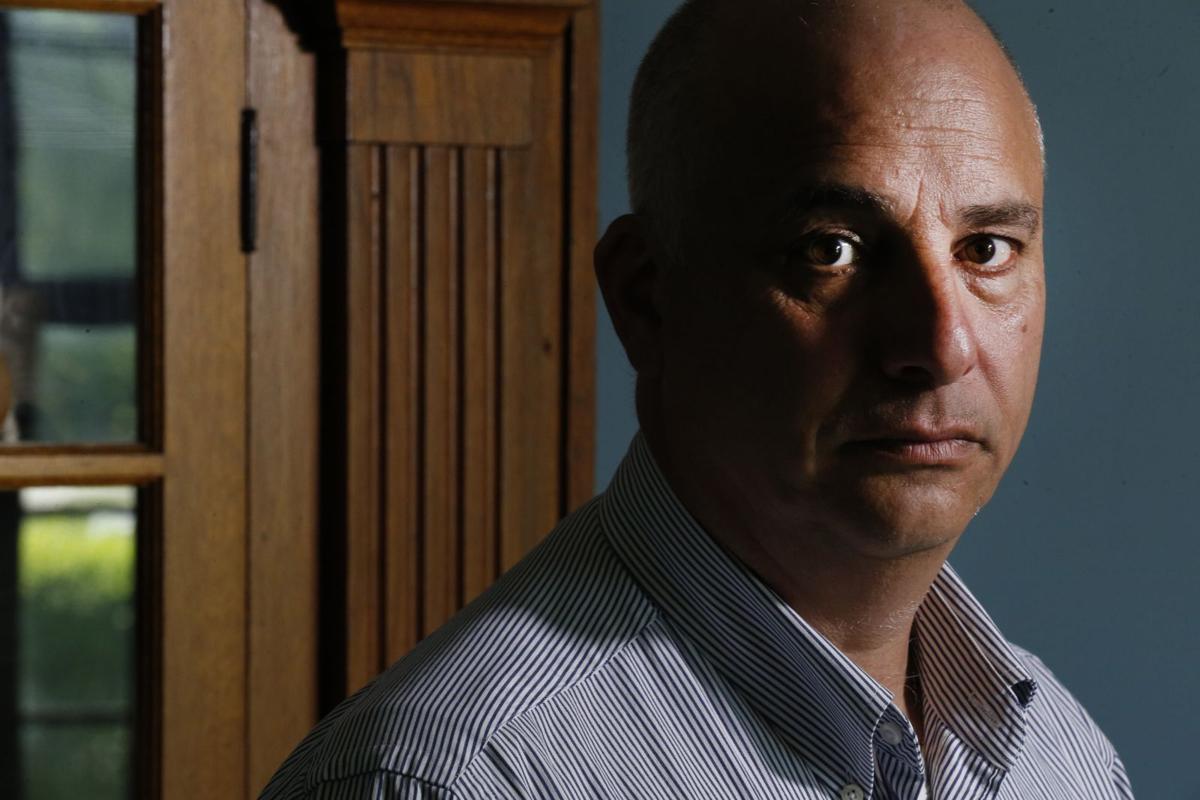 "I honestly don’t believe this is going to change anything, whether (Malone) is here or not," says John Polvino. (Robert Kirkham/Buffalo News) 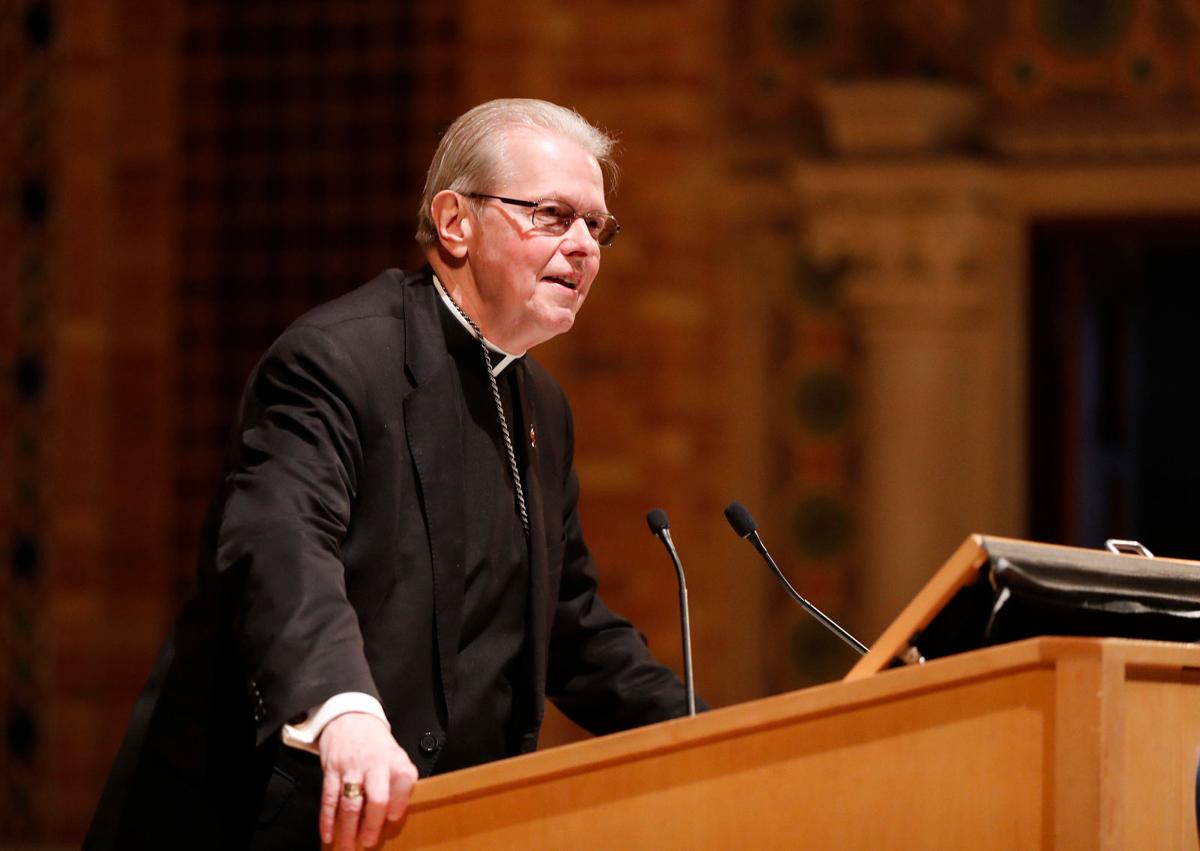 Bishop Edward Scharfenberger, apostolic administrator of the Diocese of Buffalo and bishop of Albany speaks to a gathering of catholics from the Movement to Restore Trust at Canisius College’s Montante Cultural Center in Buffalo Saturday, December 7, 2019. (Mark Mulville/Buffalo News)

The news that Bishop Richard J. Malone resigned as leader of the Catholic Diocese of Buffalo, with Albany Bishop Edward B. Scharfenberger becoming the diocese's temporary administrator, meant almost nothing to John A. Polvino.

About 18 months ago, Polvino publicly accused the Rev. Donald W. Becker of molesting him in 1975 when he was 13. Polvino became a vocal critic of how diocese leaders handled abuse cases, but he was so infuriated by the situation that he stopped paying any attention to them.

“I’ve had to, for my own safe mental health,” he said. “The new guy, quite frankly, I wasn’t even interested enough to read about. I honestly don’t believe this is going to change anything, whether (Malone) is here or not.”

Polvino no longer considers himself Catholic. He and his wife have started looking for a non-Catholic church in the area.

Survivors of clergy sexual abuse described Malone’s departure as necessary and long overdue, but few expect Scharfenberger to bring the kind of changes they believe would help bridge an ever-widening gulf with abuse victims.

“I hope people don’t think the problem is just going to go away because Bishop Malone is out of here,” said Kevin Koscielniak, who has a lawsuit accusing the Rev. James Burson of molesting him in 1979.

Koscielniak, 55, said Malone’s resignation will mean nothing if the new diocese leader doesn’t implement concrete reforms to unveil the full extent of clergy sexual abuse in the diocese and hold accountable other administrators who may have concealed abuses and shuffled molester priests.

Koscielniak said if Scharfenberger wants to be transparent, open and honest, he needs to start releasing secret files on abusive priests.

He also must update the diocese’s list of accused priests to include all priests accused of abuse, dead or alive, said Koscielniak.

Victims and their advocates have criticized the policy under Malone to exclude dead priests with a single allegation of abuse.

Scharfenberger said during his news conference Wednesday that he was open to updating the list and adding more information.

“Anything that I can possibly do to help victims in order to have the information they need, I will do,” he said. “And if it means clarifying our lists, putting names up, putting out more information, whatever can be done in a way that’s transparent and responsible, absolutely.”

With regard specifically to the personnel files of abusive priests, Scharfenberger hedged a bit: “Whatever can be done within the scope of canon law, is basically what I would say.”

Scharfenberger, 71, has not publicly released priest personnel files in the Albany Diocese, where he has been bishop since 2014, and the list of offending priests put out by the Albany Diocese is not any more comprehensive than the one from the Buffalo Diocese.

But some other dioceses and archdioceses have released more information to answer victims, many of who want a better understanding of how and why abusive priests were allowed to molest minors.

The Archdiocese of Milwaukee, for example, maintains on its website a list of 48 “restricted priests” that includes each priest’s assignments, a summary of what he was accused of, and links to a trove of diocese documents related to the abuse - including letters to and from diocese officials.

Koscielniak said Scharfenberger also needs to cleanse the chancery of administrators who advised Malone to withhold information or to protect priests over abuse victims.

“If you think you’re going to try to smooth over and put a couple new processes in based on what was done before, you’re wrong,” said Koscielniak. “It means a clean sweep. Then you start building things up. Then I think people will start to feel trust.”

Harry King agreed that allowing victims to view the secret files of their perpetrator priests would be a good starting point.

But like Polvino, King, 56, isn’t sure there’s anything the church can do now to restore his trust.

And he is skeptical Scharfenberger will be an improvement.

“He’s the same age as Malone. He’s been part of a corrupt organization for 50 years. I can’t see that he’s going to do anything different other than being a different face to blame. Nothing is going to change,” said King, who accused Becker of raping him when he was 13. “I would love to be proven wrong. I would love it for this man to come in and say, ‘You know what, here’s all our files on all our priests.’ ”

King said he left the church a long time ago and doesn’t see himself returning, no matter who is in charge.

“Malone really was the nail in the coffin” that drove her out of the Catholic church and into a Unitarian Universalist church, said Fossler, who filed a lawsuit accusing Monsignor John M. Ryan of repeatedly abusing her in the late 1950s, starting when she was 6.

Fossler described Scharfenberger as a charming, articulate and intelligent man who seemed sincere in his news conference.

But, she added, “You can’t just be nice and sincere at this point. That ship has sailed.”

She also said that if Scharfenberger wants to help abuse survivors, he might not be able to get very far with any reforms because the worldwide Catholic Church has a systemic problem and has yet to figure out how to deal with its abuse issues.

“The church is supposedly moving ahead and yet one of the dioceses in New York is suing to get rid of this whole (Child Victims) Act,” said Fossler. “To me that’s kind of the essence of what the theme is at this point. When you’ve been reading stuff for over 20 years and you’re still seeing some of the same inconsistencies, it’s difficult to believe what they’re saying.”

Fossler urged Scharfenberger to get a copy of a report by Brooklyn Bishop Nicholas DiMarzio, who investigated the turmoil in the Buffalo Diocese at the behest of the Vatican and wrote up his findings.

“Read it and tell us what’s in there,” she said.

She also said the new Buffalo leader should get the records on the involvement of past administrators in the handling of abusive priests, including current Auxiliary Bishop Edward M. Grosz.

“And then reveal them to the people. That’s what transparency is,” she said. “Those are very concrete things. And they can say, ‘Yes, we will do it, or no we’re not going to. But otherwise it’s just a lot of words with no actions.”

"I honestly don’t believe this is going to change anything, whether (Malone) is here or not," says John Polvino. (Robert Kirkham/Buffalo News)

Bishop Edward Scharfenberger, apostolic administrator of the Diocese of Buffalo and bishop of Albany speaks to a gathering of catholics from the Movement to Restore Trust at Canisius College’s Montante Cultural Center in Buffalo Saturday, December 7, 2019. (Mark Mulville/Buffalo News)