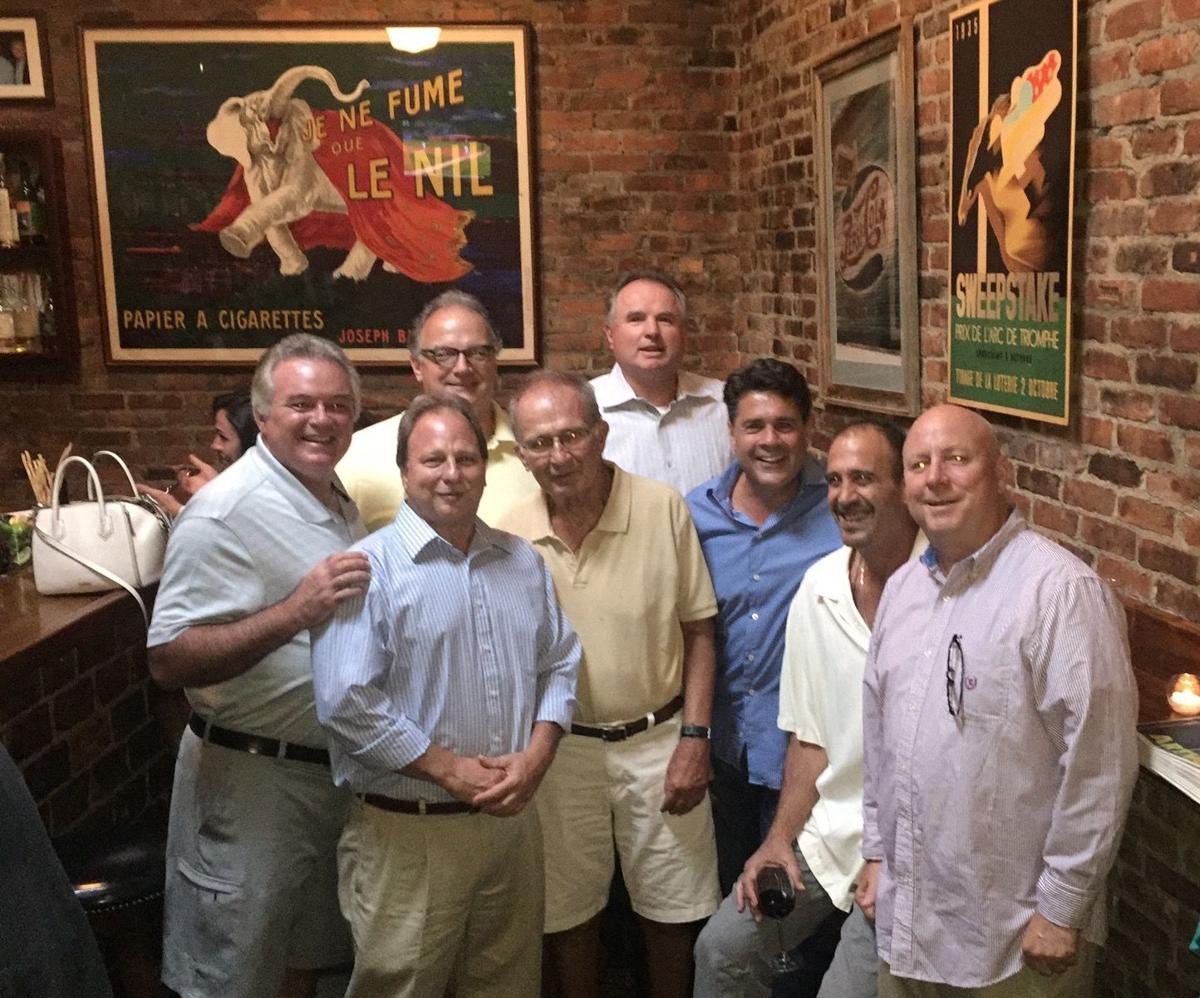 A Buffalo man’s vivid account of being sexually assaulted as an 8-year-old boy sounded like a scene out of a twisted horror movie.

The man, now 44, complained last year to the Catholic Diocese of Buffalo that the Rev. Roy Herberger more than three decades ago took him to a Lackawanna home, tied him up, poured oil on his back and then raped him, as another priest videotaped the abuse.

Herberger, despite vehemently denying any wrongdoing, was suspended from priestly ministry, and the diocese hired attorney Scott F. Riordan to investigate the claims.

Riordan, who spent six months on the case, found glaring inconsistencies in the man’s story. In his investigative report, Riordan determined that the abuse allegations against Herberger were “completely false.”

Bishop Richard J. Malone returned Herberger, 77, to active ministry based on Riordan's findings. Still, the allegations against the priest persist. His accuser filed a lawsuit against the diocese on Aug. 14 under the Child Victims Act, which provides a one-year window for filing decades-old child sex abuse claims. Supporters of the Child Victims Act say it gives an opportunity for justice to individuals who were victimized as children but remained silent for decades out of fear and shame.

But the new law also has raised the possibility that some priests, educators and others will be publicly accused of despicable crimes they didn’t commit.

“How do you defend a client against an accusation that supposedly happened 50 years ago?” asked attorney Michael S. Taheri. “These cases are difficult to defend, and also difficult to prove, because you’re talking about events from so long ago, with no witnesses on either side."

Taheri represents some local priests who have been accused of abuse. He acknowledged that there have been serious problems with molester priests in the Buffalo Diocese, which faces about 90 percent of the local lawsuits filed so far under the CVA.

But Taheri and other attorneys also said some good priests will be tarnished by false accusations they can’t disprove.

If Child Victims Act cases against the Buffalo Diocese proceed as they did against dioceses in other states that enacted window legislation, few will get to trial.

Attorney Rodney O. Personius, who also represents accused priests, predicted many cases either will be settled out of court before reaching the trial or dismissed because of legal questions. Insurance companies will decide to settle many cases out of court, with some payment to the accuser, and the person accused of abuse in the lawsuit – even if they swear they are innocent – will have little or no influence over those decisions, Personius said.

“An insurance company decides to settle based on an economic analysis, including the cost of litigation,” Personius said. “The decision has nothing to do with justice.”

Priests across the country have been victimized by "rampant" false claims that they molested children, said David F. Pierre Jr., a Catholic from Massachusetts who has written three books and runs a website on the topic.

Pierre alleges that some lawyers have turned the art of filing false lawsuits against priests into a highly profitable “industry.”

“The Latest Ticket to Riches: Suing a Priest” is the headline on one recent article published on his site, TheMediaReport.com.

Pierre said there have been high-profile cases throughout the country in which priests have been falsely accused. He cited an incident in 1993, when a man filed a federal lawsuit accusing Cardinal Joseph Bernardin of Chicago of sexually abusing him in the 1970s. The man said hypnosis helped him remember abuse from 20 years earlier.

Three months later, the accuser withdrew those charges, saying that his memories were “unreliable.” At the accuser’s request, a judge dismissed the case against Bernardin, who died three years later.

Bernardin said the lawsuit caused him to be “publicly humiliated before the world” for something he never did.

The possibility of false accusations concerns many priests and parishioners, including some who have been critical of church leaders for keeping known abusers in ministry.

"Among the priests I talk to, there is a feeling that some of those who have been accused may very well be innocent," said Monsignor Thomas F. Maloney, 76, a retired pastor who serves at St. Gregory the Great Church in Amherst.

"But the incidents alleged in these lawsuits happened so many years ago, some of them 50 or 60 years ago. Could some of these accusations be cases of mistaken identity?" Maloney said.

National studies, including those done by the U.S. Conference of Catholic Bishops, show that people rarely make up allegations of child abuse against priests or others.

Two to 8 percent of sexual assault allegations are false reports, according to research by Rape, Abuse & Incest National Network, a national nonprofit organization.

Marci A. Hamilton, law professor at the University of Pennsylvania and expert on the effects of child sexual abuse, founded and runs Child USA, a national think tank and child advocacy organization.

Hamilton said window legislation that allowed child sex abuse claims from decades ago to be filed in other states did not lead to a rash of false accusations in those states.

“False claims are just not part of it. People don’t line up to say that they were sexually assaulted by their uncle every weekend as a child in order to get money,” said Hamilton. “We just haven’t seen false claims. In fact, what we’ve seen is many victims don’t sue.”

Gary Astridge, 62, of Grand Island, filed a Child Victims Act lawsuit against the Buffalo Diocese and other Catholic organizations, alleging that he was raped and molested dozens of times by the late Rev. Edward Townsend, a former Cardinal Dougherty High School teacher. Astridge alleges that the abuse began in the 1960s, when he was 7 years old.

Astridge said he believes it is possible that a few people made false claims against priests, but he strongly disagrees with Pierre’s claim that the problem of fake allegations is rampant. There are many easier and more dependable ways for people to make money, he said.

“This whole process of filing a lawsuit has been very emotional," Astridge said. "The process could take many years. The diocese could file bankruptcy, and there is no guarantee that I or any of the victims will get even one penny.”

And if his case ever does go to trial, Astridge said, he will wind up in front of a jury, telling strangers the deepest and darkest secrets of his troubled childhood.

“Believe me, I thought long and hard about that before deciding to go forward with my lawsuit,” Astridge said. "That will not be easy."

In 2018, the Buffalo Diocese hired Riordan to investigate allegations of child sexual abuse against nine priests. In seven of the cases, Riordan found evidence to substantiate the accusations against the priests. Riordan also determined that claims against two priests, Herberger and the Rev. Dennis Riter, could not be substantiated.

In Herberger’s case, Riordan noted several inconsistencies in the accuser’s story, according to a copy of Riordan’s report obtained by The Buffalo News.

When the man reported the alleged abuse to the diocese in 2018, he said he was a student at St. Ann School in the mid-1980s, but Riordan couldn’t find any record of him there.

The man said the priest abused him 10 times in a room inside the St. Ann rectory. But St. Ann parish was run by the Jesuit order, and Herberger, a Buffalo diocese priest, would not have had a room there or a key to the rectory. Herberger was assigned to Our Lady of Lourdes and St. Boniface parishes, not St. Ann, at the time of the alleged abuse.

The accuser also insisted much of the alleged abuse happened at the priest’s home in Lackawanna.

But Herberger never owned or rented a home in Lackawanna. Riordan did track down a Lackawanna house that Herberger had been associated with, because the priest was granted power of attorney for a parishioner who owned the home. The house in 2018 matched how the accuser described it, with beige siding and a white picket fence. But photographs of the house from the 1980s, when the accuser alleged he was brought there by Herberger, showed an exterior painted in multiple colors and no fence. The beige siding and white fence weren’t installed until the late 1990s. The man described being in a blue bedroom room filled with a porcelain doll collection during the abuse. The family of the parishioner who had owned the home also submitted affidavits saying Herberger never had a key to the house and the home didn’t have a bedroom painted in blue, nor a porcelain doll collection.

Attorney Stuart S. Mermelstein of the Herman Law firm represents the man alleging Herberger abused him. Mermelstein said his client was devastated when he went to the diocese seeking help to further his healing, and they responded by rejecting his claim.

“Our client has explained how he came in contact with Father Herberger, and the circumstances," Mermelstein said. "It’s our position and our belief that those statements our client has made are credible, and it’s not unusual at all to have a perpetrator deny acts of sexual abuse, particularly those that happened many years ago and are in a he-said, she-said, or, in this instance, he-said, he-said framework. And we just think it’s wrong to simply impose a high standard of burden for a victim coming forward in making an allegation.”