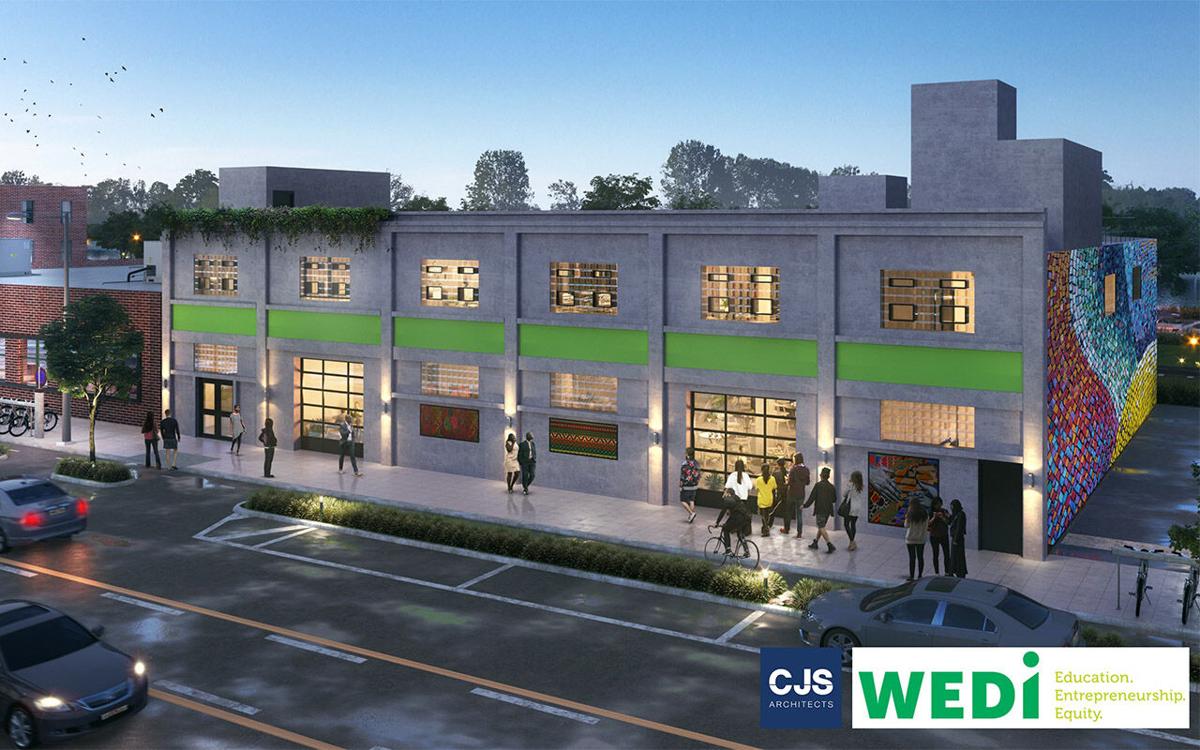 This is an early rendering of the West Side Bazaar, subject to change, that was shared during a public meeting Wednesday. The food and retail business, which helps immigrant and refugee businesses get a start, is moving from Grant Street to a new home at 1432 Niagara St. Groundbreaking is expected to begin this summer, with the repurposed building opening in late fall 2022. 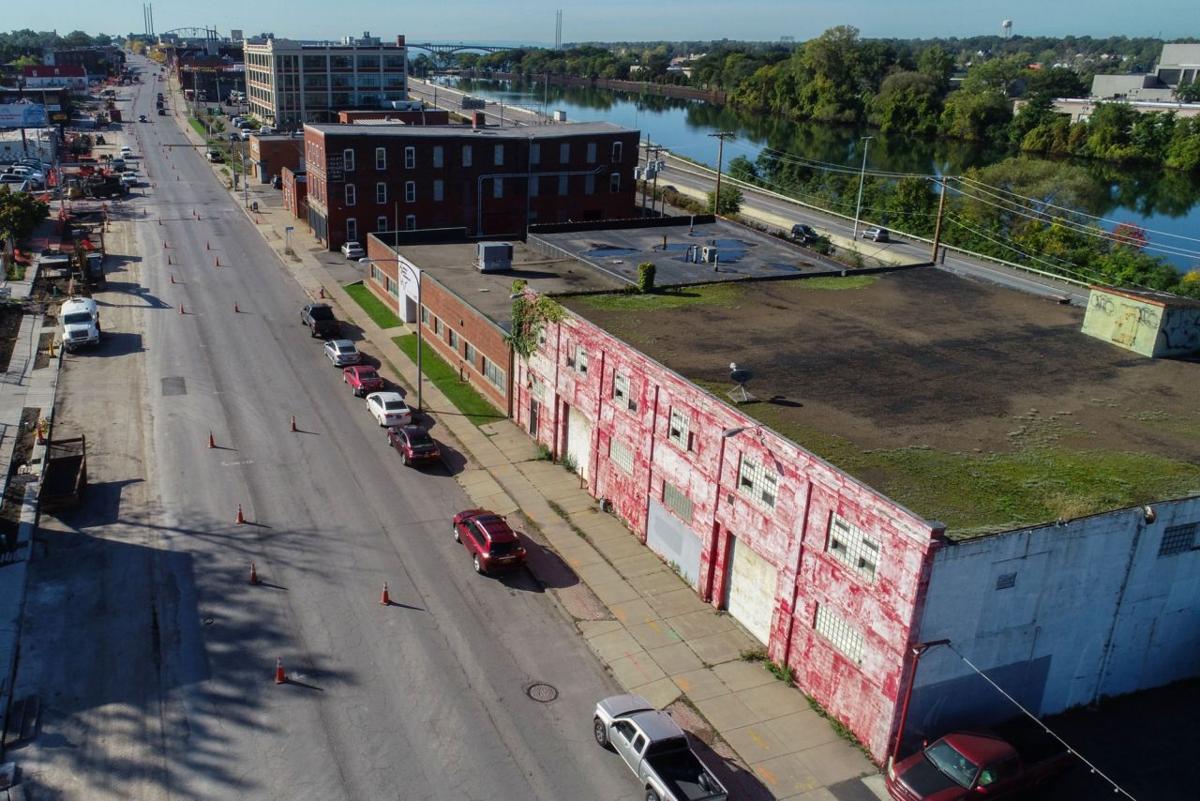 Covid-19 set back by a year the West Side Bazaar's plans to move to a new home on Niagara Street.

Now the business with immigrant- and refugee-run restaurants and retail booths is getting back on track.

The popular food-business incubator, on Grant Street since 2011, will move its operations to Niagara Street in

With some luck, the nonprofit organization hopes to break ground this summer on the new West Side Bazaar building and open in late fall 2022. Architectural renderings were shown at an open house Wednesday evening and officials discussed proposed improvements at the new location and sought feedback.

"We're really excited about the project and are moving everything we can to move it forward," said Carolynn Welch, executive director of Westminster Economic Development Initiative, also known as WEDI.

"But there is obviously some time between now and completion," she said, “so nothing is really set in stone yet."

The Grant Street Bazaar has potential as a wide-reaching destination thanks to its variety of cuisines and stirring backstories. And, given their precarious nature, these new businesses have incentive to churn out consistent, quality fare. Sudanese, Somali and Pakistani are among those

The food and retail business, which helps immigrant and refugee businesses get a start, is moving from Grant Street to a new home at 1432 Niagara St.

A rendering showed a two-story building with lots of windows and color, including a mural on a side wall, though the concept could still change.

Plans call for doubling the number of restaurants to eight, up from four at the Grant Street location. The floor space, which will include retail vendors, will go from 3,200 square feet to 9,000 square feet.

The new space, being designed by CJS Architects, will offer more storage room for retailers' stock and goods, plus more seating space for diners, with occupancy rising from 50 to 82.

There will also be more opportunities for entrepreneurs to move into the West Side Bazaar. There are currently 40 on the waiting list, Welch said.

The 17,200-square-foot building, constructed in 1910, would enable the nine-year-old Bazaar to triple its size as it moves from its original home at 25 Grant

A second floor is expected to offer a variety of services, such as hairdressing and tax services.

The expanded space will allow for a test kitchen, community gathering space, and cooking classes and special events for adults and children.

Garage doors in the front of the building are expected to make outdoor dining and shopping possible when the weather is nice.

Welch said it's a win-win for Buffalo in other ways, too. An economic impact study WEDI commissioned found that a new West Side Bazaar could generate at least $34 million in Western New York over five years.

The vacant cherry-red building was built in 1920, when it opened as the Bison City Storage & Transfer Co. Later, it was home to a meat supply business.

Welch said she's not worried about losing customers with the move from Grant, where more than 40 businesses have worked since the West Side Bazaar opened there in 2012.

Couple is excited about the comfort of their full-time space, which dodges the previous logistical obstacles and will allow them to expand their Mexican-Puerto Rican hybrid menus.

She thinks the Niagara Street location is more accessible. And she likes the recent improvements to the street and other changes occurring there.

"I am really excited about what's happening on Niagara," Welch said.

Although construction and fundraising were delayed, the West Side Bazaar weathered Covid-19, losing only two tenants. One, Kiosko Latino, moved into its own space on West Ferry Street, just around the corner.

The West Side Bazaar continues to operate carry-out only, something Welch said may continue in the new building, depending on the state of Covid-19.

This is an early rendering of the West Side Bazaar, subject to change, that was shared during a public meeting Wednesday. The food and retail business, which helps immigrant and refugee businesses get a start, is moving from Grant Street to a new home at 1432 Niagara St. Groundbreaking is expected to begin this summer, with the repurposed building opening in late fall 2022.