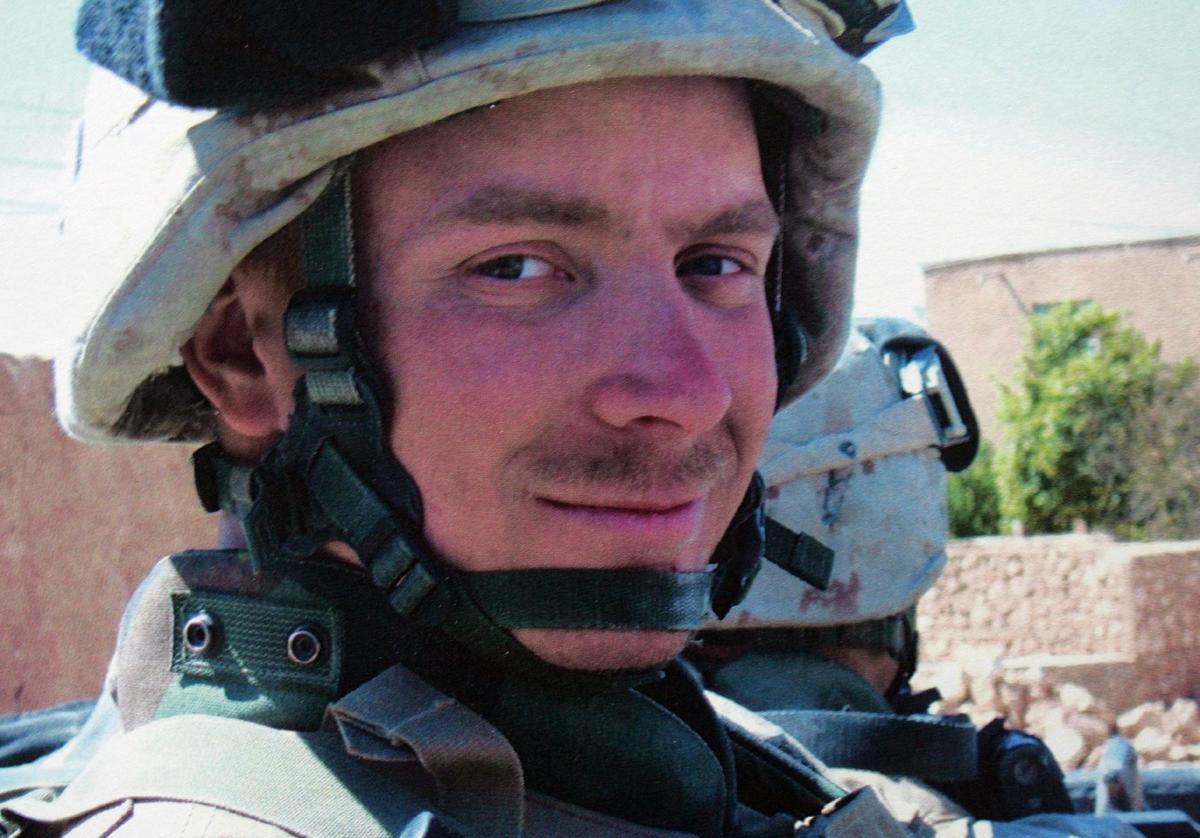 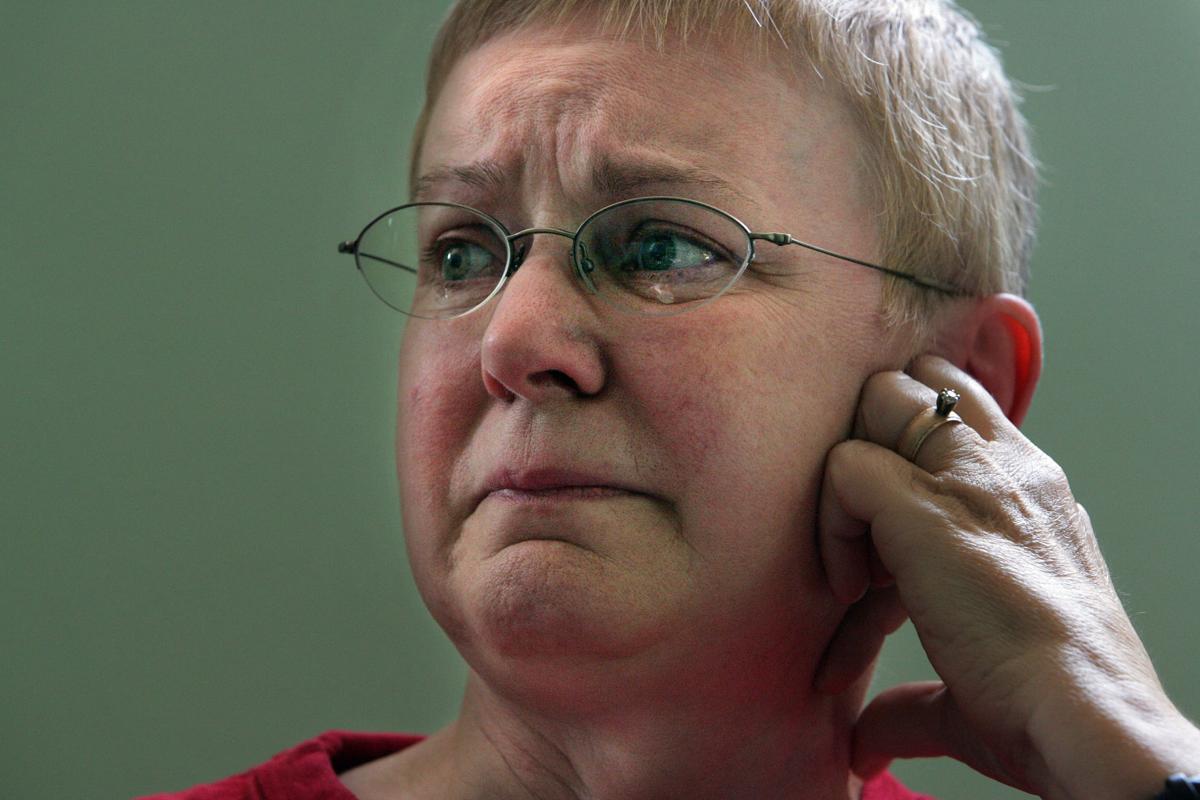 Little Augie didn't seem to want to be born.

Today, his parents are comforting themselves with the thin, bitter consolation that when he died Aug. 3 in Iraq, it was instant.

But on that day 23 years ago, Augie was taking his time. We'd been in the birthing suite in the Columbus, Ohio, hospital since early morning. Rosemary Palmer and her husband, Paul Schroeder, were friends and neighbors. I was there to look after little Amanda, 5, during Rosemary's labor.

When they called early on the morning of April 9, 1982, they were delighted, since a baby born on that day would share grandfather Edward August Schroeder's birthday. I left for the hospital with a small stuffed dog for Amanda and hope that the labor would be easy and quick.

Rosemary sometimes paced, sometimes napped when the labor pains loosed their grip. Amanda and I grew bored as the hours dragged on. Around midnight, the doctor decided on a Caesarian section, and Rosemary was whisked to an upper floor, with Paul by her side.

Minutes later, I carried Amanda to the door of the operating room where little Edward August Schroeder II had just been brought into the world. Papa Paul came to the door holding a red, naked baby in a cotton blanket. "You have a little brother," he told Amanda, who gazed at the newborn dubiously.

We took a now-drowsy Amanda to our house, and as the sun rose on the quiet streets of Columbus I saw that a late spring snowfall had stacked a sparkling rind of flakes on each dark tree branch. I mused that Augie had been born on an exceptionally beautiful day. We tucked Amanda in and she slept until her proud and exhausted papa picked her up.

Augie grew into an adorable child, a sturdy toddler who was not allowed to play with toy guns. In another world, we would have watched him grow up. But his family moved to China, then to New Jersey before returning to their Ohio roots. We left Ohio for Buffalo. Through the years we heard about Amanda, who was excelling, and Augie, who became a Boy Scout, a lifeguard, an emergency medical technician.

He wanted to be a police officer and enrolled at Ohio State University to study criminal justice, but after Sept. 11, 2001, he began to think about enlisting.

We didn't know that he had joined the Marines against Rosemary's strenuous objections -- she said she "didn't raise her son to be cannon fodder." We didn't know that he told her he'd never see combat, and we don't know why he said that. But he did see combat; he was sent to Iraq. And after six Marines from Augie's Ohio unit were killed by snipers outside Haditha on Aug. 1, his mother describes her emotional state as "panic."

When she heard two days later that another 14 Marines from the same unit had died when their amphibious assault vehicle was destroyed by a roadside bomb, the panic turned to dread.

"I just began thinking this is a numbers game and there were 14 of them (killed), and the chances were just too high," she says now. So she sat down and began composing the story of her son's life. It began: "Lance Cpl. Edward August (Augie) Schroeder was all about being part of the team."

Rosemary and Paul were upstairs at their computer, "frantically searching the Internet for some news," when two Marines approached their door. Paul's sister Jeanette, who lives next door, met them. She opened the Schroeders' door and yelled for Rosemary and Paul.

Now, she says, "I'm just kind of numb. Augie never liked to call attention to himself. We wanted to have a farewell party for him when he went away around Christmas, but he said, 'You can't call it that,' so I said, 'Can we just have a holiday party, then?' so that's what we did. Everybody knew that it was Augie's farewell party, but nobody mentioned it."

Rosemary pauses for a moment, then says, "Augie was never going to be president of the United States or in the Olympics or a Rhodes scholar. He was going to live in a small town in a house with a white picket fence, and he was going to hang out at a bar just like on 'Cheers,' where everybody knew his name. But he was going to be a good solid person.

"And since this has happened, we cannot believe the number of calls we've gotten from people who have told us how much Augie meant to them and how he touched their lives."

Augie's father, Paul, has also spoken to some people mourning Augie's death, and in the process has learned a lot about his son.

"We always thought he was a quiet kid, but what we never realized is that he was a listener," he says. "We are learning how much he meant to people, and it's been amazing."

But as Augie's family learns the magnitude of the quiet young man's impact, they are also coming to grips, slowly, with their loss.

They take some small consolation from knowing that Augie's death was instant.

Many people knew Augie better than I did and so loved him more. Others who read this -- and countless thousands across the country -- have lost a son or daughter, a mother or father, husband or wife, sister or brother. I know that they suffer profound, almost unimaginable, grief and emptiness.

My connection with little Augie was brief, but it was deep.

And whenever I see a late snowfall on a spring morning, where the flakes cling in stacks to the dark branches, the bitter with the sweet, I'll think of Augie.