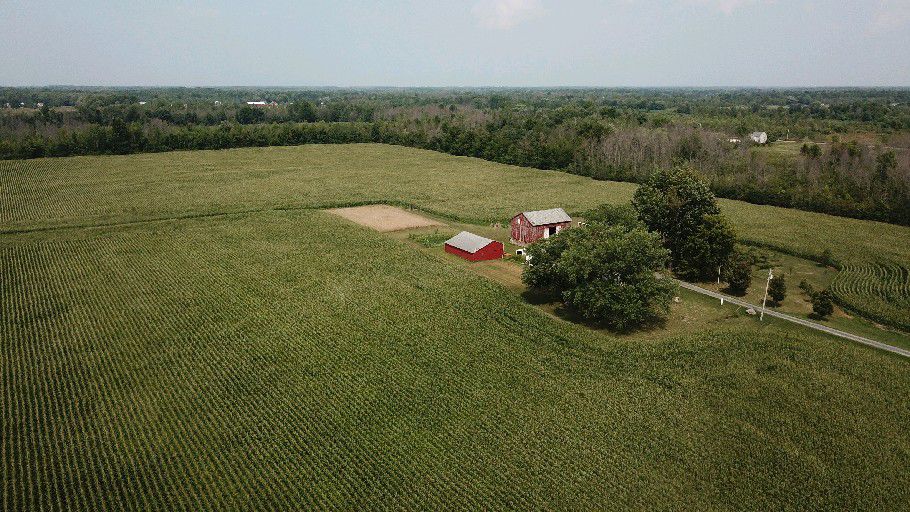 The Lewiston farm where a 5.3-megawatt solar power project was approved in September 2018. Neighbors have filed suit to try to block the project. (John Hickey/News file photo) 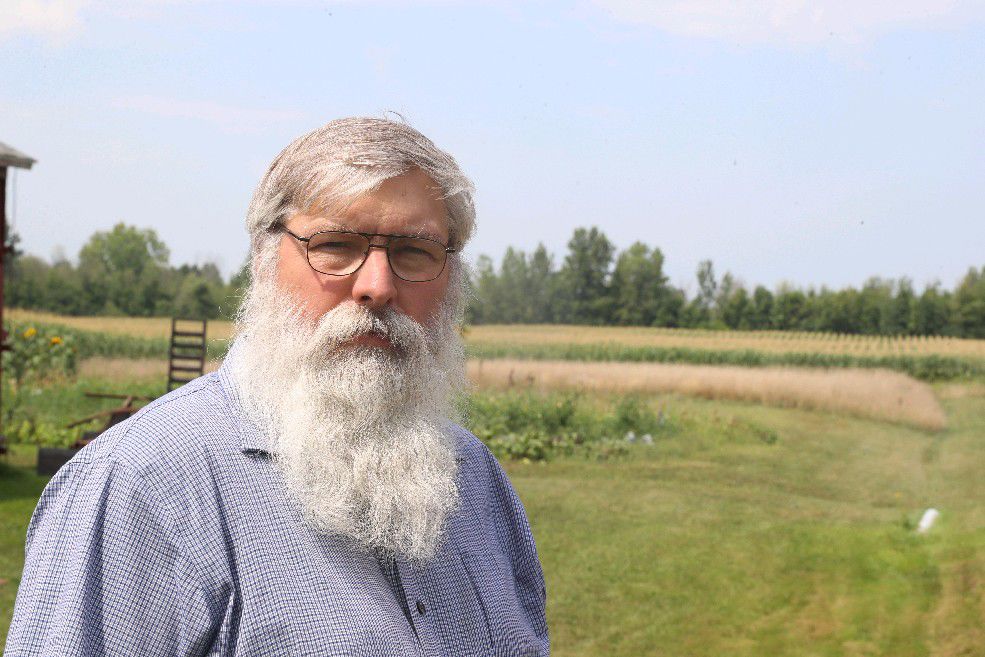 Timothy Masters has a deal to lease 16.5 acres of his farmland behind his farmhouse to a solar developer, Borregos Solar Systems. (John Hickey/Buffalo News 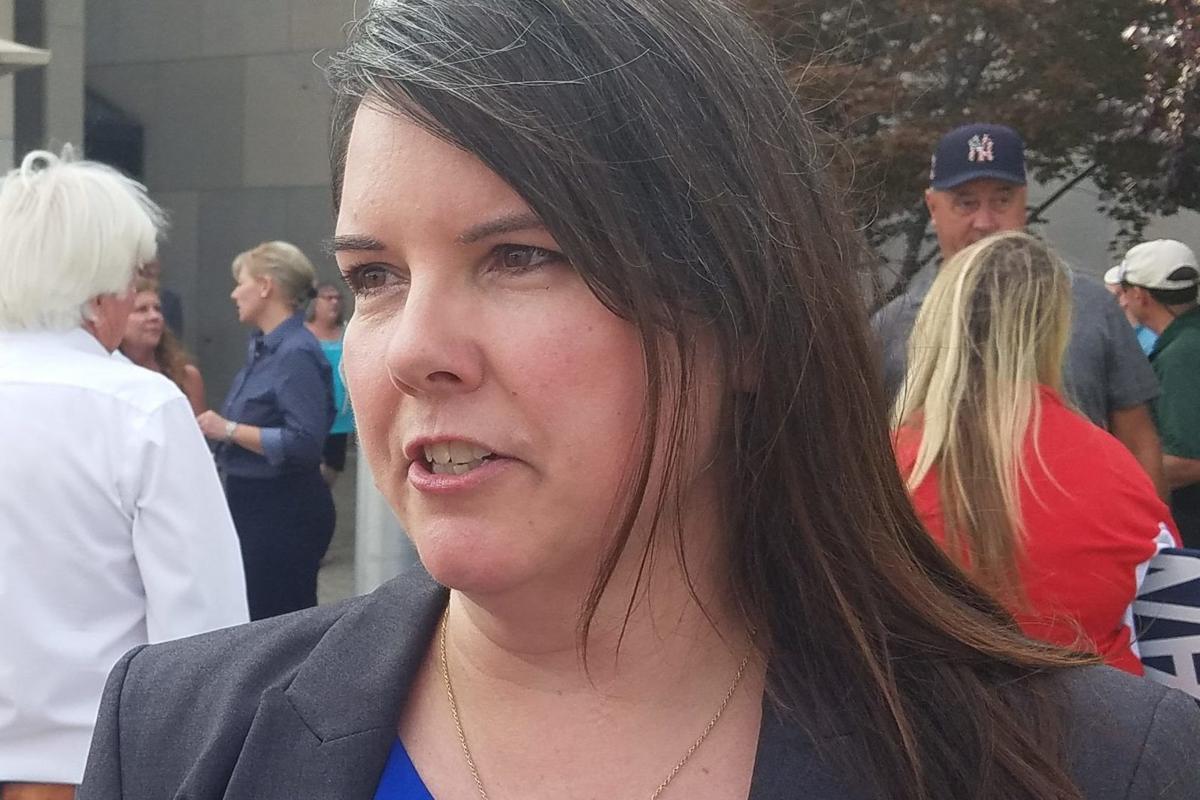 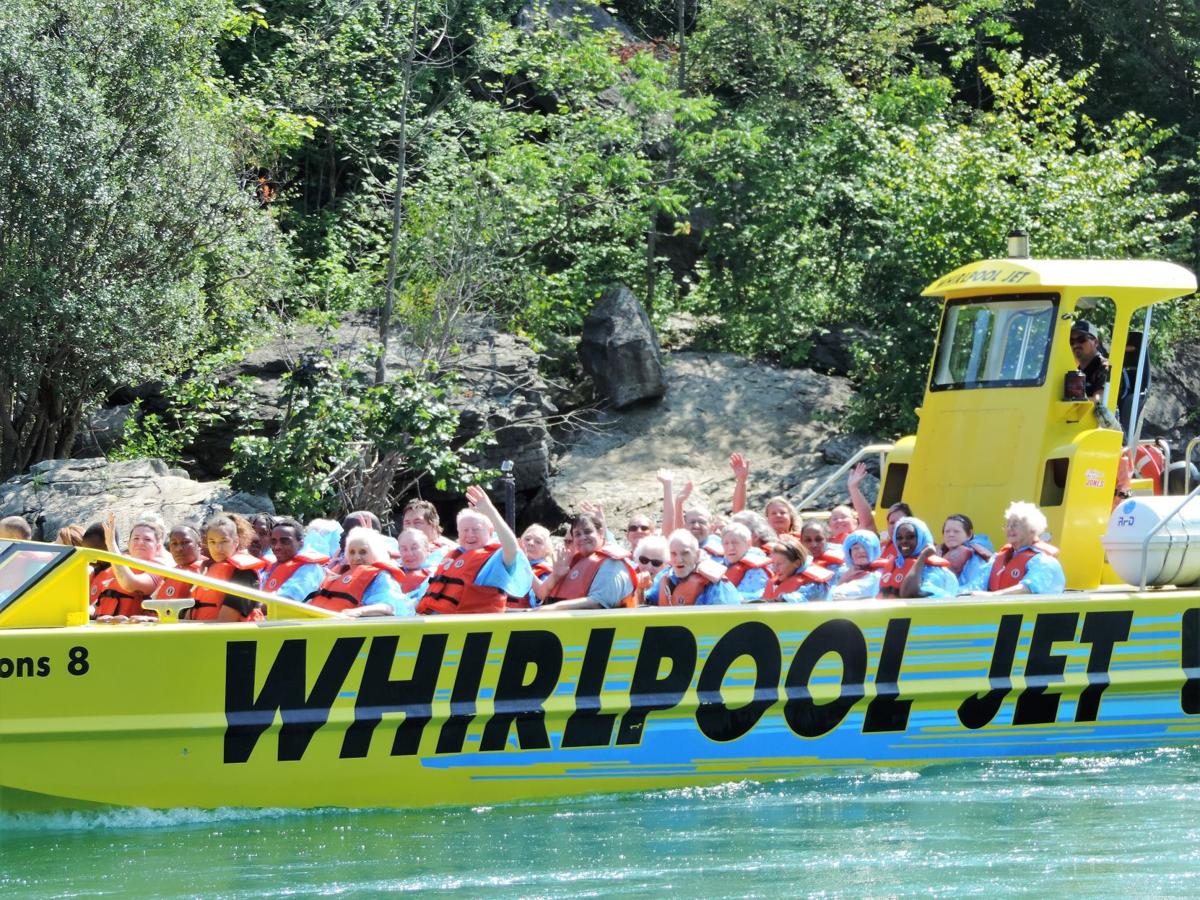 There could soon be a solar stampede in Niagara County, as landowners get ready to mix crops with solar panels.

Scouts for solar companies have crisscrossed the county's flat, open land looking for good spots to put up solar farms, and they found owners willing to lease them land.

"We got a choice: plant corn and lose $300 an acre or do nothing and get $1,500 an acre," said Joseph Ohol, a Cambria councilman and farmer whose family became involved in a solar project.

The choices the landowners make could change how the landscape looks for everyone else, and some residents worry about the effect on farmland preservation efforts and the status of right-to-farm communities.

At the moment, there are dozens of small commercial sites and rooftop solar installations in Niagara County, but the only industrial-grade site on the state's solar list for Niagara County is a 0.34-megawatt installation on the roof of the North Tonawanda Walmart.

But the prospect of far bigger solar projects looms in Niagara County's countryside.

Ohol's brother and son have leased land to Cypress Creek Renewables of Santa Monica, Calif., which has been signing up landowners in Cambria and Pendleton for its proposed 900-acre, 100-megawatt Bear Ridge Solar development.

That project would be one of the largest in the state.

But it's not the only one on Niagara County's horizon.

"In New York, we're seeing upwards of $800 to $1,000 an acre for year for a fixed 20-year lease," said Nathan Fabrick of National Land Realty. "The lease payments these properties can support are generally greater than they can get from agricultural uses."

Michael Doud, one of three New York State scouts for Borregos Solar Systems of Lowell, Mass., was driving in Wheatfield one day last November when he spotted a "For Sale" sign on a large chunk of land on Lockport Road. He called the owners, David R. Jakubaszek and his brother Dennis.

Doud's job is to find sites for large fields of solar panels, lease them and generate electricity that can be sold into the power grid.

"He felt the property, which is generally flat and generally without trees, would make a good site for a solar farm," said David Jakubaszek, a former North Tonawanda city accountant.

The Jakubaszeks applied to the town for permission to install a 30-acre, 6.3-megawatt Borregos Solar project on their land.

Like many of the properties targeted by solar companies, the Jakubaszeks' land is currently rented to others to farm. Jakubaszek said the 42-acre portion of the parcel not leased to the solar company will continue to be farmed.

"It's a family farm," he said. "My brother and I inherited the land 30 years ago from our aunt and uncle. It's been for sale for more than a decade."

Lewiston Building Inspector Timothy Masters made a deal with Borregos for a 16.5-acre, 5.3-megawatt solar farm on 40 acres of land he owns on Swann Road.

"They sent out a mailer, that company and two other companies," Masters said. "They paid more than I can get renting it to a farmer."

He'll continue to rent the land not used for power to a farmer.

"Farmers are hurting right now. This gives them something to do with their land," said Steve Long, a civil engineer with Borregos Solar.

"We try to gauge the interest," Long said. "We get towns that have solar by-laws. After going to planning board meetings, I have people come up to me and say, 'I have land." "

A question of aesthetics

Others don't like the idea, especially if it means solar farms near their homes.

In Wheatfield, Planning Board public hearings July 11 and Aug. 8 on the Jakubaszeks' project drew an entirely negative response.

Speakers voiced concerns about visual impacts of masses of solar panels, the preservation of farmland and the future of Wheatfield's status as a right-to-farm community.

Joel W. Jaffe of Lockport Road told a story about how he likes to drive along the road, admiring the rural surroundings.

"I never, ever said to myself, 'Wouldn't it be nice to rip all this out and put in solar panels?' " Jaffe said.

"Why do we continue to waste land in Niagara County?" Lehman asked.

State regulations do not consider installation of solar panels as "a permanent conversion of farmland," said Walter D. Garrow, the Planning Board chairman.

Doud said the panels are mounted on steel I-beams driven into the ground, not on concrete pads.

"There's no concrete used in that process, and the metal has a salvage value," if a site is decommissioned, he said.

Jakubaszek has said the solar panels would be 800 feet from the road.

Andrew Schlaak, who lives next to the proposed solar site, said the panels would ruin the view from his back windows.

The question of ugliness is a typical one, said Fabrick of National Land.

"Some people are turned off by the panels in the field, but today developers can generally build visual buffers," Fabrick said.

In Lewiston, Masters said his solar project will be set back 950 feet from Swann Road, with 100-foot buffer zones on three sides.

"There's almost no maintenance. Someone shows up twice a year, checks the equipment and mows the grass," Long said. "To me, it's a really good neighbor. There's really no noise from the panels. These are a great benefit to any community that has them."

The towns of Wheatfield, Pendleton and Lockport have adopted local laws restricting large commercial-grade solar projects to industrial or agricultural zones, in an effort to keep them as far away from homes as possible. Wheatfield's law also limits their size to 10 percent of a lot of more than five acres, unless the Planning Board approves an exception.

"This is our first commercial-grade solar project in the town, so we want to get it right," said Mike Klock, the Wheatfield building inspector.

State law gives all solar projects, from residential to industrial, a 15-year property tax exemption, unless a local government opts out.

Solar developers are allowed to make a payment-in-lieu-of-taxes deal with the town, said Schlaak, the Wheatfield resident at the public hearing.

"That means you and me have to make up for this," Schlaak said.

"The government of New York wants to promote solar," said Long, the Borregos Solar civil engineer. "It's incentivized in New York, so that's good for us."

There are ways developers can offer benefits to communities.

"People in the community can buy into it," Long said.

They would still pay their local utility bill, but they could receive a significant electric price discount.

National Grid spokesman Stephen F. Brady said he's seen a direct-mail solicitation from a solar company asking Niagara County residents to buy subscriptions to the output of a solar project in order to save money on their electric bills.

"I think your readers will be seeing more and more solicitations as solar becomes more prevalent in the market," Brady said.

Utilities such as National Grid are required to buy the output of a solar project of less than 5 megawatts, unless the developer makes a side deal with someone. The output from larger projects is sold to the state grid, called the New York Independent System Operator, but side deals are allowed then, too.

In the past six years, 321 commercial or industrial solar projects have been completed in New York, with another 373 "in the pipeline," according to the New York State Energy Research and Development Authority.

In Erie County, 12 commercial solar projects have been completed, but no new ones have been proposed this year.

On Grand Island, four potential sites were proposed last year for large solar projects that met with resistance from some residents.

Two of them have been approved, one on Bedell Road and another on Whitehaven Road. But nothing has been built yet, town officials said. Two others, on Bedell and Staley roads, have not been formally presented for town consideration, Grand Island officials said.

None of the Niagara County projects has been approved yet.

"Will every one of these projects get built? Absolutely not," Fabrick said. "There's risk with every project."

Long said it helps if a solar farm is near an existing electric substation. If a substation already is operating at capacity, connecting to a solar farm nearby could be a nonstarter.

"The utility tells us how much it would cost. We pay it, and they do it for us," Long said.

In Wheatfield, "they're going to be spending about $1 million on a nearby substation," said Garrow, the town's Planning Board chairman.

Masters' Lewiston site is close to a substation on Model City Road.

Developers must look into a field's environmental condition, the available utility infrastructure, and town tax and zoning provisions.

But Niagara County seems a likely destination for fields of solar panels from several companies.

"They're real, they're targeted and they're interested in bringing solar," Fabrick said.

The Lewiston Town Board will vote Monday on a revised local law requiring fields of solar panels to be located farther away from roads and homes than before.

The Lewiston farm where a 5.3-megawatt solar power project was approved in September 2018. Neighbors have filed suit to try to block the project. (John Hickey/News file photo)

Timothy Masters has a deal to lease 16.5 acres of his farmland behind his farmhouse to a solar developer, Borregos Solar Systems. (John Hickey/Buffalo News