Subscribe for $1
Read Today's E-Edition
Share This
Video: What happens when Lake Erie ice boom pontoons break loose? A 'tsunami of ice'
0 Comments
Share this
1 of 2 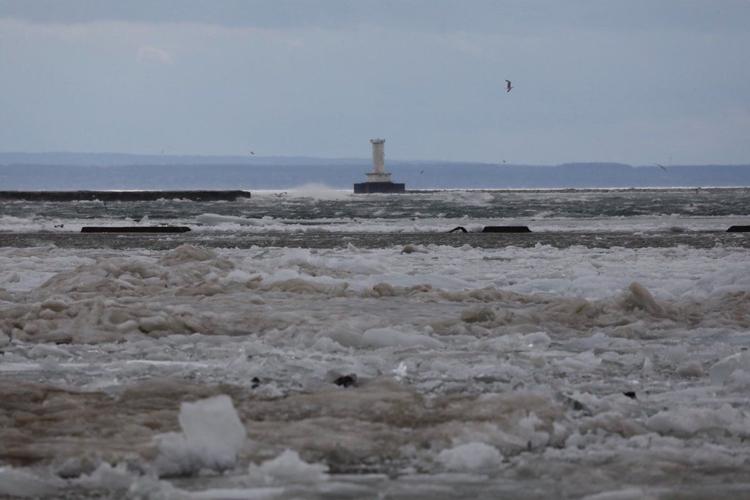 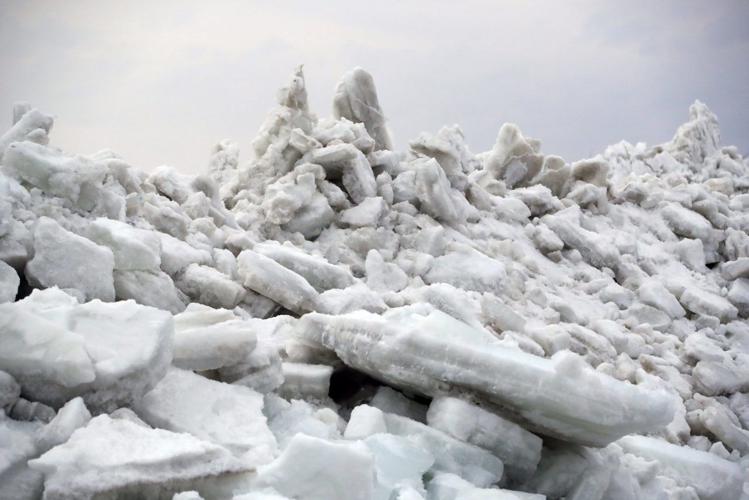 Ice builds up along the banks and homes along Hoover Road in Hamburg on Sunday, Feb. 24, 2019. (Harry Scull Jr./Buffalo News)

Support this work for $1 a month
By Dale Anderson, Stephen T. Watson

Several pontoons have broken from the Lake Erie ice boom, and one guy in Fort Erie, Ont., couldn't be happier.

A YouTube user known as "Superman" posted a must-see video Sunday night of ice from the lake surging over a wall. The user said he recorded the footage at Fort Erie's Mather Arch Park.

Erie County Executive Mark Poloncarz reported on Facebook about 6 p.m. Sunday that seven sections of the boom were allegedly seen floating in the river.

“Ice is building up along the shore,” he added, echoing what some on social media are describing as a "tsunami of ice."

The boom, a series of 22 steel pontoons, keeps ice on the lake from flowing down the Niagara River and causing damage to shoreline properties and the Niagara Power Project intakes.

"NYPA is actively monitoring the extreme weather situation in Niagara County and is responding to any operational issues as quickly as possible. NYPA had previously staged equipment to prepare for any necessary ice boom repairs and for any needed ice-breaking activity.

"The ice boom is designed to submerge during high wind and high water events, allowing ice to overtop the boom. Current flooding is not due to the ice boom. This is a wind-driven event."

The 3 minute, 40 second video shows large chunks of ice tumbling over the wall along a stretch of several hundred feet at the edge of the park. The user said he came down to the park figuring the ice would break up and rise over the wall and he hoped his timing would work out.

It's definitely worth watching, although note that in his excitement the videographer uses explicit language on a couple of occasions.

Power Authority: Even if it looks like it, ice boom isn't broken

The chilly relationship between Byron Brown and Mark Poloncarz gets frostier

Questions linger about how the city and county can work better together to improve emergency response, and save lives, when Brown and Poloncarz don't engage in serious policy discussions at a high level.'

Who killed the monsignor? Three boys discover a body in Scajaquada Creek

Day 2: The dead man's wallet was missing, but officers discovered he was Monsignor Francis J. O’Connor, 44, one of the most prominent priests in the Buffalo Catholic Diocese.

Revealed in the 56-year-old reports on the murder of Monsignor Francis J. O'Connor were shocking secrets – a priest and a diocese journalist had been suspects – and a cache of other never-before released details.

It was the early morning hours of Sept. 21 and the trafficking of illicit drugs across the border was taking a different twist: Police discovered ecstasy with a street value of $110,000 attached to a drone, according to court papers.

Russell W. Ulmer, 52, was charged with 38 counts of failure to provide proper sustenance to an animal and two counts of violating New York's disposal of dead animals law.

Who killed the monsignor? His Impala is found, and police zero in on homicide

Day 3: The possibility of suicide was soon replaced by homicide.

After groundskeepers union was broken, a business owned by family of Forest Lawn insider got the contract

Forest Lawn President Joe Dispenza and then-Superintendent of Grounds Craig Wolcott are accused of conspiring to get rid of unionized groundskeepers, members of Teamsters Local 449, through a decertification vote.

The identities of four more of the 47 people who died due to the Christmas weekend blizzard have been confirmed by The Buffalo News.

The best way to honor Hamlin would be to recognize that all of us deserve that level of care and to demand that government provide it, Watson says.

A Springville woman was charged for allegedly setting a fire at an apartment building Monday night that destroyed four units, the Erie County Sheriff's Office announced.

The Buffalo News investigates: Who killed the monsignor?

Could Earth be overdue for a supervolcano?

Could Earth be overdue for a supervolcano?

The line of royal succession explained with new baby news

The line of royal succession explained with new baby news

Ice builds up along the banks and homes along Hoover Road in Hamburg on Sunday, Feb. 24, 2019. (Harry Scull Jr./Buffalo News)