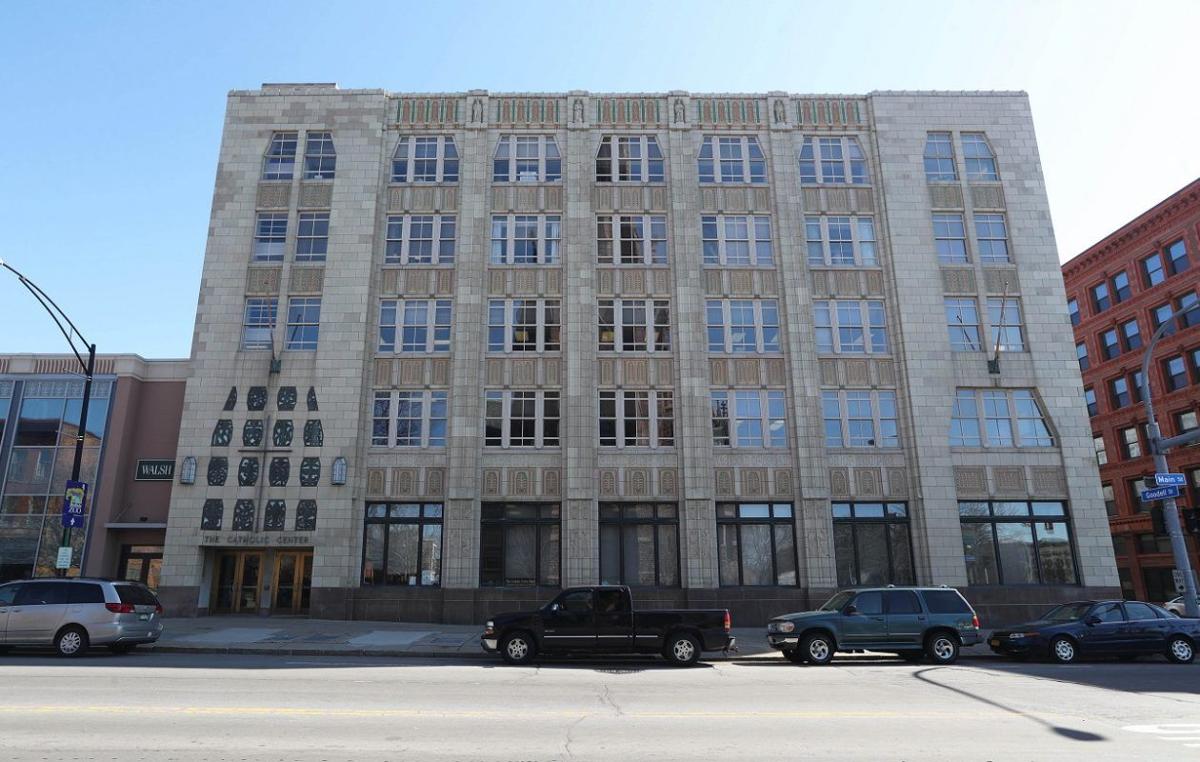 The chancery of the Buffalo Diocese. (Sharon Cantillon/News file photo) 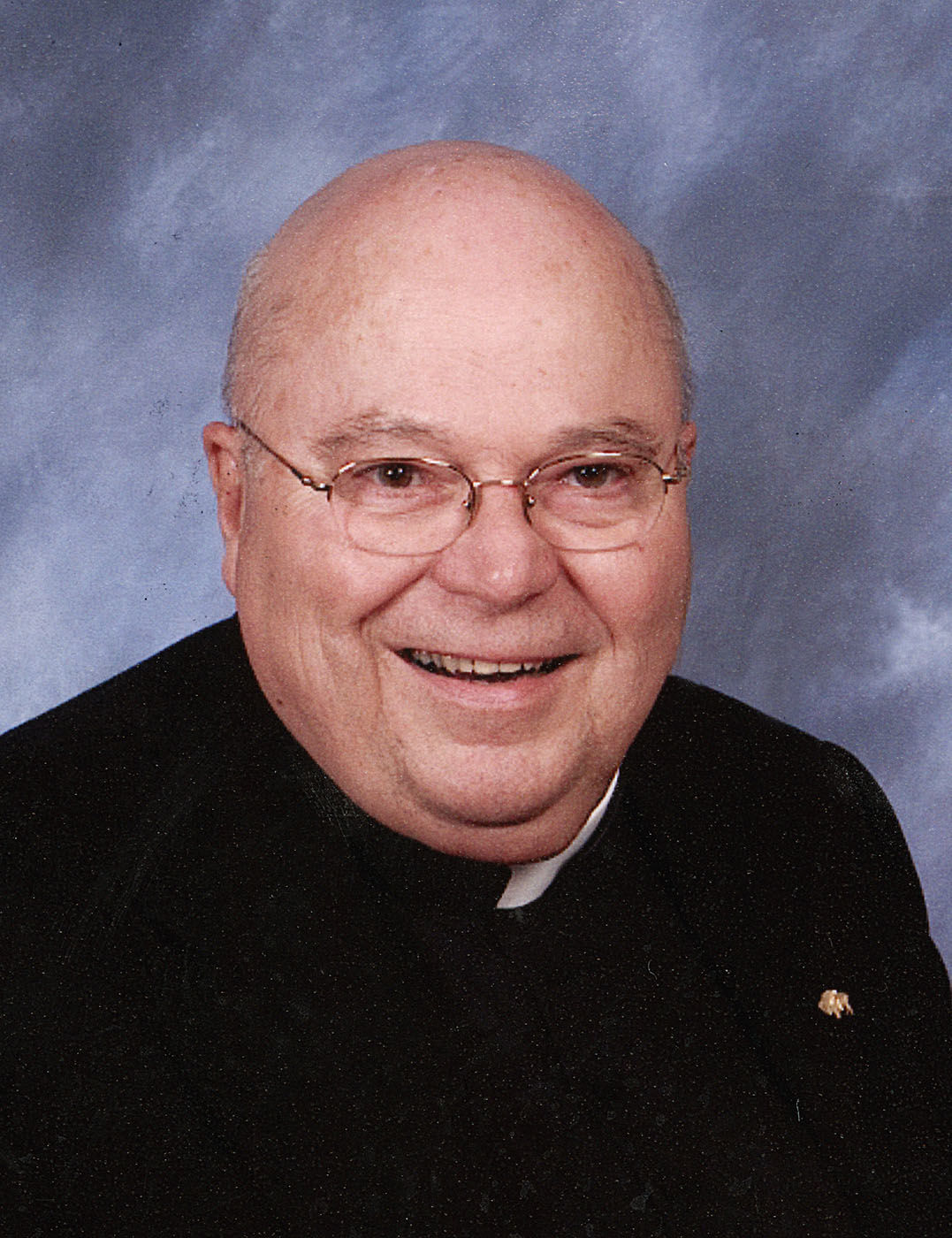 The Buffalo Diocese recently offered Sarah A. Shiley $360,000 to make amends for years of her being sexually abused by a priest.

The offer is among the largest the diocese has made so far to a sexual abuse survivor as part of its Independent Reconciliation and Compensation Program.

But Shiley said she’s undecided about whether to accept the settlement and sign away her right to sue the diocese.

More than the cash, she wants to be heard by diocese leaders she said ignored her for nearly 25 years. She wants answers about why the diocese allowed the Rev. Gerald P. Sheehan to stay in a parish for decades after Shiley’s family reported his alleged abuse.

“They’re not helping us,” said Shiley. “Money is not what the answer is."

Victims of childhood sex abuse from decades ago may get the chance to seek redress in the state court system, under proposed legislation that appears likely to become law next year.

Shiley’s lawyer, J. Michael Reck, said several of his clients are wrestling with what to do. They have 60 days from the receipt of an offer from the diocese to accept or decline.

“The potential for future action against the church is the crux issue when survivors are evaluating a decision on whether to accept an offer,” he said.

So far, the diocese has offered more than $2.2 million to about two dozen people – a fraction of the estimated 191 applicants who filed claims with the Independent Reconciliation and Compensation Program. The largest known offer of $650,000 was revealed Tuesday for a man who accused the Rev. Michael R. Freeman of aiming a gun at his head and molesting him in the 1980s.

More offers are expected in the coming weeks, although diocese officials have declined to say how many of the applicants will get awards or the total amount available for abuse victims.

Amherst attorney Steve Boyd, who represents the man offered $650,000,  said his client will “take his time” in considering the award.

“We respectfully think the full value of this case if brought to a jury would be significantly higher,” said Boyd.

Boyd said his client does not want to be identified by name. He is 49 and lives outside the Western New York area.

A lawsuit likely would result in greater disclosure of what the diocese did or didn't do as it relates to Freeman, but it also means the client would have to put his name into the public record and "there's a lot that goes with that," said Boyd.

"It's not like he's thrilled with the offer, but at the same time, it's not where he was a year ago, which was zero," said Boyd.

"You can't give them their childhoods back," he said.

Timothy J. Clark hasn’t made up his mind, either. He received a $60,000 offer earlier this month to settle his claim against the Rev. Louis J. Hendricks, who Clark said repeatedly abused him when he was a teenager in South Buffalo in the 1980s.

The offer “doesn’t feel like justice,” said Clark, who now lives in Alaska. But he also said he needs the money to help pay for mental health services and is unlikely to sue the diocese.

“Even if the Child Victims Act passes, litigation isn't a realistic option for me,” he said. “Some days, it's hard enough to leave the cabin to go to town for supplies, leaving the state to go to trial would be impossible.”

Dennis Riley plans to accept a $160,000 offer, which was more than he anticipated.

Riley, 71, flew in from Florida and met for about 30 minutes with the two retired judges administering the diocese program, Jerome Gorski and Barbara Howe. He told them about being abused by Monsignor Edward Walker when he was an altar boy at St. Joseph Church in Fredonia.

“It was a good meeting. They were very warm and open. We never talked about money,” said Riley. “Part of it was cathartic, to a certain degree.”

But Riley said the diocese was following through only on the monetary aspect of its Independent Reconciliation and Compensation Program.

Riley wants to learn more about what the diocese knew about Walker, and he has asked diocese leaders to allow him to examine Walker’s personnel file. The diocese, he said, has told him no.

“How can you possibly have a reconciliation process if you’re not telling anyone the truth?’ he said. “If they’re not going to give us documents, there’s no reconciliation.”

Another man who filed a complaint with the diocese alleging that the Rev. Joseph Friel molested him several times in a Cattaraugus County church rectory said he was offered $75,000.

The man spoke with The News on the condition that his name would not be published. He lives in the Buffalo area, works in a government job and is in his 50s.

“I don’t feel like $75,000 is fair compensation for what I went through and how this has affected my life. How do you put a price on something like that?” said the man. “But I probably will take the $75,000.”

“Because of what happened to me, I really don’t have any friends. I’ve had trouble relating to my wife, my kids, my parents. I’m not a drinker, but spending money has been my pacifier over the years. Going to the casino, playing the slots – that is what I do to take my mind off things.”

The man said there was a lot of uncertainty if he doesn’t take the offer. He won’t be able to sue the diocese unless state lawmakers pass the Child Victims Act, which is not guaranteed.

“After that, if I did sue, who knows how long I would have to wait for my case to come to trial – years?” he said. “Then, I’d have to tell my story before a jury. A lawyer would cross-examine me. There could be news reporters there.”

He said he believes that a public trial would be “a lot” more stressful.

The man said he is thankful that the horrible actions of molester priests are being made public by the media, because priests and church leaders know they are under close scrutiny.

“At least, with this being exposed to the public, there should be less chance of things like this happening to the children of the future,” he said.

Waiting for an apology

Some victims worry that by accepting an offer they might inadvertently assist the diocese in keeping the full extent of abuses under wraps.

Shiley said Sheehan first began sexually abusing her when she was 7 years old, and the abuse continued until she was 14. Sheehan, an associate pastor of Nativity of Our Lord Church in Orchard Park in the late 1970s and early 1980s, befriended Shiley’s parents, devout Catholics who were active in the parish, said Shiley.

Sheehan often visited the Shiley family in their home for dinner, celebrated holidays with them and invited the family to his cottage, she said.

“It’s almost like a grooming of the family, as well,” said Shiley. “He used to tell my mother he was counseling me. But there really wasn’t anything wrong with me. I was a normal little girl until this happened.”

Shiley estimated Sheehan molested her at least 200 times, in her own home, in a parish rectory and at a cottage.

He gave her gifts of jewelry, ornate boxes and silver coins during the abuse, which included forcing his hands down her pants and forcing her to stimulate him, she said.

The abuse ended after she summoned the courage to reject the priest, she said. She didn’t reveal the abuses until several years later, after the deaths of both of her parents. Shiley told her brother and sister-in-law. The sister-in-law said she reported the abuse to the diocese in 1994.

The abuse continues to haunt Shiley, 47, who wonders why the Catholic Church did so little to protect her or help her to recover from the trauma of being abused.

“It’s infiltrated every part of my life,” she said. “I want an end to it and I don’t think I’m going to get that.”

Shiley said she still has yet to receive any communication from a bishop apologizing for what happened or offering help.

Rather than accept the offer, Shiley is considering the possibility of suing the diocese if the Child Victims Act passes. That way, she said, she’ll get a fuller airing of what the diocese knew about Sheehan and why they allowed him to stay in ministry until his death in 2006.

“I just want them held accountable in some way,” said Shiley. “I feel they are so disconnected with the victims, with our faces and our hurt and the deep, deep pain that is there.”

Former Rep. Chris Collins is scheduled to begin serving his sentence Tuesday at Federal Prison Camp Pensacola, a Florida facility that, judging from those who know it, lives up to its name.

The governor said, "Nothing else I have done has motivated them. … Maybe money works."

The chancery of the Buffalo Diocese. (Sharon Cantillon/News file photo)