Bears vs. Rams: Latest scores and updates from MNF

Under pressure, Buffalo bishop names 42 priests accused of abuse
0 comments
Share this
Support this work for $1 a month
1 of 2 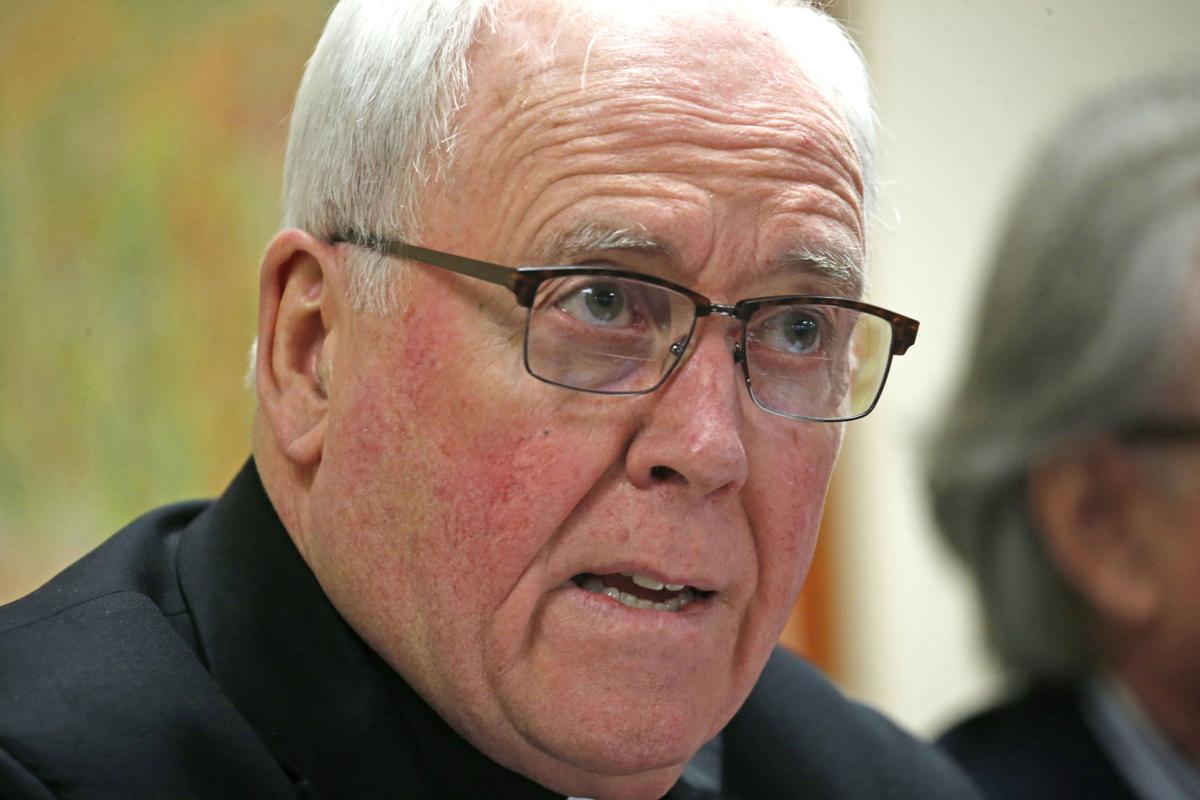 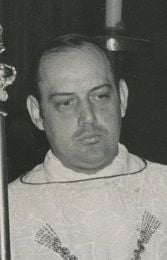 For more than 30 years, Timothy J. Clark lived with the emotional scars of being sexually abused by a parish priest.

The name of the man who allegedly assaulted Clark remained a closely guarded secret. Clark didn't want to talk much about it. Bishops for the Catholic Diocese of Buffalo refused to acknowledge anything about priests who were accused of molesting minors.

Bishop Richard J. Malone altered course Tuesday morning by disclosing the names of 42 priests facing allegations of sex abuse, including 27 priests whose names had not previously been linked in public to molestation complaints. The diocese joined about 30 other dioceses in the country that have disclosed the names of clergy accused of sexual misconduct.

[The names: the 42 Buffalo Diocese priests accused of abuse]

Among the 27 new names was the Rev. Louis J. Hendricks, the priest that Clark said repeatedly abused him when he was a teenager growing up in South Buffalo in the 1980s.

The stunning list stirred a mix of emotions in Clark, a former altar boy who is now 49 and lives in Alaska.

"It was very surreal seeing Hendricks' name finally put out there. And it makes me wonder how much did the church know before he got to me," he said.

Hendricks died in 1990 at the age of 53. Two dozen priests on the list released Tuesday were deceased, including Monsignor Joseph E. Schieder, a powerful cleric who had advised two presidents on youth issues in the 1950s and 1960s. A handful of other monsignors – a Vatican designation reserved for certain priests who were recommended to the pope because of their good work – made the list.

Most of the priests on the list were never prosecuted on criminal charges or sued in civil courts. Some of the priests were quietly removed from ministry under the guise of early retirements or medical leaves. The diocese on Tuesday did not provide any information about the specific allegations against each priest, or disclose where the living priests are residing.

The News uncovered the names of 15 priests on the list in previous reporting on clergy sex abuse.

The diocese has been working on a plan to release the priest names for months, said Malone.

"I have become more and more convinced that it's time to put those names out," he said in an interview in Albany.

Malone was in the state Capitol lobbying with other Catholic bishops from across the state against a provision in the proposed Child Victims Act that would allow victims of child sexual abuse to sue dioceses decades after the alleged abuse occurred.

Malone said releasing the names would bring more transparency to the diocese's handling of priests accused of abuse and help victims heal.

"We know that if a sexual abuse victim sees the name in print of the abuser, sometimes that person might have been ashamed and hidden away and seeing the name there in print, acknowledged by the church, can liberate and empower that person to come forward and we want them to come forward for help," he said.

But victims and their advocates said Malone's disclosures on Tuesday fell far short of a full accounting of the extent of clergy sex abuse in the Buffalo Diocese.

"That's not enough. The bishop should be releasing the files of the diocese, including the secret files, which reveal the names of all the supervisors complicit in the cover-ups," said Mitchell Garabedian, the Boston lawyer who helped uncover how the transfers of molesting priests in the Archdiocese of Boston were authorized by Cardinal Bernard Law. "It's been shown time and again in documents produced around the country that bishops knew and turned their backs on children."

Garabedian also disputed any notion that Malone was being proactive, saying the names should have been disclosed decades ago.

"They're only releasing them now because of public pressure," he said. "The pressure mounts on the diocese to perform some form of spin control as good business."

Other victims and advocates questioned how complete the list was.

"It's just what they're giving us," said Michael F. Whalen Jr. of South Buffalo. "There could be dozens, dozens more that we just don't know about."

Less than a month ago, Whalen stood across from the Buffalo Diocese headquarters on Main Street and publicly accused the Rev. Norbert F. Orsolits of sexually abusing him nearly 40 years ago when he was a teenager.

Orsolits admitted later that day to The News he sexually abused "probably dozens" of teenage boys, and since then, numerous new accounts have come to light from across Western New York of alleged abuse by other priests.

Whalen also pointed to the recent revelation that the diocese in 2016 paid $1.5 million to a man who alleged he was sexually abused by a priest, Rev. James A. Spielman, more than 30 years ago. The diocese left out that settlement figure earlier this month when it said it had paid about $1.2 million in compensation to sex abuse victims over the last 20 years. A diocesan spokesman said the $1.2 million figure reflects only actual diocesan funds and not payments to victims by the diocese's insurance plans.

Malone said on Tuesday that he did not know the total amount of settlements paid to victims and referred the question to diocesan financial administrators. But diocesan spokesman George Richert said later that the number would not be provided to The News.

"They're telling you half-truths," Whalen said of the omission.

Tom Travers, a Buffalo resident who said a Catholic priest abused him in the 1970s when he was an altar boy, agreed. He called the diocese's list "semi-transparent."

"My abuser is not on the list," Travers said.

Travers said he's received communication from the diocese inviting him to participate in its recently created "Independent Reconciliation and Compensation Program," a fund to settle claims of alleged sexual abuse. To Travers, that means the diocese "absolutely acknowledges my abuser."

Travers said the diocese was "hiding behind legalese and not having the moral fiber to be fully transparent." He said he wants the diocese to release the names and locations of all priests it knows were abusers.

The News has developed a list with the names of 53 priests accused of sexual misconduct, including order priests and priests who served at some point in the Buffalo Diocese and were accused of abuse in other dioceses.

Diocesan officials said in 2003 that they had received 93 allegations of sex abuse against 53 clergy since 1950, numbers that were reported to the John Jay College of Criminal Justice as part of a national study of the Catholic clergy abuse crisis.

When asked why the diocese's list on Tuesday didn't add up to at least 53 priests, Malone responded that he dug up only the names of diocesan priests who had been accused. He did not include priests from orders, such as the Jesuits and Franciscans that are headquartered elsewhere and stationed some of its priests in the Buffalo Diocese.

The 2003 accounting "included priests who were members of religious orders and they do not come under my authority," said Malone. "So when we get an allegation about a religious order priest, whoever that is, we immediately offer that victim who called, that alleged victim, pastoral counseling and outreach, but then all of the information goes from us to the religious order authorities and it's their responsibility to take it from there."

"Michael Whalen is a hero in this matter," said Garabedian.

The News reported the accounts of other Orsolits victims. And last week three men in interviews with The News accused the Rev. Donald W. Becker of molesting them. Becker denied the abuse, but the diocese confirmed that he was removed due to complaints of sex abuse.

Several more alleged victims of Becker have contacted The News in the past few days, including a 56-year-old Amherst man who said the priest twice molested him in a cabin in North Java in 1975. The man spoke to The News on the condition that he not be identified by name.

"I was completely knocked off my chair that he had the unmitigated gall to deny it. That just enraged me," the man said. "For him to categorically deny just speaks to his evil."

The man said he had never told anyone about the abuse until Whalen spoke up in February.

"I looked at the man and I looked at the courage it took to do this and I listened to him speak. I was moved, so much so that I told my wife that night," he said.

The man retained Garabedian in an effort to get some compensation for his mental health needs. He said the diocese was being disingenuous by offering a compensation fund and limiting it to people who reported their abuse to the diocese prior to March 1.

Clark, who accused Hendricks, said he reported his abuse to the diocese in 2010 and is hopeful he can receive some amount of compensation, if only to have something he can gift to his granddaughter.

"Nothing's going to erase what's been done," he said.

The molestations, he said, led to destructive behavior, including drug and alcohol abuse. He has frequent terrifying nightmares, thoughts of suicide and trouble trusting people – "all the textbook stuff from being abused," he said.

"I think the diocese knew about Hendricks, knew the whole time he was there," he said.

Sean Kirst: On being Catholic, and the unnamed crime beyond the list