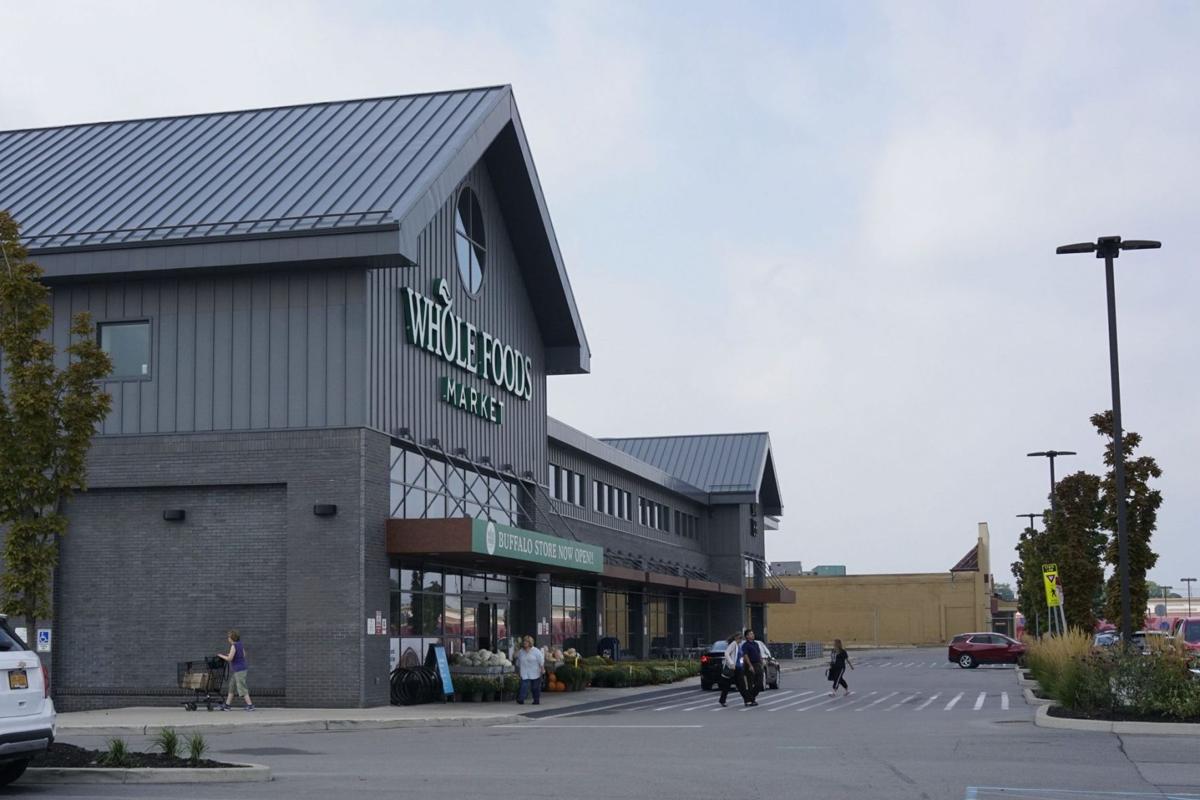 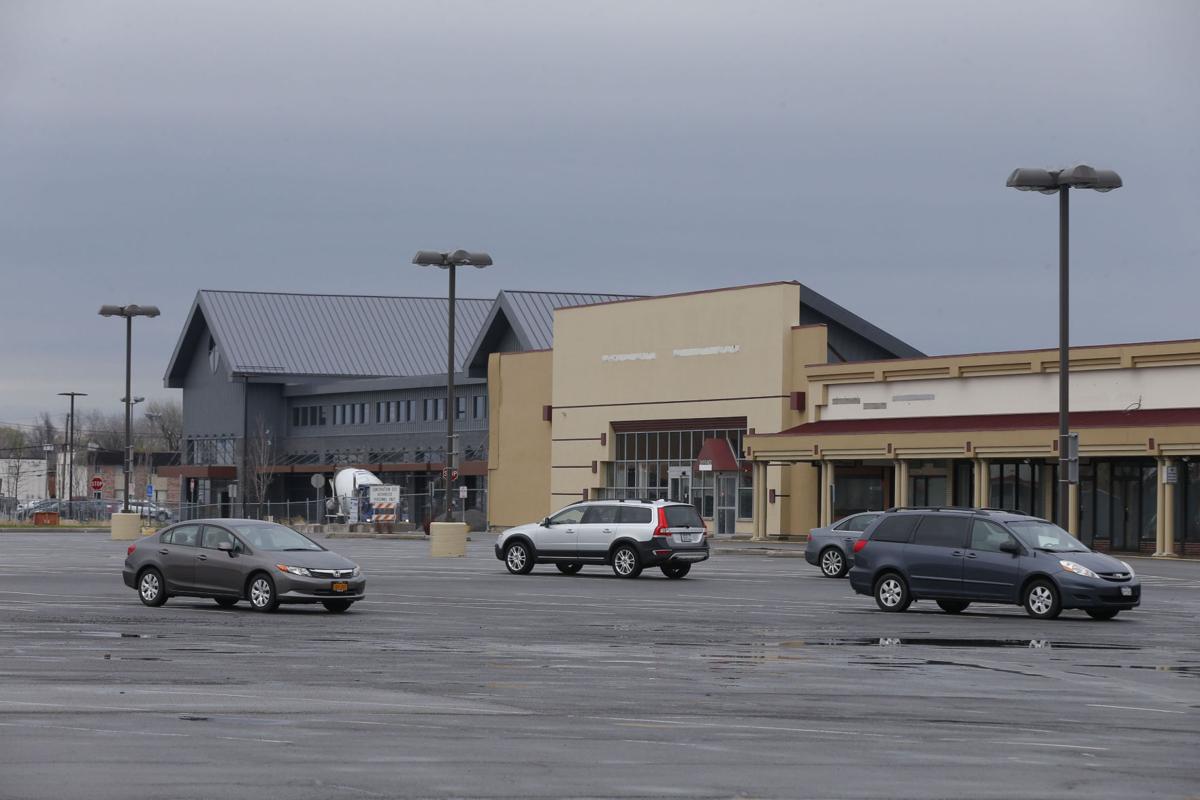 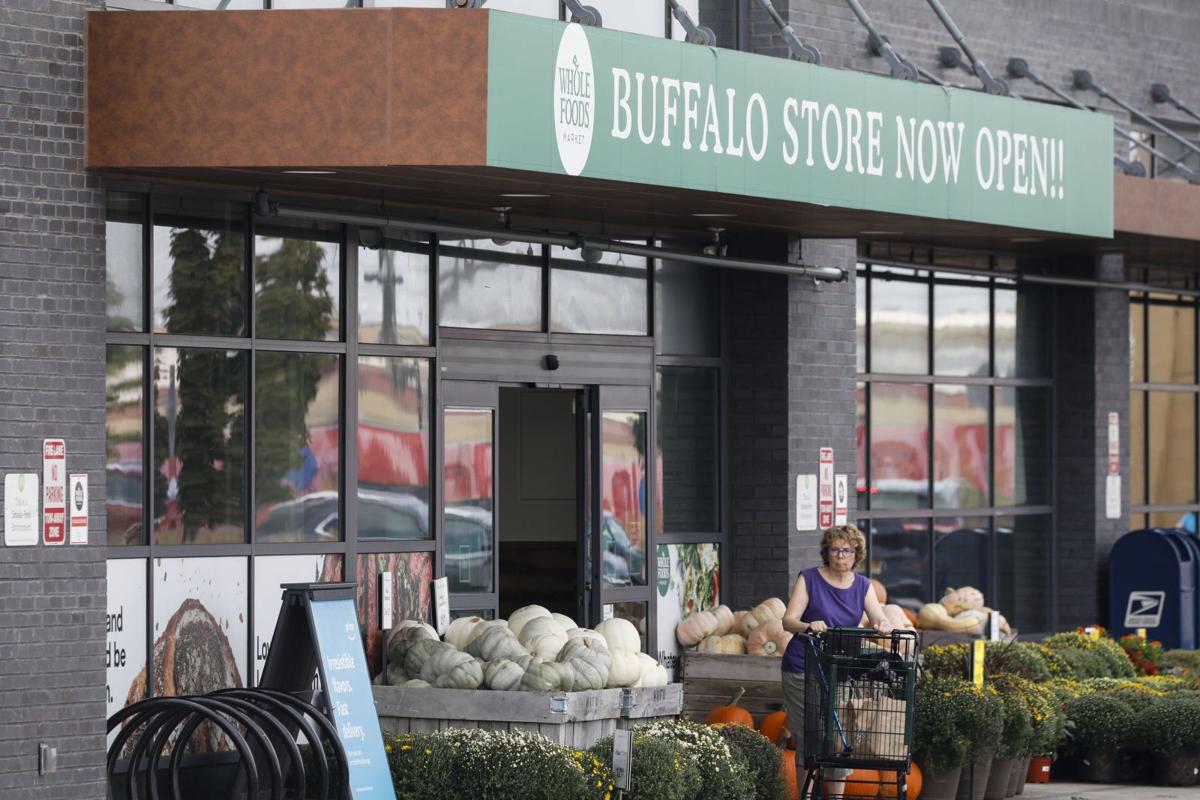 On Sept. 15, 2017, about 400 shoppers and curiosity seekers lined up outside the new Whole Foods Market in Amherst to wait for the store's long-anticipated grand opening.

Beaming Whole Foods employees and community leaders posed for photographers around a table set with loaves of fresh-baked bread, some stamped with the company's name. A customer wore a shirt saying, "I died and went to Whole Foods."

Wednesday, in contrast, a visitor to the store on Sheridan Drive found the parking lot only about a quarter full. The outdoor patio was empty and customers trickled in and out a few minutes apart. Three registers were open, waiting on a total of four customers with small orders.

Mike McLean had popped in to pick up some fresh dill for tzatziki sauce. He figured Aldi wouldn't have it and he didn't want to fight the crowds at Wegmans.

"I only come here when I need to get in and get out, because there's never anyone here," McLean said.

Whole Foods jumped into the highly competitive Buffalo Niagara grocery-store market with fanfare. Shortly before the $15 million store opened, the Texas-based chain Whole Foods got a boost when Amazon bought the company.

But two years on, many industry observers, competitors and shoppers say the Whole Foods buzz has faded here. In fact, one veteran analyst said he believes the store is losing money in its food fight with local retailers and national chains.

“It makes this Whole Foods probably the most idiosyncratic Whole Foods in the world, in that everybody in the market is doing better than them,” said Burt P. Flickinger III, a Buffalo native and managing director at retail consultant Strategic Resource Group in New York City.

The developer behind the Whole Foods project said Whole Foods certainly is not giving up on this market. Once the rest of the former Northtown Plaza fills in with a planned lifestyle center of retail, restaurants and public spaces, Whole Foods will gain visibility and customer foot traffic.

Demolition on former Northtown Plaza to start this month

"Even without that, and being on an island, they're doing very well," said Brian Sciera, senior vice president for leasing at WS Development.

Whole Foods is famously particular about what products it carries in its stores, and fans rave about its extensive organic and prepared foods lineups. Given its national reputation, business leaders expected it to offer strong competition to Wegmans, Tops Markets and other stalwarts of the region's grocery-store scene.

Buffalo boosters also said the arrival of Whole Foods and, earlier, Trader Joe's showed this market was ready for the retail prime time.

Whole Foods stoked interest in its opening by providing regular updates on what the 50,000-square-foot store would feature – A tap room! An indoor bocce court! – and inviting the media for behind-the-scenes tours as the store was built out. It all led up to the excitement of the official opening two years ago.

“To me, it just looks like a theme park,” Nick Murray, the bakery team leader, an expatriate who moved to this store from one in Davie, Fla., told The Buffalo News days before the opening. “I think we have something really special here.”

While the Amherst store had been expected to see $1 million in sales weekly, it has struggled to reach $300,000 in sales per week, according to the firm's estimates. The store is losing money to the tune of about $100,000 per month, Strategic Resource Group said.

Prices are too high, the competition is too good and consumers are too smart, according to Flickinger, the firm's managing director.

Customers here know they can get better prices elsewhere and, with lower household incomes than the national average, they need to save money where they can, he said.

And it wasn't prepared for such fierce competition from Buffalo Niagara's longtime independent grocers, who are in their stores every day, know their customers and know how to give them what they want, he said.

It's a grocery war in Amherst, with 8 stores in 1.5 miles

Whole Foods' marketing and advertising have failed to capture what works here, too. It doesn't do tie-ins with Buffalo's sports teams; doesn't advertise in the newspaper or on the radio; and doesn't offer significant promotions or sales to offset its higher pricing, he said.

And though they could have found a better location, Flickinger said, the site would have been fine if the store were firing on all cylinders.

"If they had done their homework, the store location where it is in Amherst should’ve been a spectacular success," he said.

Flickinger shared similar thoughts on Fox Business News' "Varney & Co." in February, when a question about Amazon's stock price sent him off on the struggles of Whole Foods' Amherst store and the success of Dash's Market owner Joe Dash in beating back this out-of-town competition.

Flickinger said the Dash family was David "beating the Goliath in Bezos and Amazon."

Dash, who received numerous texts and calls after the Flickinger name check, opened a flagship store in May on Hertel Avenue.

"I'm not afraid of Wegmans. Why would I be afraid of Whole Foods?" Dash said.

Whole Foods used to have the market on organics cornered, he said, but that's changed.

The Lexington Co-operative Market, with locations on Hertel and Elmwood avenues, also touts its natural and organic food options but emphasizes buying from local vendors and recirculating revenue in the community.

"Whole Foods, we didn't see as big of a dip with that opening," said Joann Tomasulo, the co-op's marketing and owner services manager. "I think there was a lot of fanfare, but pretty much our customers stayed with us."

Tops Market said it works to stay ahead of industry trends.

"While their arrival didn’t necessarily change how we did business, as our loyal customers are exactly that, we do stay attune" to what others in the same arena offer, Tops President John Persons said in an email.

Wegmans declined to comment on how the chain prepared for Whole Foods' arrival or how the store has affected its bottom line. Wegmans is facing another challenge on its Rochester home turf, where Whole Foods wants to enter the market in suburban Brighton.

The developer behind that project has accused Wegmans of acting behind the scenes to block its competition. Wegmans, for its part, has denied the developer's claims.

Food Trade News doesn't research the Buffalo Niagara market, but it does study 70 counties in and around New York City, New Jersey and Philadelphia where Wegmans and Whole Foods go head to head. The firm's data show Wegmans averages $63.5 million in annual sales at each of its 24 stores, while Whole Foods averages $37.6 million in yearly sales at each of its 58 stores there.

Jaruwan Engel of Amherst used to shop at Feel Rite Fresh Markets, Trader Joe's and Wegmans, but now shops exclusively at Whole Foods because of its quality, variety and, she insists, value.

She finds its prepared foods creative and delicious; scores deals on natural, sustainable seafood; and often discovers exciting new things she has never seen anywhere else. She wishes more people would give it a chance, she said.

But other shoppers at the Amherst store reflected Flickinger's findings: Locals do most of their shopping elsewhere and go to Whole Foods for a few specialty items or out of convenience.

Whole Foods fan Dan Pontius drove from downtown Buffalo to peruse its deep vegan selection but still shops for his non-vegan children at Wegmans because it's less expensive, he said.

Jim Ryan of Kenmore stopped in for a box of organic brown rice crisp cereal, which he can't find anywhere else, but said he does most of his shopping at Tops, Wegmans and Dash's.

"Their prices in produce are too high," Ryan said. "You’re not gonna compete in Buffalo with prices like that.”

Whole Foods declined to make its Amherst store manager available for an interview and did not respond to a list of questions sent by email. The company does not provide sales data for individual stores.

Sciera, however, said the Amherst store is doing as well as expected given it's been on its own in the Northtown Plaza for two years. Asked whether Whole Foods has received reimbursement to make up for the delay in reviving the plaza, Sciera said he's not aware of that.

Construction on the Station Twelve lifestyle center should begin soon, with the first retailers in line to open next fall.

Sciera said this is why the company invited WS Development to help bring the Amherst store to life in what is a crowded grocery corridor. The companies have worked together before, he said, and Whole Foods stores in WS shopping centers perform better on average than standalone Whole Foods stores.

"They're looking forward to us getting underway and opening the rest of the project," Sciera said.

He believes Whole Foods will eventually succeed in Western New York, just not yet and not in its current incarnation.

"Amazon is going to catch it and correct it and be a winning food retailer but not with stores built within five years of when Amazon acquired the company," he said.

Watch now: How many kids are learning fully remotely? Depends on where you live