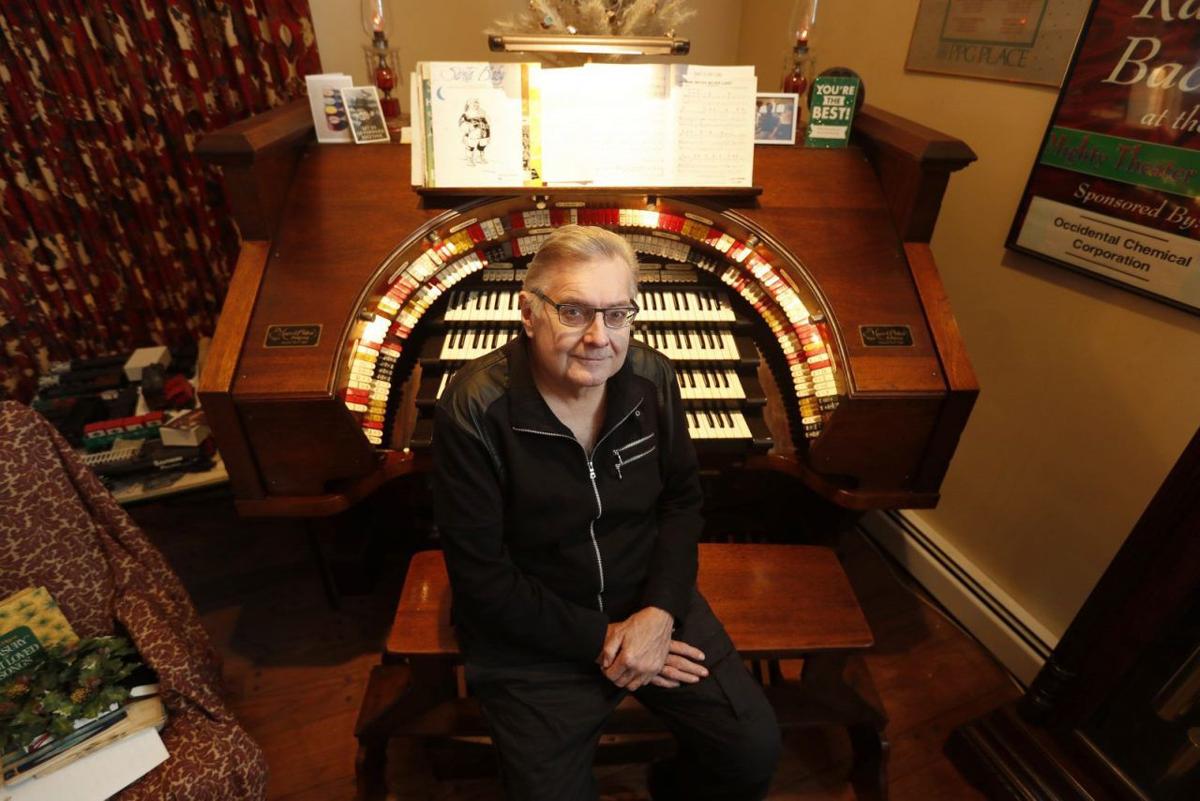 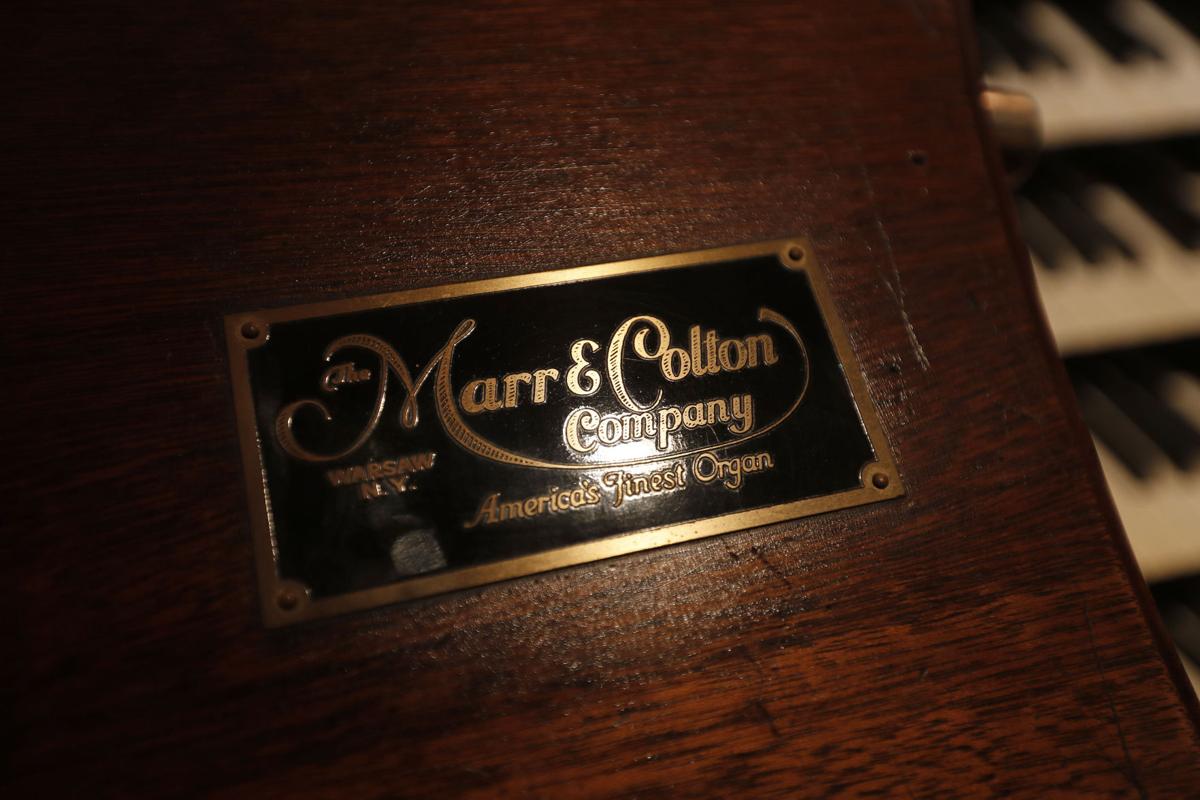 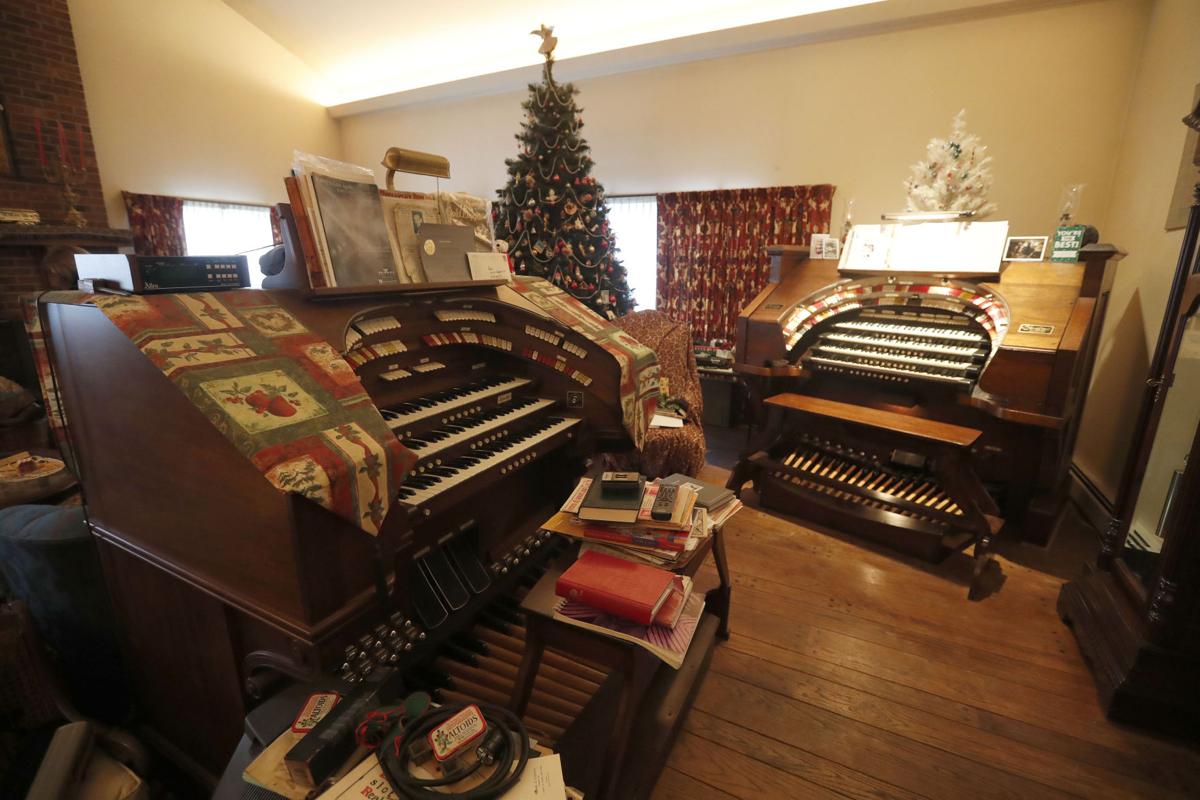 It would be the largest theater pipe organ in New York State, if not for the one in Radio City Music Hall. It is larger than the ones inside Shea's Performing Arts Center and the Riviera Theatre in North Tonawanda.

Today, you don't have to travel far to experience it. In fact, if you live in the Maplemere neighborhood of Amherst, you may have already felt it.

“The house is built specifically for it. It’s built like a fort and it’s almost soundproof so you really can’t hear the organ outside,” said the organ's owner, Ralph L. Bacha. “In the summertime, you could feel it out in the backyard because it rumbles through the ground."

The Marr & Colton organ, originally built for the Roosevelt Theatre in 1927, was acquired by Bacha and his late partner in the 1970s, years after the theater closed and the massive instrument was disassembled.

Bacha's history with music and organs goes back to his childhood in McKeesport, Pa., after he was struck by a vehicle and seriously injured. Both arms and legs were broken, he said.

“I had to play the organ for therapy, so at age 9 while all my friends were out playing baseball, I was in the house practicing,” Bacha recalled.

He studied music at Morehead State University in Morehead, Ky. He went on to become a professional organist and played at Churchill Downs in Louisville and for Pittsburgh Area Theater Organ Society.

When he moved to Buffalo, he was hired as a house organist by Shea’s Performing Arts Center. He also performed in Forest Lawn Chapel, the Riviera Theatre and he entertained lunchtime shoppers daily at the Main Place Mall.

“I’ve had people who actually stood there and cried because the song I played brought back so many memories for them,” Bacha told a Buffalo News reporter in 1991. “They say it’s as though they’re shopping inside of Shea’s.”

Bacha built his house to accommodate the organ, one of about 500 built by Marr & Colton, a Warsaw-based company that went out of business in 1932. It started making beautiful music inside the Roosevelt in 1927 and continued until the theater closed in 1962.

It was not meant to be in a single-family home, which explains why it took one year to construct the 2,500-square-foot home in Amherst and nine years to complete the organ installation.

The organ console is in Bacha’s living room. The meat of the organ – pipes, circuit boards, blower as well as an upright piano and 18 Patrician theater speakers – are in five underground sound chambers accessible through Bacha’s basement.

Portions of the rooms in the labyrinthine series of chambers soar 20 feet to accommodate the organ’s pipes. The piano, minus case and keyboard, is connected to the organ and can be played from its console.

“When this was all built, there was a formula for these sound chambers, a place for all the harmonics to mix before entering the music room. It gives the organ that final punch,” said Bacha, as he navigated the maze of organ pipes and air-circulating fans within the organ works. “A lot of home installations fall flat because people put the pipes in one room and the pipes have no place to speak.”

Upstairs in the spacious music room, Bacha mans the console for a visitor and begins to flip the switches, much like an airplane pilot in a cockpit activating the engines. Playing the pipe organ shakes his soul, said the man who loves to entertain.

“That’s what we did, but we kept it very quiet because we didn’t want [many] people here," he said. "We had parties, but to attend you needed the golden invitation and it was very difficult to get one. We used to have organ club meetings here, and I would catch people going through rooms upstairs.”

Joe Humpe, a pipe-organ builder from Richmond, Ohio, met Bacha in Pittsburgh and over the years has helped maintain the pipe organ.

“It’s a fantastic organ, all original," Humpe said during a telephone interview. "He really restored that old organ. It could sing like a bird, and you could play a piano off its keyboard.”

“He plays in the old style, that big theater organ style,” said the elder Puma. “More people are attending Mass to hear the organ.”

Bacha said he can no longer afford to maintain the pipe organ that has been a part of his life for decades so he is selling his home and looking to donate it so it can be appreciated by a public audience.

An auction house has agreed to sell other musical instruments Bacha and his late partner collected. The Seeburg flute nickelodeon, Mason & Hamlin reproducing piano, Steinway Model B classic grand piano and Regina music box will all be sold in March by Cottone Auctions.

Bacha wants the pipe organ to become a community treasure, and he hopes to find a person or group to accept the instrument as a donation, disassemble the organ and put it to use.

“When I crank those speakers up, boy. That sound comes out of the chambers like a steaming locomotive,” he said. “When you hear a pipe organ play, that power makes the hair on the back of your neck stand up.”