Thomas Matusak supports President Trump, so when the Covid-19 pandemic wiped out his usual business selling a variety of small goods at fairs and festivals, he decided to use Trump-themed goods as a financial lifeline.

The location for his Trump Store, however, has caused some debate. He parked his trailer beside the main driveway leading into Gratwick-Riverside Park, a North Tonawanda city park along the Niagara River.

City Attorney Luke A. Brown said the business is illegal under a strict reading of the city code, but enforcing its ban on commercial advertising on city property would endanger the popular city market, which also is held on city land.

“My opinion to the Council was there shouldn’t be any advertising or any business on public property," Brown said. “Because it is political, this particular one, you can’t selectively enforce it against that, because then you might have a constitutional issue. You would have to enforce it on all property.”

Mayor Arthur G. Pappas, who signed the city peddler's permit for the store, said the city has only received "a handful of complaints."

"I think there's some holes in our city code," said Alderman Austin J. Tylec, the only Democrat to win a local election in North Tonawanda in recent years. “Based on that code, if we were to set parameters in place for the Trump vehicle not to be there, we would then have to not allow market vendors to be at the market, which seems odd to me."

Matusak said he was working at a fair in Sarasota, Fla., in March when the pandemic shut it down. One after another, he received emails telling him that all the other events he planned to sell at also were canceled.

“I guess I was home for the first month, watching too much Fox News, and I said, ‘I’m gonna go out there and I’m gonna start selling some stuff promoting this guy.' And here I am," Matusak said.

North Tonawanda is a conservative city. According to Niagara County Board of Elections figures, Trump carried the city in 2016, polling 7,623 votes to 5,482 for Hillary Clinton. In local elections, Republicans almost always win.

Some residents have complained that the Trump Store violates a city code provision barring "concessions" in city parks. Brown disagrees.

Matusak paid $35 for a city peddler's permit for the rest of the year, and Pappas signed it June 26. Matusak said he tried other locations in the city before settling in the park. The Council then asked Brown for a written opinion.

"I advised that, reading the code strictly, there should not be any advertising in Gratwick Park or any of the city property including the city market, Deerwood Golf Course, Gateway Harbor, etc.," Brown said.

Brown said he has asked the Council how he should proceed but has not received a response.

"What it comes down to is, I don’t care if it’s a red truck or a blue truck, I just don’t think politics should be in public spaces like that, especially public parks," Tylec said. "If it was something where he wanted to sell things at the market, I think that’s a discussion piece. I think he has every right to be there based on our city codes unless or until we ever change them.”

Among a steady stream of customers Tuesday was Gary Favero, of Wheatfield, who bought a Trump flag.

"This is going to fly high," Favero said. “It’s the party that I chose and I’m proud of it and he’s doing a great job. That’s the way I feel. Right now the political climate’s pretty crazy so it’s risky even flying this, but what are you going to do?”

Matusak said he likes the business because he meets a lot of like-minded people.

"A lot of people even thank me for being here," Matusak said. "They’re finally saying, ‘I’m tired of not saying how I feel about things and I’m going to buy some merchandise because I’ve had it.’ "

But, he said, he's also threats.

"We get a lot of negative comments every day from the road. You can hear them," Matusak said. "They’re at the red light, screaming. It’s all in a day. It doesn’t intimidate me. "

U.S./Canada travel is not bouncing back. And officials on both sides of the border are worried

"At a time when most people are getting back to a semblance of normality, the border communities in the U.S. and Canada are not nearly where they should be," said Rep. Brian Higgins, D-Buffalo. "This is the beginning of the travel season for 2022 and we still have all this redundancy and obstacles that we need to get rid of."

A Buffalo pediatrician and two of his daughters died in an overnight fire in North Buffalo, according to the Buffalo Fire Department. The mother injured in the Huntington Avenue fire was taken by ambulance to Erie County Medical Center. She was listed in serious condition.

Two Grand Island residents have had enough of putting up with a bar overlooking the Niagara River near their homes, where they say the patrons are boisterous, raucous and loud and frequently use foul language and display lewd behavior.

Former Canisius College athletes can proceed with lawsuit: 'Culture on the team was so toxic'

Three former Canisius College track and field athletes can proceed with their sex discrimination and retaliation lawsuit against the college, a federal judge has ruled, but most of their claims against the team's coach and also the college's athletic director were dismissed.

Louis Ciminelli could be released in wake of Supreme Court decision

Louis P. Ciminelli and others imprisoned in the "Buffalo Billion" case could be released from custody soon if the judge who presided over their trial agrees that should happen in light of the Supreme Court's decision to hear their appeals.

As expected, a federal judge has approved the release of Louis Ciminelli and the other “Buffalo Billion" defendants in the wake of the U.S. Supreme Court’s decision this week to hear their appeals.

Unbelievable! This is the moment after a gunman opened fire in a crowd in Philadelphia 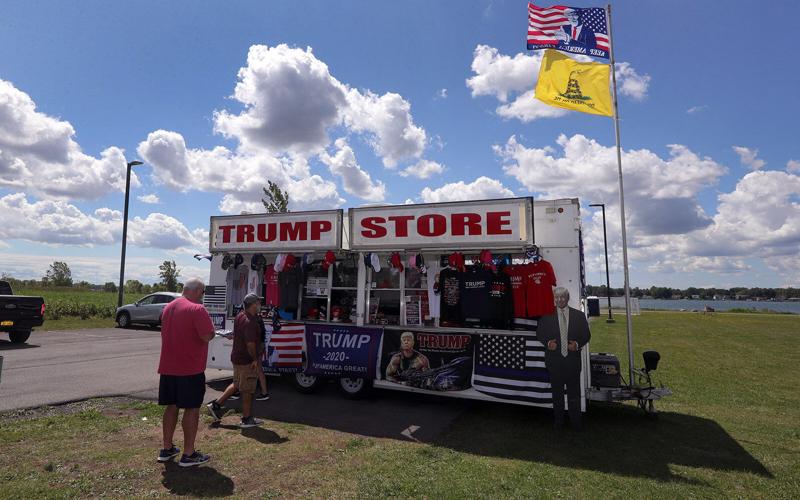 Shoppers drop by the Trump Store at Gratwick-Riverside Park in North Tonawanda. 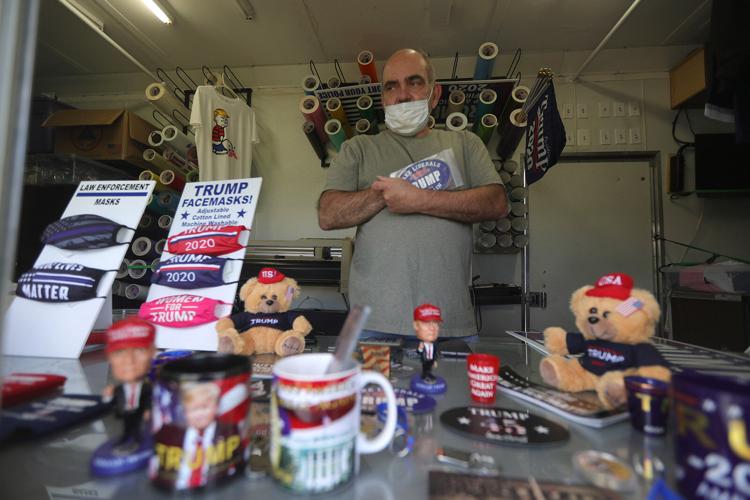 Thomas Matusak with some of his wares at his Trump Store in Gratwick-Riverside Park in North Tonawanda on Tuesday, Aug. 18, 2020.