Things were getting a bit loud at Metro Rail's Utica Station right around 3:05 p.m.

A couple of dozen teenagers had gathered at the station entrance after school was dismissed. Others were passing through the gates to and from the subway below. Many were shouting, some jostled each other – a scene that might have been intimidating to a commuter entering the system.

But no teens crossed the line between real mischief and adolescent behavior that afternoon, possibly because of the phalanx of Transit Authority Police Department officers spread through the station. A least six patrolled for the key time surrounding dismissal from nearby schools. They talked and joked with the loudest teens, referring to some by name. And when the students eventually dispersed, it appeared the proactive approach defused the possibility of any reactive response.

A special new detail of four transit officers called the Transit School Resource Unit now roams the Metro Rail system, as well as key bus stops when school lets out each day, calming the effect of approximately 10,000 students flooding into public transit. According to Brian Patterson, new chief of the Transit Authority Police Department, the aim is to tone down the high-energy afternoons so that current and prospective riders feel comfortable and less intimidated.

"The unit's job is to make connections with the schools, get to know the students and create an expectation of the kind of behavior we want during the commute," Patterson said, acknowledging that the daily swarm of students can be "disconcerting."

"Imagine the challenge of several hundred kids converging on one place," he said of school dismissal time, but noting his officers' adaptations.

"We need officers who understand the difference between kids just letting loose and the group seeking trouble," he said. "They're very good at using discretion. You can't arrest your way out of everything."

The new transit police unit mirrors similar efforts enacted as far back as the department's 1984 debut. But now, it serves as centerpiece of a new initiative called Ride Nice, about to be rolled out by the Niagara Frontier Transportation Authority.

It aims to showcase the school unit's work, reassure regular and occasional riders' concerns about safety, and eliminate any fears as a reason for shunning buses and trains. James Morrell, the NFTA's director of public transit, said the initiative stems from new efforts to regain commuters who left the system during the pandemic, as well as occasional riders attending downtown events.

"We're starting to get reaction to that message: We're here. We're changing the system. Come on back. We're safe," he said.

The effort seems to be working. NFTA officials say that since the new unit began its work on Oct. 25:

• Police presence on trains increased by six hours per day.

• Weekly rider complaints decreased 40% (from five to two per week).

• Robbery, assault and larceny fell by more than 40%.

Riding Metro Rail between the Utica and University stations a few days ago, Patterson pointed to Officers Colin Griffiths and Mason Jones as the department's "front line" in maintaining order in the subway. They represent what commuters have been asking for – a "presence" on trains and in stations. After taking over as the new transit chief in March, Patterson said his department began preparing for the return of commuters who left the system during Covid-19 restrictions.

"I said we need to immediately put our money where our mouth is with a message that says 'let's make sure our people feel safe,' " he said. "And the first thing was improving that 'presence.' "

Now the special detail rides the rails and patrols the stations at peak commuting times, with a special emphasis on the hours between 3 and 5 p.m. after school. Serious crimes in the subway are rare, he said, but transit officers must create a feeling of safety and security for the benefit of the system's other riders.

"If there is any mischief or student-related issue, they follow up on it and notify the school – 'This student was observed doing this or that,' " he said of the detail's responsibilities. "The idea is to create accountability."

The Ride Nice program will re-enforce those concepts with the public, he said.

"We'll coordinate our message with the schools about what is expected of students," Patterson said. "We are letting students know that their behavior on their commute is just as important as their behavior in school."

Griffiths, a five-year transit veteran after an eight-year stint as a police officer in Virginia, said making commuters feel safer by responding to complaints about panhandlers or smoking makes them feel better about using the system, especially after constantly handling complaints about marijuana use on trains or in stations. Marijuana may be legal, he notes, but smoking in the system is not.

"We do know that when folks see a police officer, they love it," Griffiths said. "We just try to be visible."

That seems to be working for Metro Rail riders like Idris Abdel Alim at the Utica Station last month. He said the system seems safer than before.

"Six months ago, there were guys in here who would rob you," he said. "Now, it's safe."

Jim Shelton, aboard an outbound train from his downtown office, said he is never bothered by rowdy kids, but acknowledges he likes the presence of transit police.

"It's nice to have them in the stations," he said.

And Shana McBride is glad for their presence when teens start roughhousing on trains or in stations. She calls that "unsettling."

The NFTA is also working with the Peacemakers, a group of adult volunteers who have long acted as intermediaries on the streets and youth gathering places. Wearing distinctive black jackets, as many as four Peacemakers also roam through stations each afternoon to supervise students – many of whom they know from their own neighborhoods.

"We try to keep order as best we can, often by just listening, and try to intervene," said Jackie Sagere, who has been working the Utica Station for 12 years. "I guess I have a gift for it."

Morrell of the NFTA staff notes the Peacemakers can prove especially effective because they are often known to the commuting students.

"They're not there in place of transit police, but they provide this other layer that's like: 'Johnny, what are you doing? I know your parents.' It's more community-based. In this case, the Peacemakers are providing an essential service for us," he said.

Morrell says more is slated as part of the Ride Nice campaign. Schools will be involved, and a major campaign is planned to let riders know that the NFTA and Buffalo Public Schools both expect their student riders to adhere to a code of conduct as part of the transit passes they receive from the district.

In addition, ticket inspectors who will soon be rendered unnecessary by Metro's new turnstile fare collection system will now act as "transit ambassadors" to assist riders and report bad behavior to police. They combine with cameras on trains and in stations that are constantly monitored.

Morrell thinks the results are already encouraging, especially because of Patterson's new patrols.

"Brian had a huge challenge. We told him we have to get the trains under control, and with all our collective efforts, he's done that," Morrell said. "It's definitely working."

"Kids will be kids. They can be rowdy and loud. This age-appropriate behavior can be interpreted in many ways, sometimes resulting in misunderstandings – between each other or the general public," writes The News' Editorial Board. 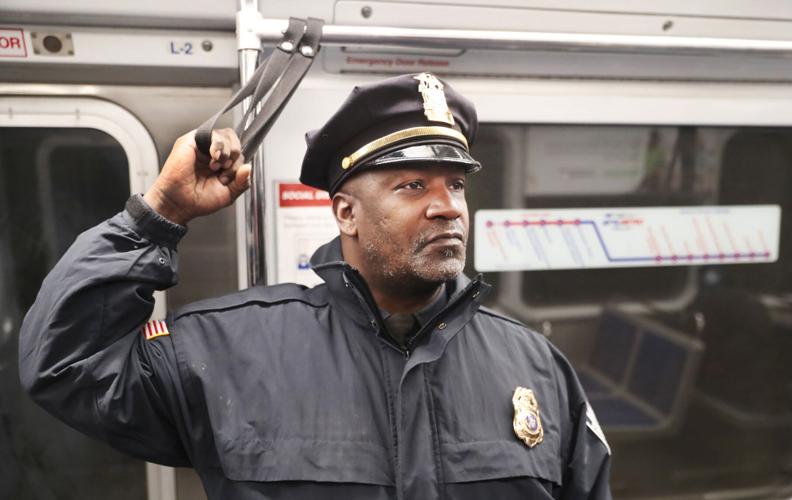 Transit Authority Chief Brian Patterson takes a ride on the Metro Rail in Buffalo on Dec. 20, 2022. 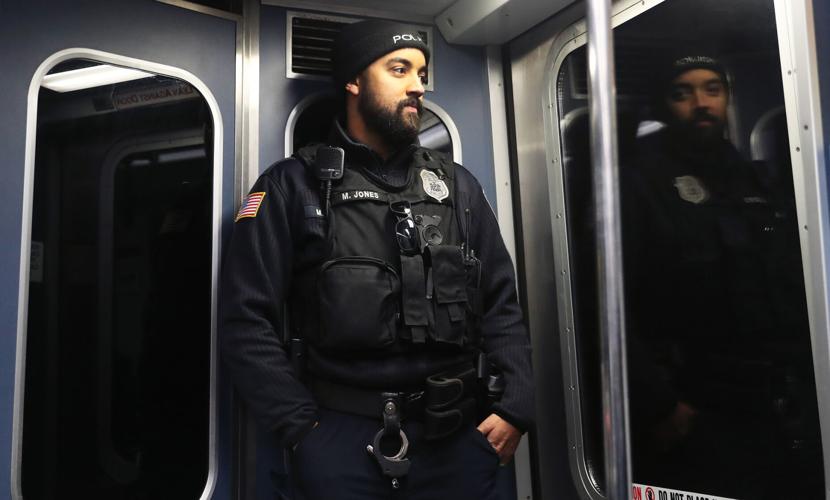 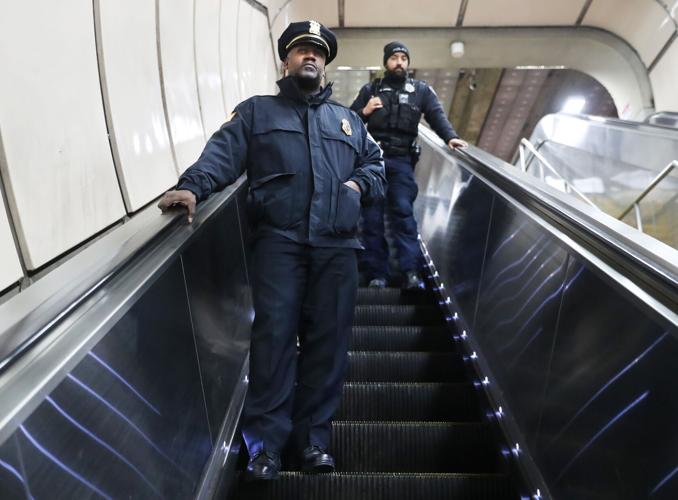