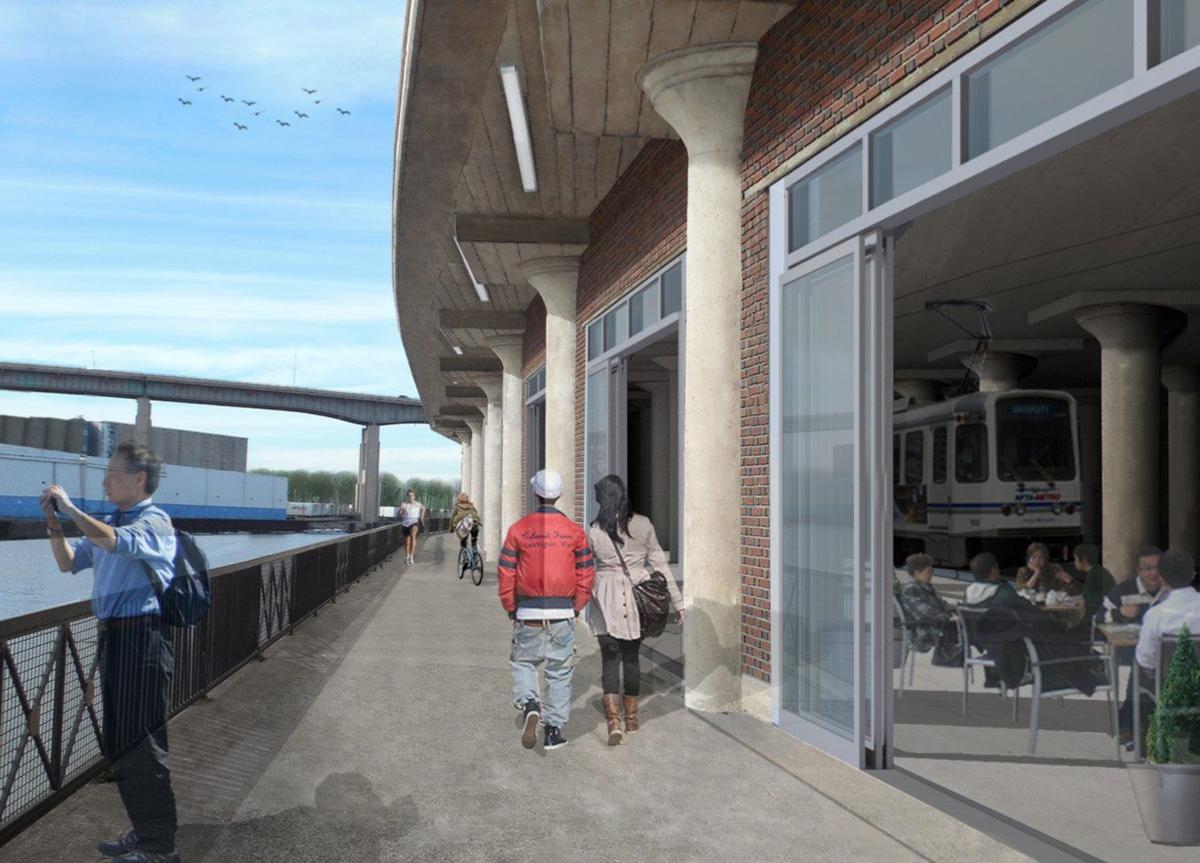 Metro Rail traffic would be routed onto the ground floor of the DL&amp;W Terminal along the Buffalo River and a walkway would be installed. 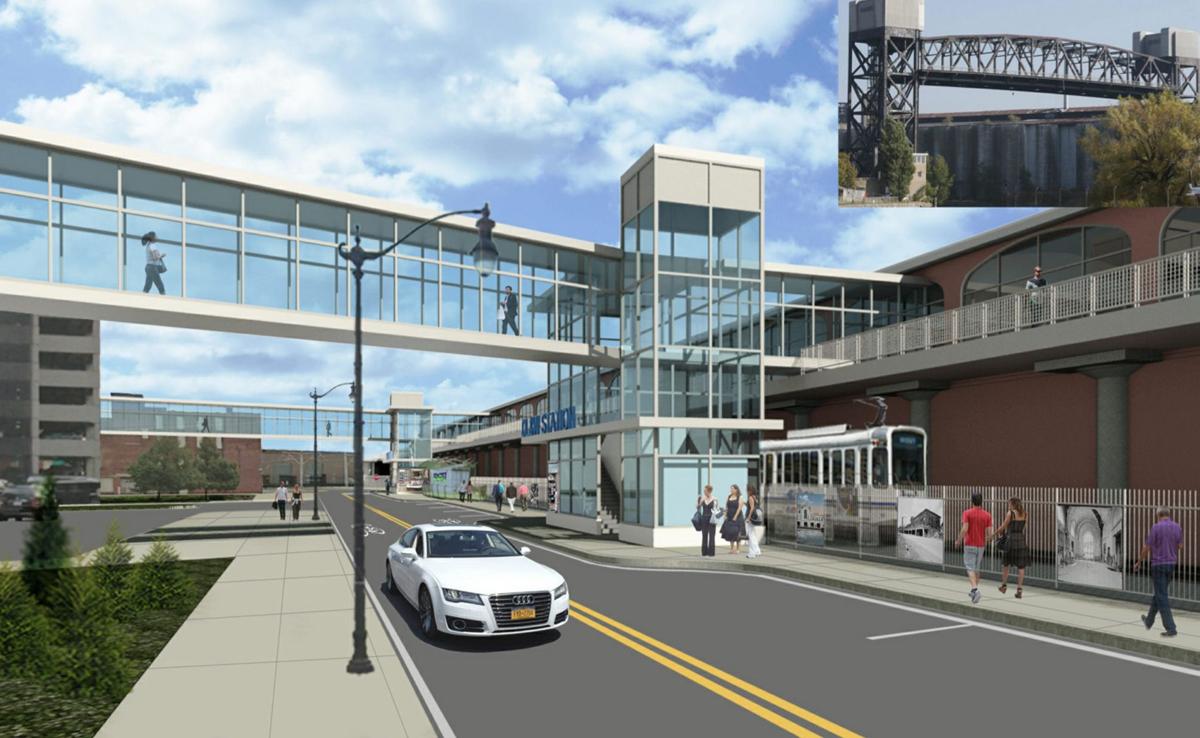 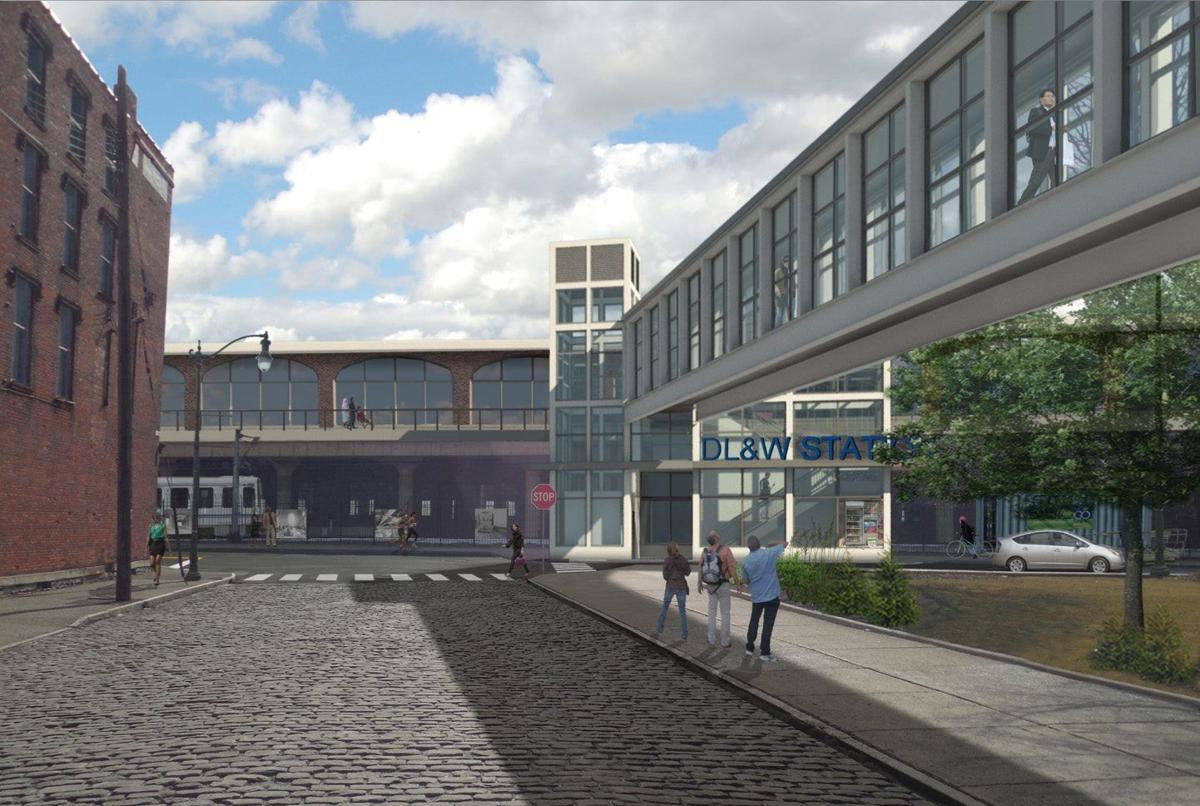 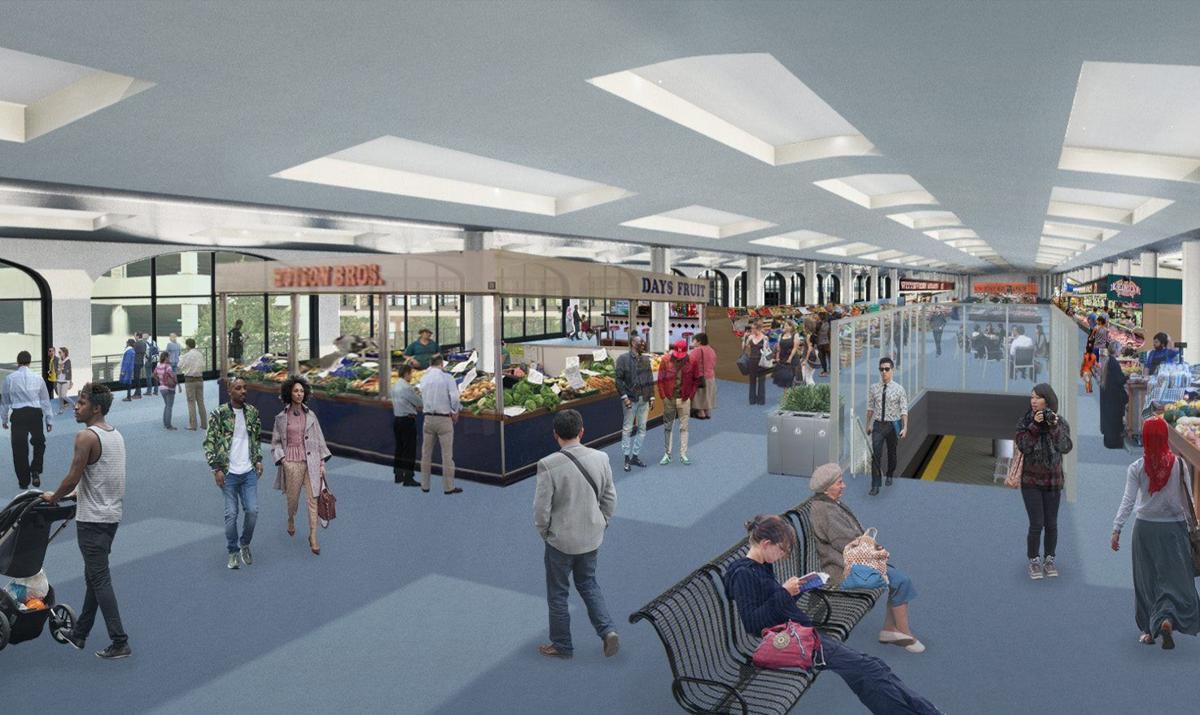 The second level would include commercial development.

New attractions are breathing life into the Cobblestone District.

Now the potential jewel of the Inner Harbor – the historic Delaware, Lackawanna and Western Railroad Terminal – is poised to resurrect as a busy transit hub and commercial center under a plan the Niagara Frontier Transportation Authority finalized Thursday.

Though other concepts were considered, NFTA commissioners settled on staff recommendations for “Alternative B” – routing Metro Rail traffic onto the ground floor of the complex along its Buffalo River side, with shops and other commercial development on the second floor.

Transit planners still have no money in hand, and construction probably can’t even start before two years.

But the approval offers the most concrete development in the structure’s history since Metro Rail established its Yard and Shops Complex in 1984.

Transit planners envision Metro trains ferrying thousands of fans to Buffalo Sabres games and other events, where they will climb stairs or ride escalators and elevators to the vast second floor train shed.

Planners hope to attract significant commercial development to the 140,000 square feet of indoor and outdoor space, and to build two skywalks to the adjacent First Niagara Center and parking garage.

The NFTA now can apply for around $42 million in mostly federal money to do the job, aiming to resurrect the building into the transportation hub envisioned when it was built 99 years ago.

“This alternative helps set up the redevelopment of the DL&W,” NFTA Executive Director Kimberley A. Minkel said, pointing to a long-held NFTA goal that hinges on access to the vast second floor train shed above Metro Rail’s Yard and Shops Complex.

Though challenges remain in funding both an environmental review and the construction, Minkel said the authority remains optimistic about an eventual plan that includes these highlights:

• Pushing Metro Rail beyond the Erie Canal Harbor Station, eliminating the Special Events Station to its south, and directing traffic onto a track inside the DL&W complex immediately adjacent to the Buffalo River.

• A new station on the terminal’s ground floor.

• Access to the cavernous second floor that until 1962 served six DL&W passenger trains at a time. Providing that access has always proved key to attracting the interest of commercial developers.

• Skywalks connecting the DL&W’s second floor to First Niagara Center and its parking garage. Some see the garage also serving Southtowns commuters who could leave vehicles there and take Metro Rail to jobs on the burgeoning Buffalo Niagara Medical Campus, where parking is expected to be at a premium.

• Possible docks in the Buffalo River that could serve the complex and add another mode of transportation.

“The big advantage is that it will be a weather-protected station to help with our vision for a ‘coatless environment,’” Minkel said.

But the key to potential commercial development on the second floor, she said, has always been access.

“Every time we show that space to developers, they’re amazed at the quantity of space, the location and the potential,” Minkel said. “But access to the space has always been a challenge. This will provide for greater utilization.”

The decision to use tracks leading into the river side of the complex eliminates the option of a similar station on the building’s South Park Avenue side. While that idea would have afforded greater visibility to Metro Rail and had other advantages, Minkel said the river approach provides better access to a potential commercial space that must be crossed before reaching the skywalks.

Minkel said more preliminary steps lie ahead. The authority will now apply for federal and state funding for a required environmental impact study that should cost around $500,000 and could take six months to a year to complete, depending on the required scope.

Once environmental studies are completed, she said the authority must then initiate another round of funding requests for construction costs. Minkel estimates construction probably still lies at least two years in the future.

Metro Rail trains have been rumbling in and out of the complex since service started in 1984, picking up where the Erie-Lackawanna – the DL&W’s successor – left off after it ended passenger service. The former freight house below houses Metro Rail trains.

NFTA officials point to similar facilities, such as Union Station in St. Louis or the Reading Terminal Market in Philadelphia, that now offer thriving retail attractions. They say the sights and sounds of a working rail complex combined with the surrounding industrial ambience – including the sweet smell of Cheerios baking at adjacent General Mills – may hold the key to unlocking the Cobblestone District’s potential.

In 2015, the explosion of development around Canalside and the Buffalo waterfront prompted authority planners to examine how best to serve the area. Their ensuing $300,000 transit study conducted by Parsons Brinckerhoff also aimed to examine better links to the Amtrak station on Exchange Street and enhancing the role of Metro Rail’s Erie Canal Harbor Station.

Metro Rail traffic would be routed onto the ground floor of the DL&amp;W Terminal along the Buffalo River and a walkway would be installed.

The second level would include commercial development.