The 1.5-mile abandoned rail corridor that runs from Canalside to South Buffalo now has a name.

"The Riverline," unveiled by the Western New York Land Conservancy on Tuesday, comes as the latest step to turn the DL&W corridor along the Buffalo River into an urban nature trail and greenway. The conservancy has branded the trail with a logo with letters that resemble ripples on the surface of water, a short video and revamped website. The new identity will add momentum to concept and design work the conservancy hopes to start in early 2020, culminating with a final design by early 2021.

The conservancy stressed fundraising will be needed. It's expected to cost an estimated $21 million to restore wetlands, forest and meadows, remove non-native invasive species, repair some railroad infrastructure and add benches, signage and well-lit pathways among other amenities. That figure could be significantly different after the final plan's cost estimates are completed.

The conservancy still must raise about half of the $900,000 needed for the concept and design work to begin. But conservancy officials are confident the new name and identity will boost attention and attract more donor support.

"I really like the way that this name captures our connection to the river," said Nancy Smith, the conservancy's executive director. "The water is our past and our future and our name captures that, as well as being a linear walking and biking trail."

"The identity makes it more real for the community," added Anthony Armstrong, the project manager.

The conservancy is a not-for-profit land trust that permanently protects nature areas. The organization began the Riverline project in 2017. The corridor runs through the Valley, Old First Ward and Perry neighborhoods and is owned by the Niagara Frontier Transportation Authority, which would lease the land to the conservancy.

There are no longer rail tracks along the abandoned corridor.

Three sections of the planned trail were also announced. "The Del," a name used by the community for decades, would be used for the northern end of the corridor. "The Junctures," the middle section, was chosen to reflect the intersection of neighborhoods and to conjure the link between the site's past and future.

"The Basswoods," at the southern end intersecting the Buffalo River, is intended to honor the site's Native American heritage, since the land was once known as "the land of the basswoods," Smith said.

Jajean Rose-Burney, the conservancy's deputy executive director, said other Riverline-type projects have tended to be constructed and opened in phases, and he hopes the first phase could open in two to three years.

But there are challenges, he said, given that the corridor has long been abandoned.

"The High Line is very built up, and much more expensive and elaborate than we would ever try to be," Rose-Burney said. "We are a conservation organization, and we want to bring nature to people, and so we are going for a look that looks more natural."

The conservancy will continue its outreach to all three communities for their input, Smith said. About two dozen community meetings have been held over the past two years.

The Office of Parks, Recreation and Historic Preservation has provided the largest financial support to date – a $369,000 partially matching grant to help fund the project's concept and design phase.

"It took us too long to embrace our industrial past, but that day has finally arrived," Hochul said.

The short video, made by Paget Films as part of the marketing campaign, can be seen at theriverline.com.

In June, a Buffalo firefighter and a New York City landscape architecture firm emerged as top winners in a design competition for the proposed linear park.

Mathews Nielsen Landscape Architects (MNLA), a 32-person New York City landscape architecture firm, submitted “All Aboard! Reclaiming Hill & Del,” which calls for a bicycle, pedestrian and recreational path in an environment of native trees, shrubs and wildflowers. Its concept gives a nod to the corridor's transition from rail to a "trail experience aided by bridges and lookouts providing Buffalo residents with the space to walk, run, bike, skate, ski, slide, play while connecting with each other and the surrounding nature."

The Riverline, a project seeking to transform the former DL&W rail corridor into a 1.5-mile urban nature trail along the Buffalo River, go… 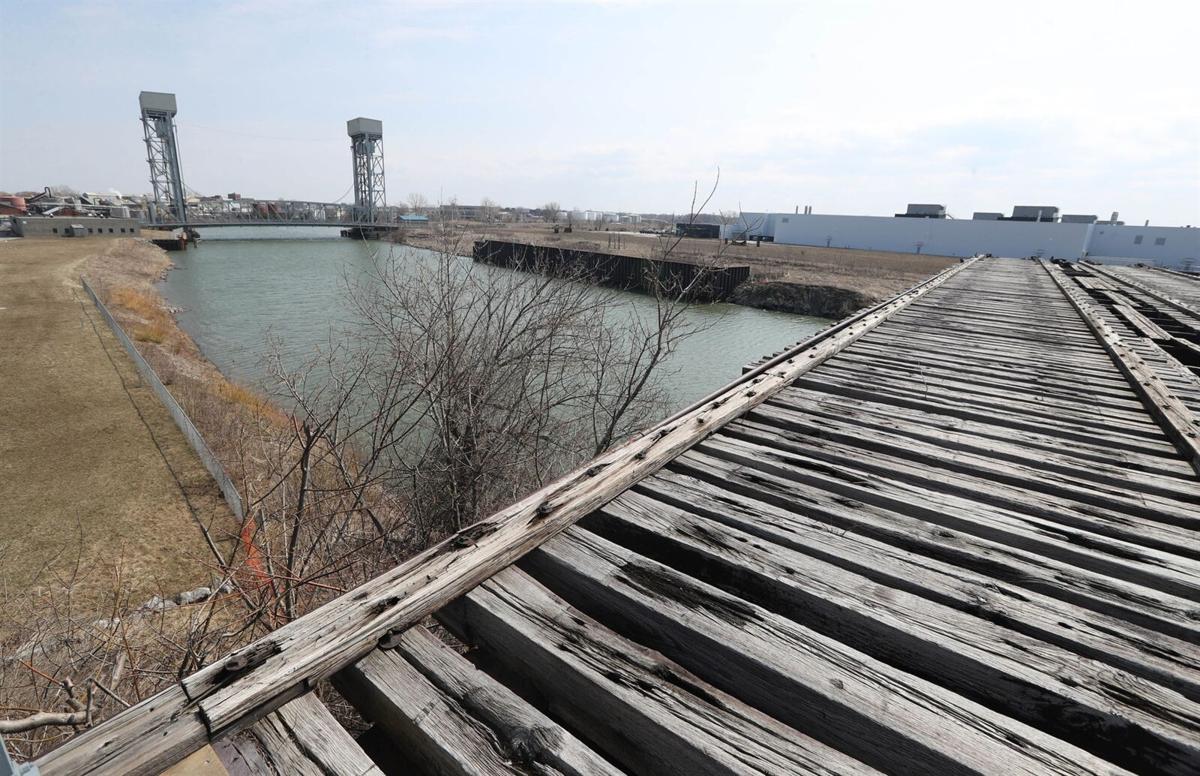